September was a month of appointments. We spent a lot of time in waiting rooms, and then exam rooms, but at least we are all healthy!

The kids had dental visits and well child exams. It was Davey's first visit to the dentist and I was a little worried about taking them both in by myself in case someone reacted badly, but thankfully they both did great. We did learn from the dentist that the water here has too much naturally occurring fluoride and he suggested that we start getting bottled water for the kids, because too much fluoride can damage permanent teeth that haven't erupted yet and permanently stain them brown. I looked up the levels when I got home and our city water is almost twice the recommended level for kids so bottled water it is! We already had purchased a fridge filter because the water here has a funny taste, but those don't remove fluoride, which is normally beneficial. So now we are the proud owner of several jugs that we fill with 15 gallons at the water station. Kind of a pain, but at least it isn't too pricey and the kids will hopefully have good teeth later because of it.

Sadly I couldn't get their doctor appointments on the same day so we had to go in twice. I took Davey in first while Sophi was a school and then we went back all together the next week for her turn. Both kids got shots and unfortunately the nurse here is not quite as speedy as the one we had in Utah and so it was a pretty traumatic experience. Sadly they did not have flu shots in yet at their clinic so we will have to go back in once more when those arrive.


Davey was thrilled about the superhero decorations in his exam room. There were also masks and posters on the wall featuring all his favorite characters. Sophie was allowed to bring Purple to her check up since she was getting shots. It was a bad experience, but at least she's all set for kindergarten next year! 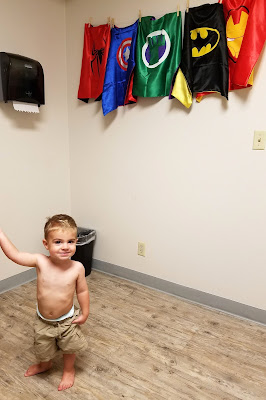 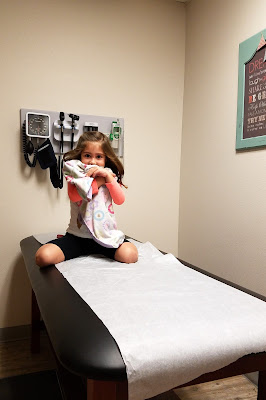 I was also able to finally get in for my first OB visit this month. I wanted to be seen sooner, but the schedule was full so I had to wait until I was almost 14 weeks along for an appointment. Because they couldn't accurately date the pregnancy from my last period (it was over 2 years ago), I went back in for a dating sonogram a few days later. And then I go to go back in once more a week later to meet my doctor and discuss how things were going. A lot of visits, but so far it looks to be a healthy pregnancy!


Our first glimpse of Peppercorn 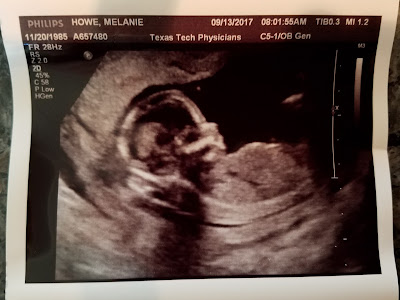 This was a picture of the baby's foot, but when Sophie saw it she immediately declared, "Our baby is a girl!!" When I asked her how she knew, she said it was because the baby had such beautiful eyelashes :) 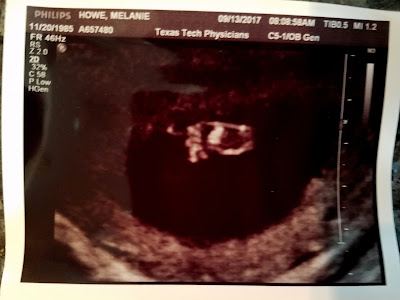