Not quite Barnum and Bailey, but still good

Normally on weekdays we are kind of homebodies - after a full day of work and school we come home to eat, relax, and then go to bed before doing it all again the next day. This week we livened things up by not only going to the big game, but also to the circus!

It was kind of a spur of the moment decision to go after I got a coupon for work, but it was really fun and we're glad we went. Part of what made this circus so awesome was that it really wasn't that awesome. At times I was actually afraid the "death defying" acts really would end in death. The tight rope walker slipped, the trapeze net was set up incorrectly, the blind-folded guy on the spinning wheel walked right into a bar, and the motorcycle cage was rocking like crazy before a couple guys ran out to stabilize the supports. Good times!

This guy built a tower of chairs one at a time - adding a chair, then climbing up on top. After the last chair he froze for at least a couple minutes trying to get his balance back before the final pose. TA-DA!! 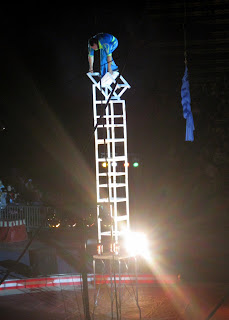 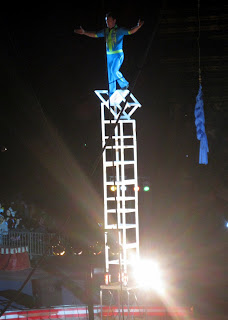 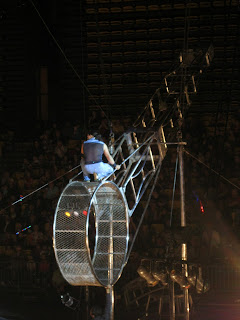 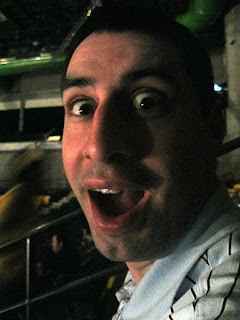 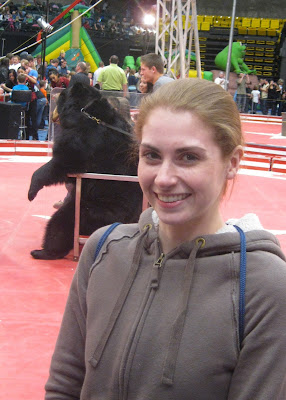 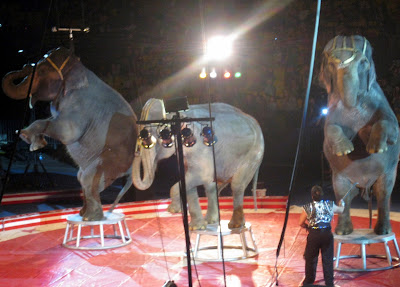 Motorcycles in the cage (of death) - I thought it looked small for one bike, and then they threw three more in and it really started rocking! 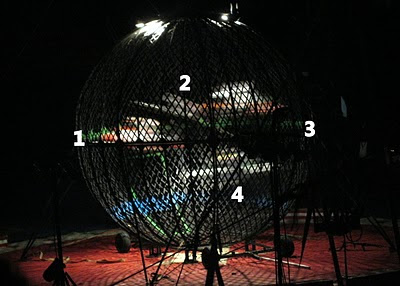 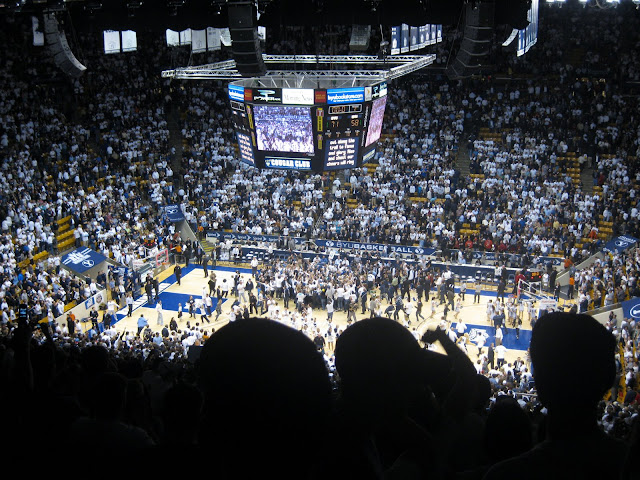 Awesome game - match up between two top 10 teams, Jimmer scored 40+, the game was close almost the whole way, but we came out on top! 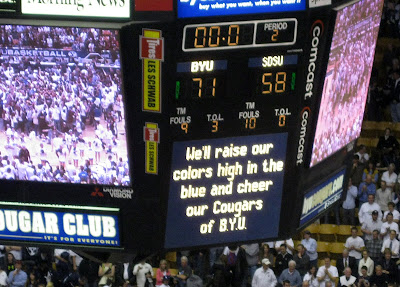 Was it worth it to have to be there way early and hang out on our bench for a couple hours before the game? Yes! (The student section was packed and we were sitting way at the top) 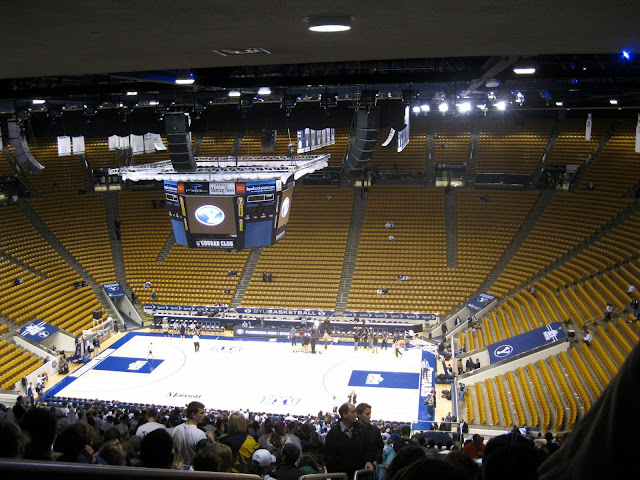 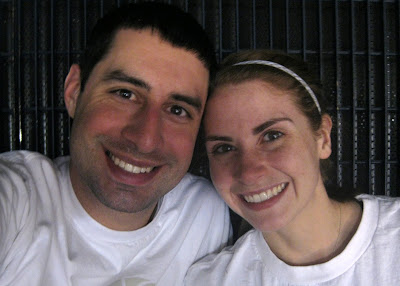 Return to the 'Bird

When we moved back to Provo for MBA school there were several things in Washington we were sad to leave behind, but also some "Utah" things we were excited to return to - family, the dollar theater, BYU, intramurals, cheap apartments, and Snowbird - our favorite ski resort! 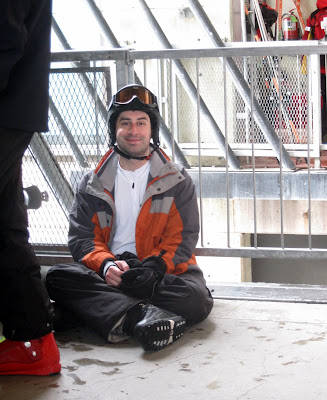 Nat and I at the top of Hidden Peak, and we were lucky to get this picture! It was actually only sunny and clear for one run; The rest of the day the mountain tops were covered in fog and you could barely see a thing. 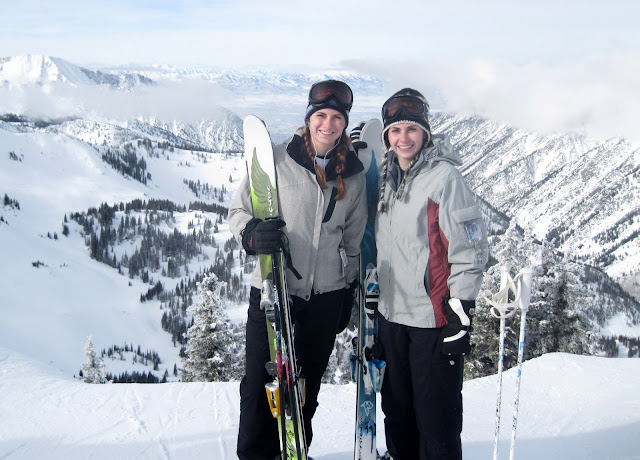 Dave at the top of the tram with ALL skiers. He has put a lot of work into learning to snowboard over the past few years and it has really paid off. With just a few exceptions, Dave can now follow me down any run on the mountain - this probably is one of our favorite things to do together! 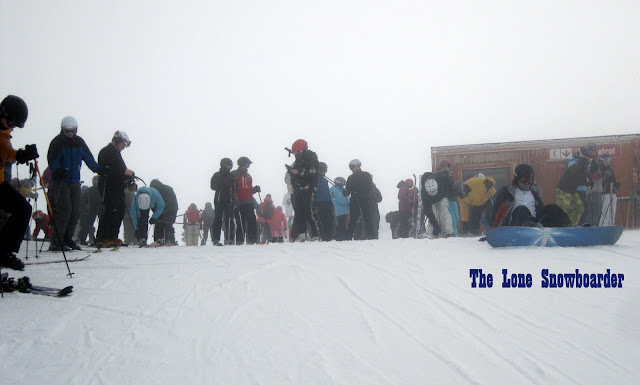 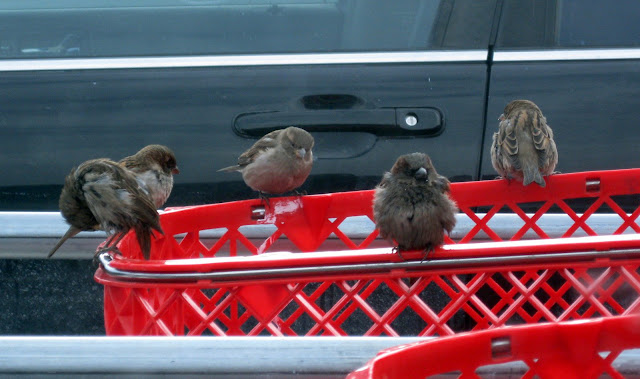