The northwest has been pretty wet for the past month - grey skies, daily rain showers, and temps in the high 50s to low 60s. As a result, we haven't spent much time outside which is why we jumped at the chance to go white water rafting when the scouts had a couple open spots on their raft.

The Skykomish river trip is pretty intense and features sections of "Class V" rapids.  For perspective:

Add this to the fact that the Skykomish was running higher and faster than average due to all the rain, and you can understand why I was a bit nervous...

Was it intense? Yes. Was it thrilling? Yes. Would we go again? YES!! 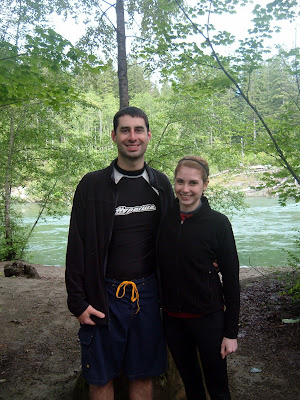 Dave in his splash guard with his game face on 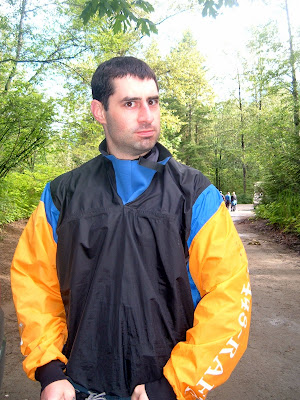 The crew - we're on the left, I'm the small person up front 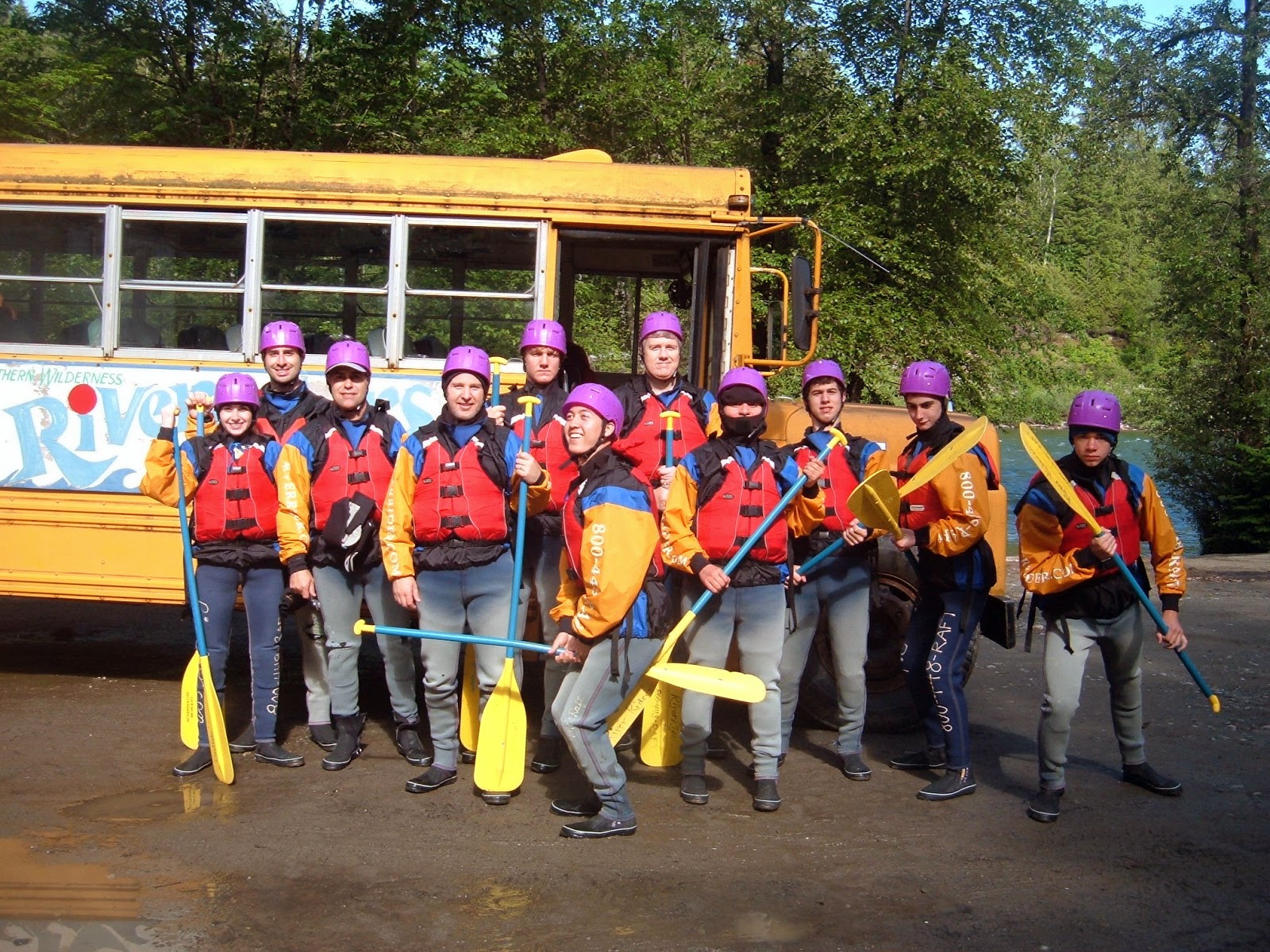 SHORT STORY: Dave and I were in the first raft with the adults; all the boys were together in the second raft.

This section was very intense. My only recollection was listening to our guide yell "forward, forward, forward!" "back" "HOLD ON" - all intermingled with profanities. We made it through fine though and had an awesome time.

As you can see in the first picture however, the second raft wasn't so lucky. At the very beginning, the boys ran up against a rock, high-sided and were dumped into the river. They were able to quickly climb back in, but no one was in the right position. In the scramble to find an oar and get seated, the guide was popped on the forehead with the handle of an oar, fell out and briefly lost consciousness. When the boys pulled the him back in, the guide was clearly dazed, confused and not ready to give commands.

As a result, the boys were left to navigate the most challenging section of rapids without direction, and it didn't go well. Within seconds, their raft had flipped and everyone was dumped back into the river. My brother said it felt like being in a washing machine - he just let the river carry him and held his breath through the worst of it.

After reaching calm water again, we attempted to regroup and sort out the craziness. Oars were everywhere. Our boat was able to pick up one boy and the guide, but the other 6 rafters were missing. Eventually we found 3 boys were on the opposite shore with one of the support rafts, and the other 3 downstream with the other support raft. I was so glad I was in the "right" boat through all that :)

**We also took some pictures with one of those disposable waterproof cameras and I'm really anxious to see how they turned out. For one the film in the camera was expired, and every time I wanted to get an action shot was also the time I was supposed to be rowing or hanging on for my life. I'll post them once we get the film developed!
Posted by Melanie Howe 1 comment: