For the past 6 weeks my sister Amy and her family have been in Des Moines for a law externship. We really missed having them around for dinners, games, and other fun stuff. But now they're back, and we celebrated their return with a hike to Stewart Falls.

It was supposed to be an easy trail... but I guess the guys with chainsaws haven't made it up here yet to clear away the winter debris. There were a few tough log crossings and still snow on some parts of the trail that made things difficult. 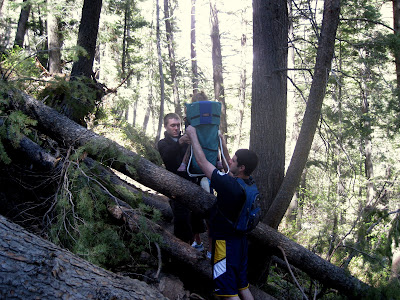 We made it in the end - at least to a place where you could see the falls. To get to the bottom you had to cross a big snow field that was on a slope and no one felt comfortable doing that with a baby. So we took a picture... 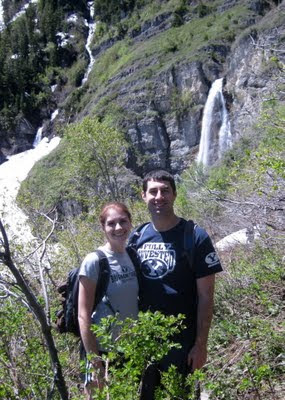 ... and then left to find a good place to eat lunch! I had a little friend at lunch that was more interested in putting food in my mouth than in her own. Luckily her hands had only a light dirt coating at this point. 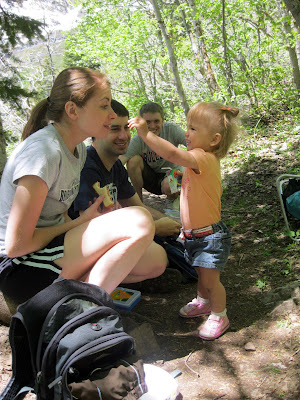 After lunch, Anne decided that she wasn't ready to get back in the backpack and tackled a good portion of the trail on her own. I was actually impressed by how far she got, and that she never tripped and fell. Way to go baby! 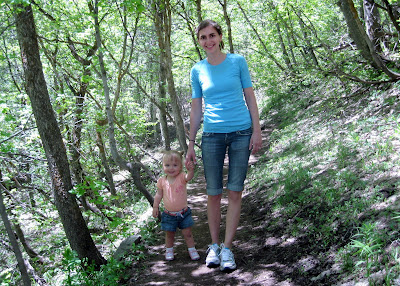 We love hiking to Stewart Falls! Good to know it's a difficult road still... I think we'll wait until later in the season. At least until the snow melts!