I've had the past week off work as sort of a mini "summer break". I go back on Monday for summer school and to start preparing for the next school year, but it was great to have time to do some fun things with Dave. Last night we went to the demolition derby in Bluffdale. It was the first time either of us had been to a derby and we had a great time!! 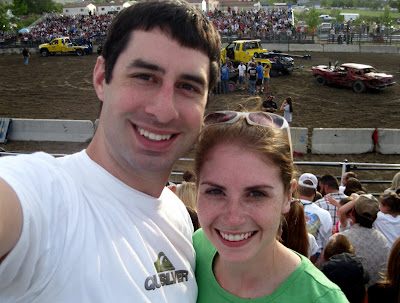 Cars entering the arena - We would each choose two cars to cheer for before the heat would start. There were three regular heats of 10 cars each. The top three cars in each heat advance to the money round; All the losers are invited back to the grudge match. In the grudge match, anyone still functional can go at it for one more shot at the money round. I ended up choosing the car that won it all! 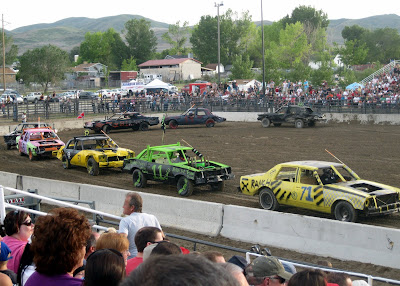 By the end of each match there were tires everywhere, fluids leaking, steam hissing, broken down barriers, and lots of cars that had to be towed out of the arena. Exciting! 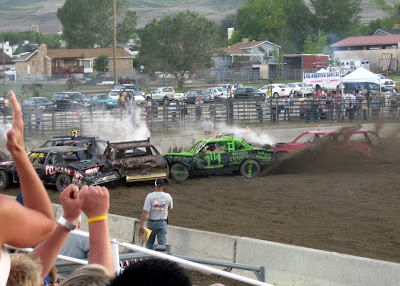 My checker car (I chose mostly by paint job). Checkers was a beast in the arena until he took a head on hit from one of Dave's cars and every thing under the hood blew up. It was one of the best crashes of the night.

If you're looking for something fun to do, they also do a rodeo here on July 29th and 30th. We had a great time at this show and will probably come back for the next event! 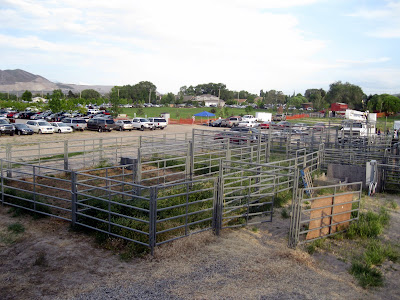 I use to watch demolition derby's in Munroe Washington. I LOVED them. One time I went they raced with old school buses. Another time they tied boats onto thier cars and the last one with the boat still attached won. And then there was a ramp where you saw how many times you could roll your car. Man I havent been since I was a teenager. I need to find a babysitter and go again (a little to noisy for children). Thanks for the reminder!