Soaking up the Last of Summer in Dallas

After the beach trip ended, we flew back to Dallas and had one week to spend before it was time to return to Amarillo for Sophie to start school. The Howes were actually not around (they did a DC trip with Tim's family instead of coming home) so we mostly played with friends and found fun things around town to do. It was very, very hot while we were there (106+), so naturally all our time was spent either indoors or at the pool!


Grandma has a neighborhood pool just around the corner. Dave was tossing the kids in the air one day and Davey didn't always have the most graceful landings. 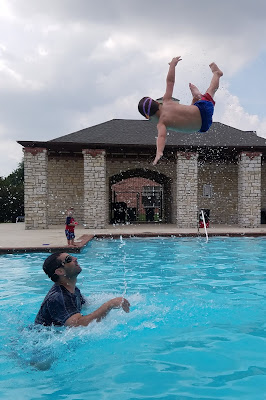 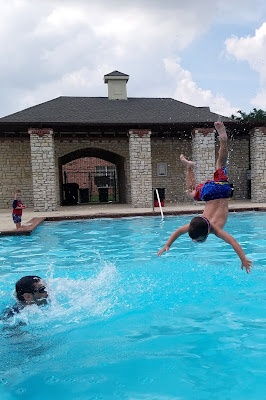 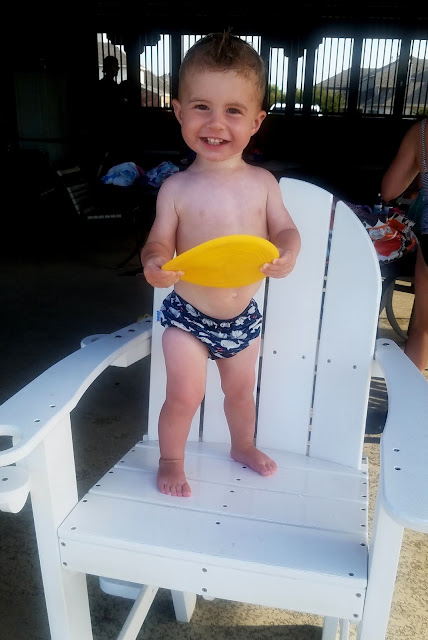 We always make a Costco run to stock up on essentials when we're near one since there isn't one in Amarillo. The kids loved the mini muffins on sample that day. 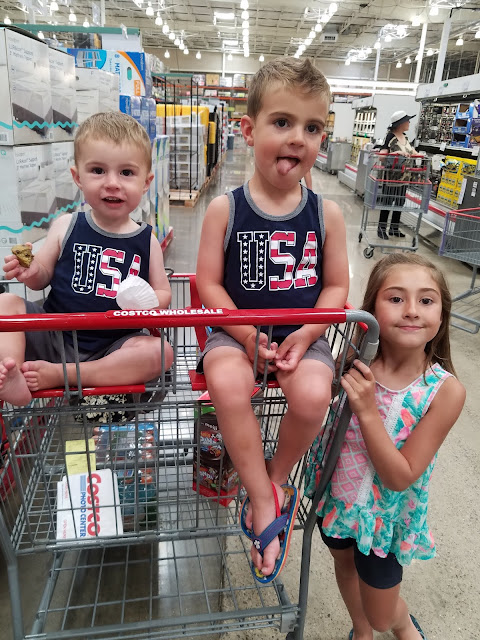 PEROT MUSEUM & LEGO EXHIBIT - we spent a day at the Perot while we were in town, another museum on our ASTC pass. It's huge a museum spanning 5 floors so we only ever see a fraction of what's there, but hit all our favorite places - the dinosaurs, the kid town, and this time we were able to go through the special Lego exhibit, thanks to our member friends who could get discount passes. 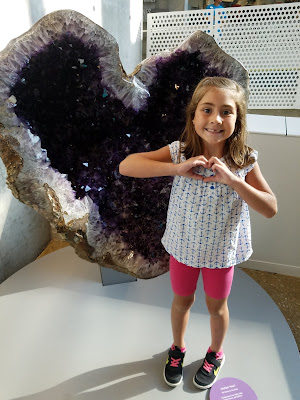 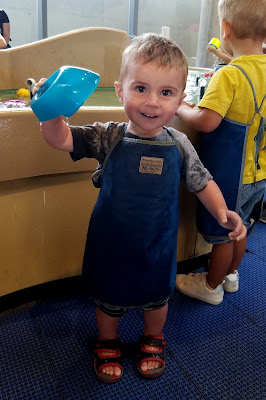 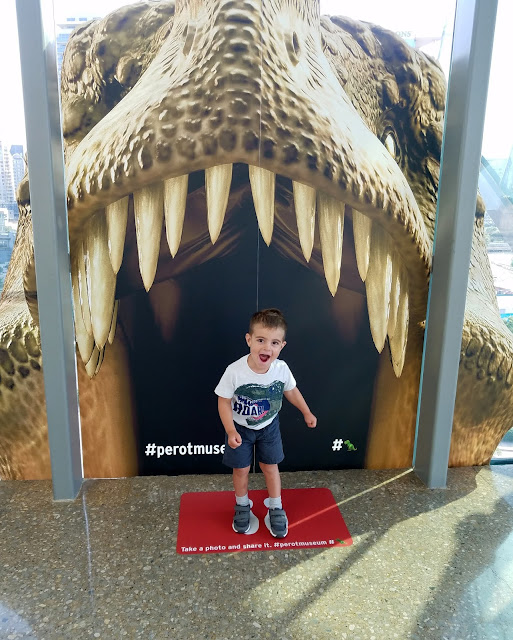 It was really amazing to see all the creations that were entirely made from Legos. Some of them were huge and contained hundreds of thousands of bricks. I cannot even imagine how tired the builder must have been after looking at only grey for so long while completing the Easter Island head. 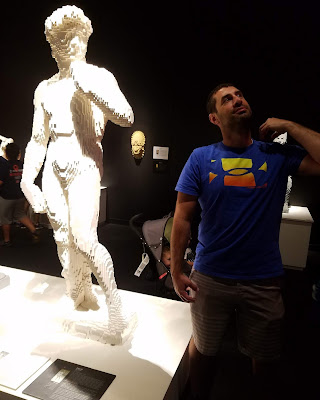 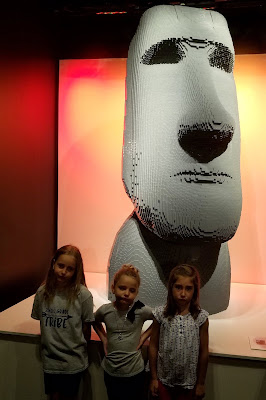 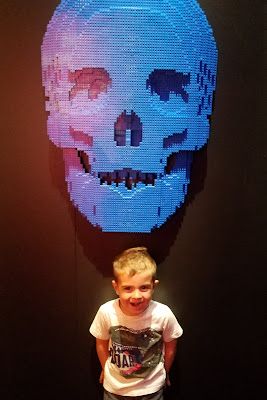 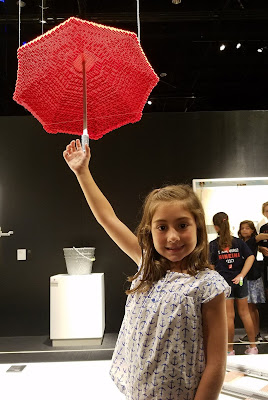 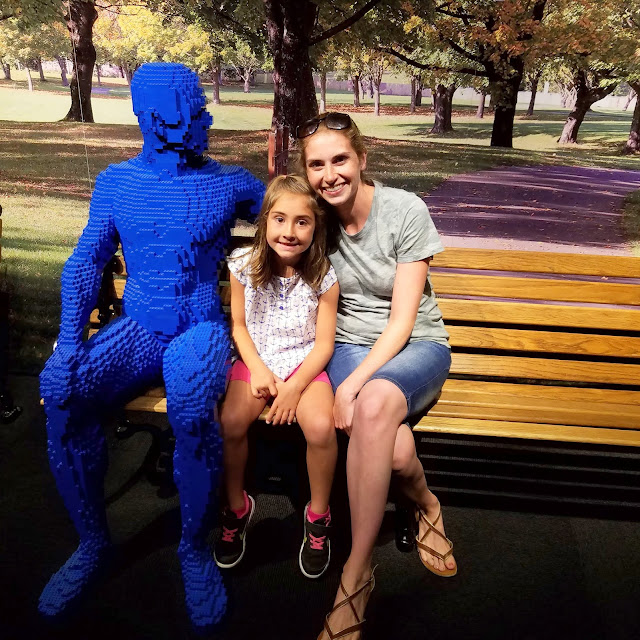 Davey thought this T-Rex skeleton was so cool 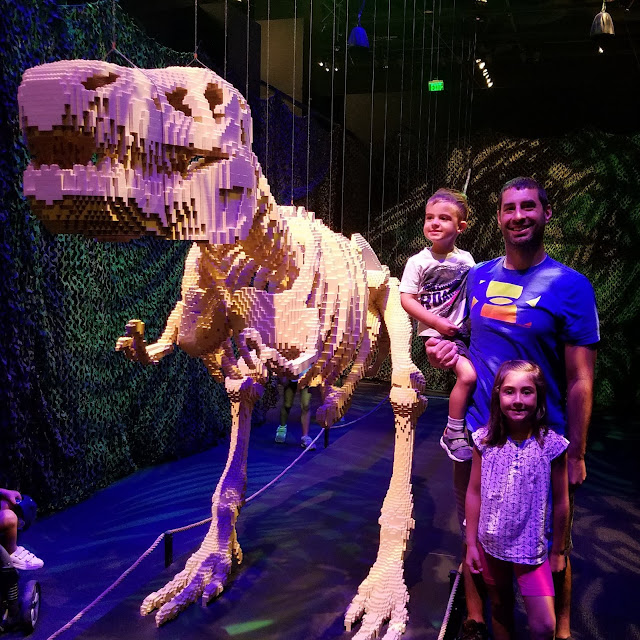 CRAYOLA EXPERIENCE - this was a new place that we had been wanting to try since it opened a few years ago. We actually ended up buying a family membership, since it would pay off after just two visits and we know we will be back at least 2-3 times over the next year. There were so many fun, hand-on things to do and the kids (and adults) had a fun time. We are excited to go through again when we visit in December for Christmas! 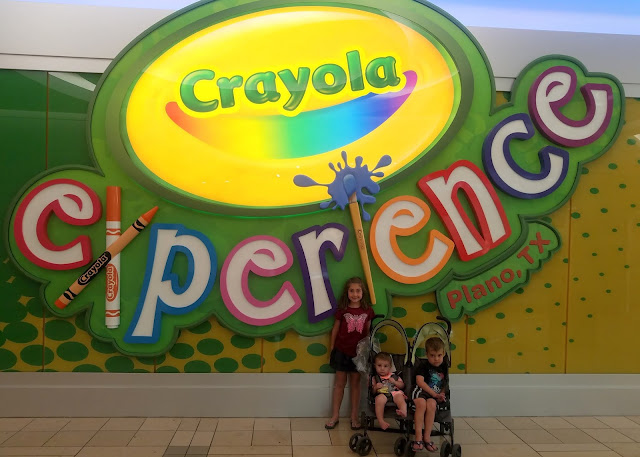 Each kid got to make a couple crayons - choose the color, choose a name, and then wrap it to take home. We made Davey Doodle Dandy Blue, Purr-ple, and Char-treuse. 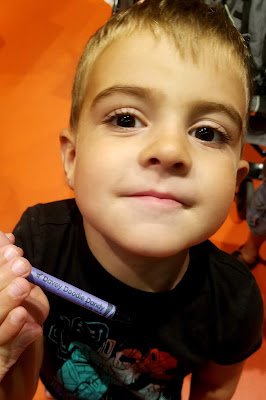 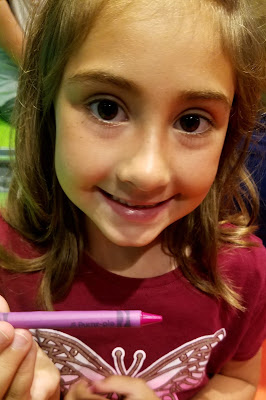 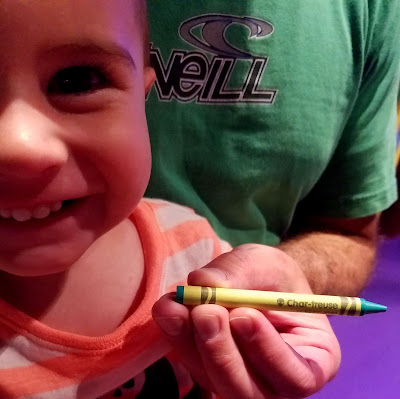 We also got a new scribble srubbie pet (you decorate it with marker however you want and then it washed back to white in hot water), melt down crayons into fun shapes, and melt down crayons to create spin art. 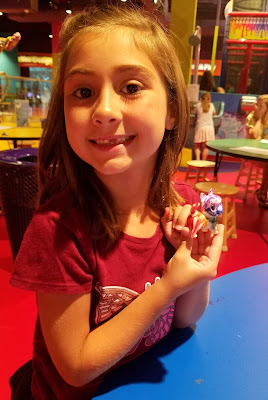 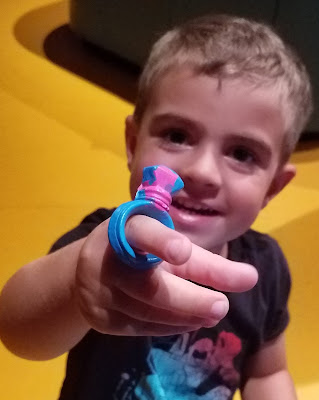 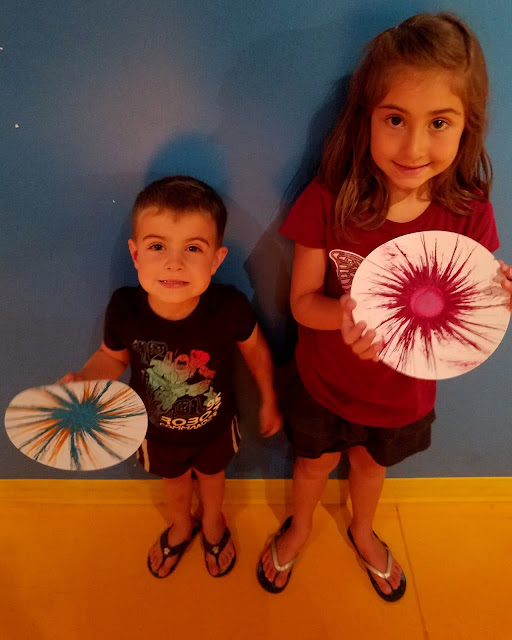 JACK CARTER POOL - the Jack Carter pool was another new destination for us, and one we will definitely return to when we visit next summer. It has all the excitement of a water park for younger kids, without the lines or high prices. Entry was just $7 a person, but they had a lazy river, water slides, cliff jumping, a wave simulator, and a kiddie splash zone. Plus there were plenty of shaded tables and you were allowed to bring in outside food! 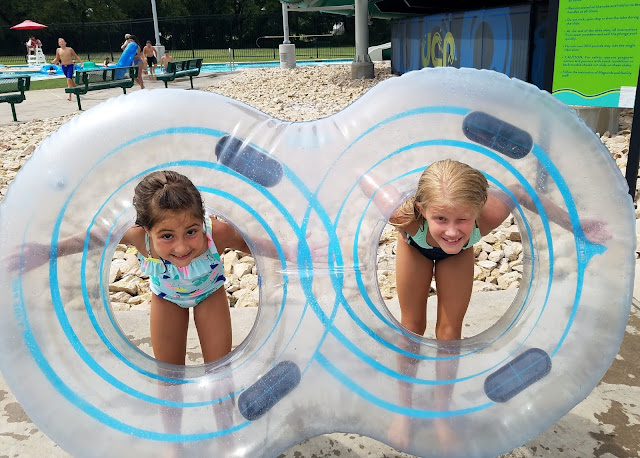 Charlie loves a good fountain and Davey was not quite tall enough for the slides, but he did have fun in the lazy river. 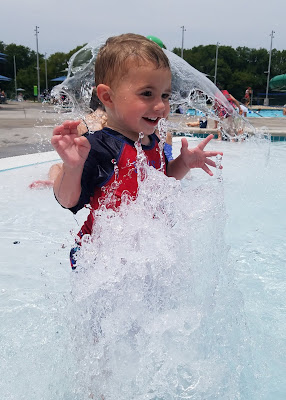 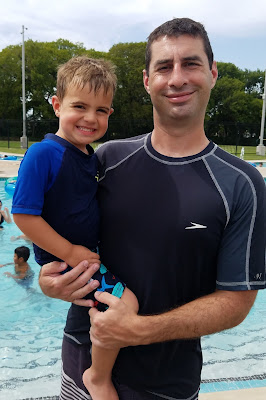 Sophie was brave enough to try the Flo Rider. She only lasted a short time before the wave swept her back and off to the side, but she did great for her first try! 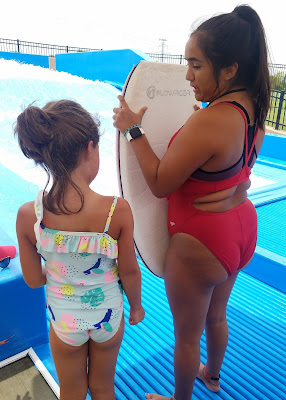 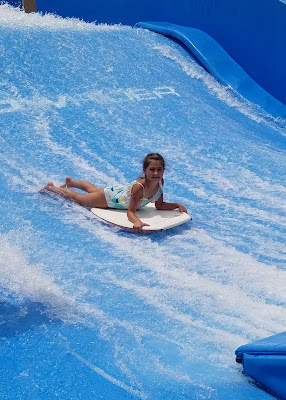 The high dive was more to her liking. She went off several times! 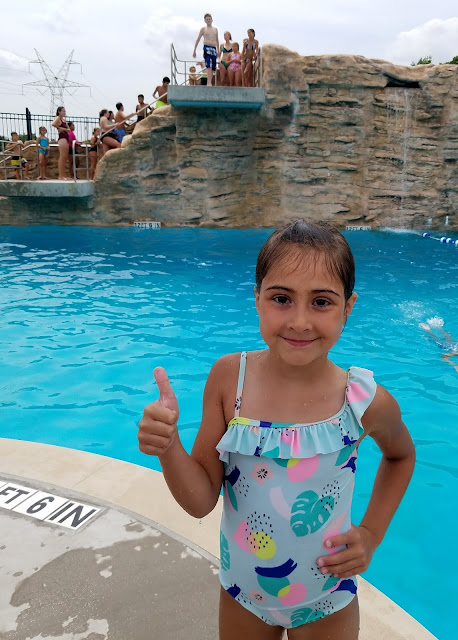