Summers are for Swimming!!

June and July are swim season for us! Since we spend the rest of the summer traveling, we try to pack in as much pool time as possible since it's closed by the time we return home.

Sophie has become an excellent swimmer and has permission to go wherever she wants at the pool as long as she checks in with me before changing locations so I know where to look for her during my visual scans. Davey was also permitted to move about freely as long as he had his floaty on (which was almost 100% of the time). He starting to learn to swim, but since I can't keep focus on him all the time we keep it on for safety. Charlie was the most difficult, as expected. He's fully mobile, too small for a Puddle Jumper, and completely unaware of danger.


Double flotation in the shallow pool just to be safe 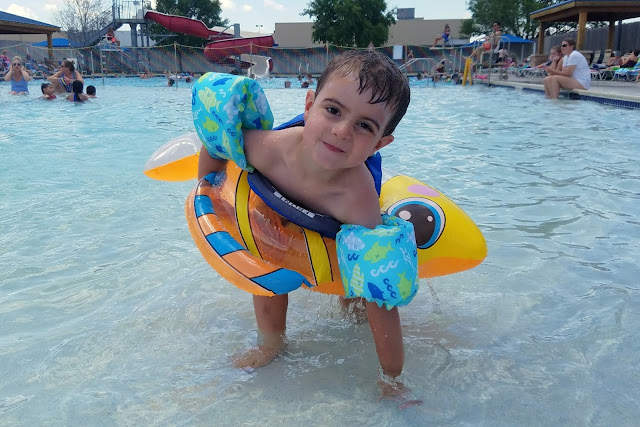 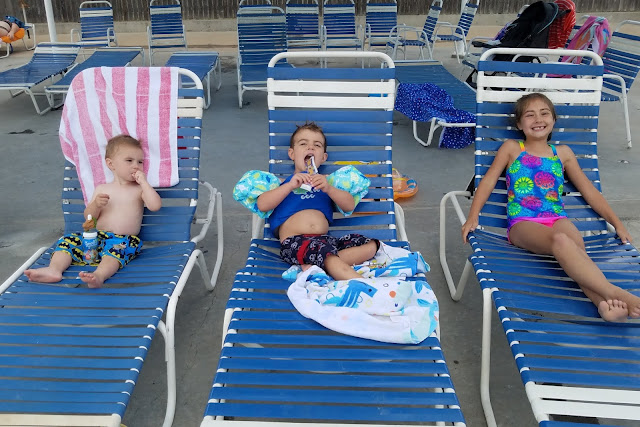 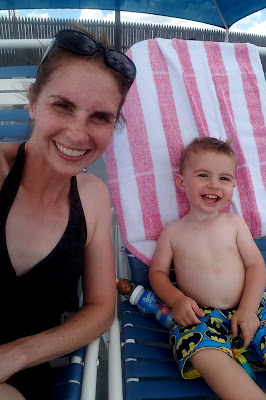 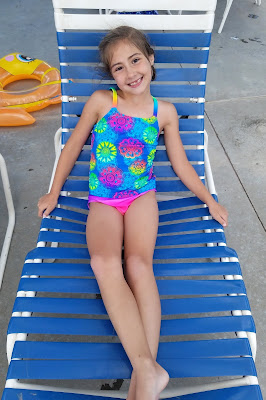 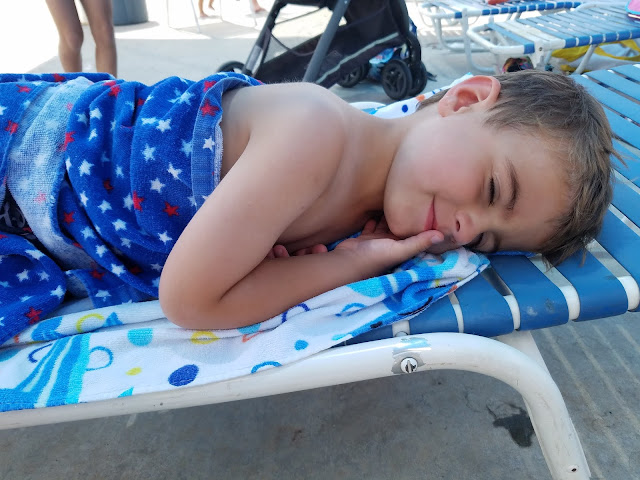 Charlie's favorite was the splash pad, which was funny because the other two really hated spraying water until they were much older 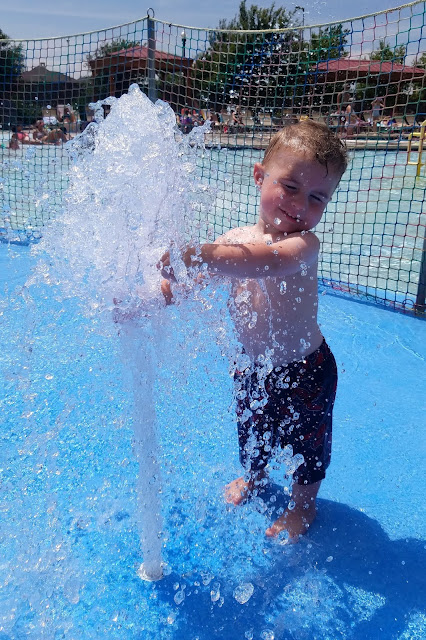 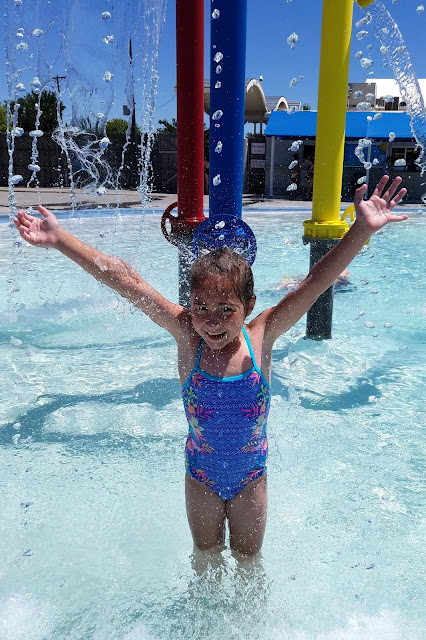 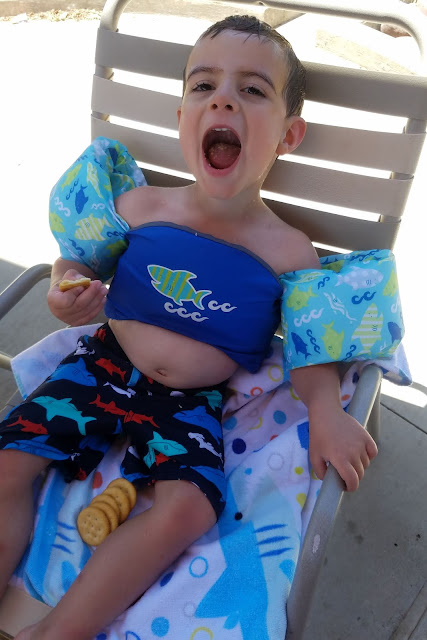 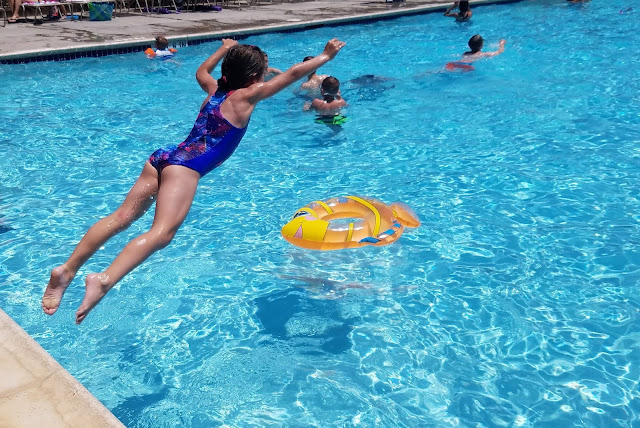 Showing off a new swim suit made by Aunt Amy 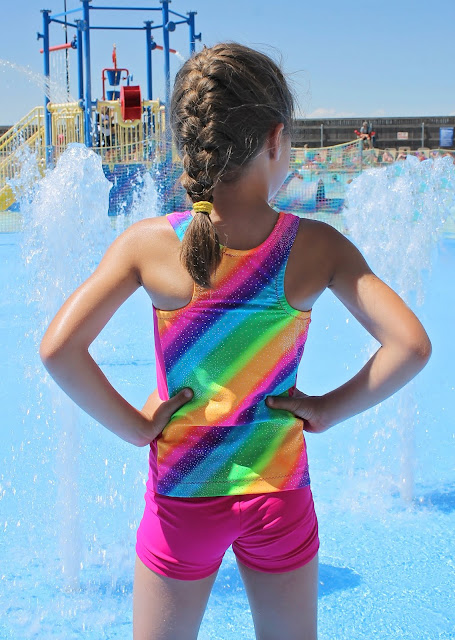 Snug as a bug in his towel 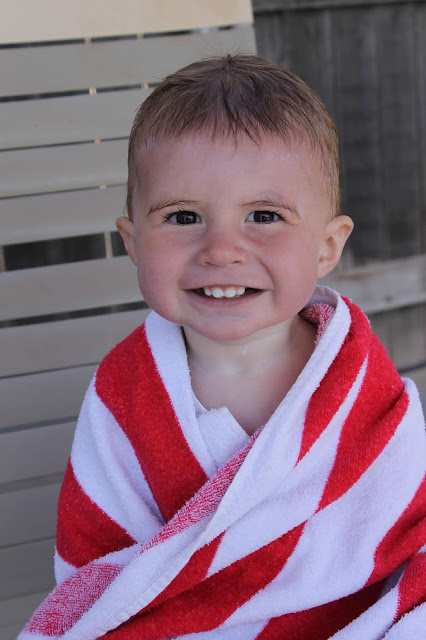