We've had some wild weather already this year and storm season is just beginning! I love storms (as long as they're not damaging) so I have been enjoying all lightning displays, the thunder that rolls on for hours, and the greenness brought on by all the rain. They have also been helpful for keeping temperatures in check so we don't sail into the scorching days of summer too quickly. In my opinion, it should not be allowed to go above 85 until the pool opens :)

I left Amarillo one morning to spend time at my friend's house in Canyon, and when I returned I found that our house had been pounded. I'm glad we didn't have to drive through that! There were several pieces of grape-sized hail in the yard, and piles gravel-sized hail that had run off the roof. 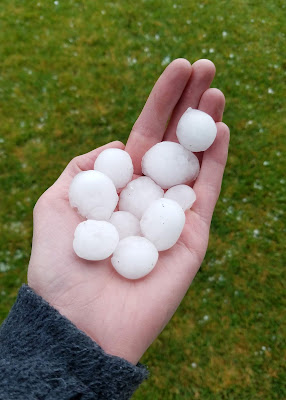 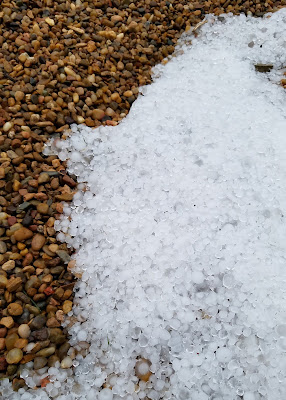 These were the coolest clouds! They almost don't look real.  I saw them on my way back home one evening as a storm rolled in. They are called "Mammatus" clouds, or Mammary clouds, because apparently someone sciencey thought they resemble mammary glands. 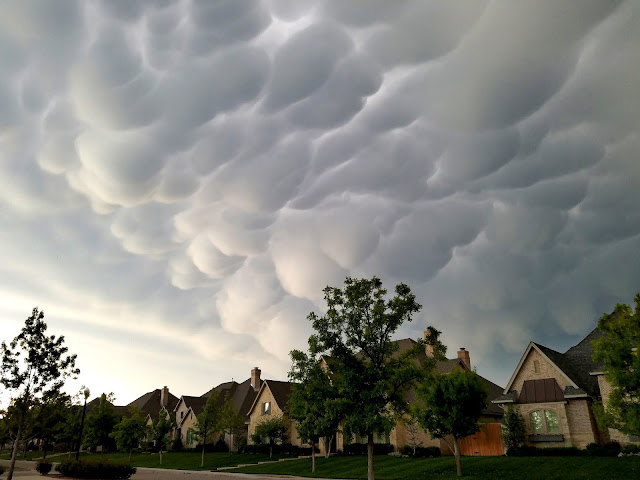 More grape-size hail one evening. This time Sophie was still awake, so I let her come outside with me after the storm had passed to gather some ice balls. 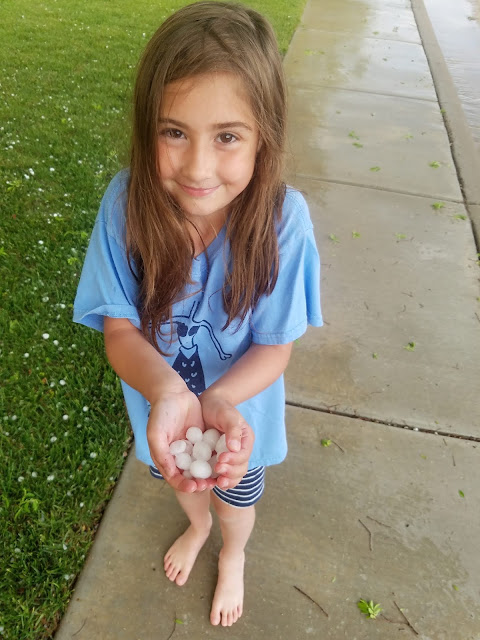 On May 7th we were supposed to get a really bad storm. It had been brewing over the panhandle and was supposed to hit hard that afternoon. Amarillo was in the severe zone and we were told to expect large hail, strong winds, heavy rain, and possibly tornadoes - yikes!! As a precaution Dave came home from work early, Sophie's kindergarten field trip was cancelled, her gymnastics finale was cancelled, my book club was cancelled... it was like doomsday.

And then it didn't come... The winds changed and the storm missed us. We did get some rain and about 1 minute of tiny hail, but that was it. I really am glad we weren't hit by tornadoes, but after all the hype it was a bit of a let down to have nothing happen.

The warning statement for the storm 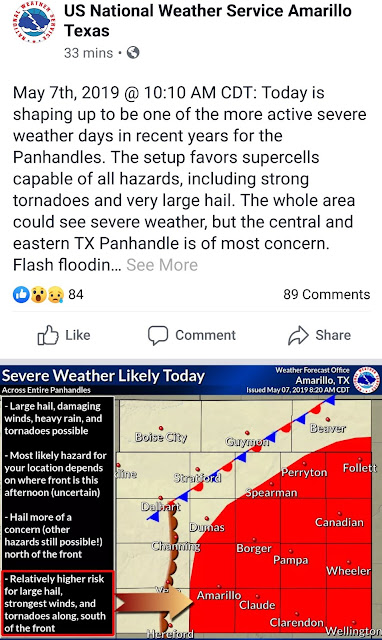 Scootering outside to burn off some energy since everything was cancelled, but no storm came 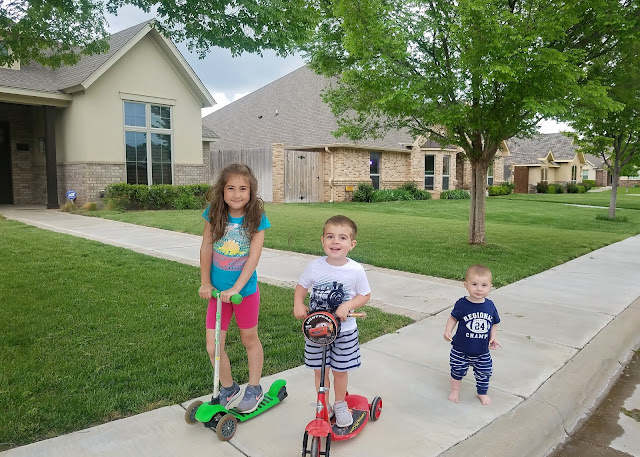