Sophie's first soccer team she played on in the Amarillo league was so competitive she couldn't keep up. Her second team was so passive they never touched the ball. She was starting to get discouraged, and almost half our games were on Sundays anyway, so we called it quits.

Then our friends who live in Canyon (a town about 15 minutes south of us) invited us to join their soccer league this spring, so we decided to give it a try. It wasn't perfect - we had to drive further, our coach was pretty low energy, and the team never even got a name, but in all other ways it was so much better! Sophie got to play with her best friend, games were never on Sundays, it cost less money, and she learned to love soccer again. I'm glad we found a better balance!

Team A: Adaleigh, Chloe, Emery, Sophia, Jordan and Sophie (she is a giant)

Sophie's friend Emery is actually a grade younger than her, but they organize teams by birth year instead of school year, so they were still able to play together! Also, she got hit in the face by the ball at the very end of the game, which is why she doesn't look very happy in this photo. 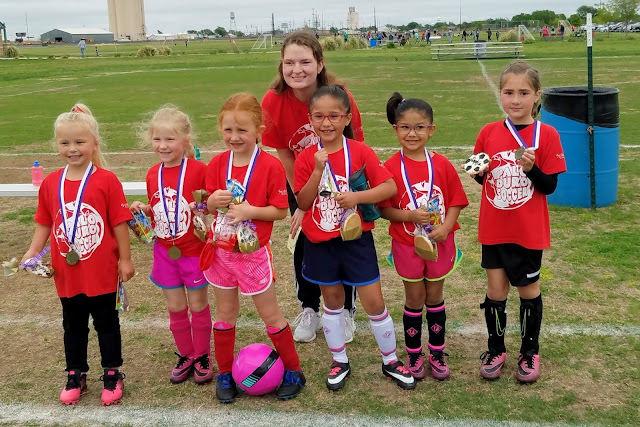 During her first game, Sophie kept volunteering to sit on the bench. It is a fun place to hang out, especially when you're there with a friend :) After that game, however, we told her she could have some chocolate eggs if she got a goal, which really got her motivated. She ended up scoring in her next four games! 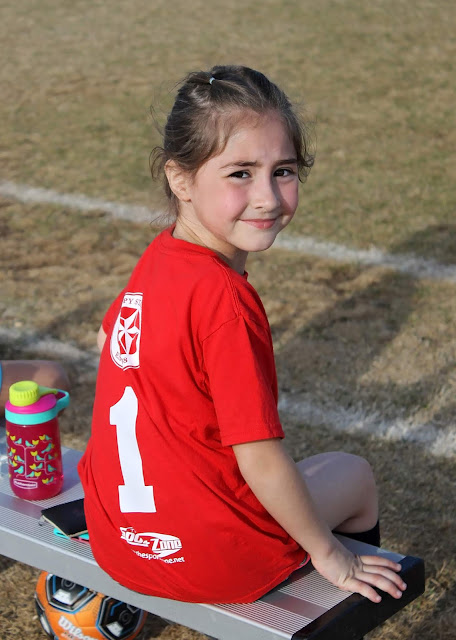 Look at that smile on her face! Sophie's specialty this season was running down loose balls and redirecting them back towards the opponent's goal. She could outrun anyone on the field when she tried (there were some moments of laziness). 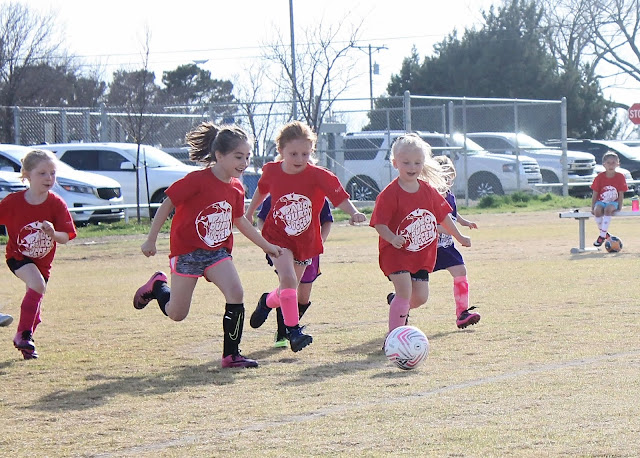 Our team went undefeated! They don't keep score at this age, but I'm pretty sure they won every game by at least 10 goals. 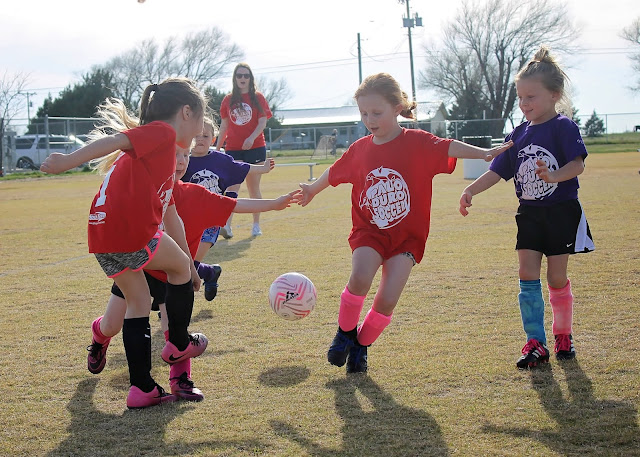 First game photo and last game photo - you can tell how much rain our area received during those six weeks. The grass went from completely yellow to green! 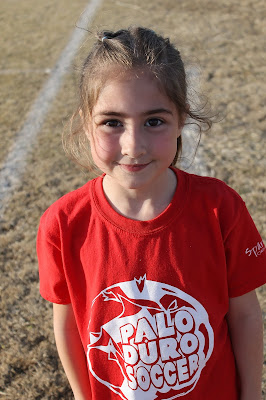 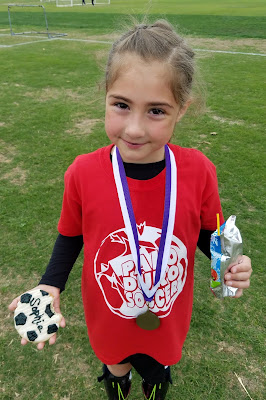 A few clips from her last game. Sadly I never had my phone out when she scored during the other games, but I did get a funny goal by her friend Emery this game :)

The brothers did a good job cheering her on when they weren't busy eating snacks or running off to play. Charlie learned to walk in the middle of the season and it was tricky trying to keep him off the field. 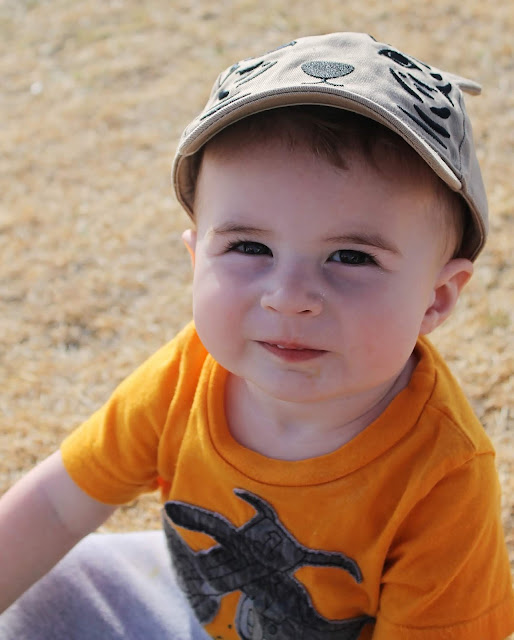 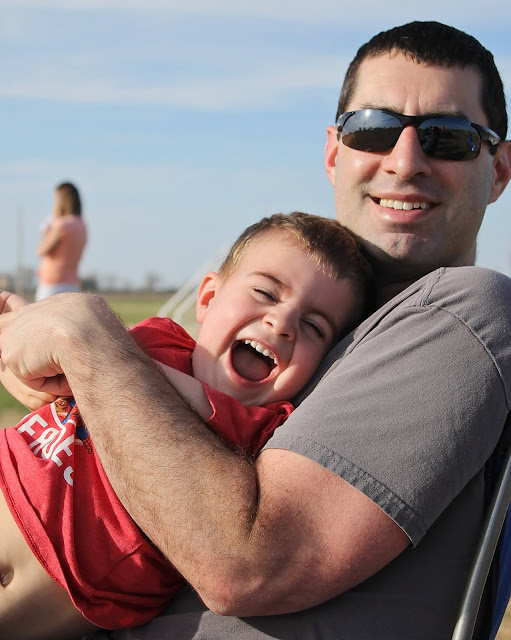 Davey also wanted his picture taken here after the last game. He was so jealous of Sophie this season and can't wait until it's his turn to play. He especially wants to be able to wear soccer cleats. Just one more year to wait bud! 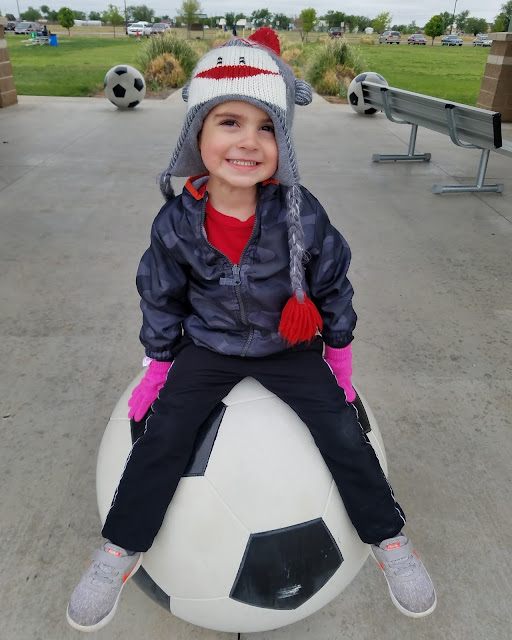