Sophie is done with kindergarten! We are both a little sad that school has come to an end, but it is nice to be done packing lunches and trying to her out the door int he morning. She had an amazing year and grew so much, both physically and academically. She made some good friends, became a fluent reader and a math wizard, and only had to clip down to "yellow" on her behavior chart a handful of times. I think she is more than ready for first grade!
First Day of School vs. the Last Day of School
She went up a couple shoe sizes, grew an inch, lost her summer tan and some teeth 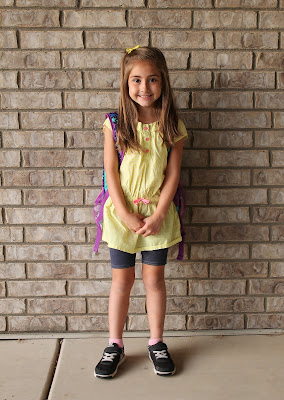 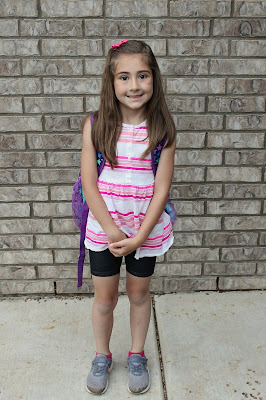 Sophie with her teacher, Mrs. McCready 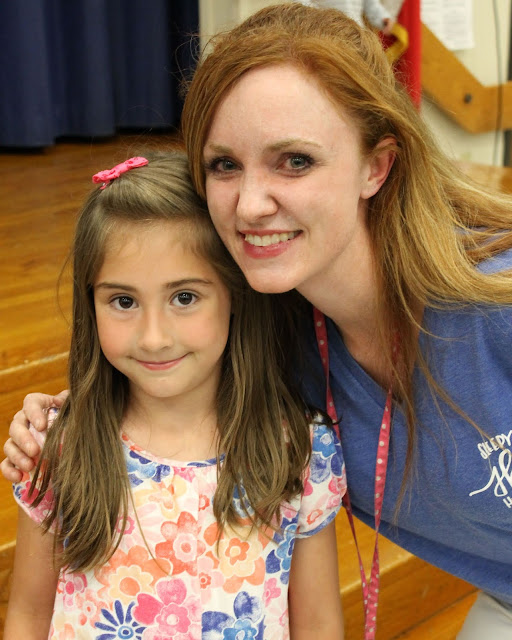 Sophie really took off with reading! She went from short little readers to beginning chapter books by the end of the year.  She is currently at Level J, which is the benchmark for graduating 1st graders. 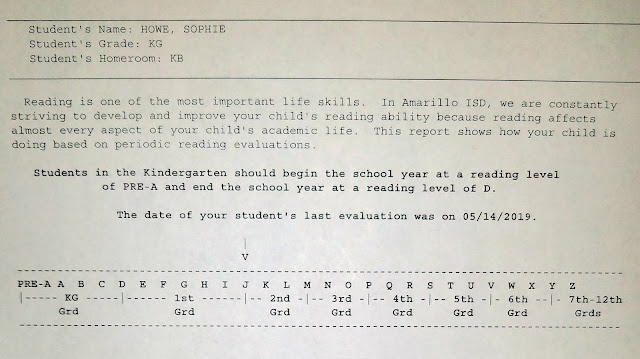 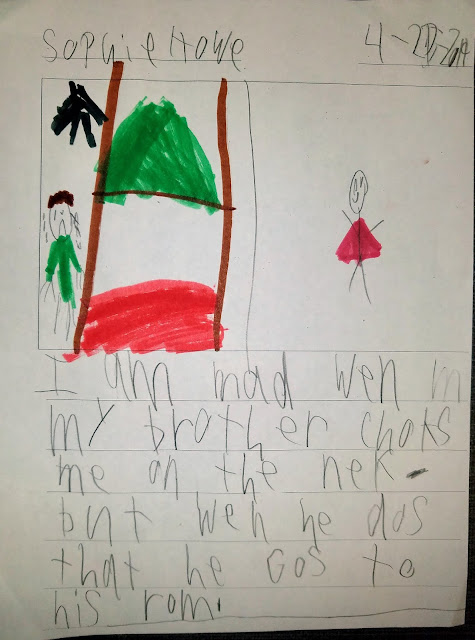 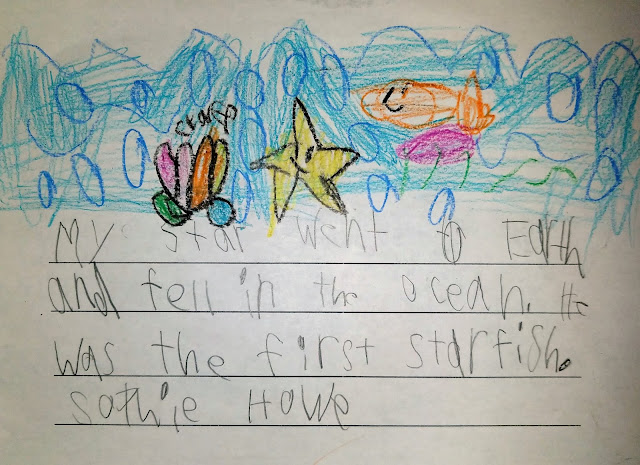 We are so proud of how hard Sophie worked this year! 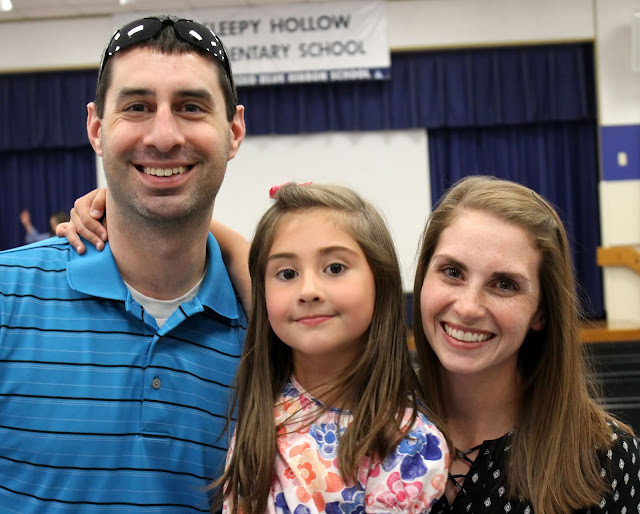 We attended Sophie's kindergarten program the last week of school. She was so excited and had been singing the songs on repeat at home all month leading up to the event. I recorded a few of the songs for any grandparents that want to watch, as well as her part in the story video saying what she would eat if she was the Very Hungry Caterpillar.
Clips from Sophie's Kindergarten Program (unfortunately she was behind someone with a giant pink bow, which made it hard to see her during the program)
Davey was his usual, lovely self during the program. Thankfully Charlie fell asleep just a few minutes in so we only had to wrangle one crazy boy. 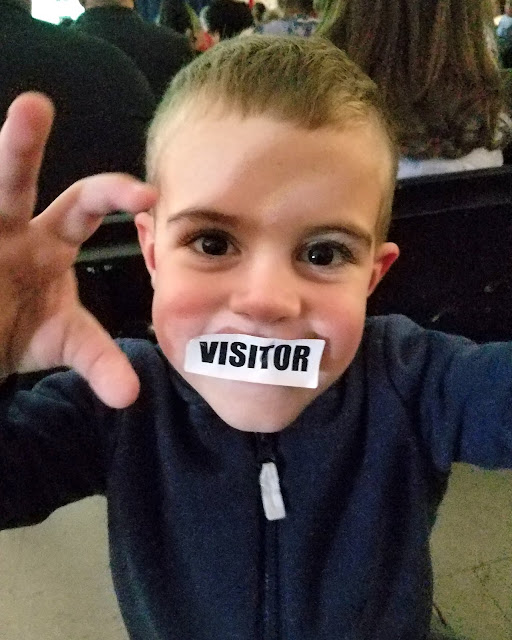 Her program did not include a graduation ceremony, but they did have these photos taken and sent home with the kids, which was a fun surprise. Look how big she has gotten! High school graduation will be here before we know it. 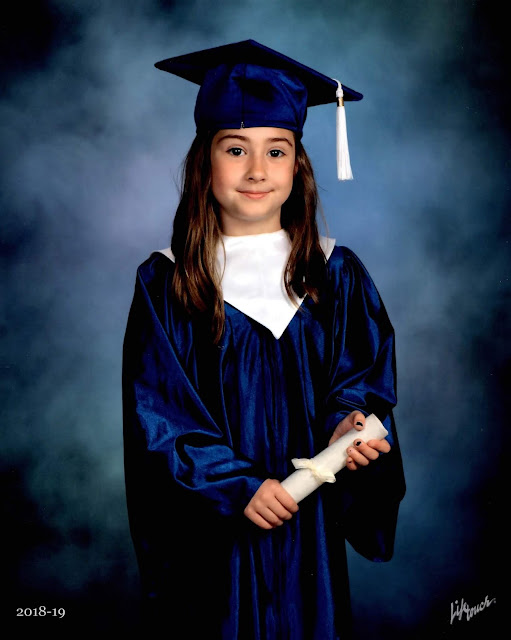