We put off potty training Davey for a long time. We had the potty, we had the underwear, he showed all the signs of being ready, but I just wasn't feeling it. Although I hate paying for diapers, they do make life so much easier.  After Davey's 3rd birthday, however, we were out of excuses and I knew it was time.

On April 1st we ditched the diapers and so far things have gone really, really well! He had a few accidents the first day, and now things are mostly good. There was one regression day a week in (6 accidents, including 2 in his bed), but luckily that was not normal and we haven't had another day like it since. After less than a month he will tell me when he needs to go, and sometimes just go take himself if I'm busy with Charlie (I don't encourage this, but prefer it to having an accident). He even stayed dry every day last week - we are so proud of him!!

The first thing he did after putting on his new Paw Patrol underwear was climb up on the bathroom counter to check himself. He said, "Mommy, these panties are so cool!" 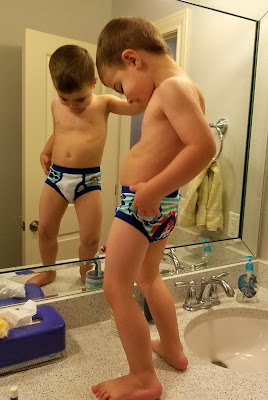 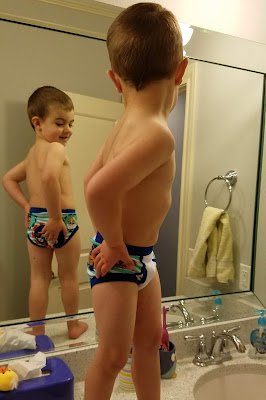 Davey is a big boy now! 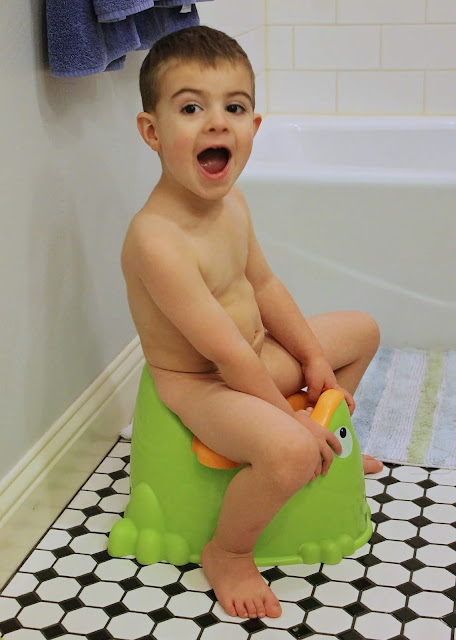