On April 9th Nothing Bundt Cakes announced that they were going to give out free Confetti Bundlets for 300 seconds at 3:00 to celebrate opening their 300th store. I'm always up for an adventure, so I decided to take the kids to get some cake! Sophie was pretty confused when I showed up the school to check her out early, but when I told her where we were going she was pretty excited :)

The store had about 100 people in line, but we were there on time and were able to get a cake for each of the kids and myself. We ate one right then in front of the store, gave one away to friends, and then enjoyed the other two at home the next day. Delicious!! 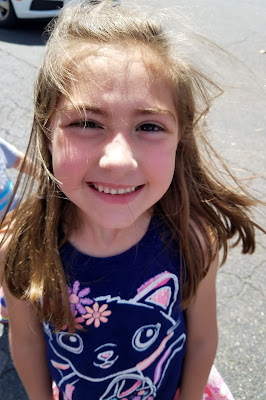 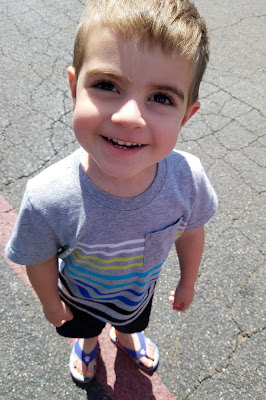 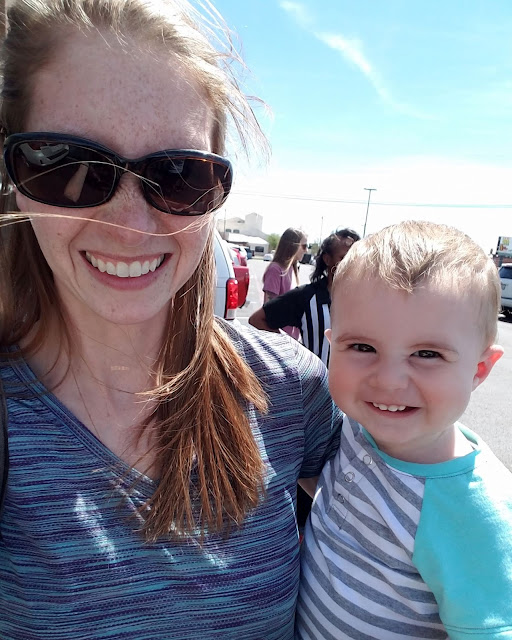 Drooling at the display case while waiting for our bundlets 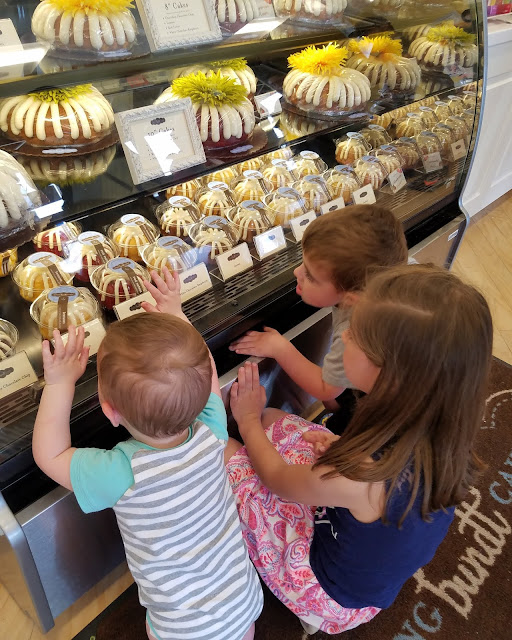 Trying to get a photo with our prizes, when all they wanted to do was eat :) 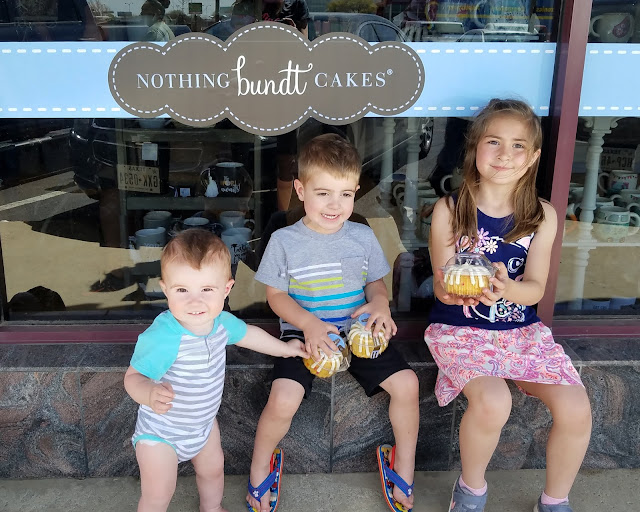