We survived March! With all the kids celebrating birthdays this month it almost felt like a second Christmas. I also made a trip to Utah to see my grandma, we all drove out to Oklahoma City for Spring Break, cousins from Oregon came to visit us, and the one week we had nothing going on was when everyone was hit by strep.  There was never a dull moment! Here are a few other things that happened in March:

The zoo had camps for toddlers every Friday this March. We met our friends there on "Tiger Day" and Davey proudly wore his tiger shirt. 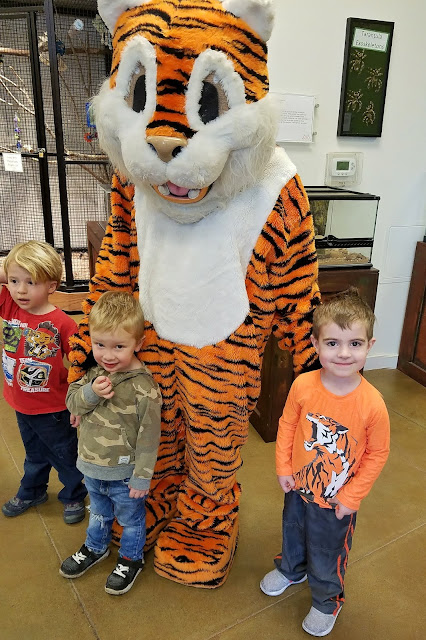 The kids helped decorate a cardboard giraffe that the keepers then placed in the tiger enclosure as an enrichment activity. The kids like watching the tiger take it apart! 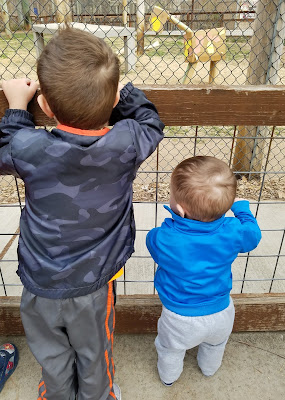 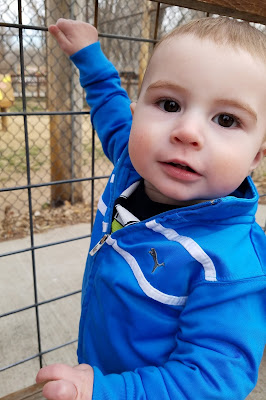 Davey also made a tiger puppet 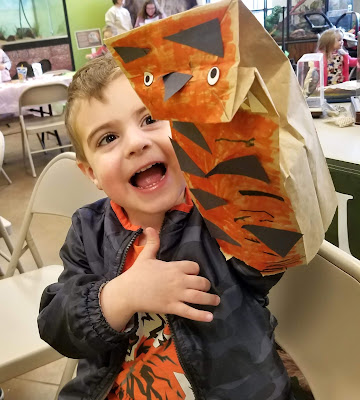 Charlie is big enough to ride in the car cart now! 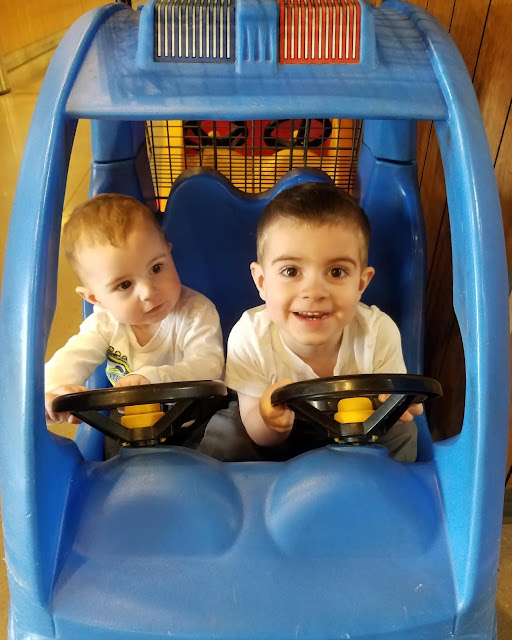 Checking out a bird nest we found on a walk 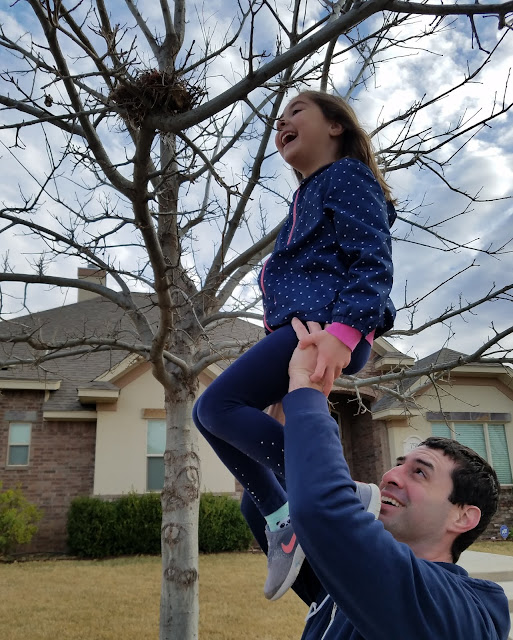 There are no parks near our house, but the accounting office just around the corner has a nice river of rocks. We walked over one afternoon and the boys were happy there for an hour! 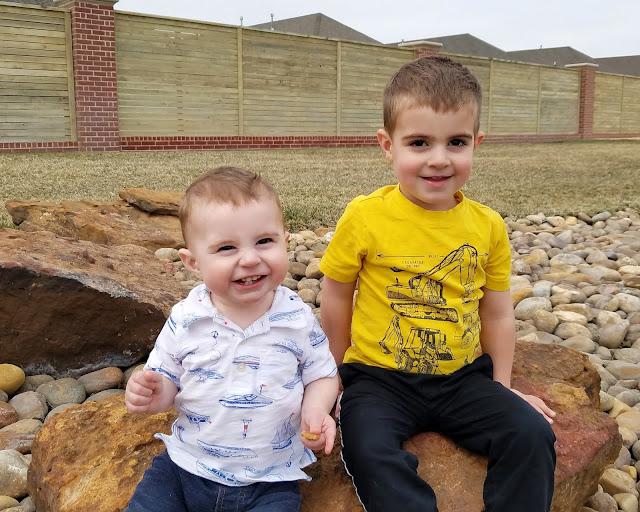 Davey pretended his arm was a crane and he slowly made this "building" out of rocks. It's still standing a few weeks later and he loves to look for it out the window of the van every time we drive past. 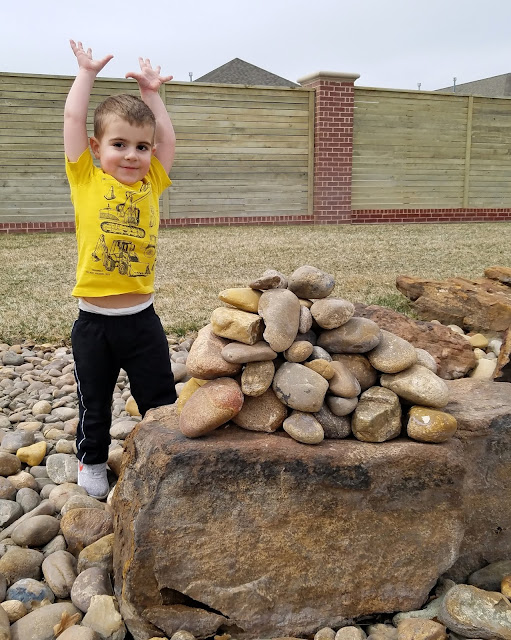 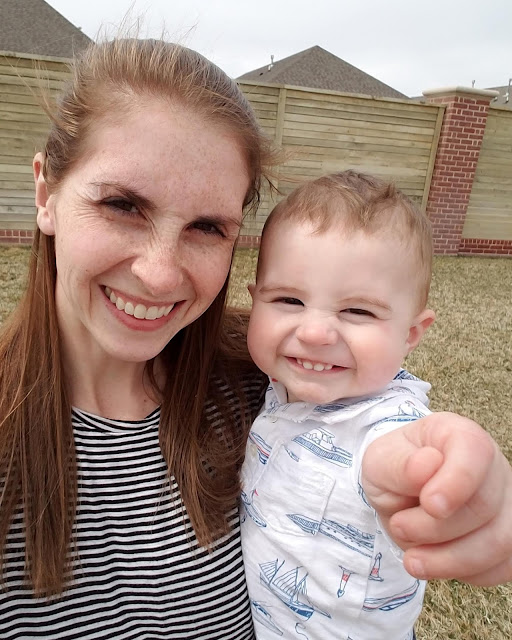 We got tickets to a little circus that was coming to Amarillo, but when we showed up at the fairgrounds the place was deserted. I guess their contract had been cancelled, but they never bothered to notify anyone. The kids were super disappointed, so we redeemed a Chuck E. Cheese Groupon we had been saving for a rainy day, and they had a blast! 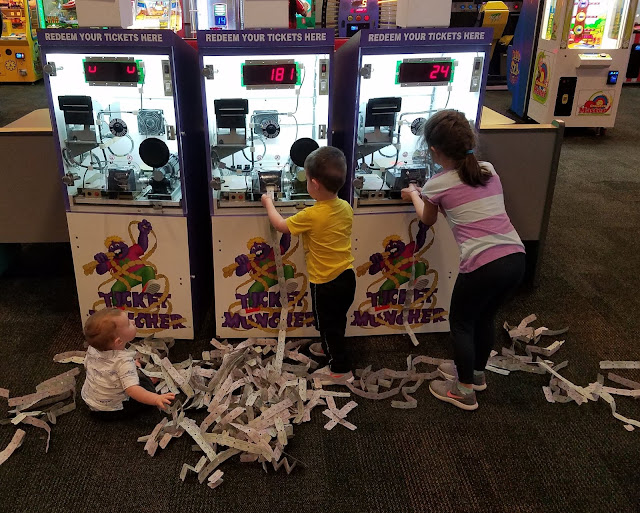 Davey and his best buddy Jaxon 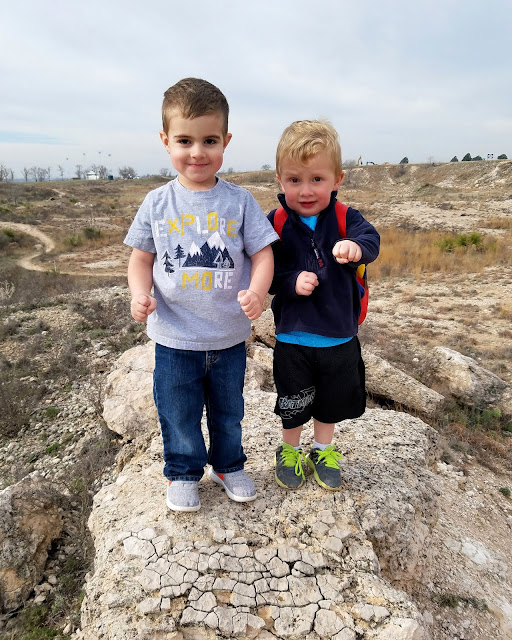 Charlie has been standing on his own for a month now, but this was the first time I got it on camera. He is also talking a few steps and will be walking in no time! 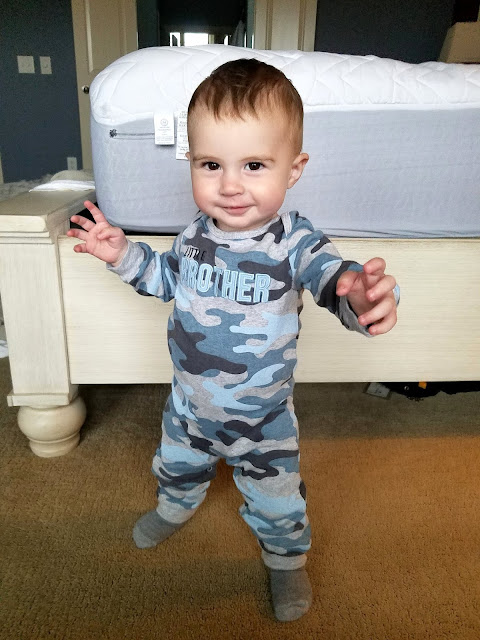 The boys got these dino hoodies from Aunt Liz, and luckily Charlie finally grew into his before Davey's got too small so they could be matching :) 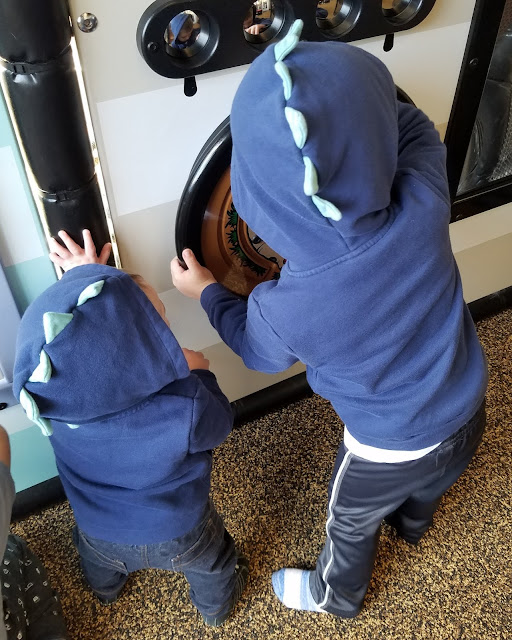 He has the happiest eyes 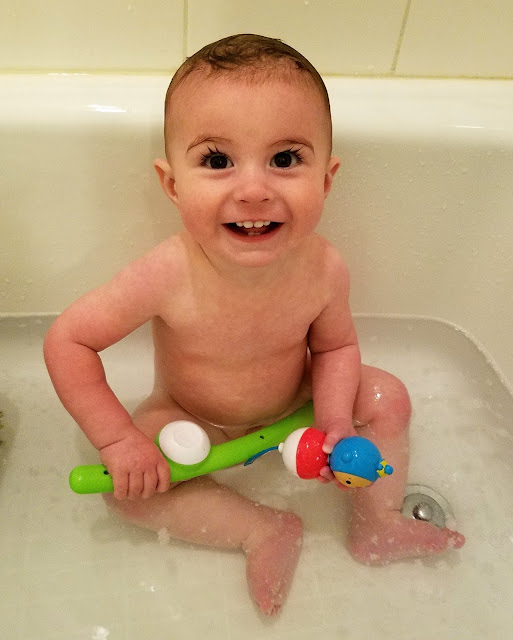