Our Davey is THREE!! Although if you ask him how old he is, he will tell you he is eight. Haha. He loves the number eight and we've all learned that it's pointless to correct him. He is the most stubborn kid, but at the same he is always quick to apologize, the most likely to say "please" or "thank you" and a natural cleaner and helper. His room is spotless - everything has a place, and any extra items in his room at the end of the day are not welcome and will get tossed out into the hall. His three biggest loves right now are dinosaurs (especially t-rexes and pterodactyls), cars/trucks/anything that goes, and the Paw Patrol. If one of those are involved in anything we are doing, then he is one happy kid.

For his birthday this year we celebrated at home with just our family. He actually has quite a few friends that he plays with on a regular basis, but we decided to hold off on a party until he's older. On his special day we opened presents, let him choose the dinner menu, and then ate cake. We love you Davey!!


We told him to show us three fingers 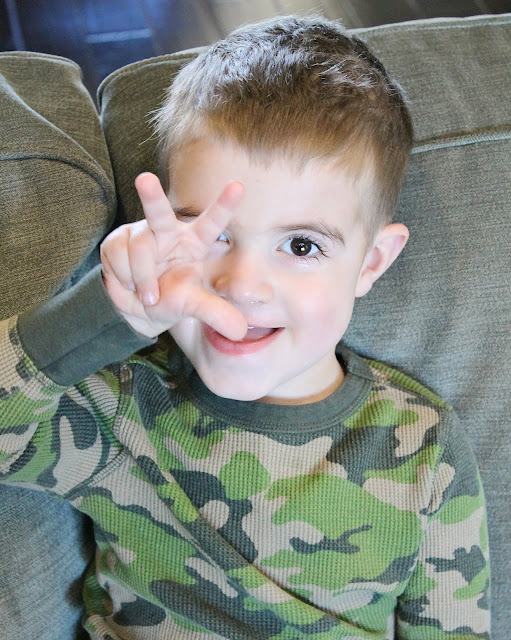 Very excited about his big gift!! 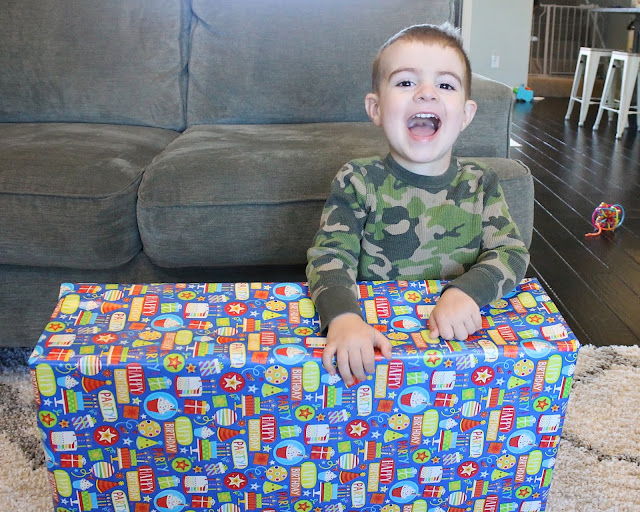 From his birthday he received Paw Patrol toys, an umbrella, some construction vehicle puzzles, and a dinosaur Imaginext set. 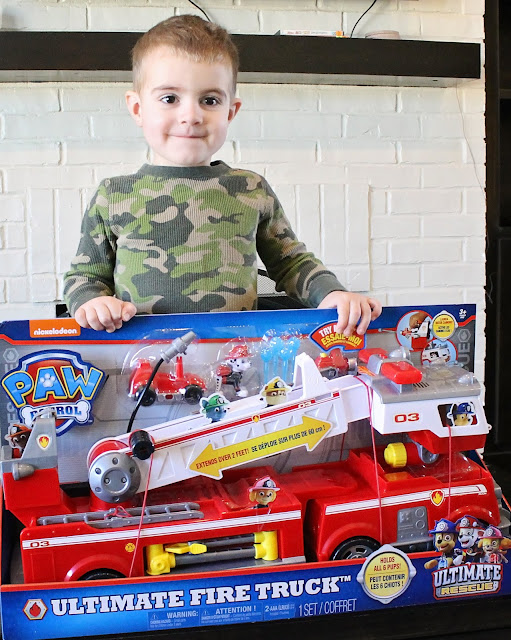 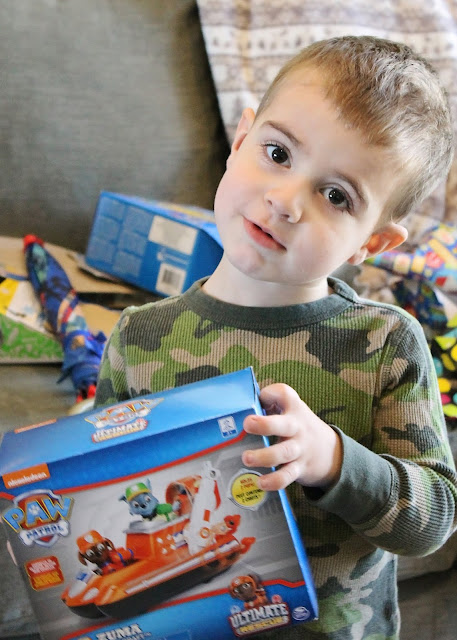 This umbrella was the source of many tears. Sophie became crazy jealous that his new umbrella had a longer handle than hers, which lead to a breakdown. Out of all the gifts he got, this was not the one I was expecting to cause problems. 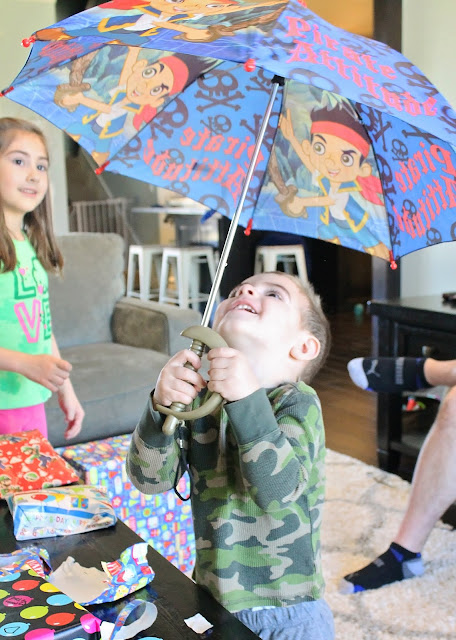 For the most part everything went really well. Sophie was very attentive and was always standing ready to show him how to play with each toy as soon as it was opened. 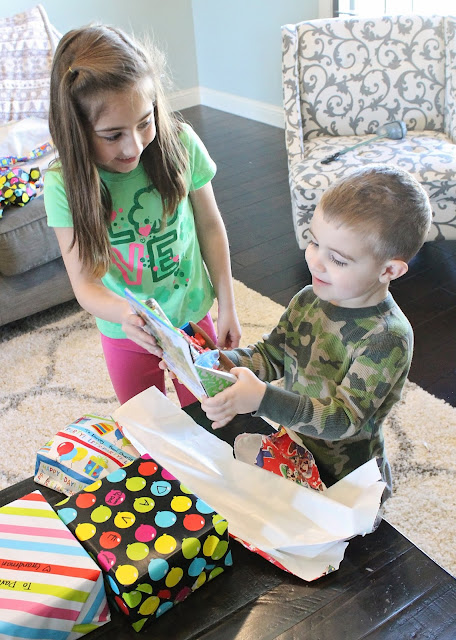 For his birthday dinner we had his favorites - dinosaur pasta, strawberries, and jello. 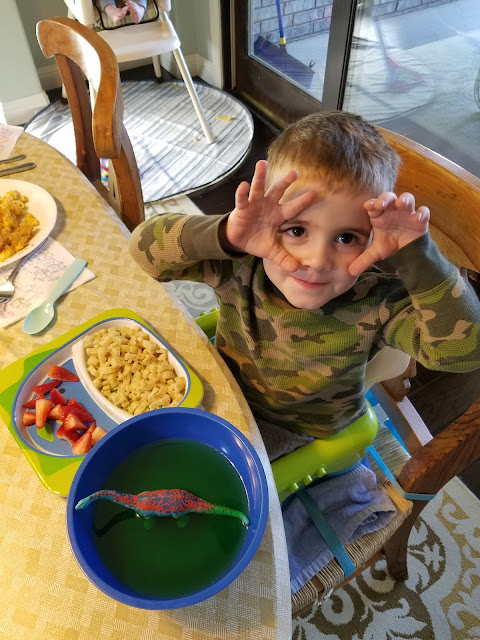 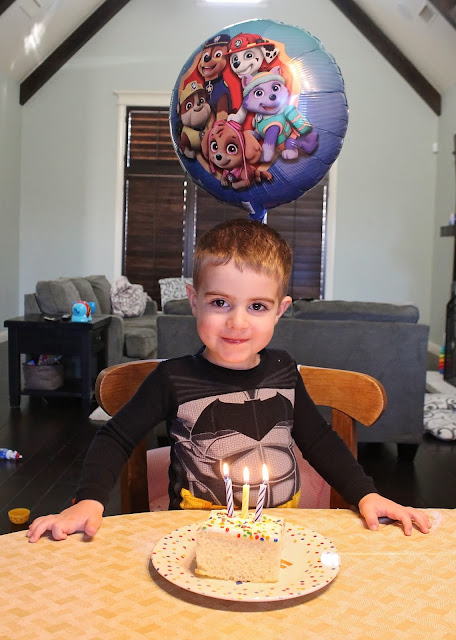 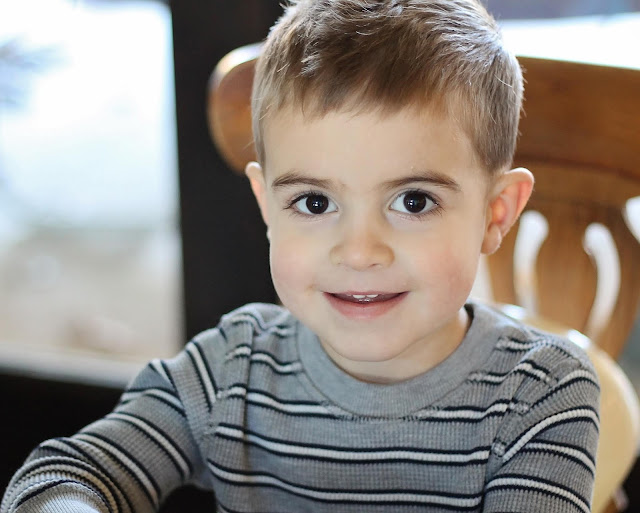 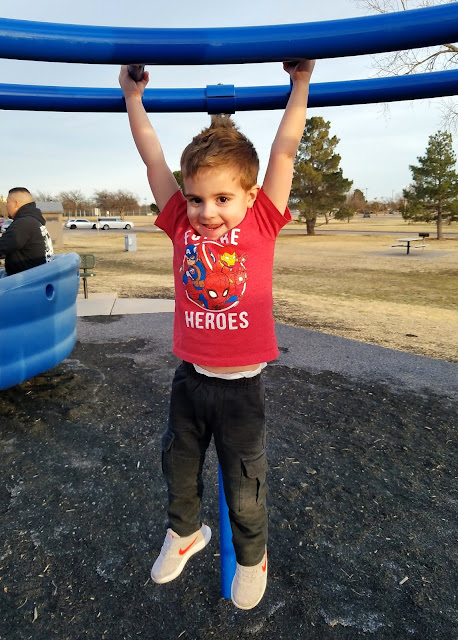 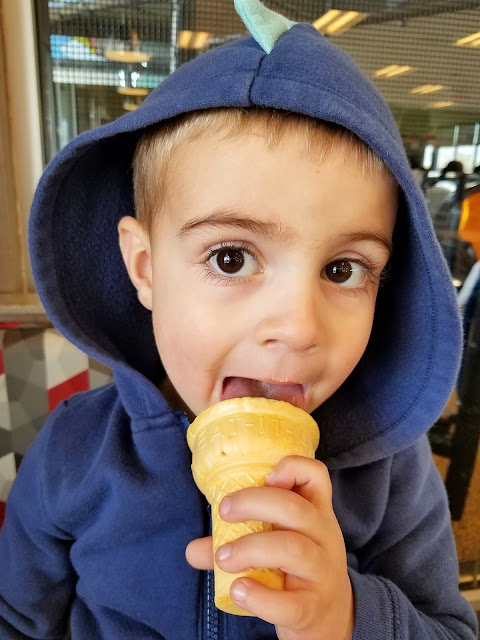 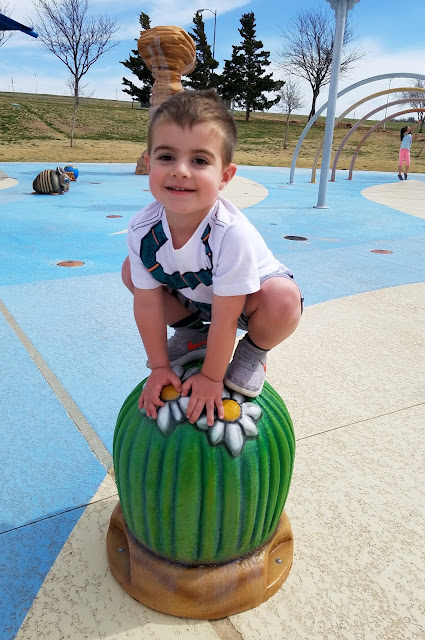 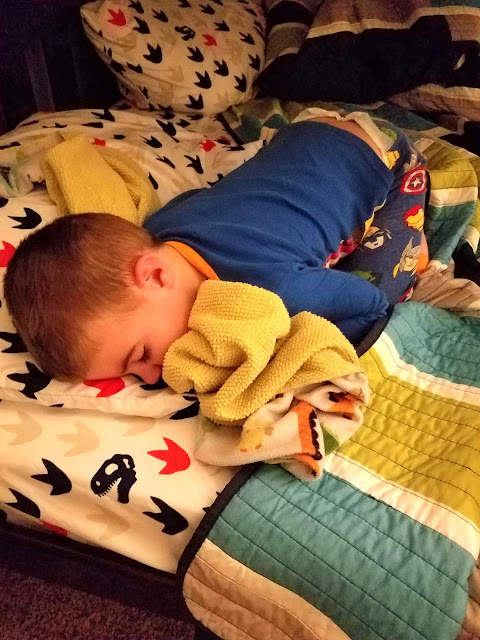