A Trip to Utah for Mimi's 90th Birthday Party

My grandma turned 90 in February! The family had a big birthday celebration planned for her the first week of March, and I was so glad I could attend. My mom and sister were also there, so it was a bit of a girl's trip too! Charlie and I flew out on a Friday afternoon, her party was on Saturday, and then we spent a couple more days in Utah before returning home.

Trying to keep this guy entertained on the plane. We had a 5 hour travel day and he didn't sleep for any of it. Our first leg had open seats, but the second flight was completely full and so I had to hold him on my lap the whole time. which made him very angry. There was lots of screaming between Las Vegas and Salt Lake, but we survived. 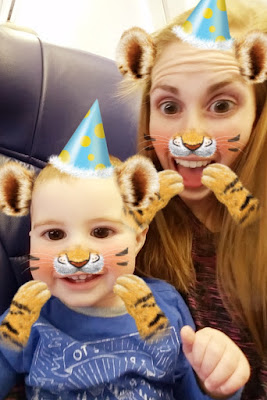 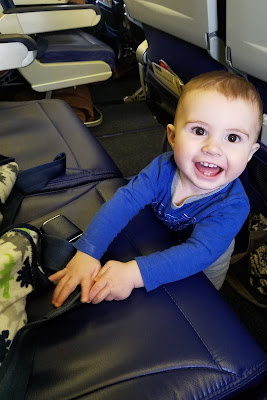 It was so good to see my grandma again! Charlie just loves her. He loves to hold her hands and always gives her the sweetest smiles. I'm hoping that next time I can bring the whole family out to Utah so they can all see her again. We have missed Grandma Mimi so much since moving to Texas. 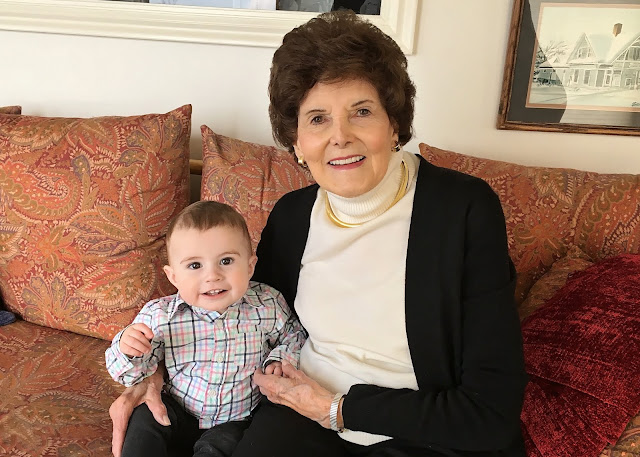 The party was held at my Aunt Susan's house in Provo. I was able to see several cousins that I have not seen for years! We had a yummy meal catered by Cafe Rio, followed by cake, and then a presentation about grandma's life. 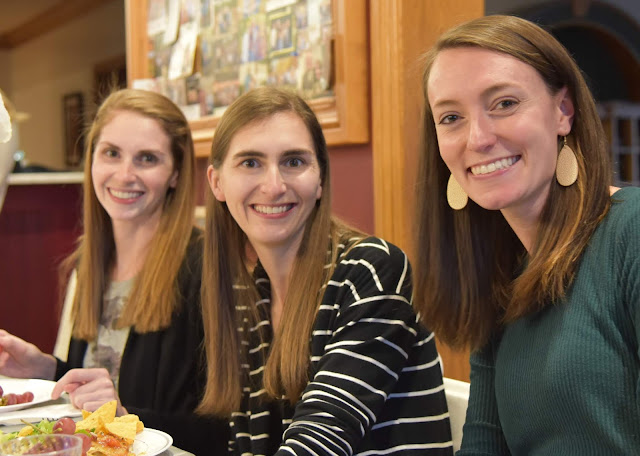 Charlie was the youngest one in attendance (great-grand kids weren't invited, but he was an exception) . He was really good the whole night and just bounced from relative to relative without complaint. 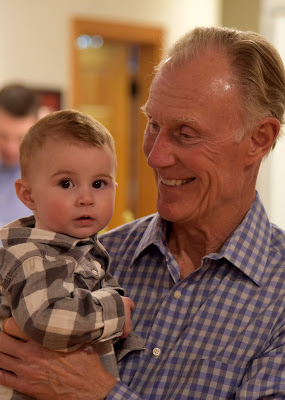 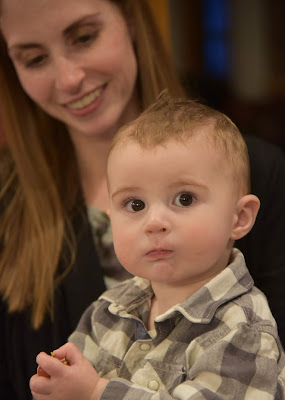 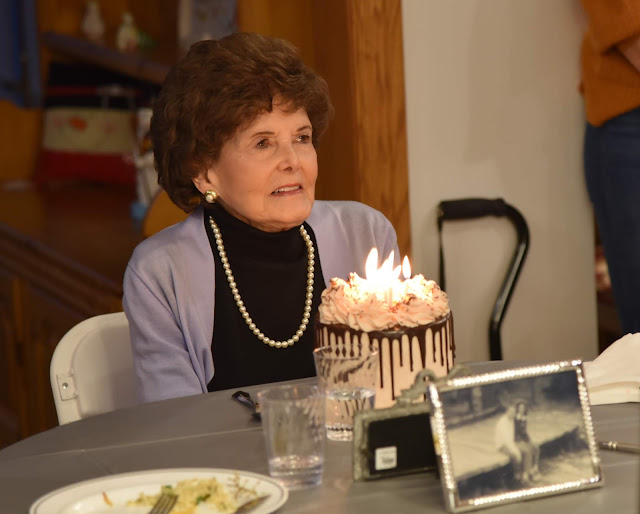 It was so fun to hear stories and see photos from her life. She is truly one of the most beautiful people I know. This is her with my Grandpa Roger. 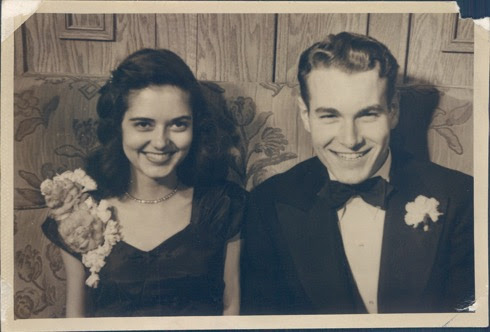 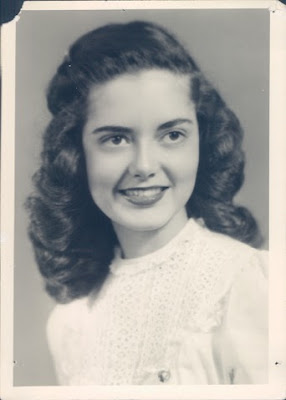 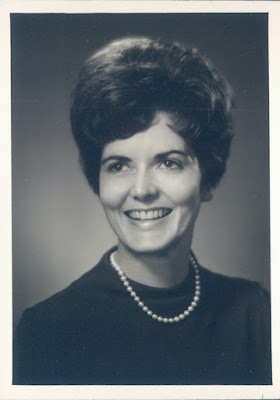 Group photo - it's hard to believe this is only about 25% of the family. She has an amazing legacy! 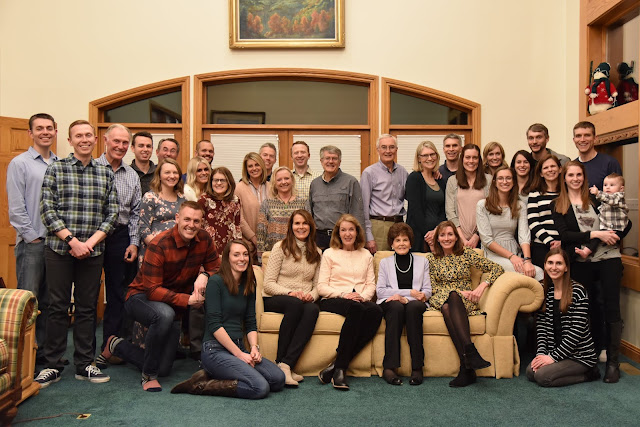 On Sunday we were able to spend more time with my grandma at the house and then we went to lunch at Little America with her, my parents and my sister. After lunch we had to say our "see you soons!" which is always hard :( I really hope I can make another trip that way sometime in the next year.

We then drove up to Park City to see my Uncle Brent and stay with him for a couple nights at his condo for some skiing! I was so glad I could extend my trip by a day so I could have a day on the mountain with my sister, dad, and Brent. It's been a long time since we all skied together! It was a beautiful day with blue skies and a couple inches of new snow. I was really worried I wouldn't be able to keep up since I've only skied a couple times over the last several years, but my legs held up well and I had a great day!


At the top of Jupiter Bowl (I think) 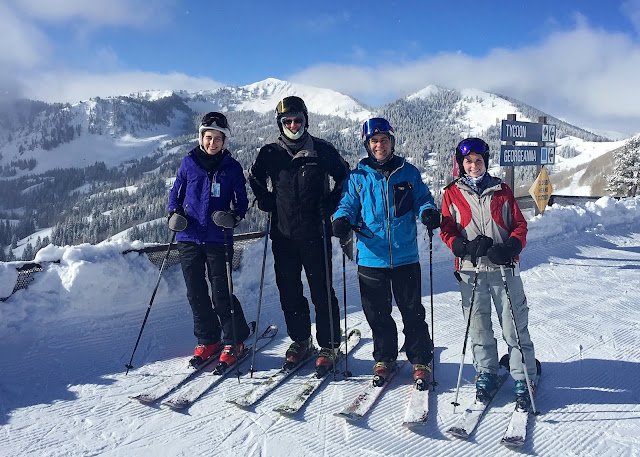 My dad said this one was frame worthy 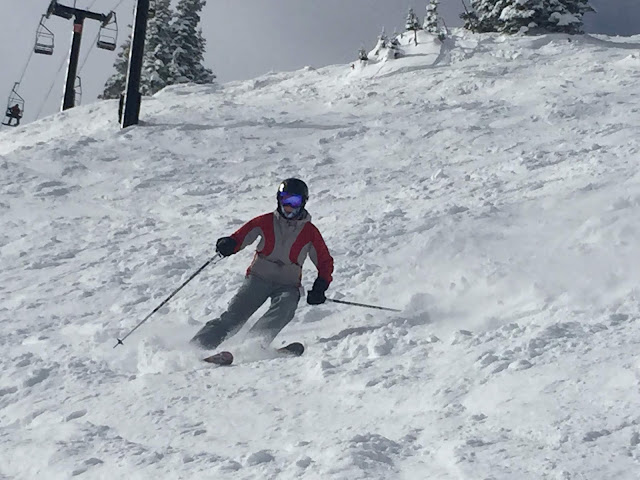 Riding the one of the chairlifts. Park City resort is HUGE! We rode about 12 different lifts that day and I never had any clue where we were. 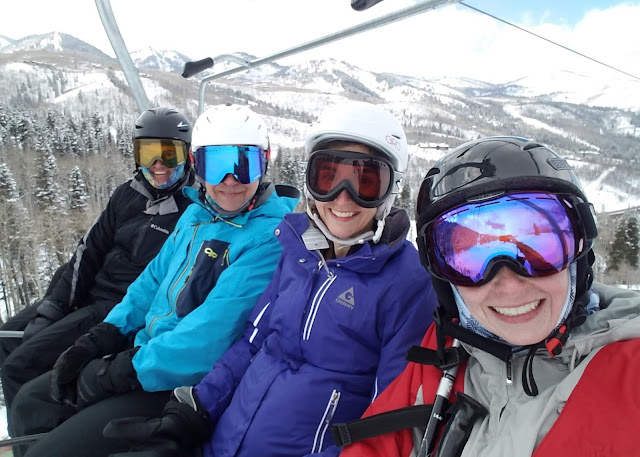 My sister and I at the top of the Thaynes, where my mom spent a lot of time on during her youth 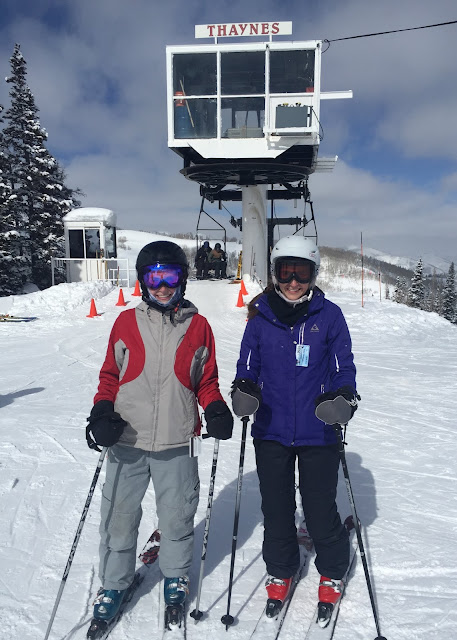 The ski day was made possible by Grandmari who loaned me all her ski gear and stayed back to watch Charlie. They had a good day together (except for getting locked out of the condo once) and she even got this picky eater to have some soup for lunch. 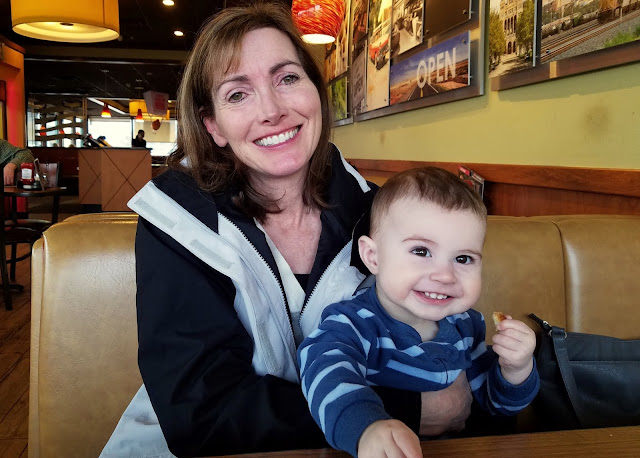 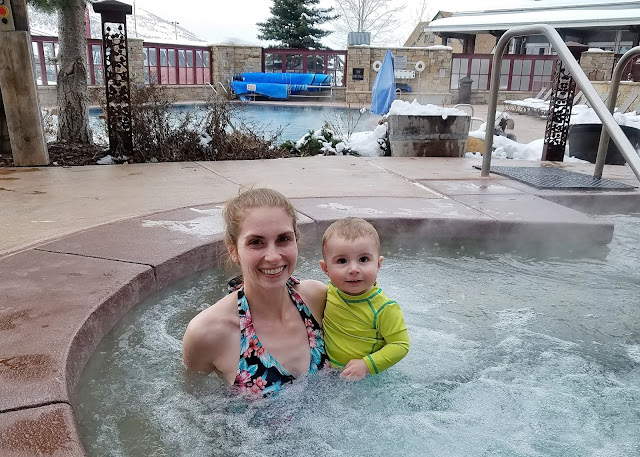 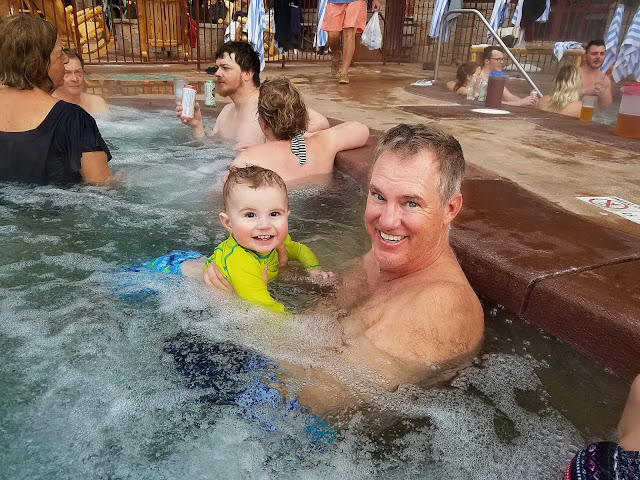 Headed home on Charlie's birthday! Luckily our trip back was much smoother than the trip out. We had an entire row to ourselves for both legs and after some exploring, Charlie took a nice, long nap. 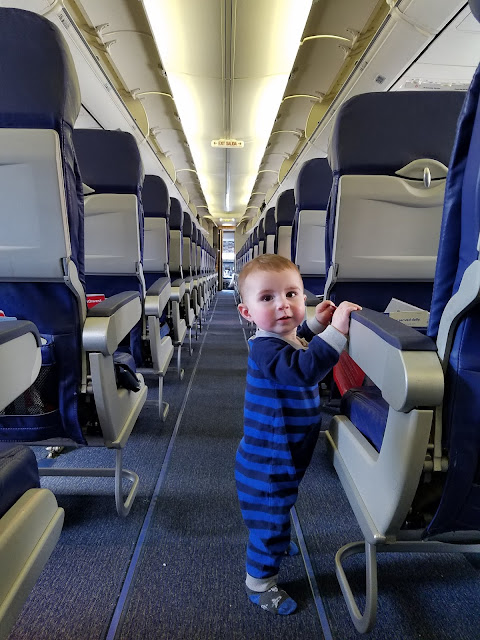 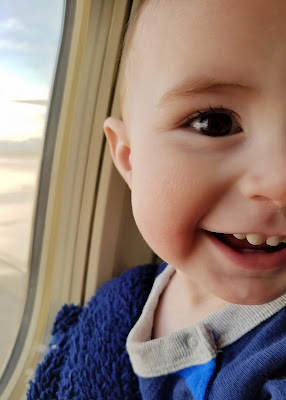 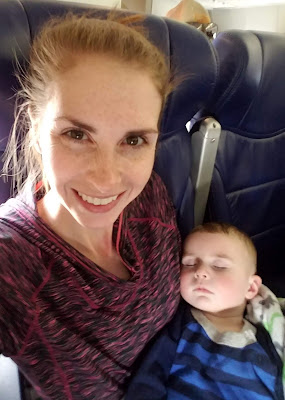