Normally I take a photo of the kids before Valentine's Day so I can send it out to grandparents with a little note, but that didn't happen this year. We were too busy. Dave had just returned from his grandma's funeral in Chicago, and we had a few church events that week (including a ward party), and we were in the middle of a room remodel for Davey (separate post). A week later I finally went to the effort to get the kids looking photo-worthy, and actually got a really good picture so I'm glad I still made it happen! 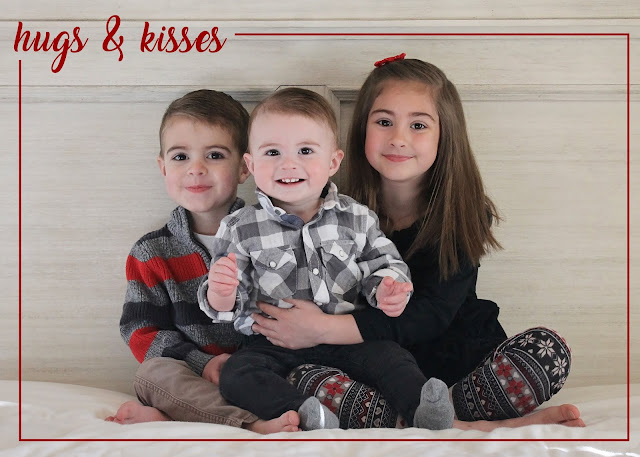 Our actual Valentine's day was pretty low key. The boys and I went to music time at the library, and Sophie went to school where she exchanged cards and had a little party. That evening we had planned to go to dinner as a family at Texas Roadhouse, but when we showed up at 5:00 the place was already packed! I had no idea it would be that popular, especially so early. We decided to eat elsewhere, even though I was craving rolls, and ended up a deli instead that was offering free kids meals that night.

We pulled up at the same time as another family in our ward, which turned out to be fun. The adults sat at one table and had a peaceful dinner while pretending we didn't know our kids, who were all having way too much fun at their own table. It's nice when "plan Bs" work out so well.

Here are a few photos of various Valentine's events:

I took the kids to the Valentine's slime activity at Michael's. They love playing being allowed to go crazy with all the glitter and sequins, and I love that we can just walk away from the mess at the end. 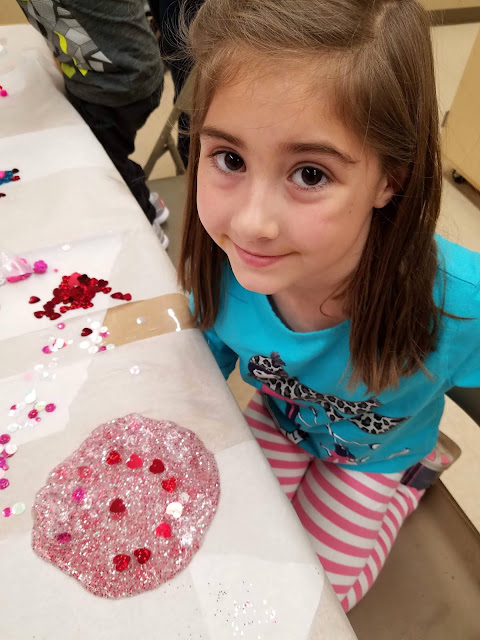 Davey decorated his slime with a million googly eyes. We went back a few weeks later, the employee remembered him as the boy who made a many-eyed monster :) 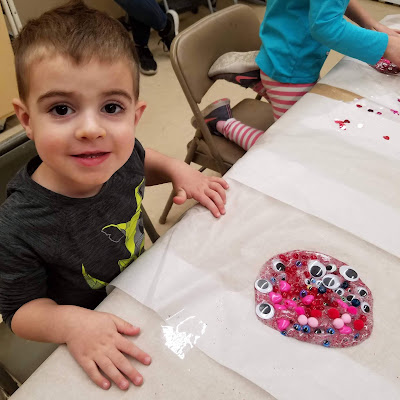 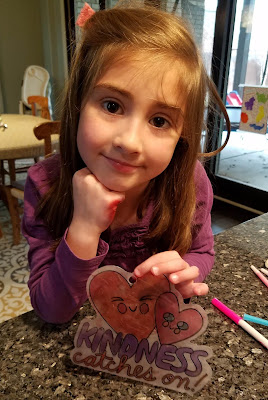 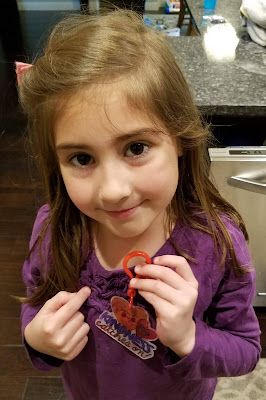 Some Valentine goodies I left out for the kids to find - a shirt, a little toy, and a box of chocolates (Charlie got yogurt melts) 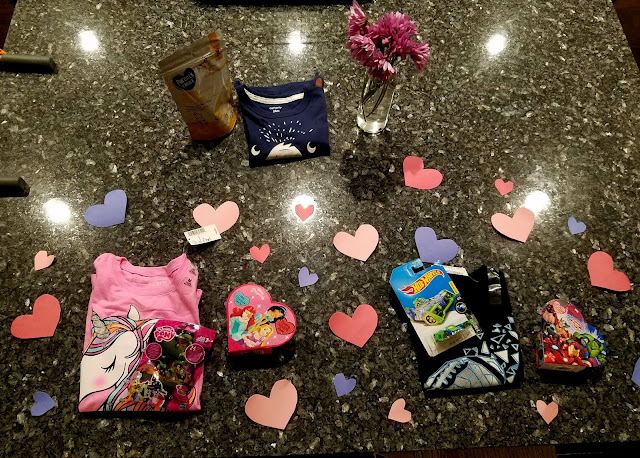 We had pink heart pancakes for breakfast 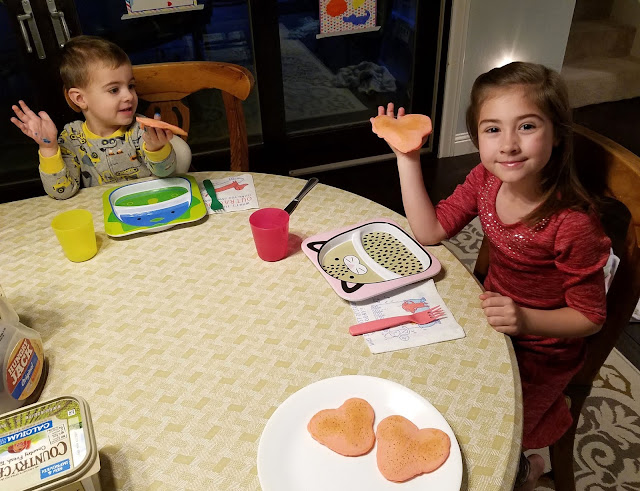 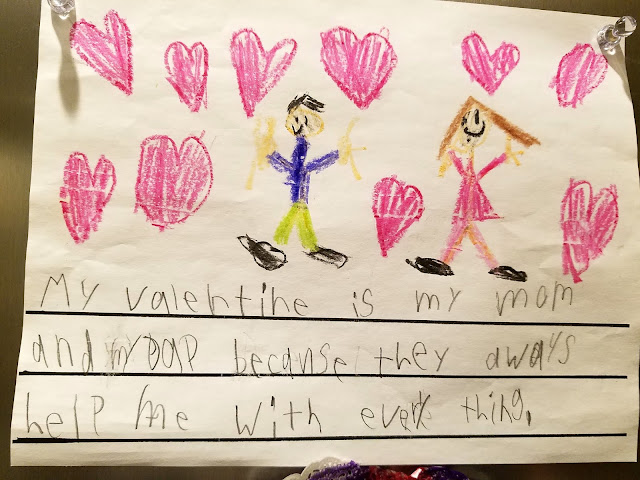 She also wrote us this card. I was touched until Dave pointed out that, depending on how you look at it, we are also the worst parents she has ever had. 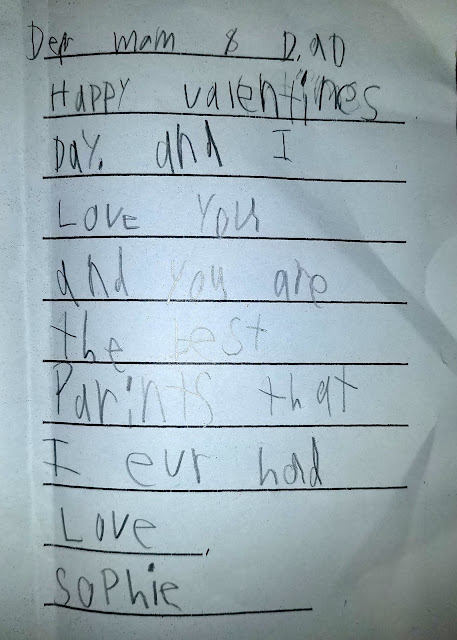