FREE Smoothies for a Year!

A smoothie shop near us was having their grand opening on Friday, February 1st. To promote their new location, they had announced "Free Smoothies for a Year" for the first 50 customers in line that morning! I think it's good to do something a little crazy every now and then, so I decided to go for it. A had a couple friends that were supposed to join me, but one decided it was too early/cold and the other's son came down with the flu during the night, so I ended up waiting by myself.

Luckily we live in Texas, and while it gets cold here, it's not dangerous to stand outdoors in the early morning for a few hours. I left the house at 5 am, when it was 25 degrees out.  I was fully prepared with long underwear, my ski jacket, hat, gloves, hand warmers, a subzero sleeping bag, and a chair so I wouldn't have to sit on the ground. I was by far the most dressed person out there, and was shocked to see some people waiting in just t-shirts and sandals.

When I arrived there were quite a few people already in line, but it looked like I would still make it. People kept coming and going, so it was hard to know exactly where I stood, but in the end I was #44 - I made it!! Free smoothies for a year for me!!

They passed out 50 cups just before 7 am and I was able to get one. It made me a bit anxious to be near the end of the line and I would have been pretty disappointed to go home empty handed. 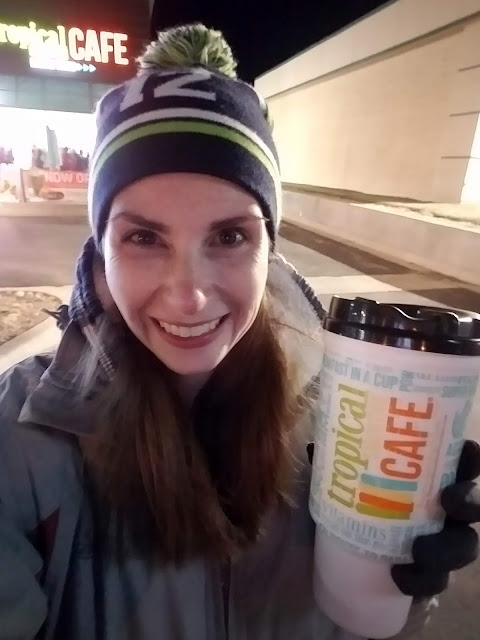 My punch card, good for 52 free smoothies. There are about 30 combinations on their menu, so I'll be able to try them all! 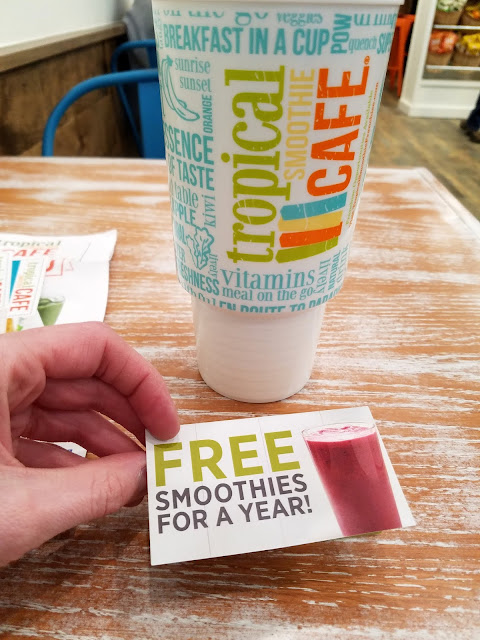 The kids are going to get very spoiled with their weekly smoothie. We pass the shop on our way home from Sophie's school so it's a convenient stop :) 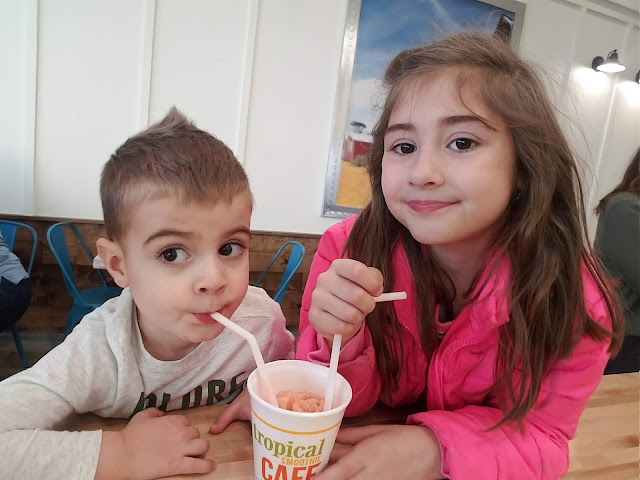