Just a few days before his birthday, I decided that Charlie was starting to look a little scruffy so I sat him down for a haircut. His hair is still baby-fine and wispy, but he had lots of long pieces hanging over his ears and down his forehead, and the back of his head would get all fuzzy where he would rub it during nap. I put him in the bumbo and gave him a few things to hold and then shaved up the sides with the buzzer really quick, and also took a little off the top to even things out. He was really good and looks so grown up now! 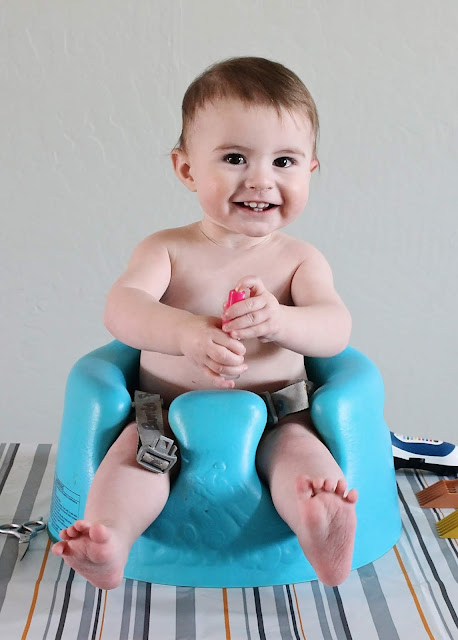 After - what a handsome little guy! 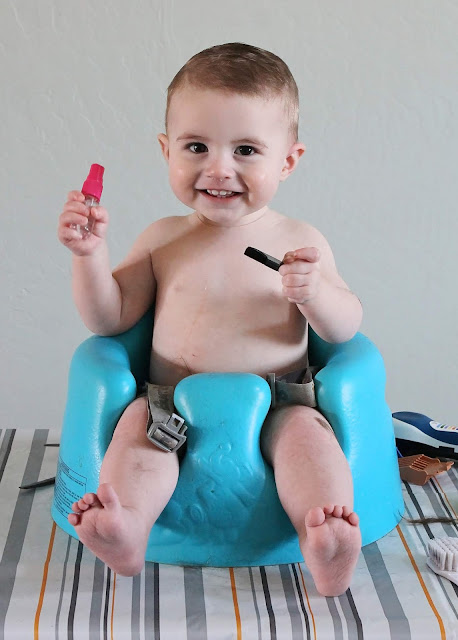