Charlie is 10 months old now, which means this will be one of his final monthly updates. His first year has just flown by and it's been so fun to watch him grow. This is the first month where I feel like he's more kid than baby - his personality has become stronger, he's got a mouth full of teeth, he's started pulling up on everything, and he always wants to be in the mix with the other kids.

He is still really struggling in the eating department. Nursing accounts for 95% of his intake, which is not sustainable, but we are trying hard. We've tried pureed food, mashed food, finger food, warm food, frozen food, spoon feeding, pouch feeding, letting him feed himself - you name it, we've tried it. And sometimes we find something that works, but inevitably it only lasts for a day or two and then we are back to just nursing. He has recently started to take a bottle, however, which he hadn't done since he was just a few weeks old. He also has developed a love for the baby yogurt drops, which have no nutritional value, but may pave the way for success with other finger foods. I've put him on a one week trial and if we don't see improvement then we will schedule an appointment with a feeding therapist. Come on Charlie!! 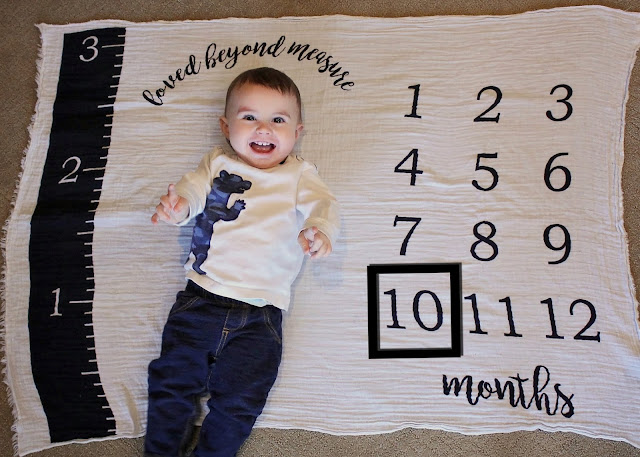 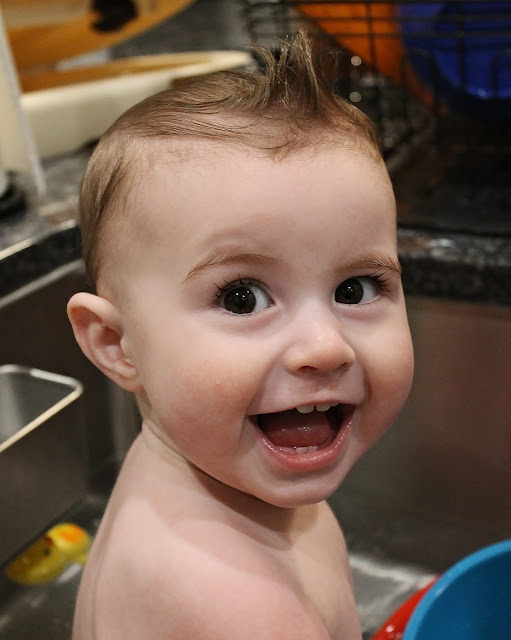 Standing to look out the window 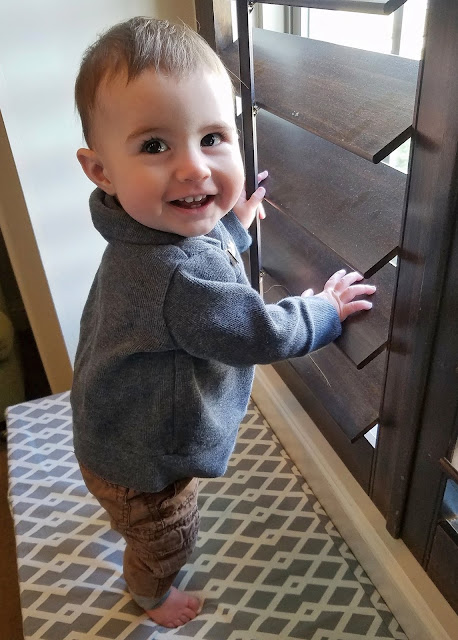 His mouth full of teeth makes him look so much older! 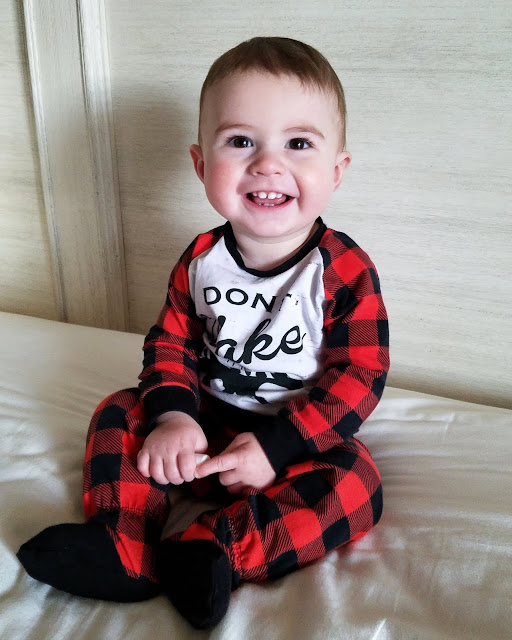 Charlie got a bloody nose in the night after we got back from our trip. It freaked me out to find him covered in blood, and I was so relieved to see that it was just a nose bleed and that he had not been mauled. We suspect it happened because Amarillo is so much drier than Seattle and Dallas. This photo was taken after I had already cleaned up his face with wipes and then put him in the bath to wash off the rest. 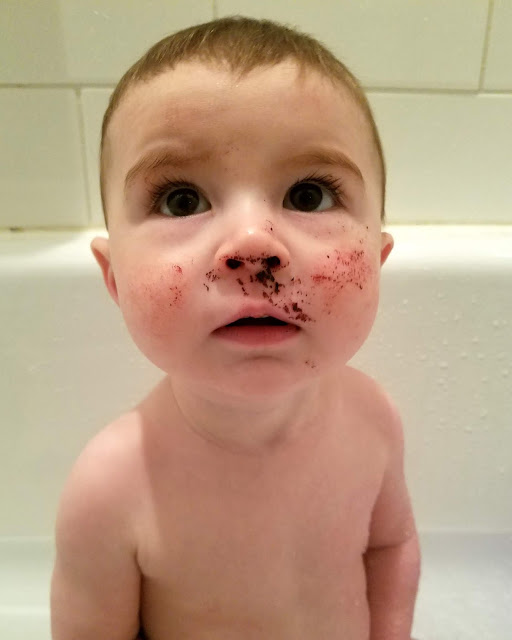 I accidentally buckled Charlie into Davey's car seat one day. He's getting so big that I didn't realize anything was wrong, except I couldn't figure out why the buckles were so loose. 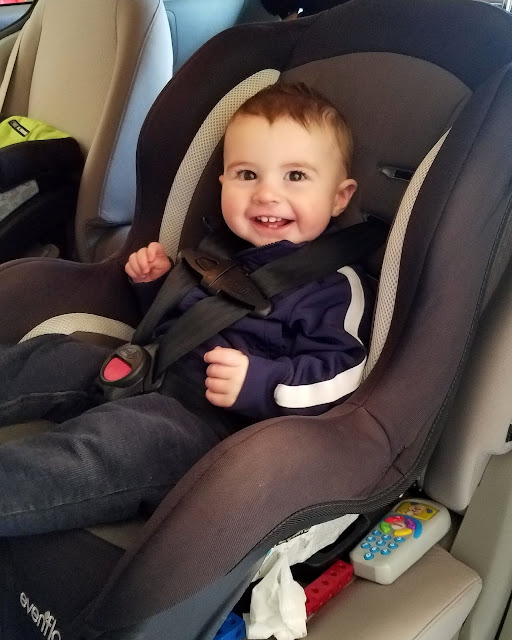 Sucking on pretzels. I'm not sure he ended up really eating any of them, but putting them in his mouth was a step in the right direction. 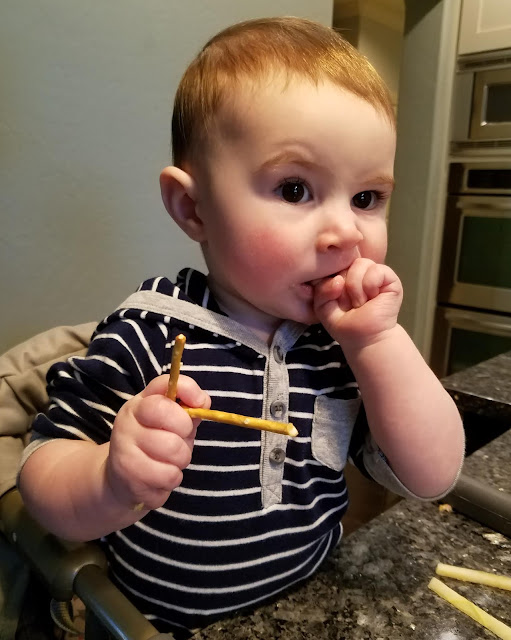 Just scattering the pieces of a puzzle. His siblings are slowly starting to learn that if they don't want something bothered, they need to keep it up high. 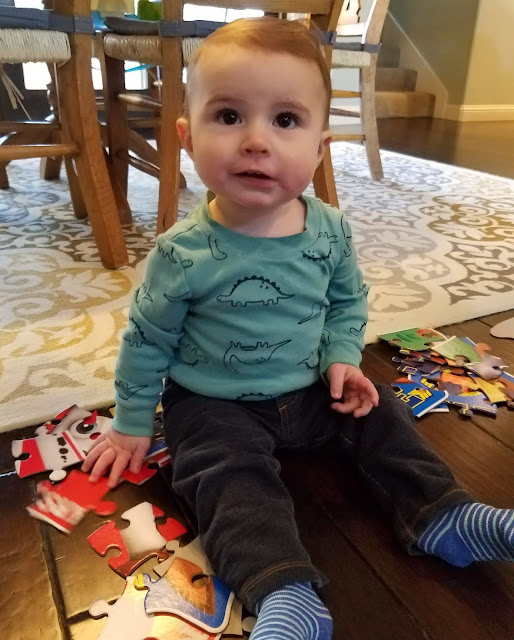 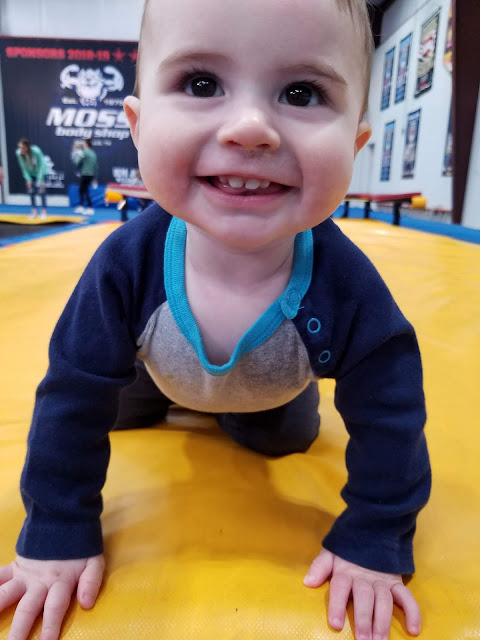 Taking a nap snuggled up with his blanket "Blue" 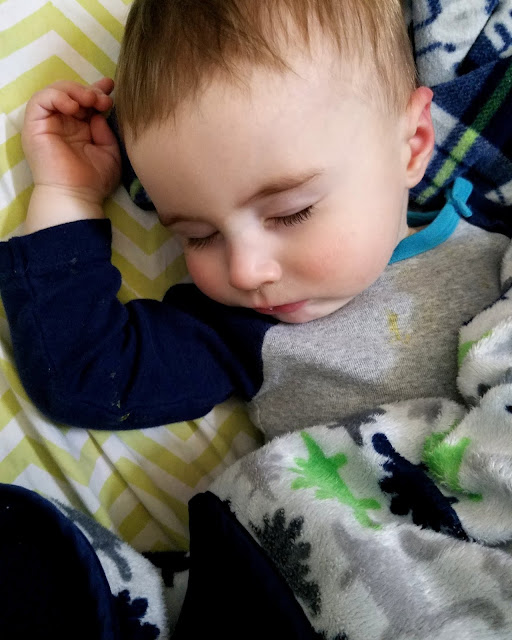