Charlie is 9 months old now! He is crawling on hands and knees, exploring everywhere he can. His favorite destinations are Sophie's room, the Christmas tree, the dishwasher and the shoe basket. His most notable change is that he's no longer our chunky boy. We had noticed his growth slowing, and at his 9 month well child visit the pediatrician confirmed that he had actually lost a pound since his last check up, falling from the 80th percentile to the 38th. Part of that slim down is due to his increased physical activity, but mostly because he has been so resistant to eating solids.

We are not sure if he has a super strong gag reflex, or is just difficult, but it's hard to get food in his mouth, and once it's there he does not know how to swallow. Luckily we've seen a big improvement over the last few days! He's willingly eaten a few tablespoons of oatmeal and purees, which seems small, but we're moving in the right direction! If he keeps improving over the holidays, we might be able to cancel the "oral aversion" evaluation his doctor wanted him to have. Wish us luck! 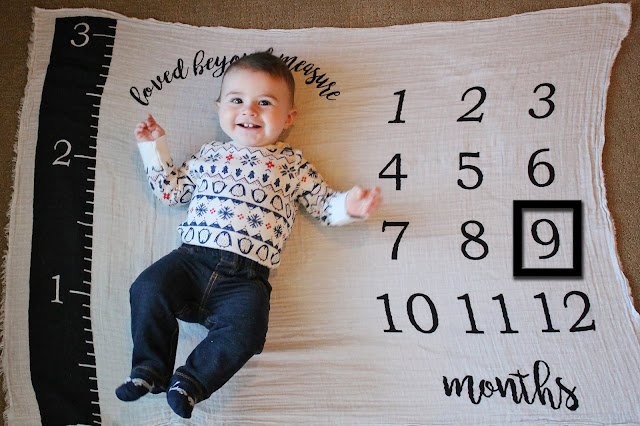 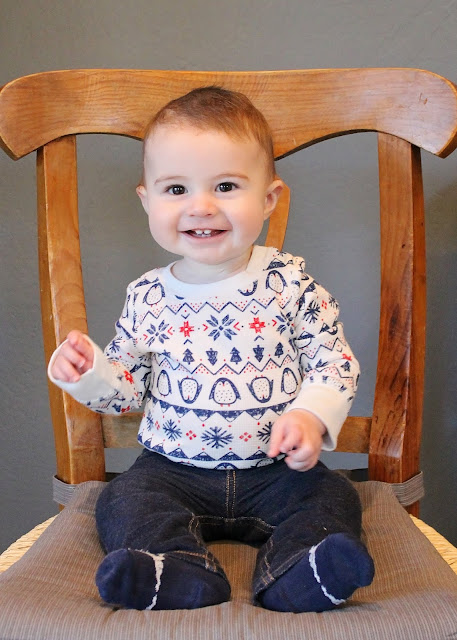 At his check up, where he got busted for being a bad eater 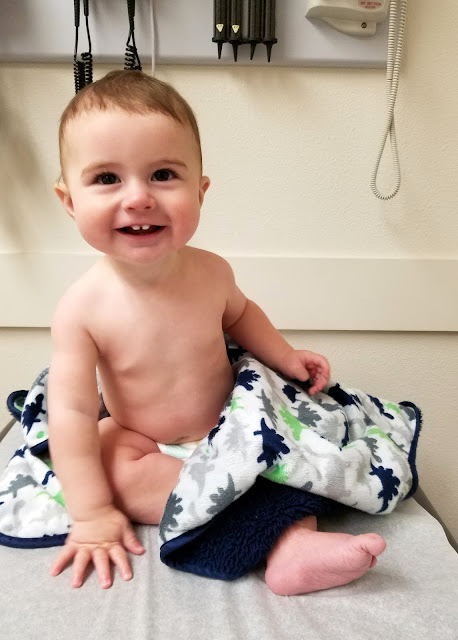 He is probably wearing more food than he ate, but things are getting better! So far we've found that he tends to like savory foods more than sweet, and he seems to dislike anything apple-based. 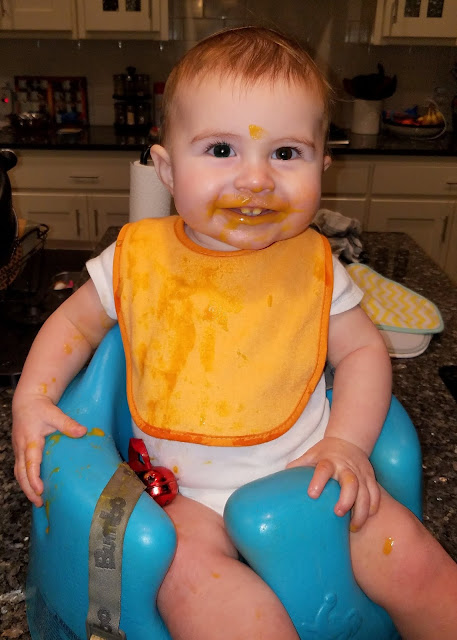 Trying to pull down the Christmas lights 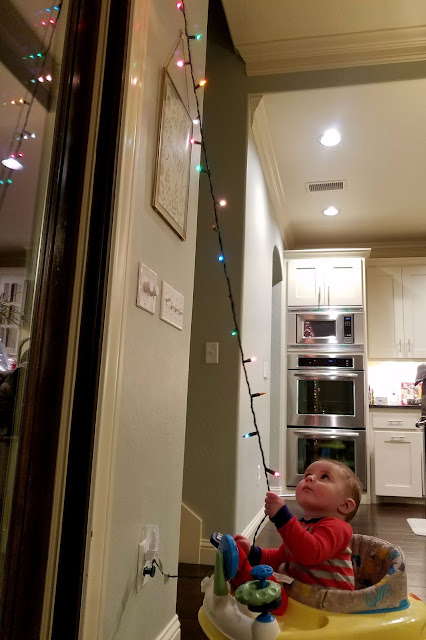 First time in the car cart at the grocery store 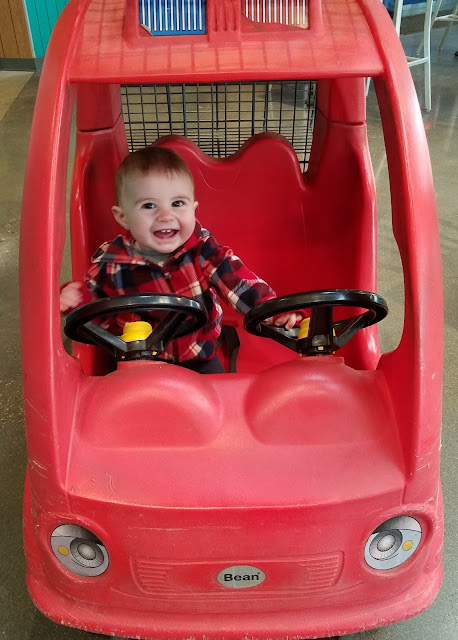 Baths in the sink are still a favorite, especially if I leave the faucet running on just a trickle 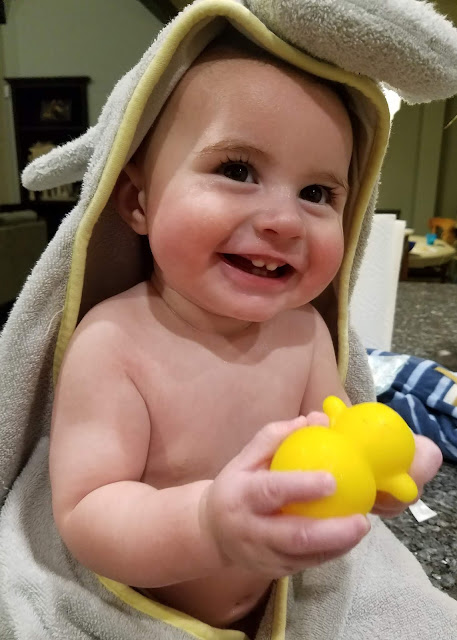 Snuggled up for a nap with his blanket "Blue" 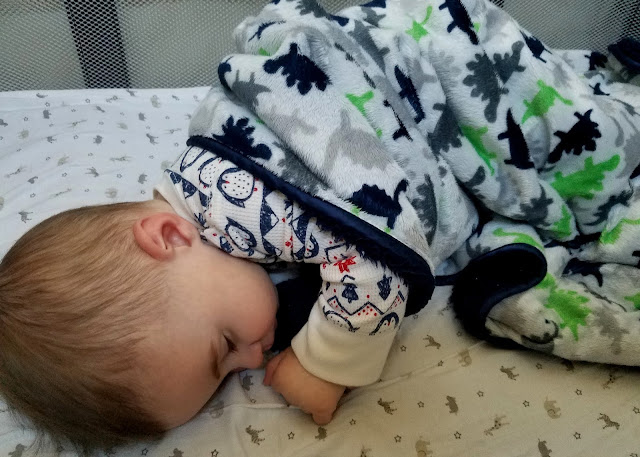