This year I turned 33 years old. I had a good day and received lots of thoughtful messages from family and friends. My birthday also happened to be "Grandparents & Special Friends" day at Sophie's school, so I went over to have lunch with her since we don't have local grandparents. My friend offered to watch Davey and Liz stayed back with Charlie, so it was just us girls. We had a nice time talking while eating Cheetos and soda together.

After lunch, Dave came home from work early so I could go out shopping by myself for awhile. I found a few new clothes, and just enjoyed having an hour of solitude. Dave also did school pick up afterward so I could have some time at home.


Me and Sophie at kindergarten lunch 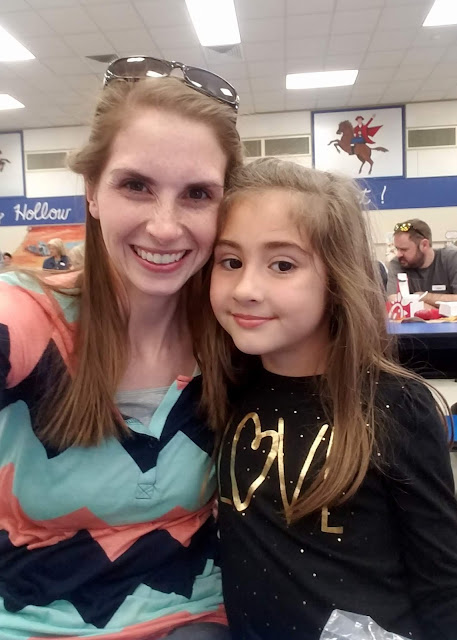 As a family we didn't do too much to celebrate because Dave and I decided that this year we would get new phones instead of giving each other birthday gifts, since our current phones had entered the downward spiral of death. We did go out to eat however, and chose the Big Texan because I love steak, it's family friendly and they have a great birthday special. This was the kids' first visit and they had a fun time looking at all the animals and western decor. It's gaudy, but fun and Sophie has already declared that this is where she wants to go for her birthday. I'm glad she likes steak as much as I do! 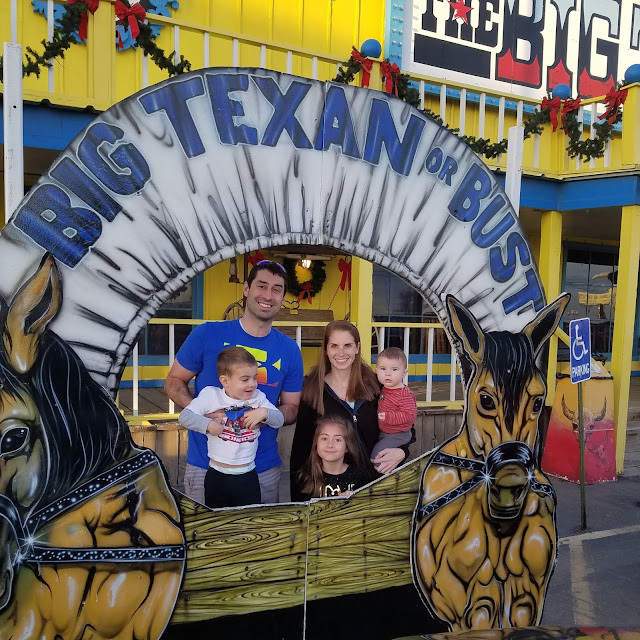 Before sitting down to eat we let the kids play for a bit in the shooting gallery. There are lots of targets scattered around a room that make a sound or move if you hit it. Davey loves guns so he thought it was awesome! 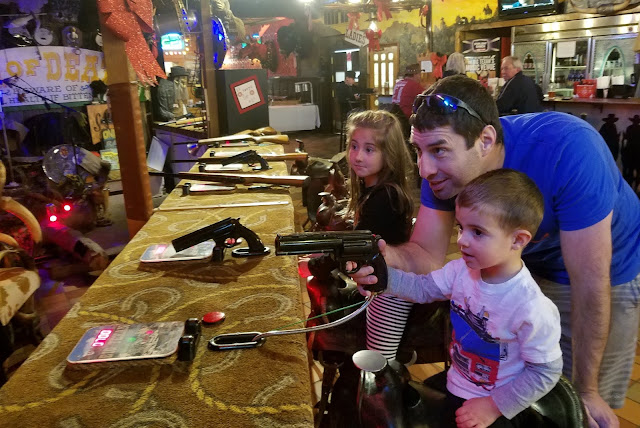 You get 25 shots for just $1 so everyone was able to take a few turns, even Charlie :) 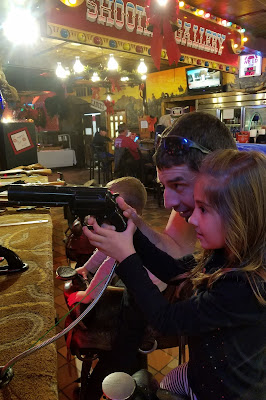 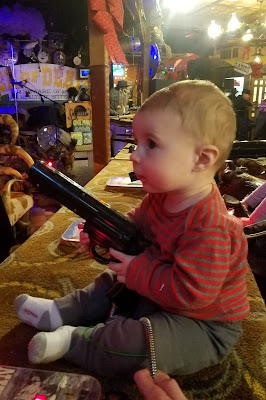 We had a wonderful waitress who took great care of our family. She brought out hats for all the kids to wear. Davey still wears his around the house all the time. 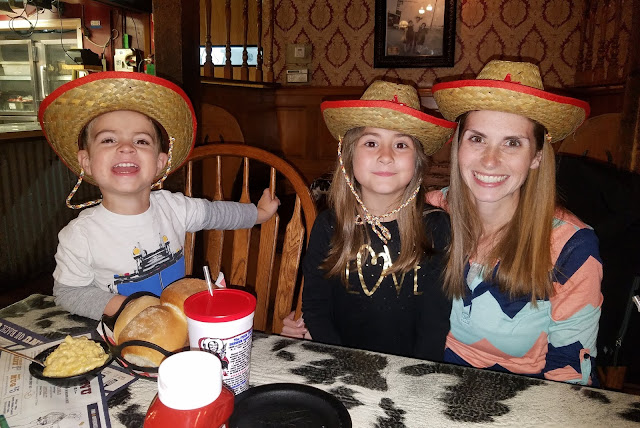 Charlie had no idea what was going on, but was a good sport anyway 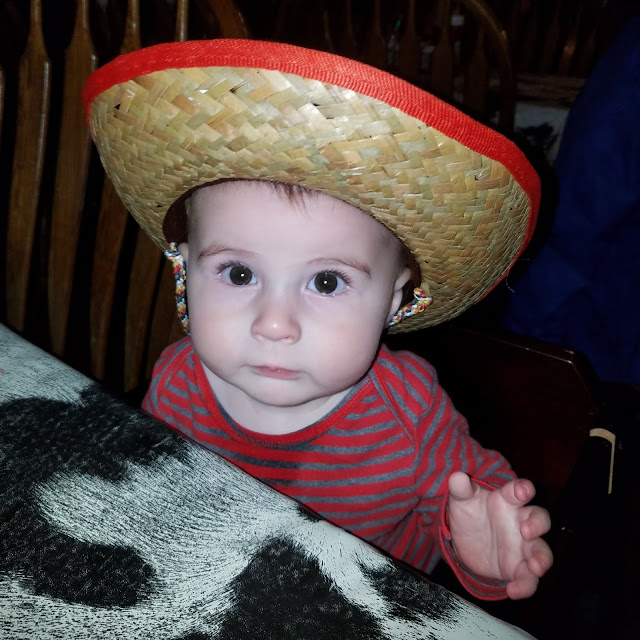 My free birthday meal, which was delicious! Prime rib, 2 sides (mac & cheese and mashed potatoes), a roll, and a drink. 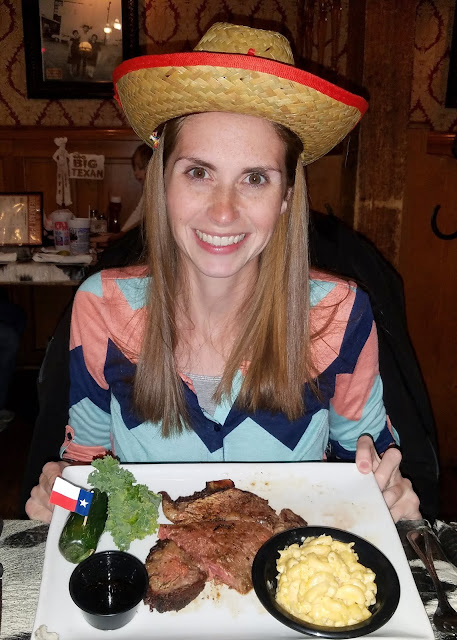 Video: Of course Dave made sure the fiddlers came over to give me a birthday serenade