The BIGGEST Puzzle Ever

I received a 3000 piece puzzle for my birthday from Liz. This was double the size of the largest puzzle I'd ever done and I swear the box weighed about 5 pounds. We started right after the Thanksgiving meal was cleaned up, and then finished exactly one week later, during which we had to eat at the bar because this puzzle covered the entire surface of our kitchen table.

Because it was so large, we had very little room to work and found the best way make progress was to sortsimilar pieces into bowls/pans so we could take those "projects" elsewhere to have more room to work. Dave was the master organizer, and then I would take his collections, assemble the pieces, and then reinsert them into the puzzle. The kids were also surprisingly good a leaving the puzzle alone, although Davey would often stop by and hook a few pieces into random places, which we would later undo.

After it was complete I left it out for two more days to admire, and then we broke it up again. It would have been a fun one to mount and frame, but the kits I looked at for a puzzle this large were super expensive! To make things easier for next time (if there is a next time) we put the pieces away into a few different gallon ziploc bags so we can work on it just one section at a time. 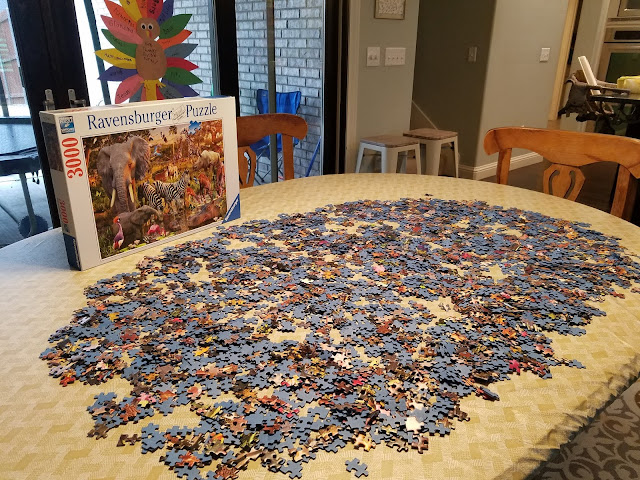 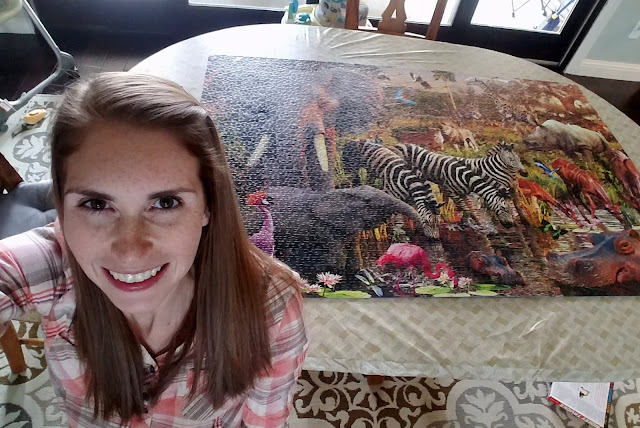 Some close up shots... one of the hardest parts of this puzzle was trying to figure out the scale. Things that looked right next to each other on the box would end up being four or five pieces apart. 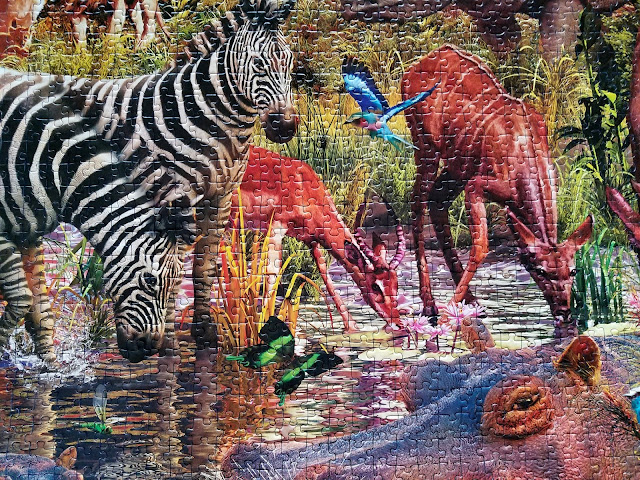 The elephants (aka massive grey blobs) were the most challenging and the section we saved for last, but they sure look pretty put together! 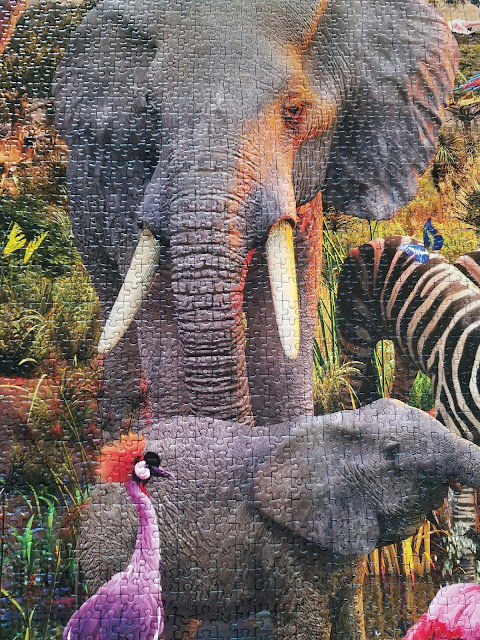 Charlie enjoyed swimming in the pieces after we first dumped it out. This could be why a couple came up missing at the end... 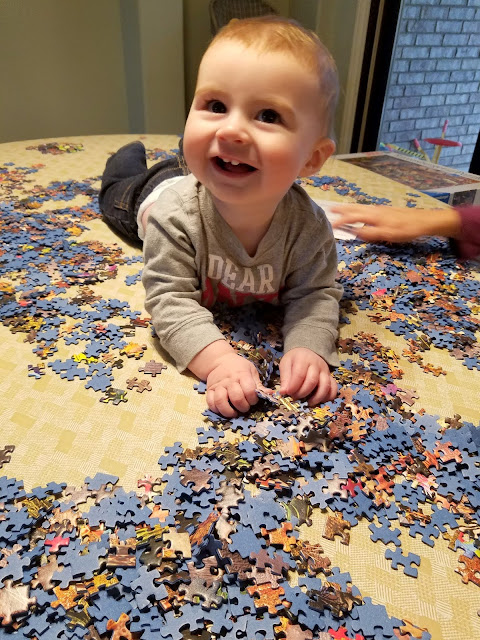 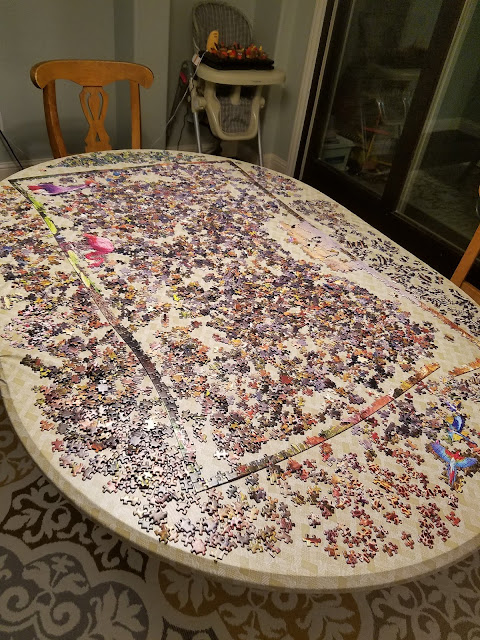 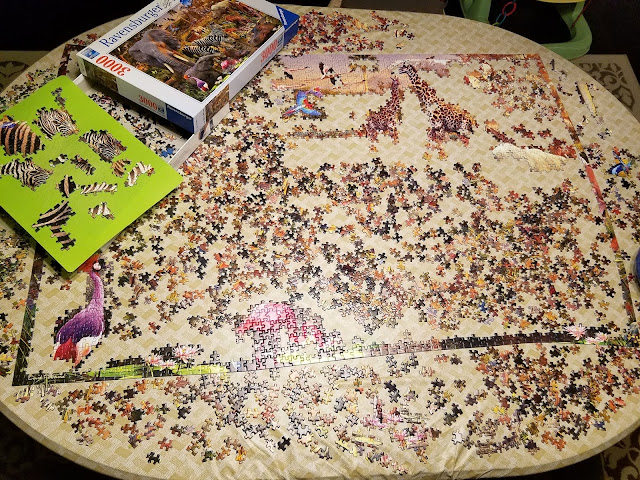 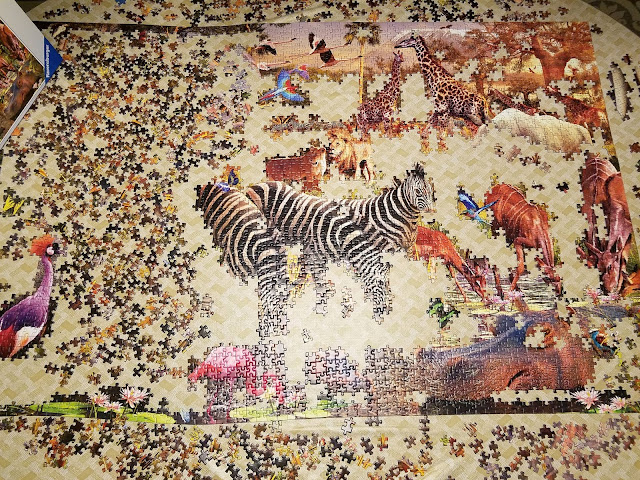 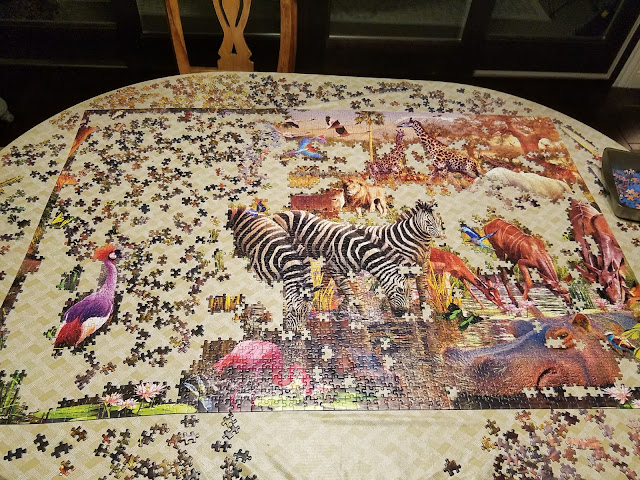 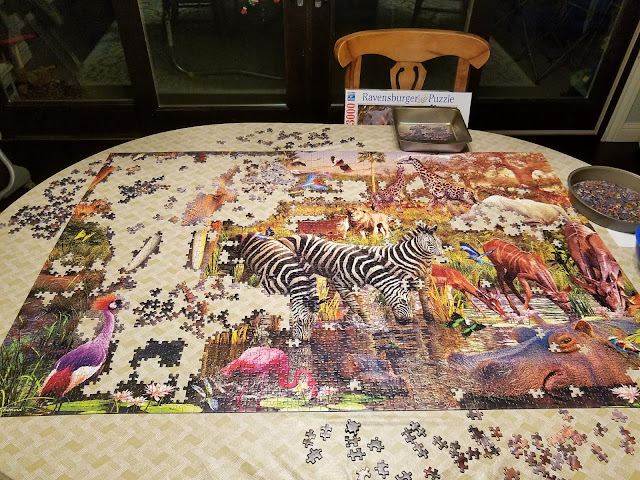 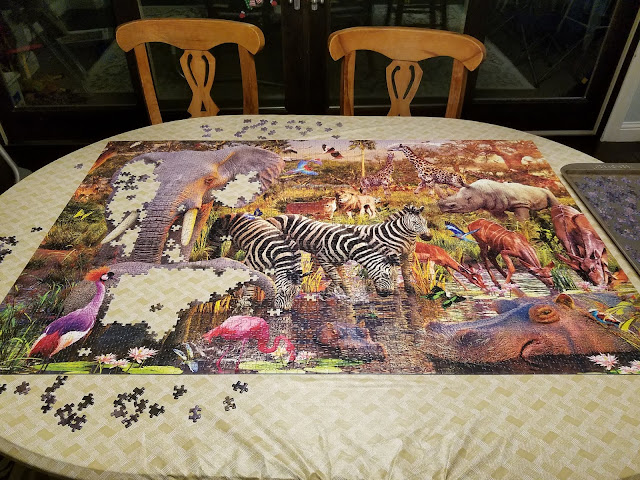 Day 7 - All finished!! As you can see, our table was just barely big enough! 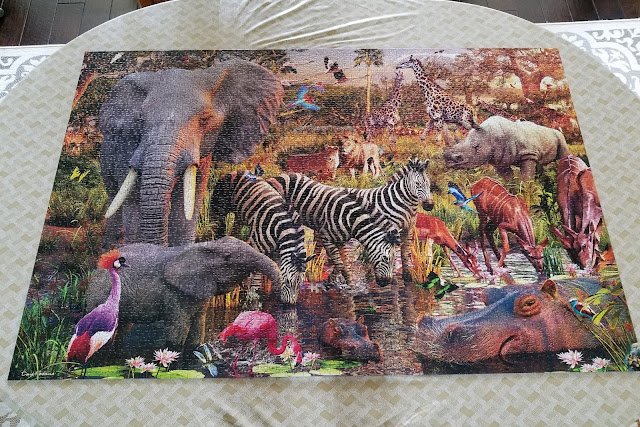