Charlie is 8 months old now! He went through some big changes over the last couple weeks and is now army crawling all over the place, saying "mama," and going to bed at a reasonable hour. He also got his first teeth! Only one tooth came through on the top though, so he's got a cute little jack-o-lantern smile that was perfect for Halloween. We had hoped that he would also start eating this last month, but he still refuses spoon feeding. We've tried oatmeal, apples, carrots, avacado, banana, and even ice cream with no luck. He also hasn't figured out how to chew and swallow finger foods either, so I am still exclusively nursing this giant boy. Maybe this month we will have more progress.... we sure love him though!! 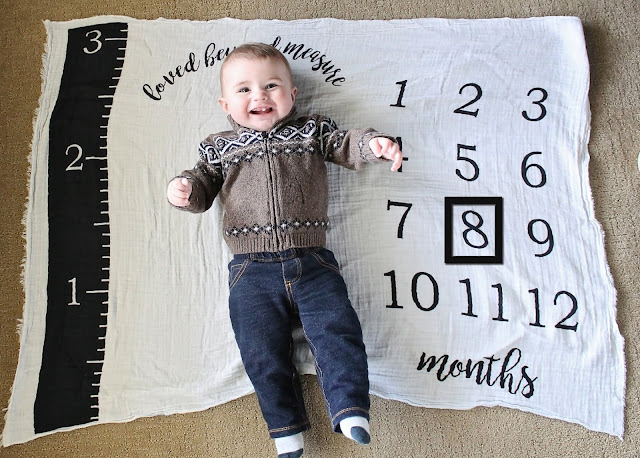 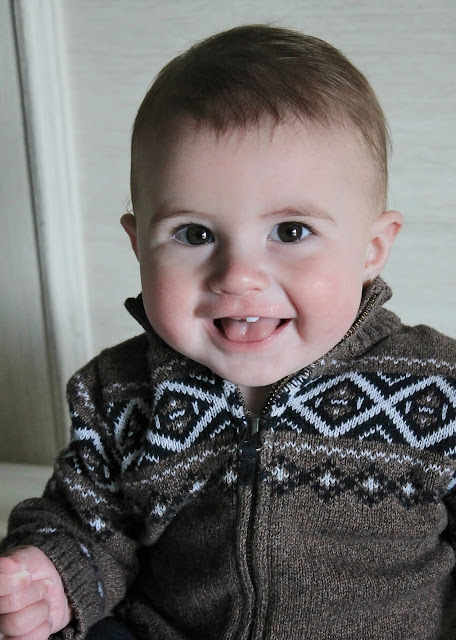 First time in the snow! It was windy and freezing cold, but he didn't seem to mind. 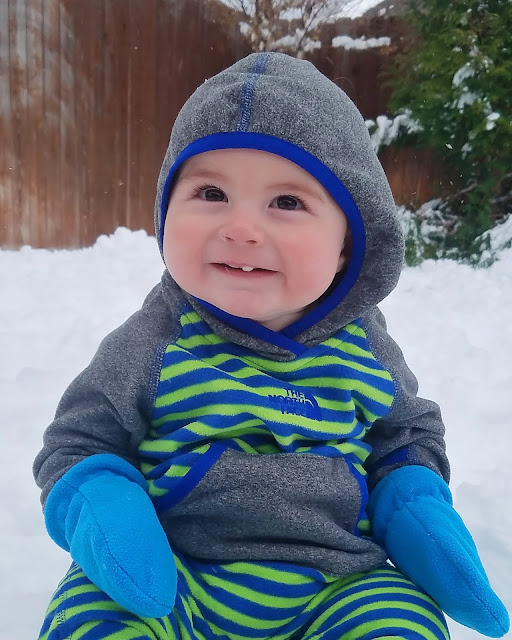 Crawling around, looking for crumbs in the rug 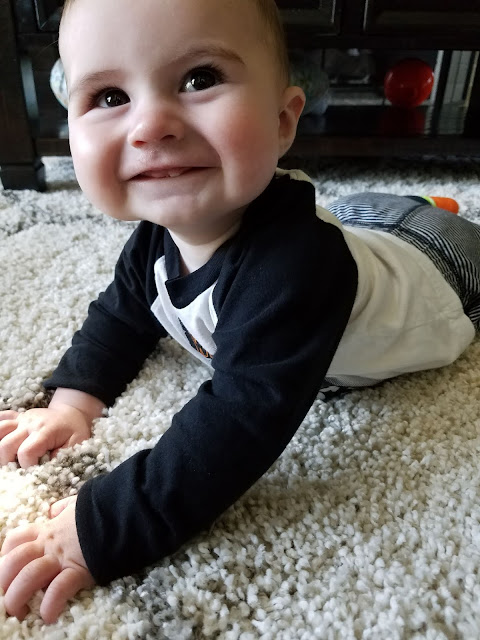 Sad that I won't let him eat marbles 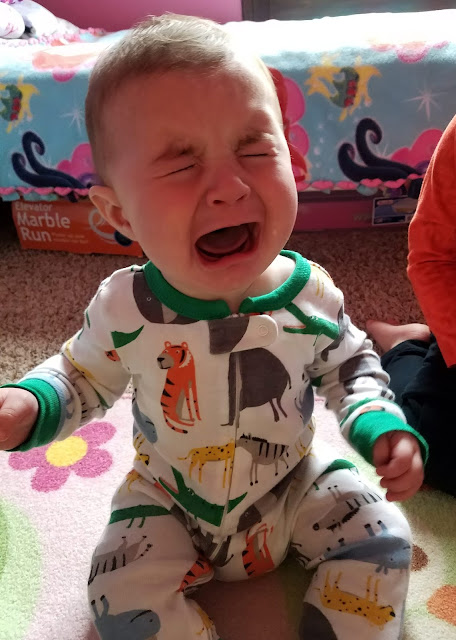 Charlie loves bath time. In just a couple months he'll be ready to join the big kids, but for now he gets cleaned in the kitchen sink. 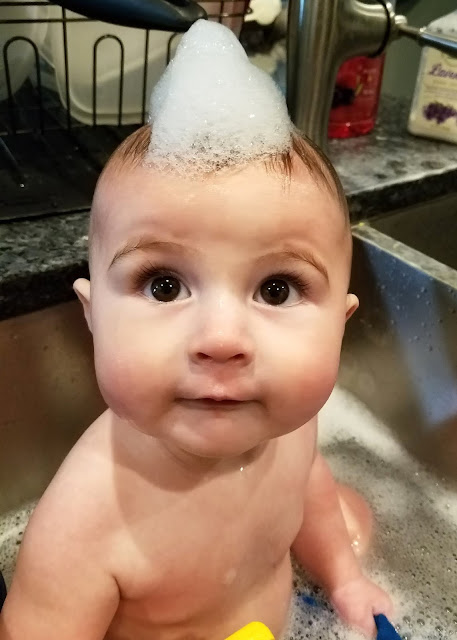 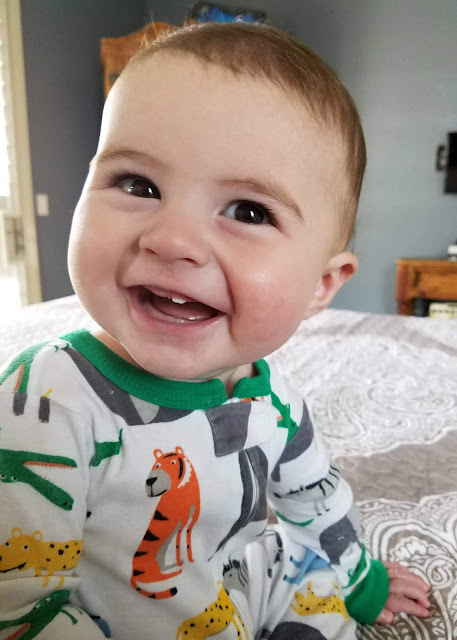 Sleeping on the rug 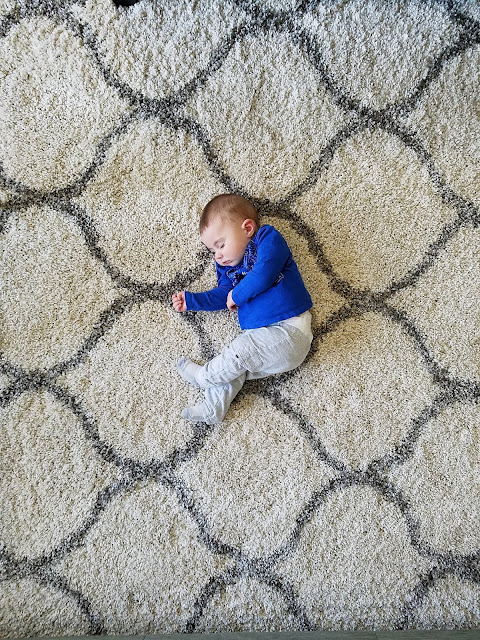 He is just the sweetest boy 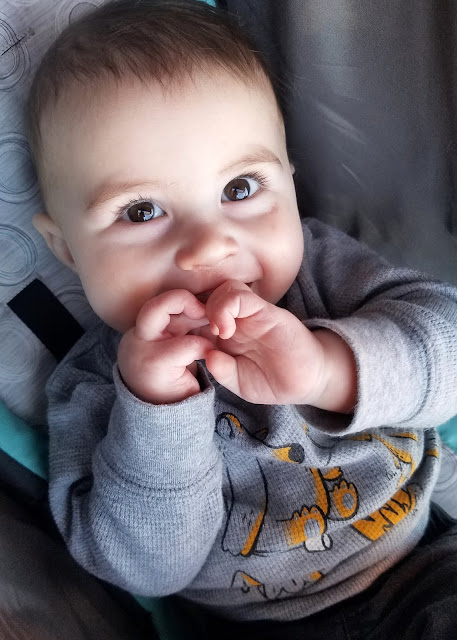