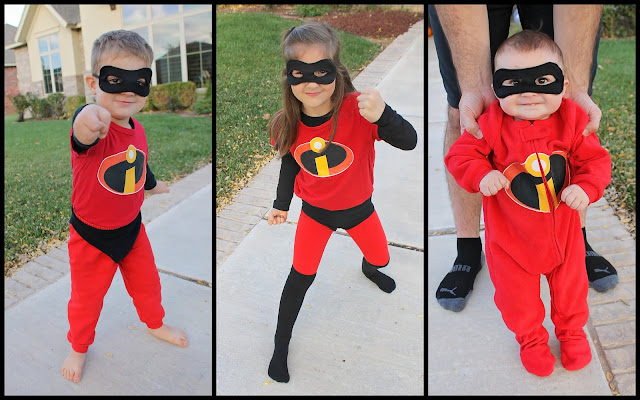 This year we did an Incredibles theme for Halloween. With the new movie that came out this summer it was a popular costume choice, but we would have done it anyway because we had the perfect family set up - dad, mom, big sister, middle brother, and baby boy.

I chose to make our costumes again this year and spent a long time searching second hand stores for red clothing for the entire family. I had to resort to eBay to get a red sleeper for Charlie, but in the end I was able to find stuff for everyone. I also ordered iron-on logo transfers from eBay because I didn't want to attempt making them on my own. The last big piece was creating masks, which actually turned out to be way more challenging than I planned. It turns out I am no good at measuring faces, or cutting eye holes that actually align with a person's eyes, but they worked well enough for the short time we were wearing them. 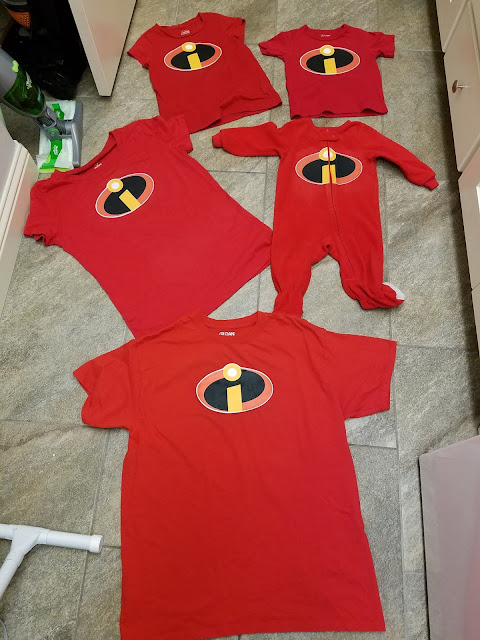 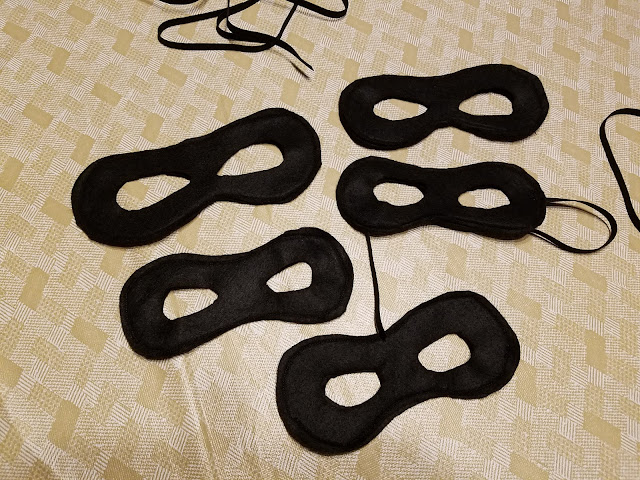 We debuted our costumes at the ward Halloween party. It was actually a great costume theme because the red made it really easy to find everyone throughout the night. And there was no question about who the kids belonged to, so we let them wander freely, even Charlie! We brought his walker and he just cruised around the church gym looking at things. The YW were in charge of the carnival and party, so I was busy making sure everything was running smooth and didn't take many pictures, but it was a fun, successful night. 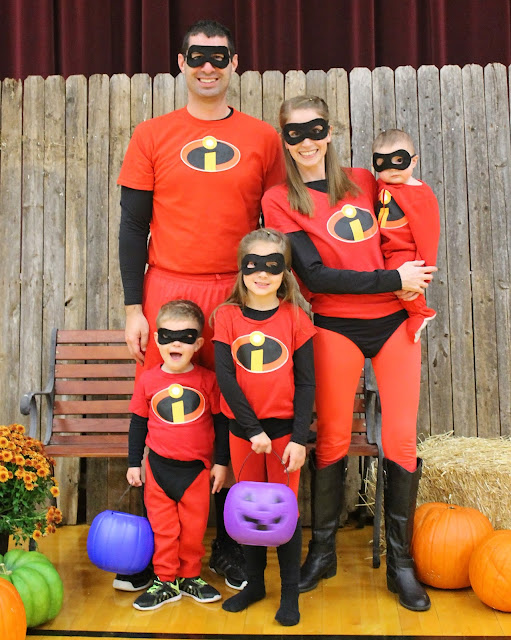 Sophie with her friend Bodie, and Davey at the cupcake walk. I was helping him and it took us about 15 rounds before he finally won. 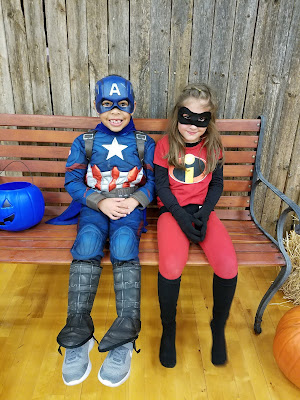 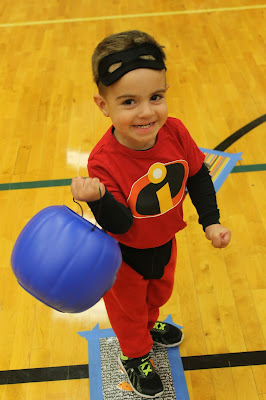 We carved our pumpkins the day before Halloween this year. I let the kids choose what design the wanted and Davey requested Chase from Paw Patrol, and Sophie wanted a cat. I did a passable job on Chase, although his face got a little wonky near the end, and Grandmari did Sophie's cat. Both kids loved their pumpkin, and that's all that matters. 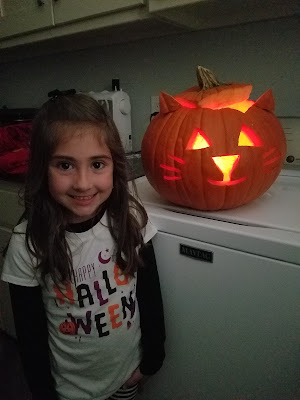 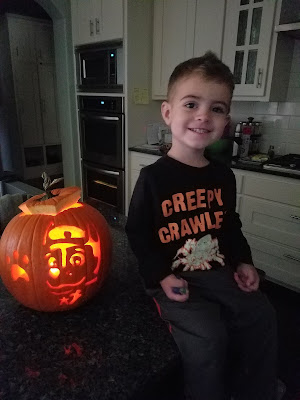 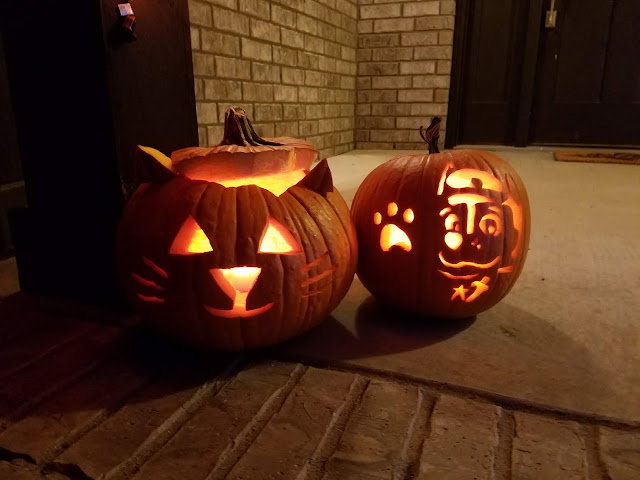 Halloween night was very cold, but at least the forecasted rain never showed up. We bundled the kids up in coats, hats, and gloves before heading out into the neighborhood. The boys only lasted about 10 houses before Davey started asking to go home, so I took them back while Dave went around more with Sophie. They stayed out another hour before heading back to count up the candy. 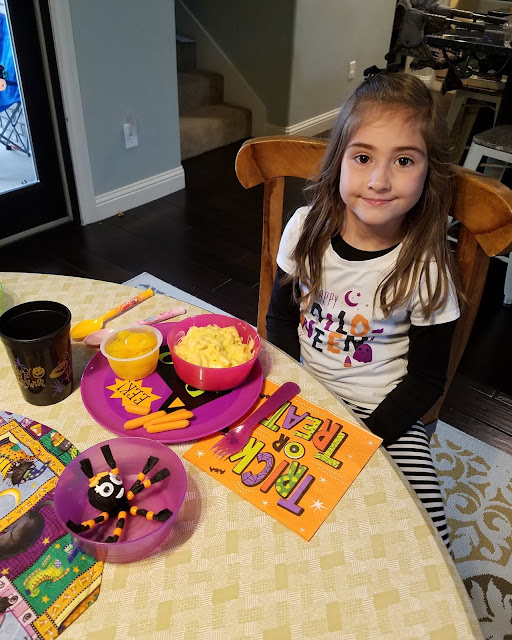 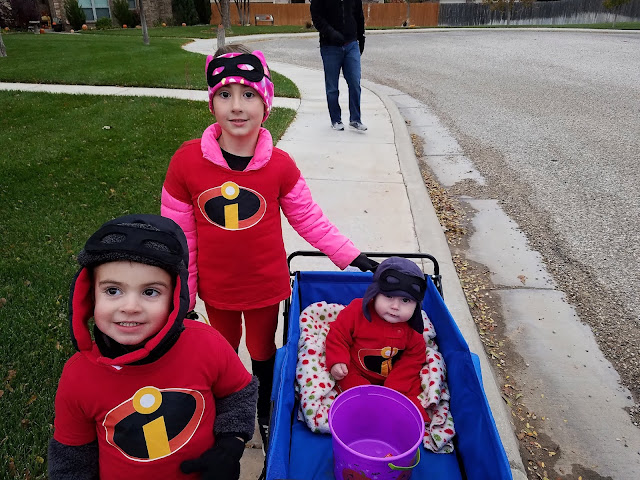 Our house decorated for Halloween. We live at the end of a dark court, so I tried to make our house bright and fun so people would know we are there. 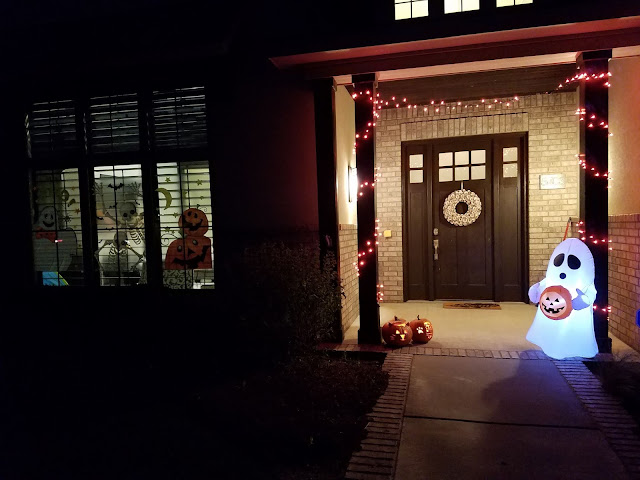 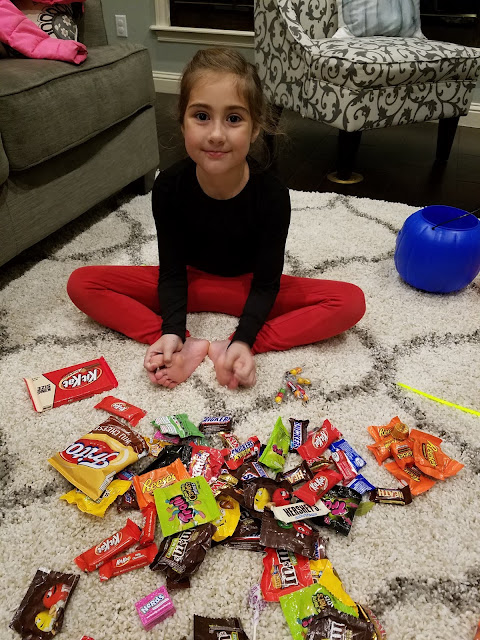 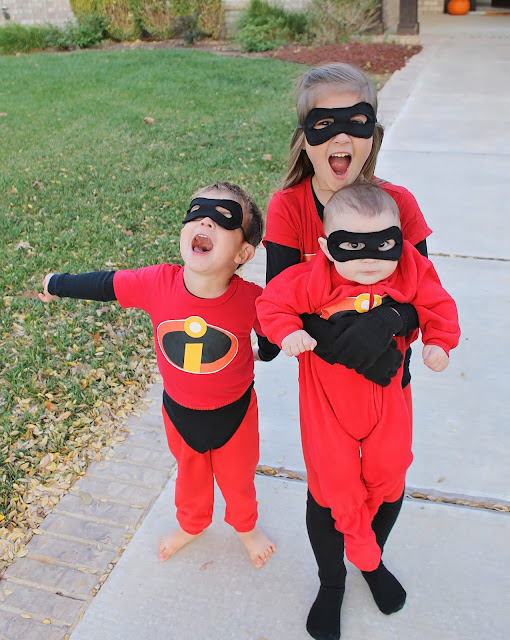