Our Charlie is now 7 months old. He is growing so fast and this will probably be the last month before he becomes truly mobile. He wants to move so badly, and almost has the strength and the skills to make it happen. Even with his limited range, he still manages to find all sorts of interesting crumbs and other objects on the floor, which I guess is a cue for me to start vacuuming more. He adores his family and just bubbles over with happiness whenever anyone pays attention to him. We love our Charlie bug! 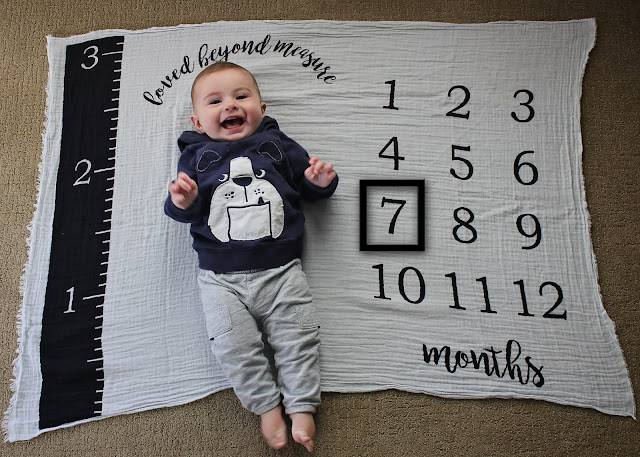 He likes to ride in the cart now instead of his car seat! 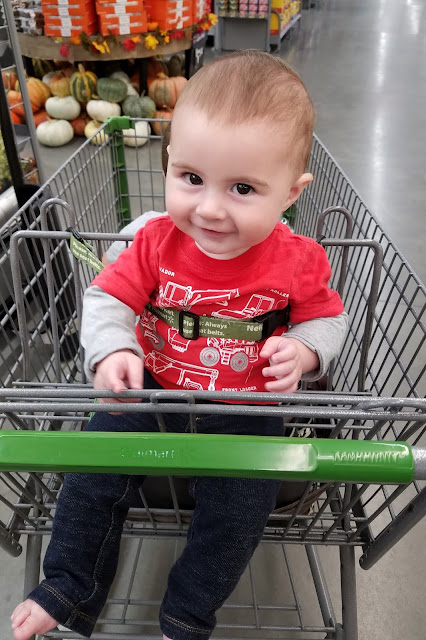 Sleeping in my arms 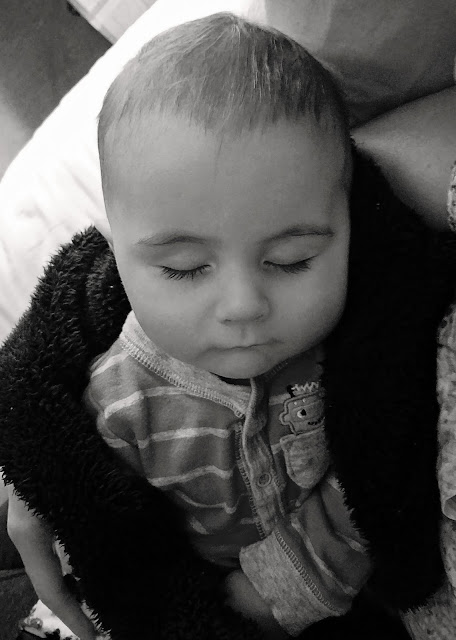 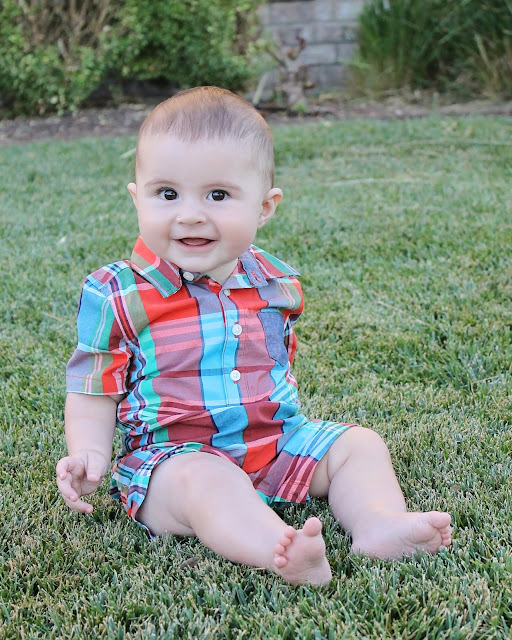 Showing off his standing skills! 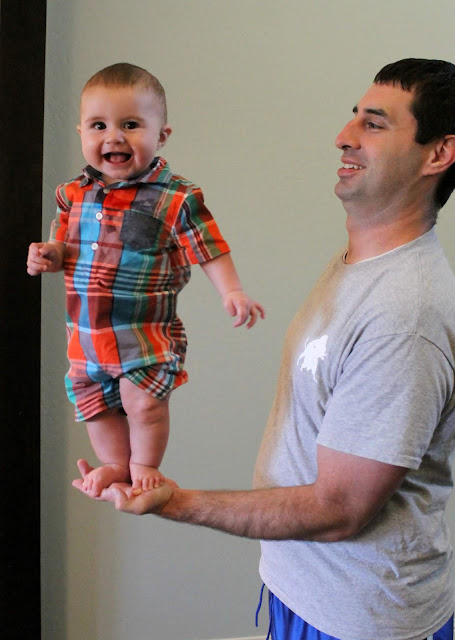 Another failed attempt at feeding him oatmeal There is always a river of drool coming off his chin. He doesn't spit up that often anymore, but I still have to change his clothes all the time because they get soaked through with slobber. 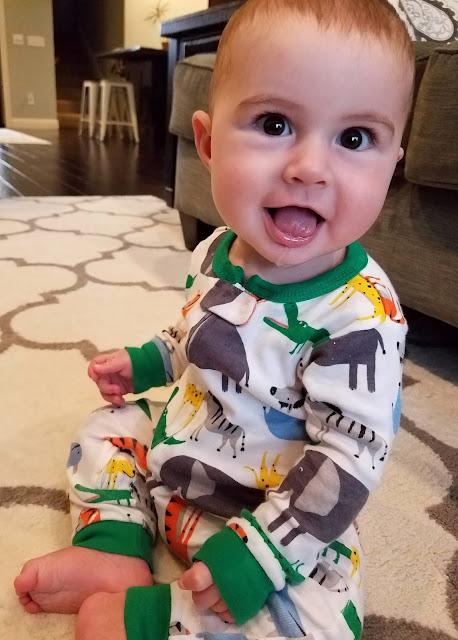 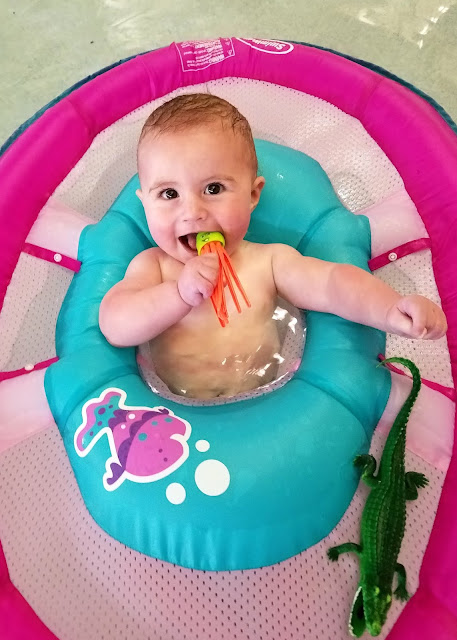 Charlie never took a binky, but every now and then he will find one and pop it in, like he's been doing it his whole life 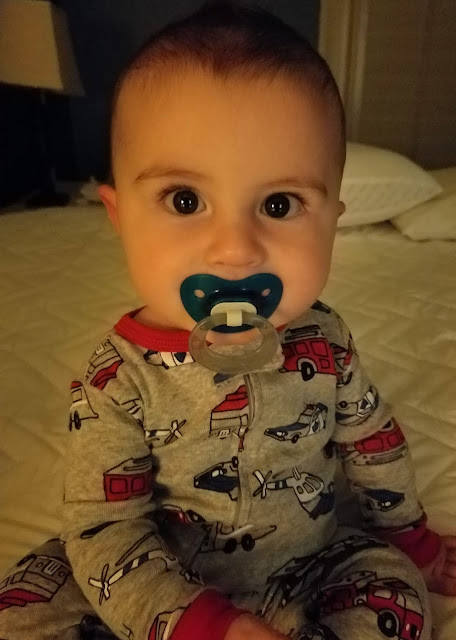 Just doing his best to get around 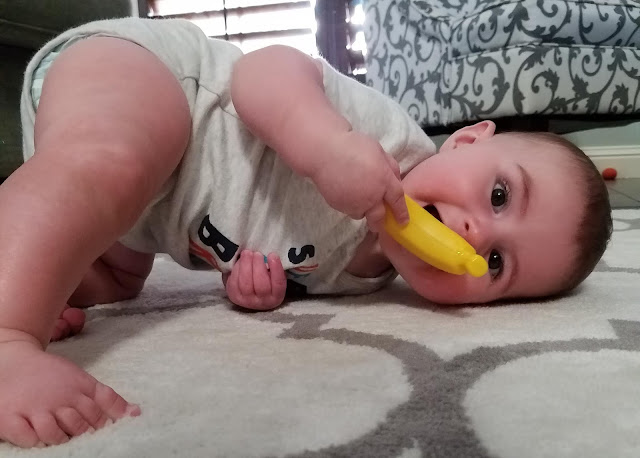 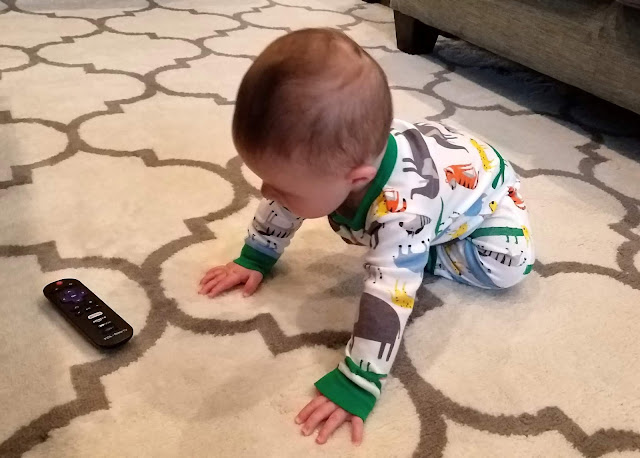 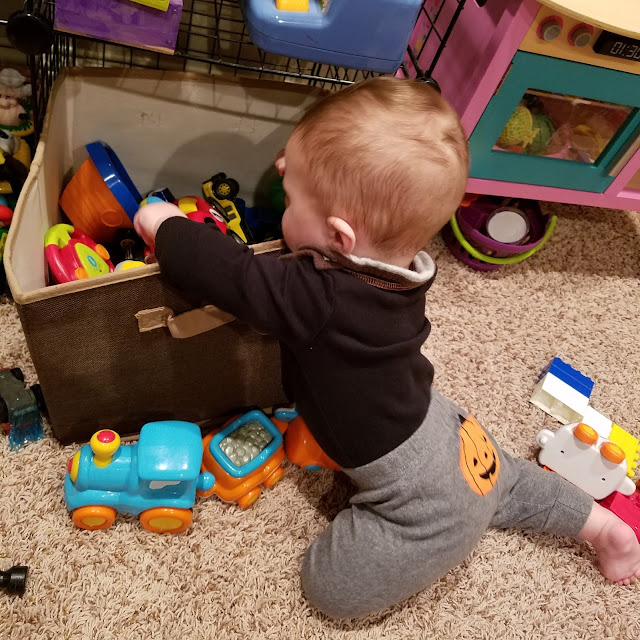 I thought his eyes would be lighter brown as a baby, but now they're very dark, just like his siblings 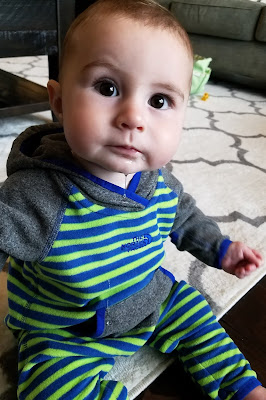 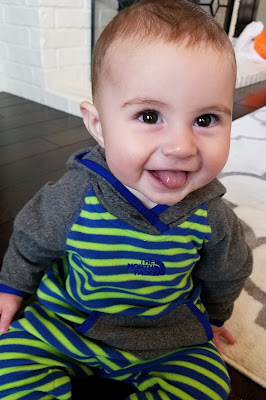 He loves to suck his bottom lip, so I see this cute little smirk often 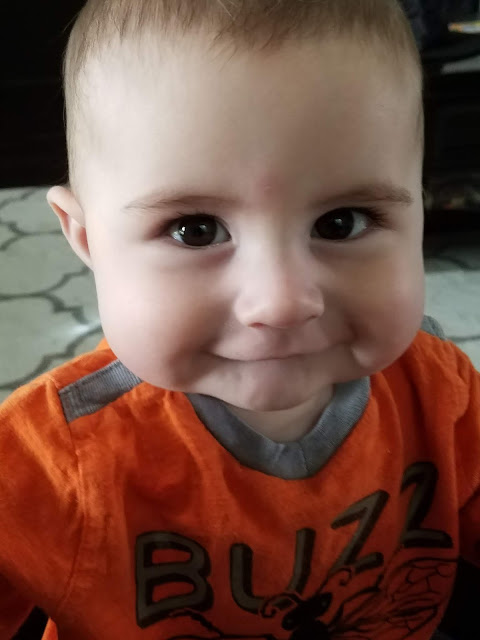 Video: Short clip of Charlie cruising in his walker