Now that we've in our house for a year and the essential purchases have been taken care of, the next project was the backyard! It was in pretty good shape when we got the house, but there was nothing out there for the kids to do. Whenever I sent them outside to play it never lasted more than about 20 minutes. We have looked into getting a play set, but our grassy area is not huge and is slightly sloped, and they are so expensive! We will probably  revisit that idea again in a year or two, but for now we went smaller.

The first addition was a little trampoline! It's low to the ground so the kids can climb right up (even Davey) and has a net all the way around so they can't fall off. Liz and I assembled it ourselves, with a little help from Davey. He loves jobs and tools, and so we let him hang all the springs on the frame. We put it together on the covered patio because it was a hot day and we wanted the shade, but then decided to just leave it there. We have no patio furniture and it fits great, so why bother putting it out in the grass??


This has been such a great way for them to burn off energy!! 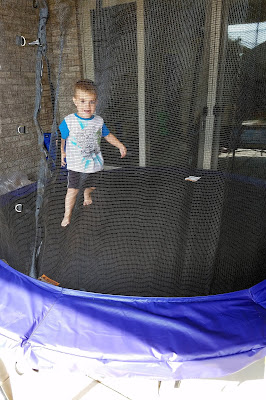 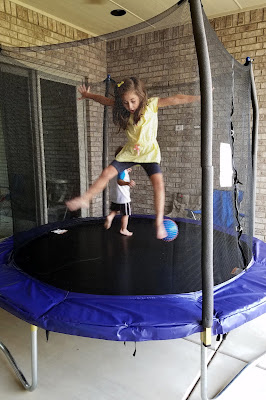 Next were some hammock swings. These have been my favorite addition! I wanted a comfortable place where I could sit and watch the kids play, and these have been amazing. We started out with two, but we have room for two more, so we made add some down the road. At first they were way too high, so Dave ran to the hardware store to get some chain, and now they are just right. They are the perfect place to relax, especially on late summer nights!

That first picture is when the hammocks were way too high, almost four feet off the ground - yikes! 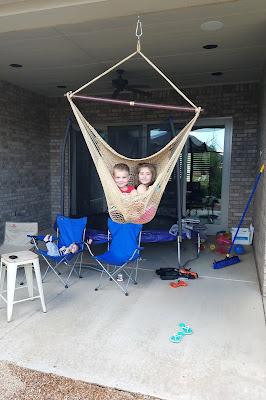 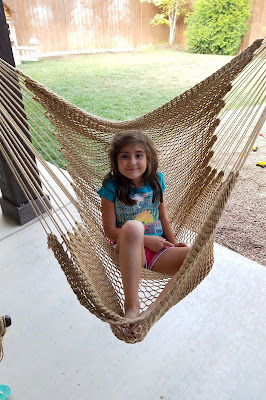 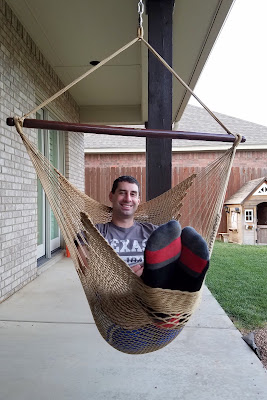 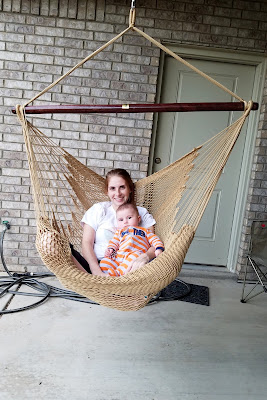 We had also always talked about removing the giant paver stones in the backyard, and while we were on vacation, Liz took care of it for us! I am so glad to have them gone. They took up so much room, were uneven, and sharp! The kids were always trying to pick them up and it was only a matter of time before one got dropped on a little toe. Under the stones was a bunch of gravel. Dave originally wanted to put in a sandbox over on the side of the yard, but we decided this gravel works just as good. We call it the "quarry" and it's great for digging and playing with trucks. Liz also got a "digger" as a surprise for the kids, making it even more fun!

I didn't take a before picture, but this is what it looked like. The previous owners had put the stones down to create a second, unnecessary patio area. 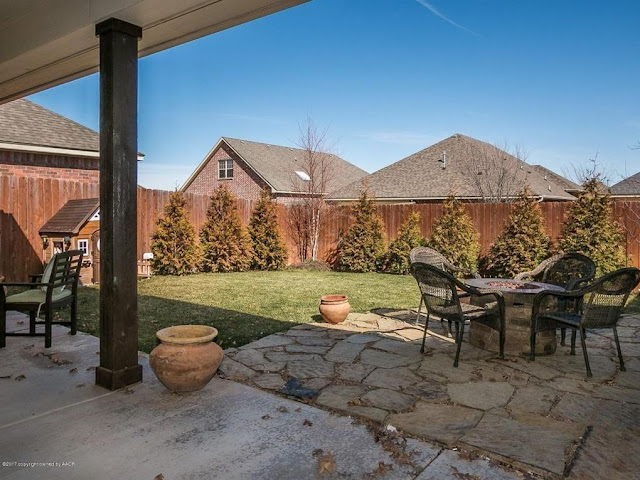 Stones gone = much more fun! Since we really don't need a quarry this big, we may square it off next spring to create an area half the size, with gravel twice as deep, and put in more grass. 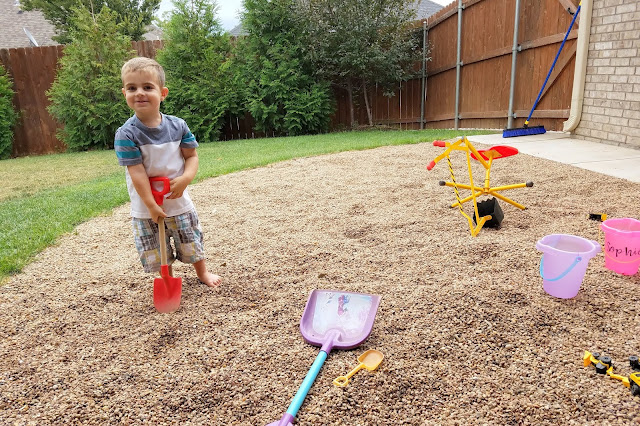 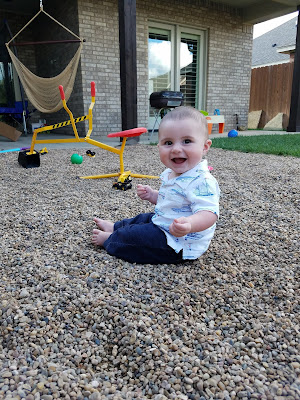 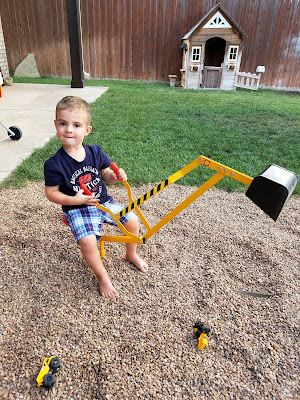 And while this didn't add any fun to the yard, we took out some dead trees along our fence over Labor Day. They were killed last winter and looked so ugly. It had rained really hard the night before, so it was a muddy job, but the soft ground made it possible for Dave to pull out the entire root ball once we had trimmed off all the branches. This will be another area that needs grass next spring, or we might try a garden instead. 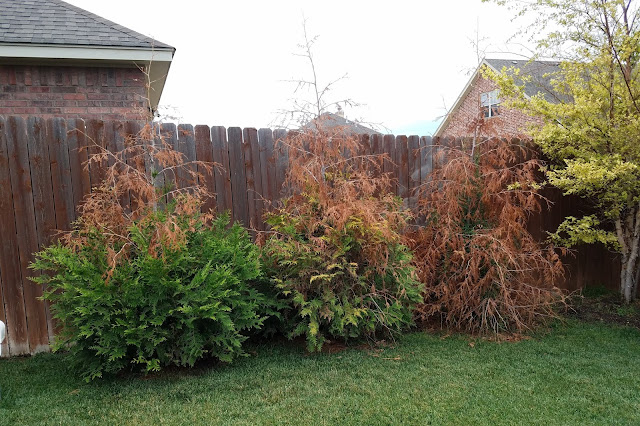 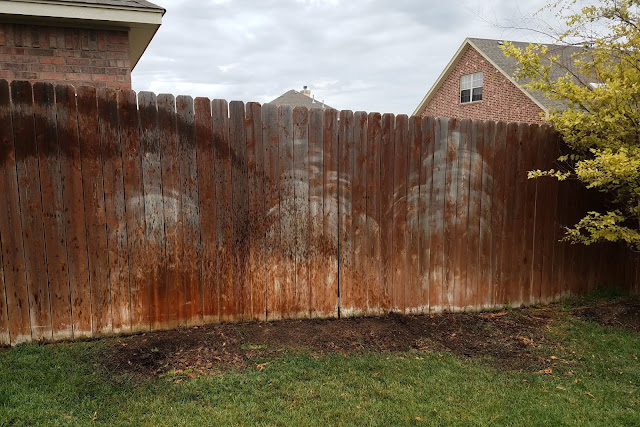 Davey was really excited about these giant "cutters" 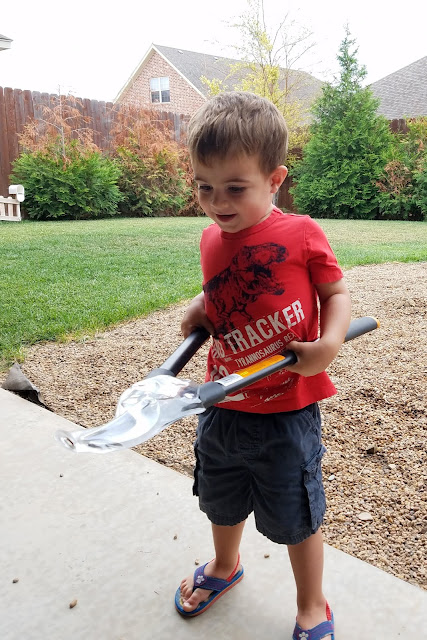 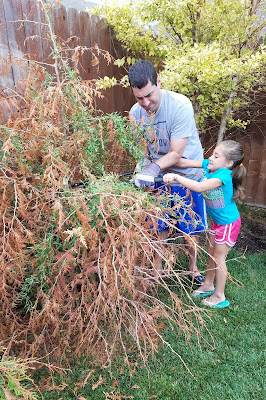 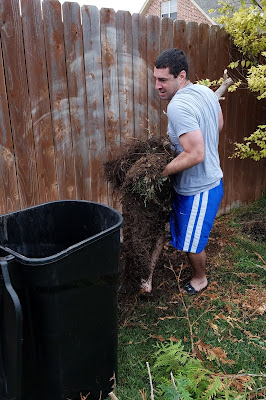