Dave's second year teaching at WT has begun, which also meant it was time to renew our family rec center pass. We were really good about going for awhile last year, but then Dave broke his nose, and I had Charlie, which put us on hiatus for several months. We talked about maybe taking a break this year, but then decided it was worth the $70 to add the family back in, so here we are!

We only need to swim once every other month to pay for our pass, but hopefully we will be able to go at least twice as often. Our favorite thing to do is grab a pizza on Friday night, eat dinner at the center, and then swim until bedtime. It's a fun way to end the week and the kids sleep so well after.


This was Charlie's first time swimming here. The water is just a bit chilly for babies, but he is well insulated and did great 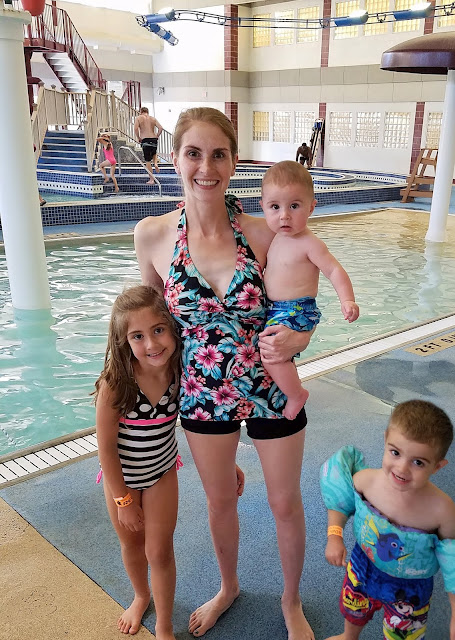 In addition to the lazy river and slide, there is a shallow pool with a zero entry ramp that's perfect for Charlie.  Davey also likes to play in the little pool with his ninja turtles and Sophie loves the dumping water buckets. 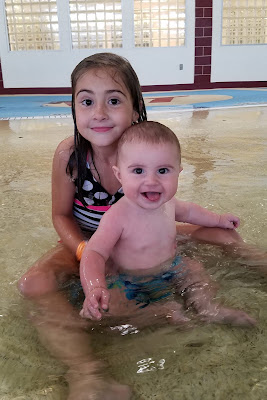 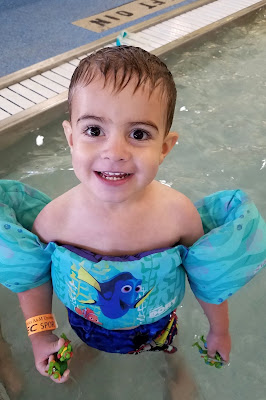 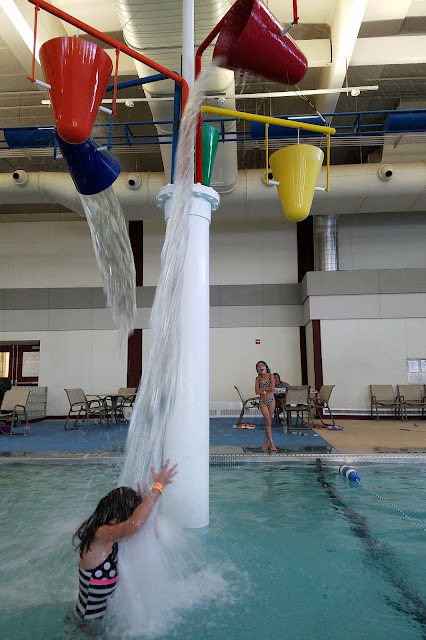