We had two fun events this Friday! First up was a trip to Maxwell's Pumpkin Farm. A group of moms from our stake all met together to go as a "preschool field trip." Our family will all go together later in October, but for today it was just me and the boys.

It was a beautiful day (maybe a little too warm at times) and Davey had a fabulous time. His favorite part was repeatedly climbing up the big hill to go down the slides. He also liked riding on the cow train, and playing in the corn pit, which was nice to see because last year he was too afraid to go in. He was covered head to toe in dirt and corn dust by the end of the day, which is the sign of a good outing for a little boy. 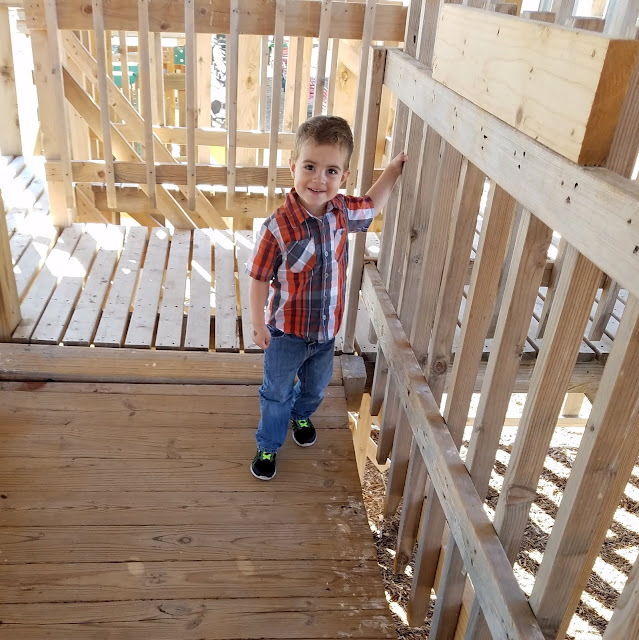 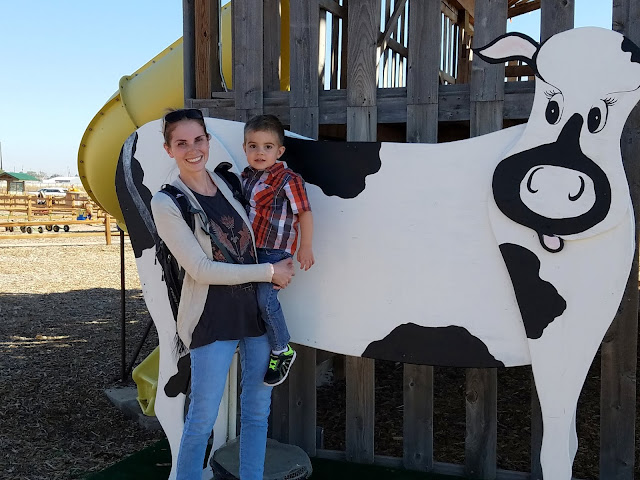 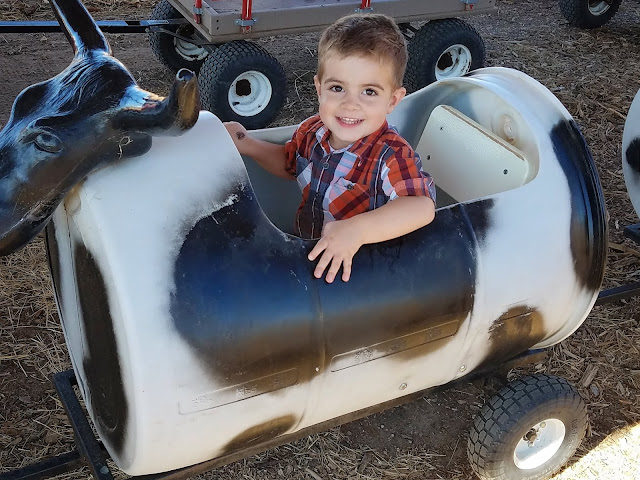 With my friend Candice. She has a little boy Davey's same age, a baby girl just a few months younger than Charlie, and a daughter that is Sophie's age as well. 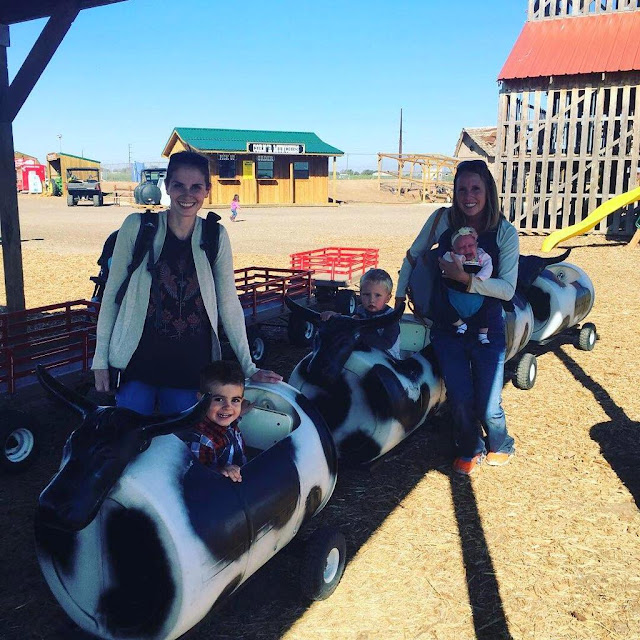 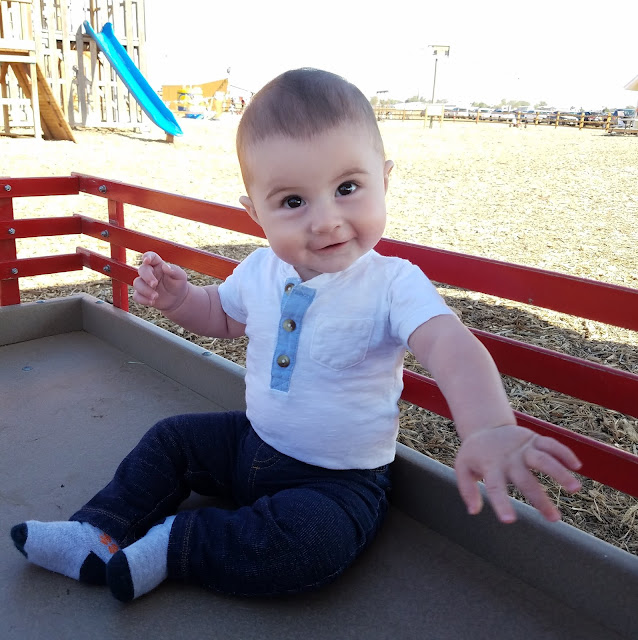 Picking the pumpkin was actually the worst part of our day. We took a hay ride out to the patch where Davey spent 2 minutes choosing a pumpkin, and then they left us there for AN HOUR. It was hot and dusty, with no shade and I didn't bring any snacks. I debated several times whether or not to walk back, but knew Davey would never make it, and I couldn't carry him and Charlie both. 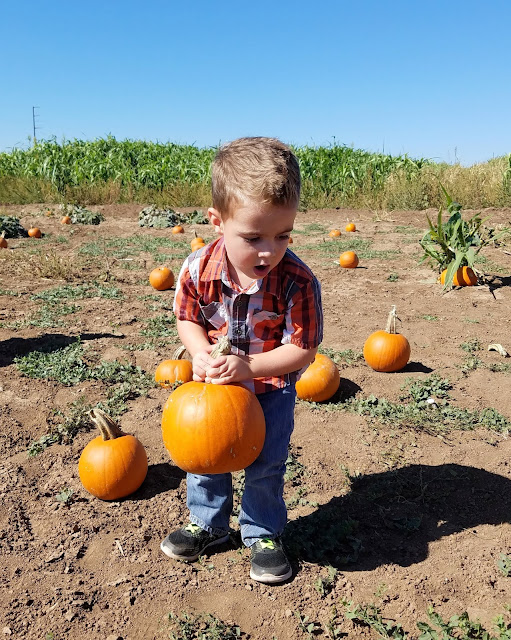 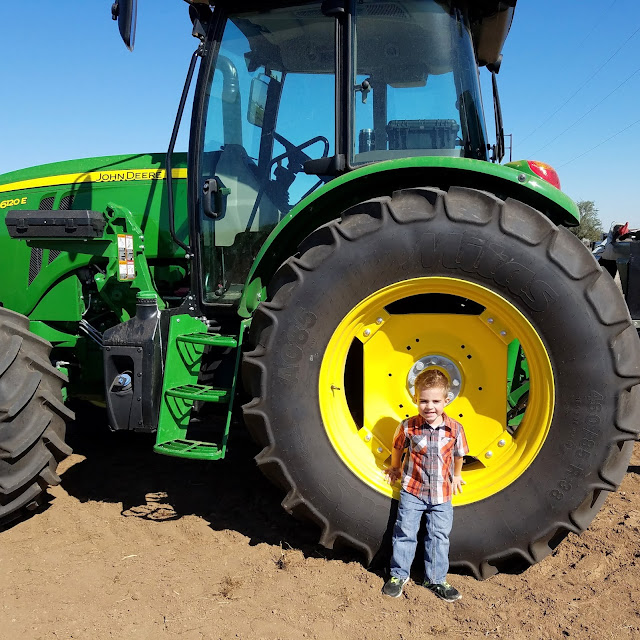 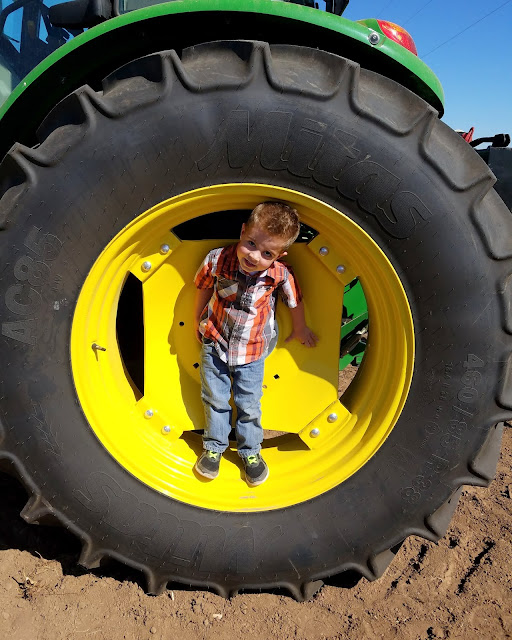 Charlie was so hungry he started eating hay :) 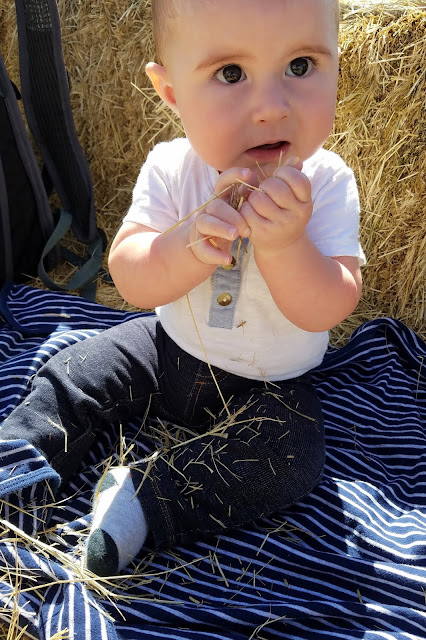 After the patch we went to the corn pit, where Davey jumped right in, but Charlie was not so sure 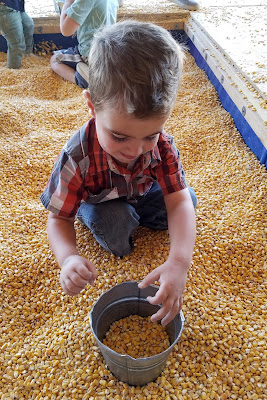 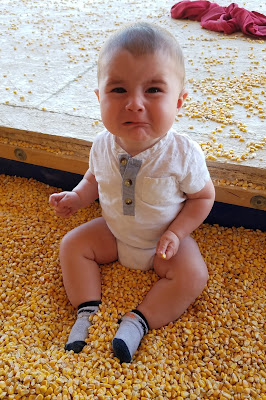 He was a daredevil on these slides! 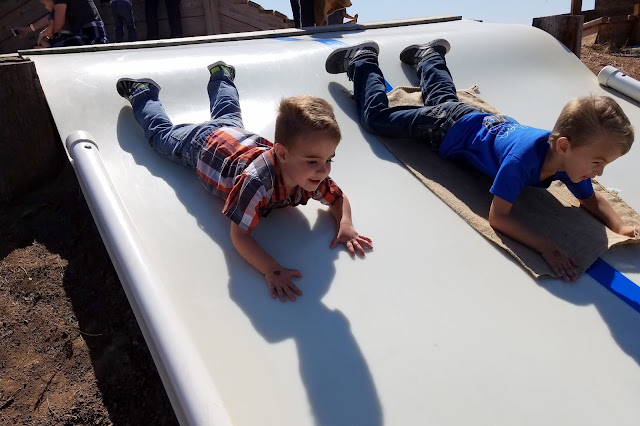 I also met up with my friend Jessica there. She has two boys that Davey loves to play with, and a baby Charlie's age as well. We spent a lot of time chasing the big boys all over, so we parked the babies next to each other so they wouldn't look abandoned whenever we had to run off. 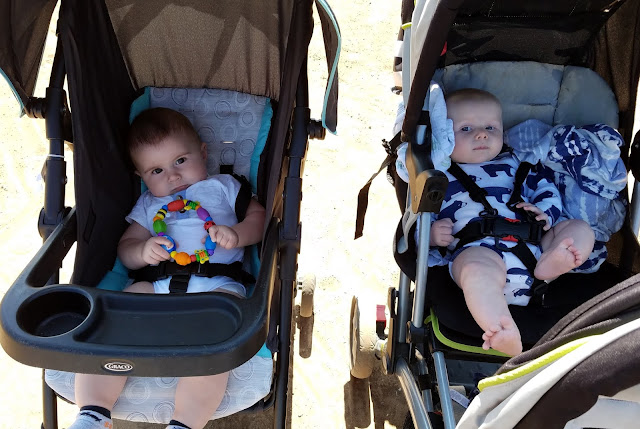 Friday evening was the Horseman Harvest, a fall carnival at Sophie's school. Davey loved the pumpkin bowling, fishing game and all the candy. Sophie's favorites were the animals, face painting and bouncy houses. It was hard to keep track of everyone and help them with the games since Dave was out of town and I was on my own. We lasted 90 minutes before everyone got cold and I ran out of patience. The kids had fun though, and I'm sure we'll look forward to this event each year! 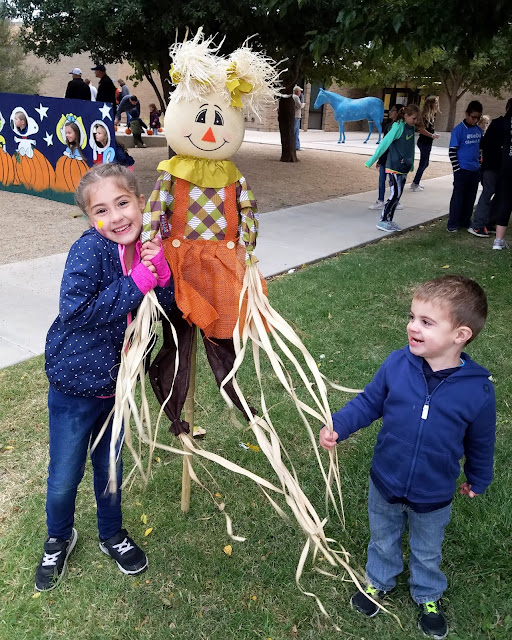 Charlie was asleep when we arrived so I put him in the wagon. He took a good nap, and then when he woke up, I sat him up so he could watch the action. 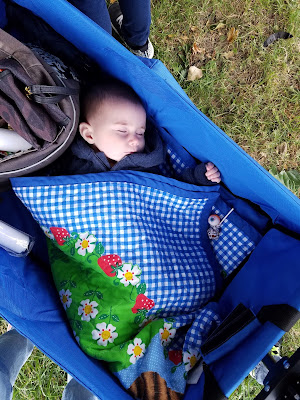 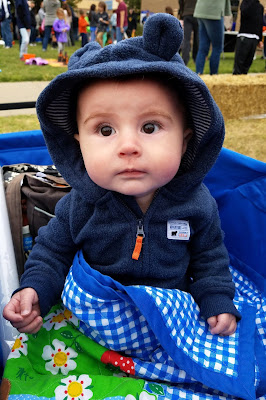 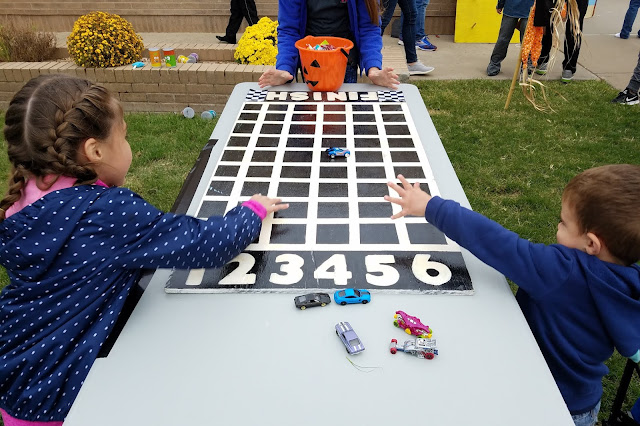 Lonestar Scales & Tails, the company where Sophie had her birthday, was at the festival. I love the look Davey is giving her as she showed him the igauana. 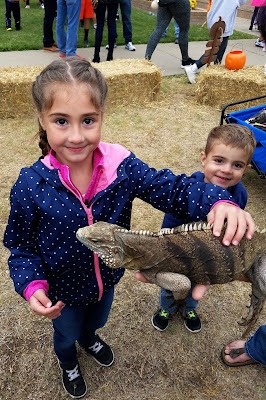 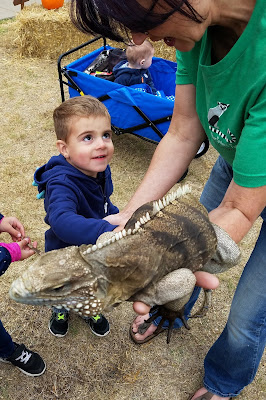 Sophie insisted on hold the snake by herself 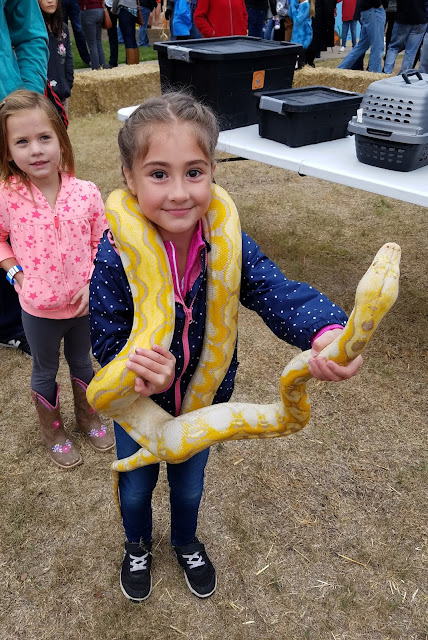 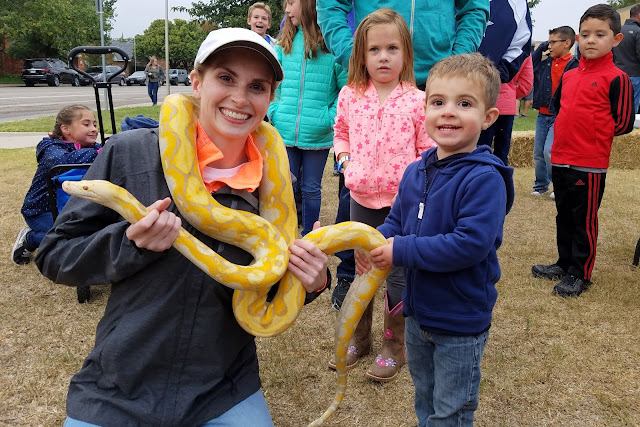 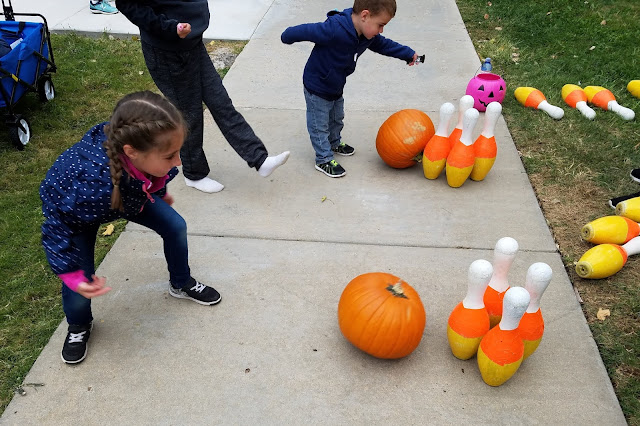 The classic fishing game is always a favorite 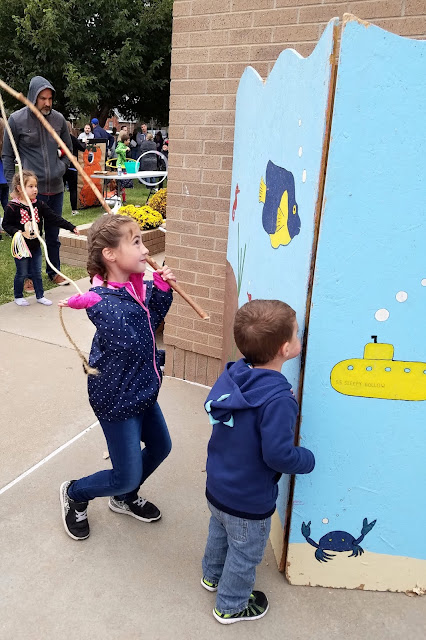 The face painting booth was run by middle school kids (12 year olds), so the art wasn't that amazing, but the kids didn't care. Davey was going to get a spider, but then when he sat in the chair he changed his mind to a football. 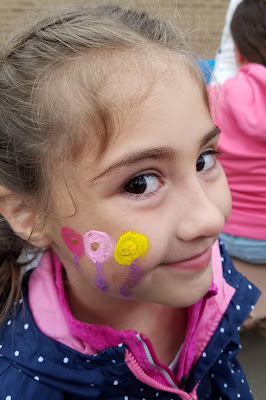 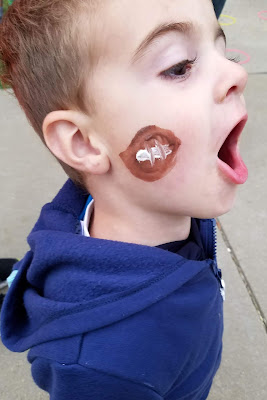 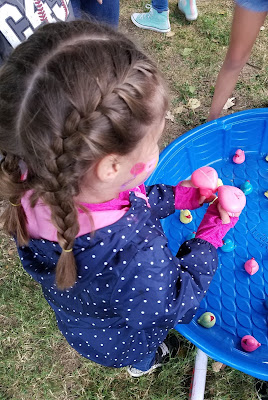 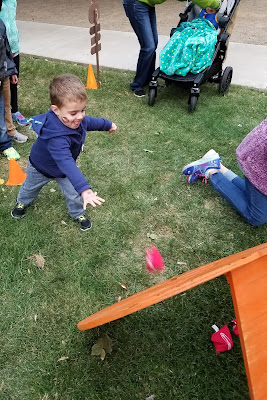