The Tri-State Fair was in town, and we had already decided not to go, but then I saw there was a special promotion one day - Entry and unlimited rides would be just $10 (normal is $40)! Dave left work early and came with us to pick up Sophie from school. We told her we were going to the fair and everyone was really excited!

We got to the gate and were then told the promotion was for the day before. MOM FAIL. I just had the dates wrong in my head, and we weren't going to pay $160 for the fair, so we took some sad kids back to the car to go home. While trying to figure out how to salvage our evening, we remembered that we had purchased some Chuck E. Cheese credit on Groupon almost a year ago, and decided this was the perfect time to use it.

I had also just heard from a friend that the best way to take a family is to buy the highest level game card, and then have the whole family share it. The card gave us as many games as we could play in 90 minutes, and we were able to start a new game about every 15 seconds. Dave ran around activating games like crazy, and it was a very busy, fun night. The kids played every thing multiple times and we won over 2,000 tickets! Even though we finally earned enough for a big prize, the kids decided they didn't want to share and chose instead to still get several small, junky prizes that have already broken and ended up in the trash. Oh well. 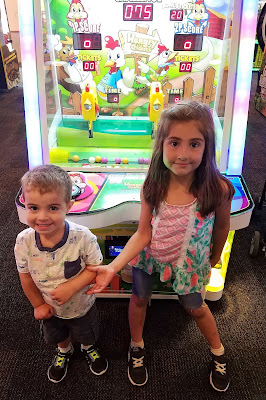 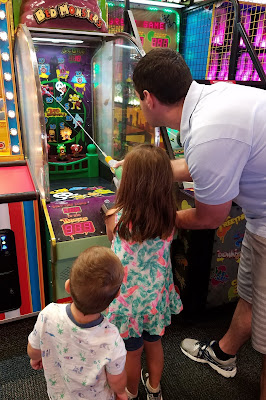 Even little Charlie was able to join the fun. He rode this mini train a dozen times and loved it! 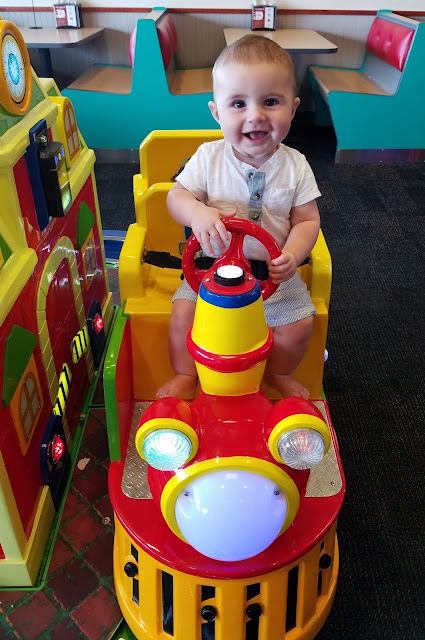 Hunting for dinosaurs. Davey took this game so seriously and made the funniest expressions while playing. 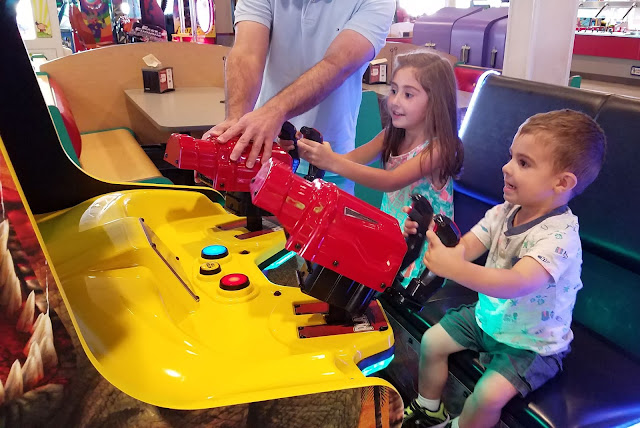 Riding the roller coaster simulator since we couldn't do the real coasters. I felt like it vibrated my inner ear weird, so once was enough for me, but Sophie loved it and went lots of times with Davey. 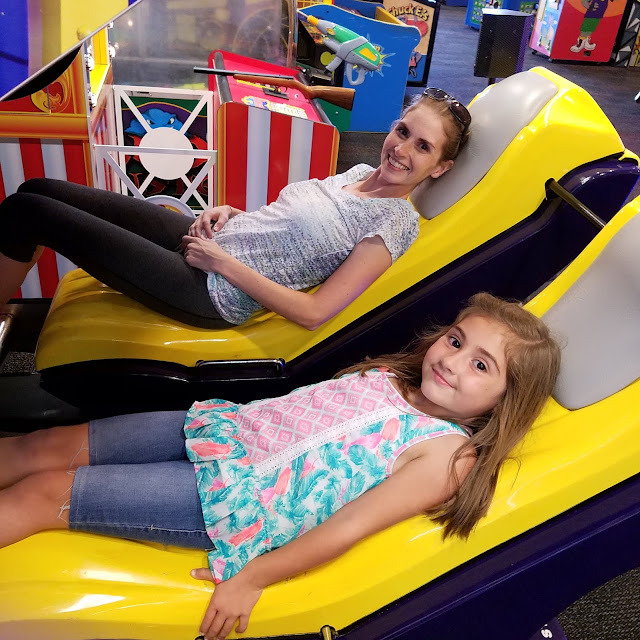 Counting up all our tickets. Feeding them into the machine was just as much fun as playing the games to earn them! We redeemed them for candy, toy unicorns, rocket shooters, and sticky dinosaurs. 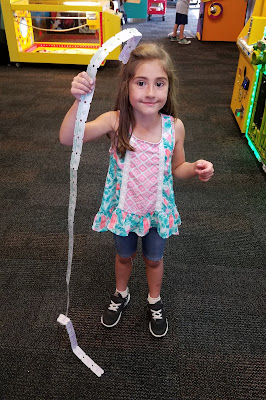 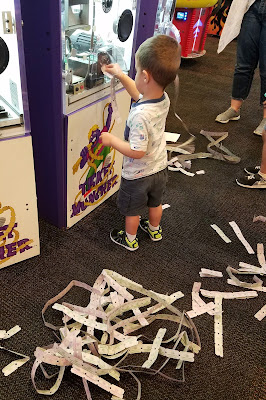