Charlie is about as good as babies come. He entertains himself, sleeps through the night, loves to smile and laugh, and rarely fusses. His one area for improvement, however, would be his bedtime hour. At 6 months, he still is up until 11:00 each night, just like a newborn. And then he sleeps in late the next morning, which would be great if he was the only kid, but we are already up and going with Sophie and Davey around 6:30. 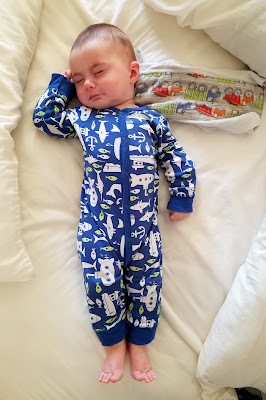 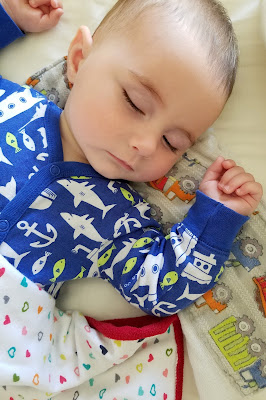 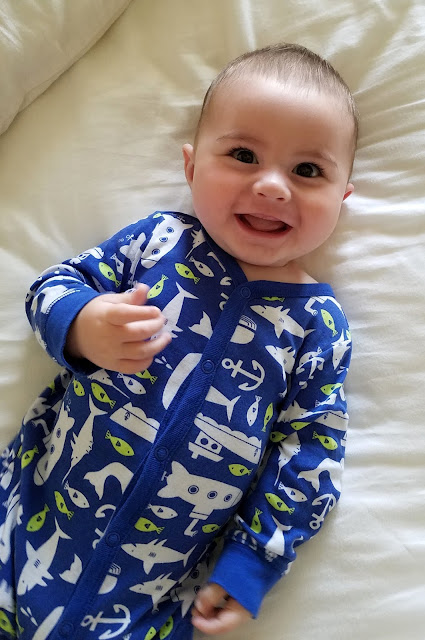 He sleeps so well, so it seems silly to complain, but I just wish we could shift his day a few hours to get him in sync with the rest of the family. It would be amazing if he would go down early and get up early, instead of down late and up late. I love spending time with him, because he's just a happy, snuggly little guy, but it does get tiring to have no time to myself. It's why this poor blog is always so far behind. But for now I'll just keep dreaming of earlier bedtimes and the possibility of maybe having a few hours at night to clean up, blog, read a book, or work on other projects.


We used to go on walks after the other kids were in bed, but now it's completely dark by 8:30 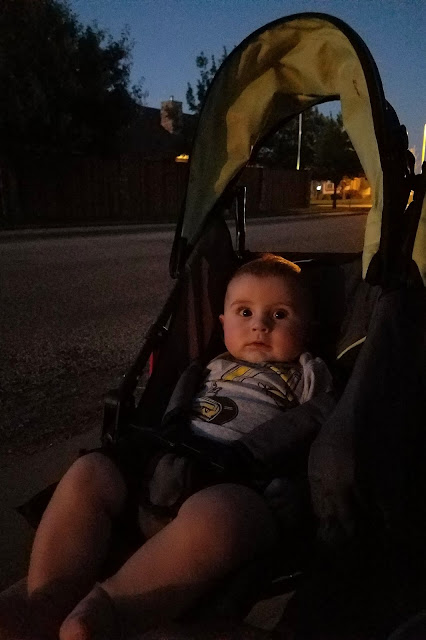 Bath is another way we fill our nights. He loves water and splashing. 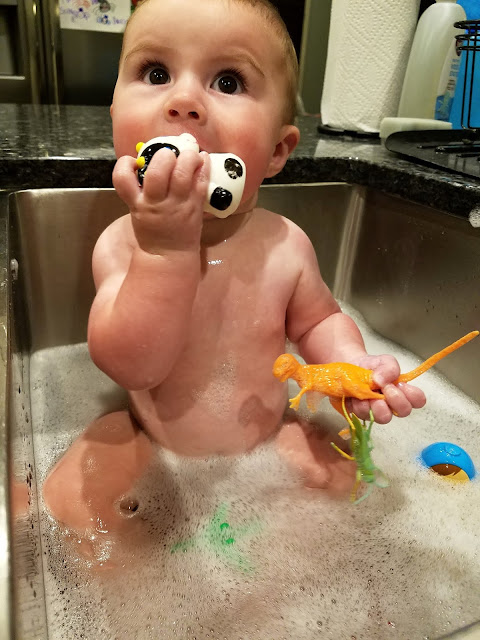