Charlie turned 5 months while we were traveling and life was crazy. Now that things have settled I can post about this happy, chunky boy! Last month he became a pretty stable sitter, moved up another clothing size (12 months now 😳), learned to use his hands to grab anything and everything, and smiled at every one he met. He is a perfect baby 95% of the time and we love him to pieces!! 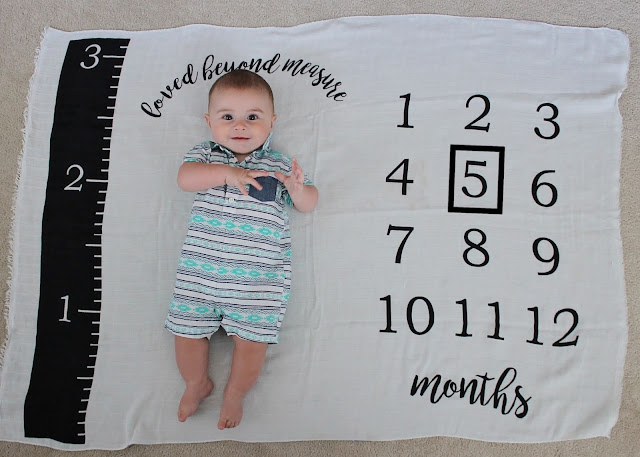 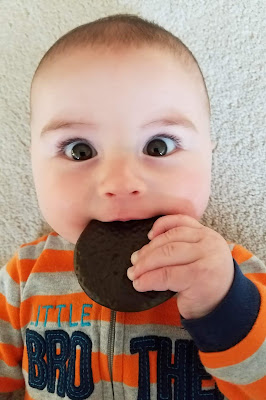 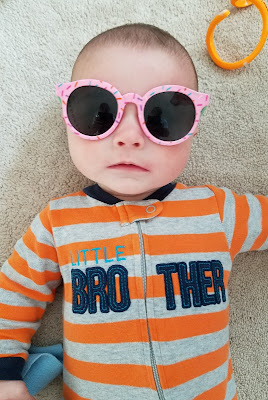 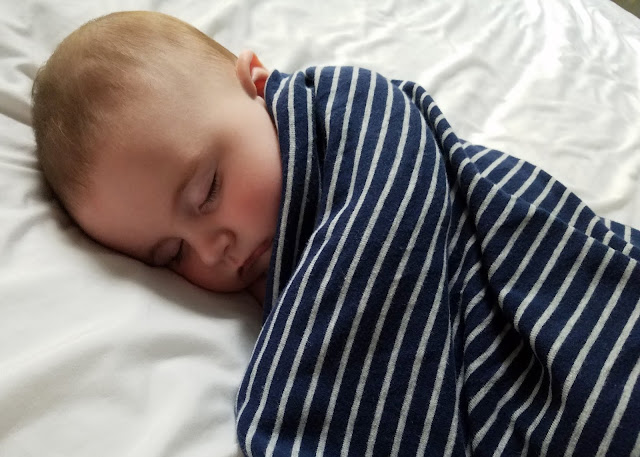 First time sitting on his own! 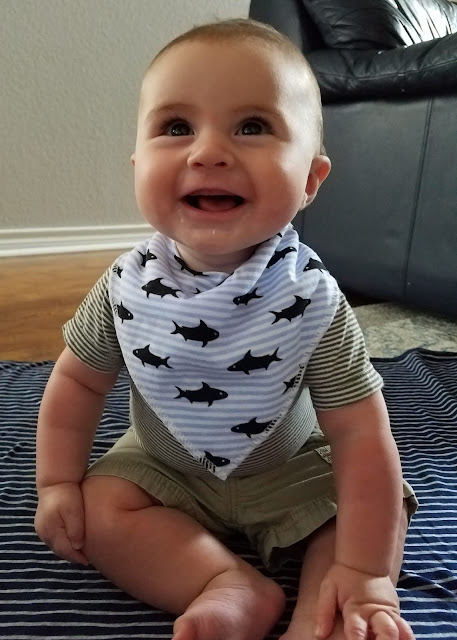 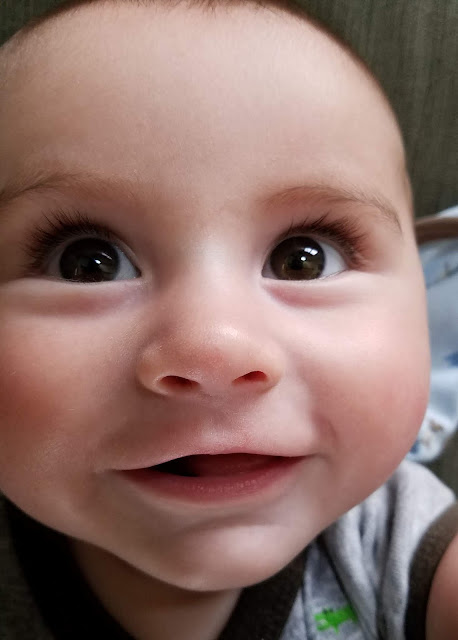 Look at how solid those thighs are! 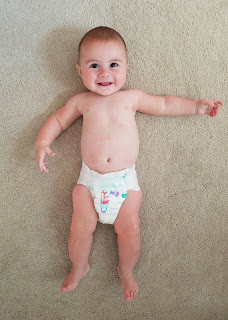 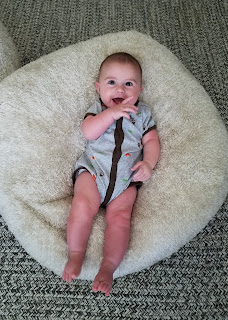 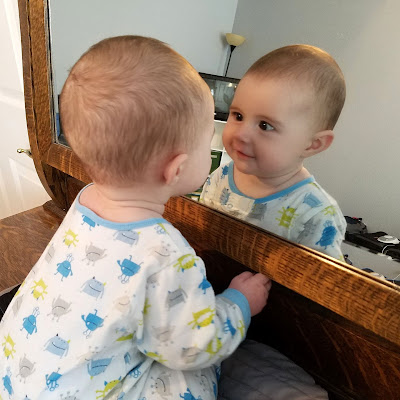 This balloon was a favorite for a few days 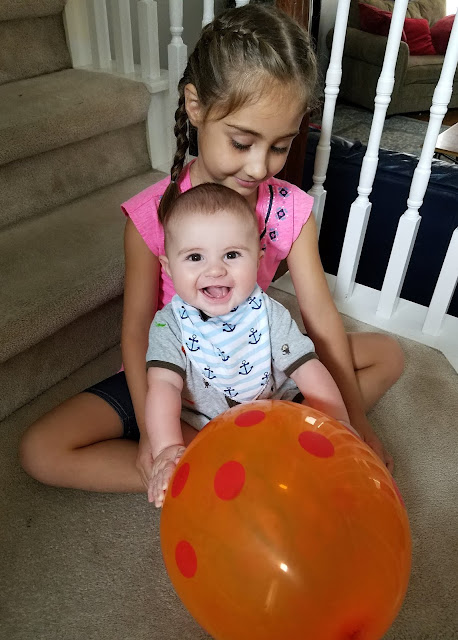 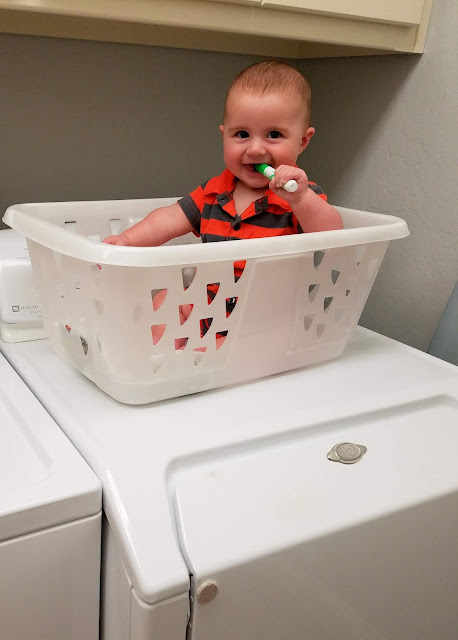 We bought him a walker after returning from vacation because he LOVES to be in a standing position. At first he could only make it go backwards, but now he's figured out how to manuver better and rolls all around the house. 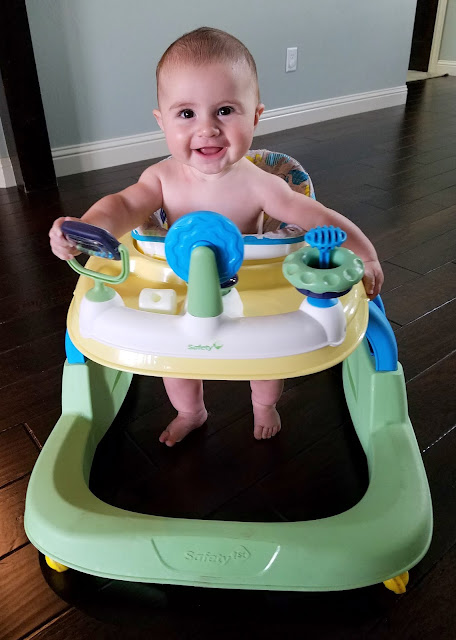 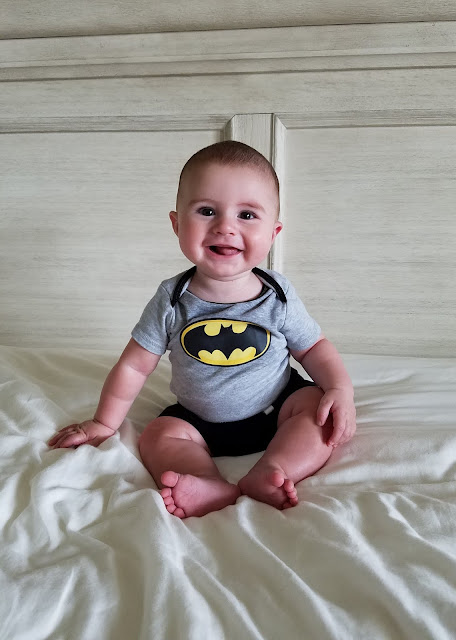