Charlie reached his 4 month mark on Thursday. He is the chunkiest, happiest guy around! He's a little charmer and attracts attention wherever we go with his squishy thighs and huge smile. The ladies at church and the grocery store all love him, and at this age he doesn't mind being passed off to strangers - any and all attention is welcome.

This last month Charlie has also found his voice and loves to jabber, squeal, laugh, and protest. It takes a lot to be heard over his siblings, but he is good at making his presence known. He has recently started making a loud, gasping sound whenever he gets really excited, and I find it hilarious. I've been wanting to record it before he grows out of this stage, but he always stops when I get the camera out. 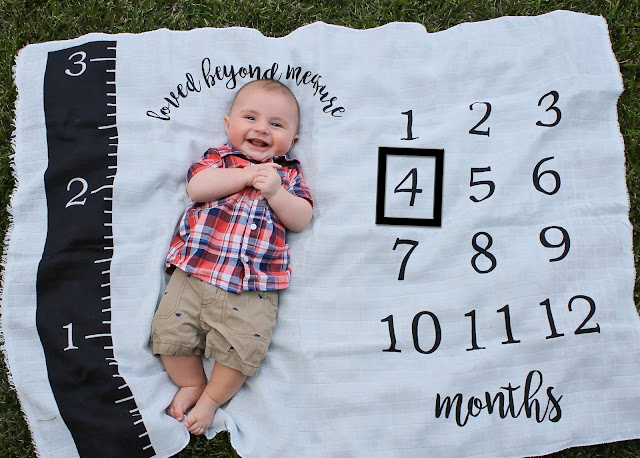 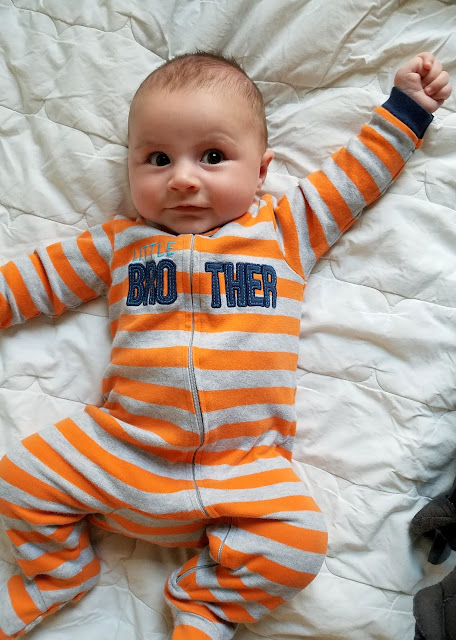 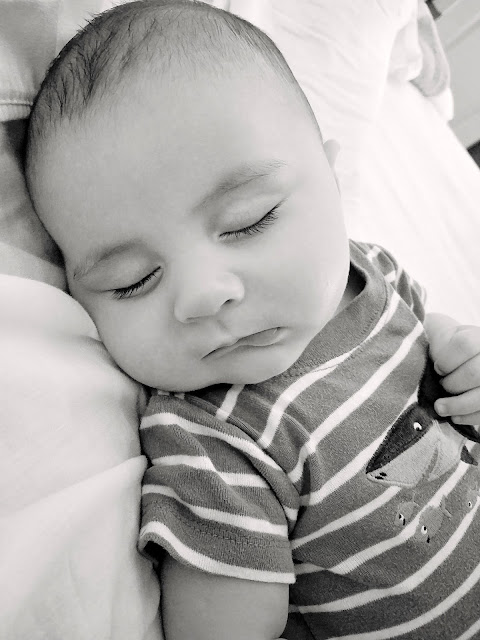 Charlie loves to put things in his mouth. He mostly chews on burp rags, blankets, and his shirt collars, but will gladly take a toy if you help him hold it. 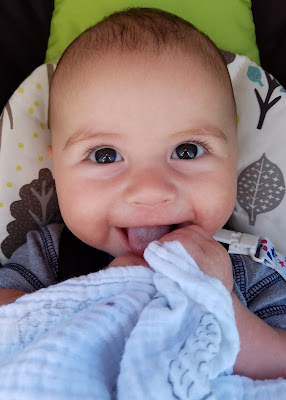 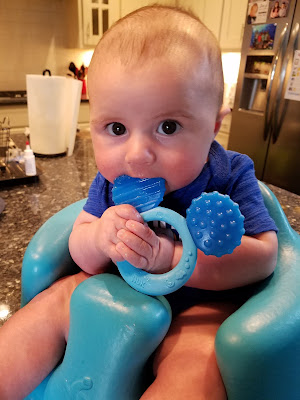 Spread across my legs is one of Charlie's favorite sleeping positions. I have watched many Netflix shows with him laying on my lap like this. 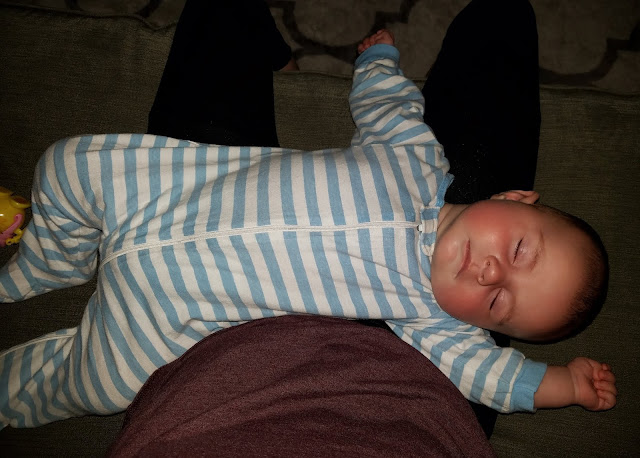 Napping in my arms is also a favorite 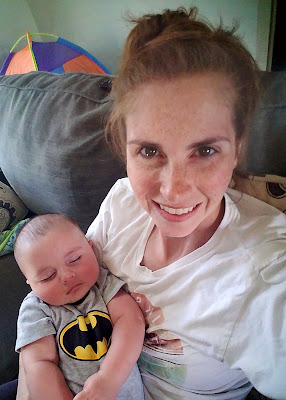 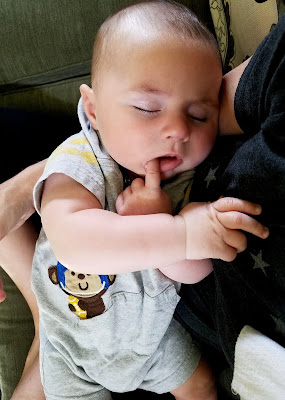 He's holding up his head real good now and sitting well with support. Sophie and Davey were both sitting on their own at 5 months, and with Charlie's substantial base, he might be on the same track. 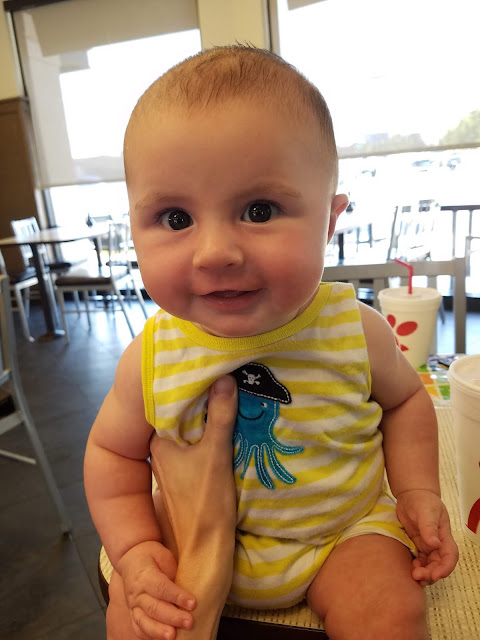