Flight! at the Discovery Center

The Discovery Center is one of the most exciting places to visit in Amarillo, so we visit often, but compared to other museums it really doesn't have that much to offer. They do, however, have a traveling exhibit that's changed out a couple times a year, and when they do it's nice to have something new to explore. In June, "Wild Music," a very boring and not at all interesting for little kids exhibit, was replaced with "Flight!" which is a more hands on and has some "wow" factor. We have been through it a few times now and like the changes!


Inside a little plane 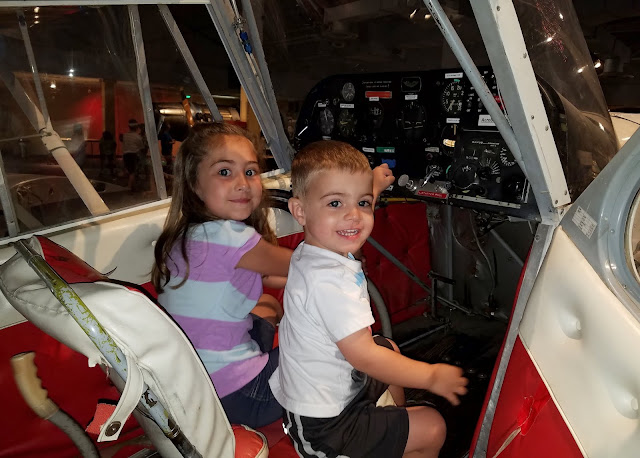 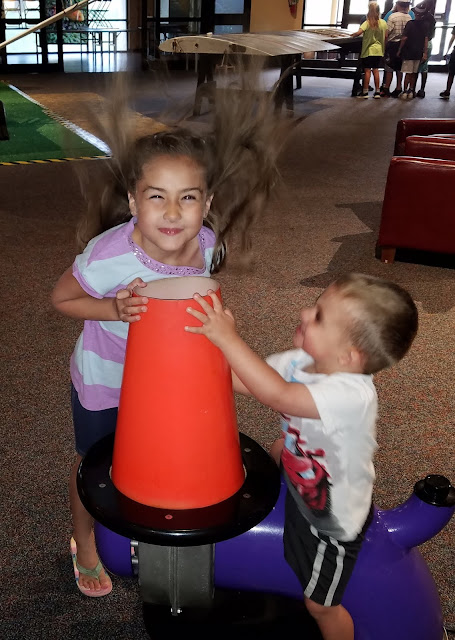 Not quite a real hot-air balloon, but Sophie thought the Christmas lights were fun 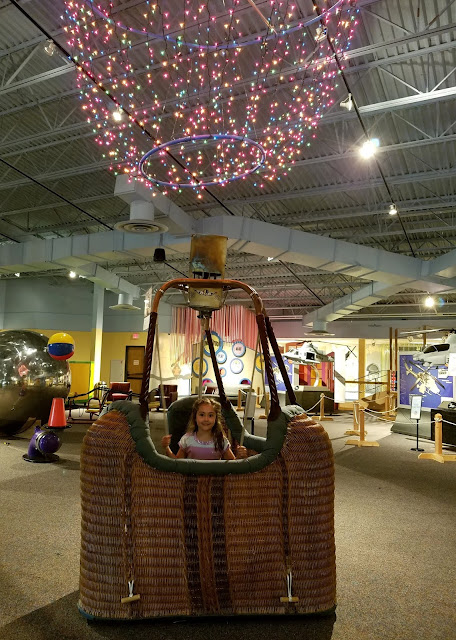 We were there while they were bringing in the helicopter. You are not supposed to touch it, but Davey found the one place were the perimeter fence had not been connected yet and ran in to get a closer view. 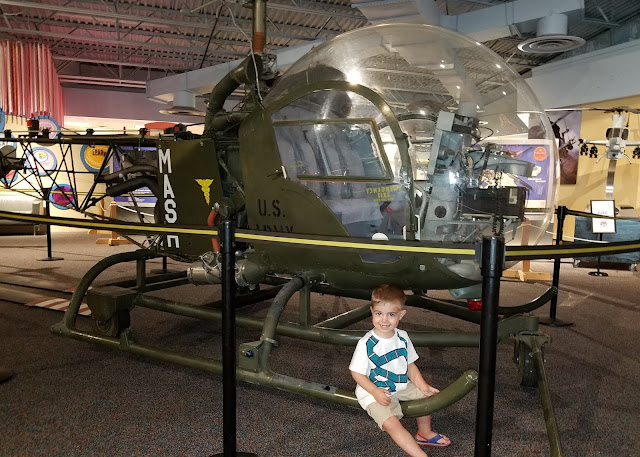 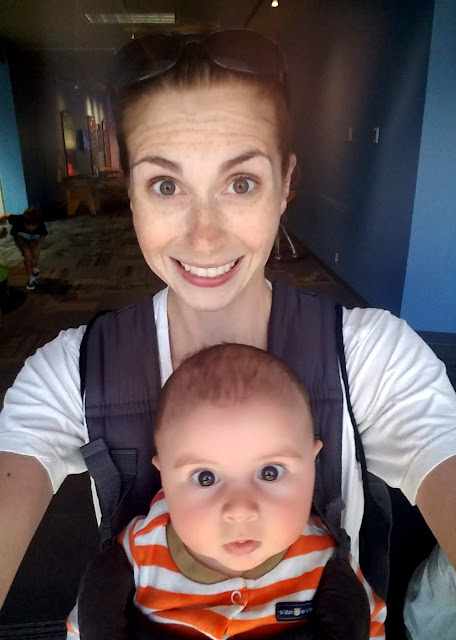 Video: Davey and Dave trying the air-propelled rockets. When I did this with the kids I only got it to go up a few feet; When Dave helped out on a later visit, he built up enough pressure that it shot all the way to the top and got stuck on the ceiling!