This week we revisited the Botanical Gardens. Our last trip was almost a year ago, and just like before, the kids had a great time! We have so little nature here in Amarillo, and don't spend much time outdoors, so it's always nice to be somewhere surrounded by lots of green.

Our visit was prompted by the addition of a koi pond and a Japanese Tea Garden. I had read that you could feed the fish and thought it would be a fun activity for the kids. We brought some quarters and little cups and they both had a great time dropping the little pellets in the pond. After that was over, they spent another two hours running up and down the paths, chasing dragonflies, smelling the flowers, and gathering sticks, and hunting for butterflies. It was a perfect morning! 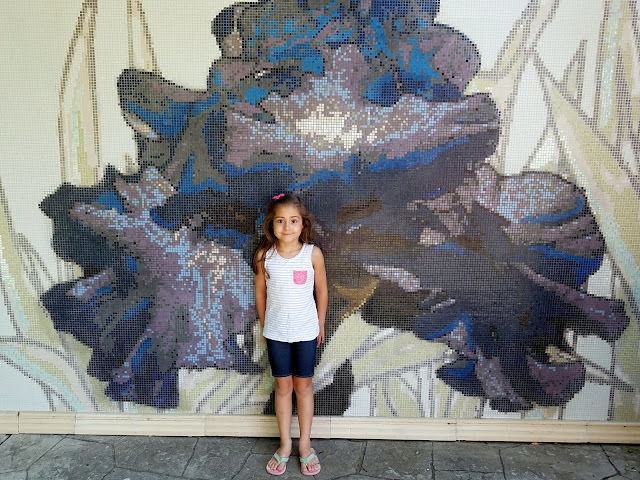 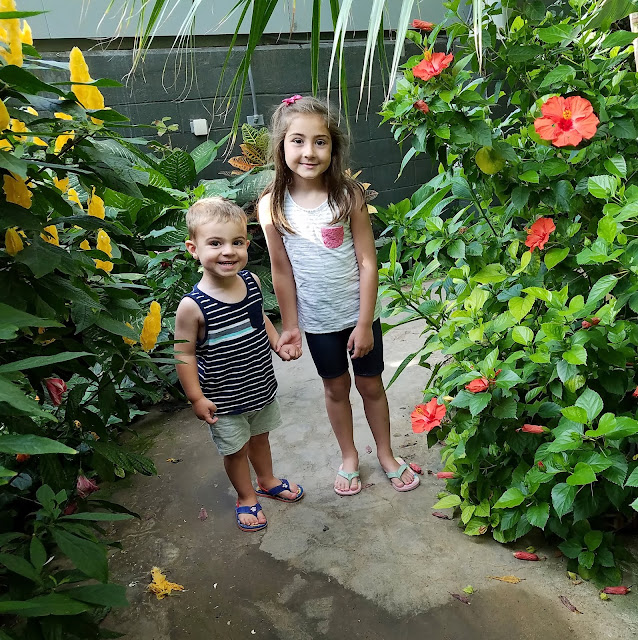 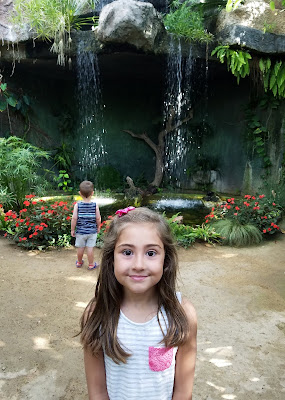 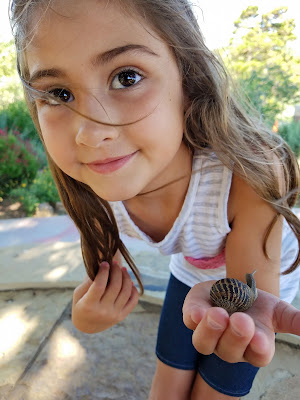 Looking for a four-leaf clover, but we never found one 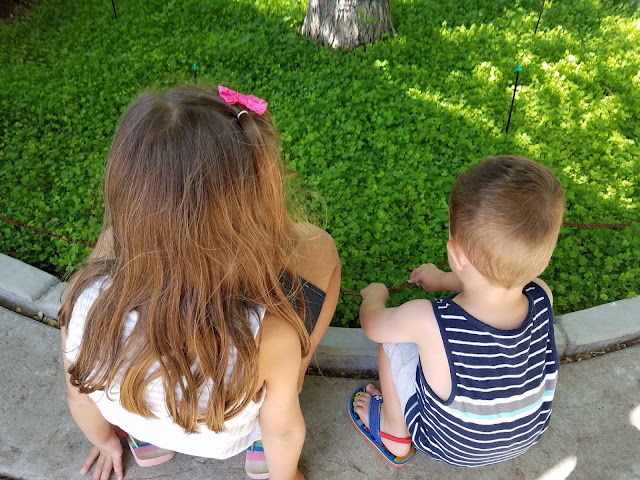 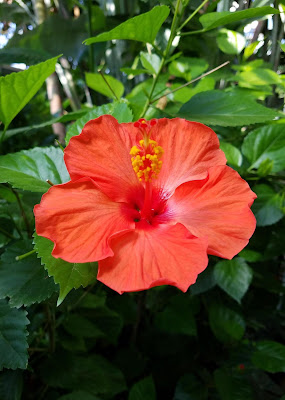 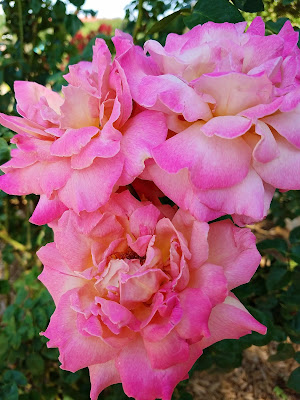 Feeding the fish. It was a breezy day and the surface of the pond was pretty rippled, so it took awhile for the fish to notice the food. Luckily they eventually found it when Davey dumped in his cup all at once and started chowing down. 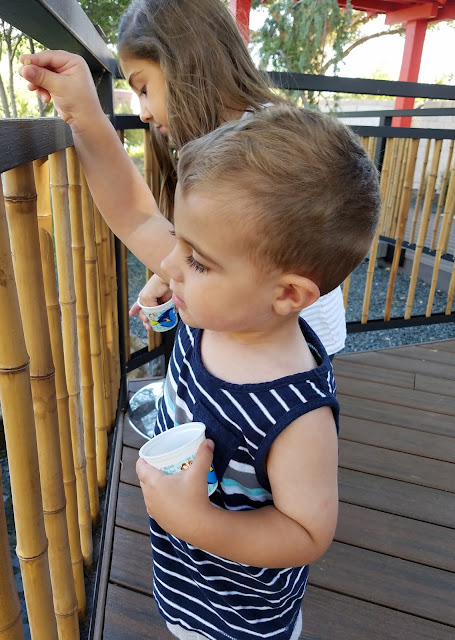 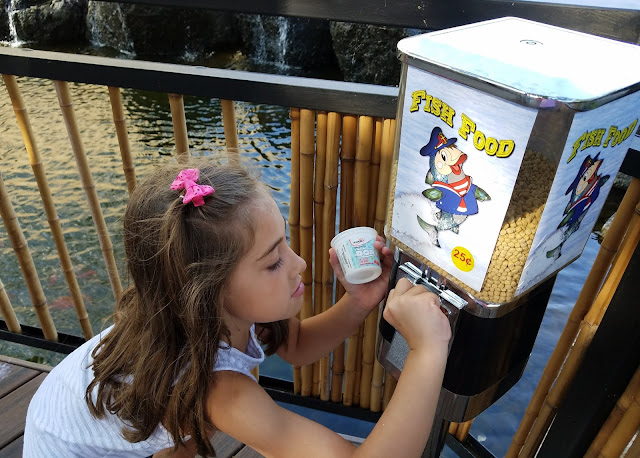 This kid doesn't like to hold still for pictures any more - he's always on the run! 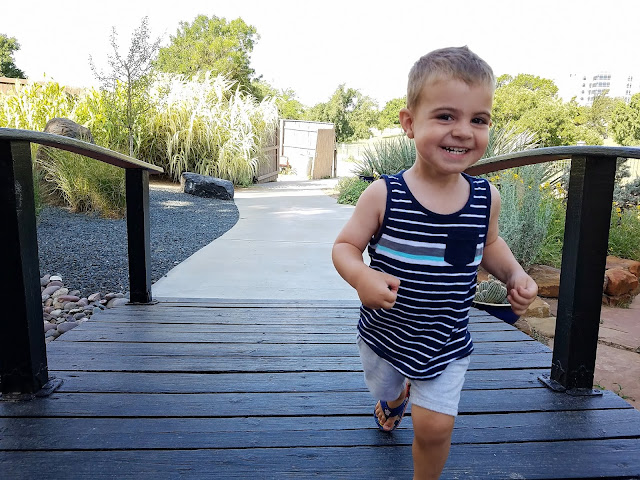 I'm pretty sure the Tea Garden is meant to be a tranquil setting, but my kids thought it made an awesome playground. Luckily we were the only ones there so I didn't feel the need to reign them in, and let them have a little fun. 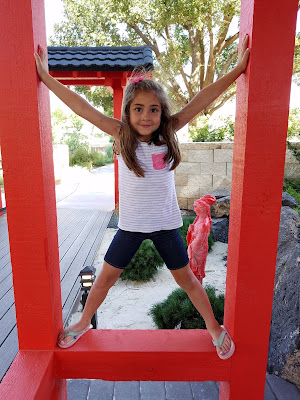 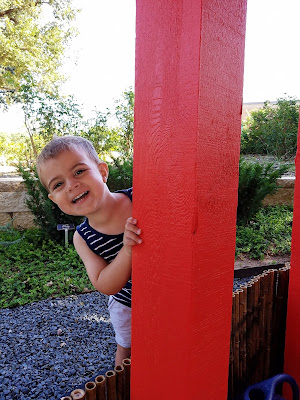 Attempt at a group shot 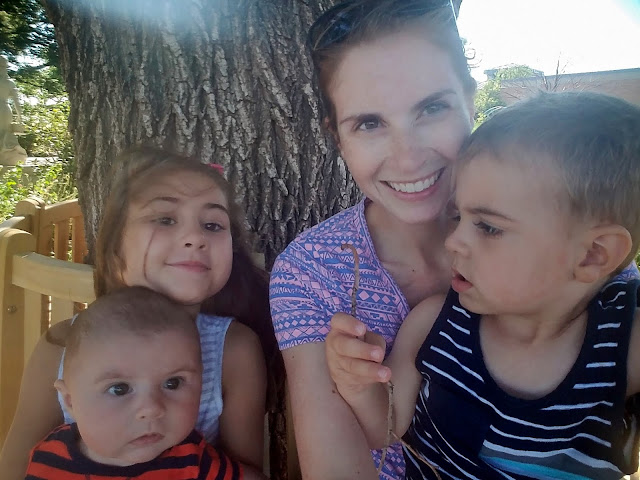 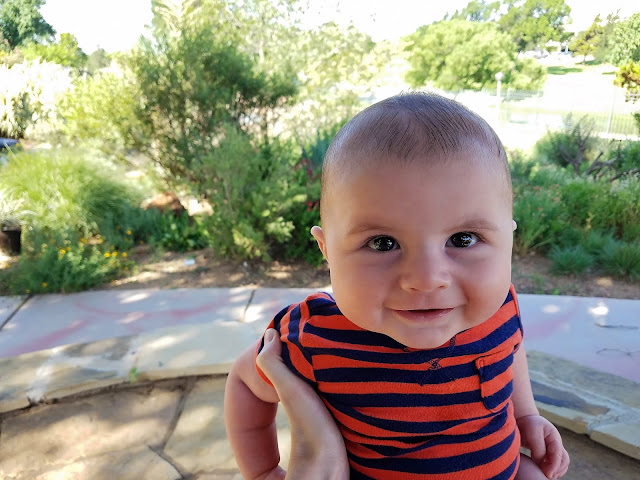 Davey refused to join this photo, but I love this picture of Sophie and Charlie 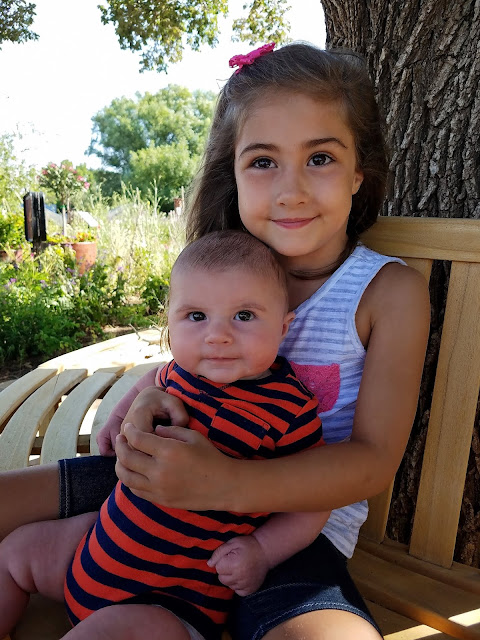 Labels: Amarillo, Close to Home, Outside