May is in the books! At the beginning of the month I made a big list of unsavory tasks that had been put off for several months, and called it the "May List," because our goal was to get them done in May, between Dave's spring and summer courses. Stuff like get new driver's licenses, dental appointments, scheduling physicals, cleaning our showers, settling insurance claims, etc... Sadly, we only crossed one thing off that list, so hopefully June will be more productive.

The end of May also marked the official start of summer here in Amarillo. School is out and the weather has gotten hot. I am just grateful that we have relatively low humidity here and access to a pool, since we've already been hitting triple digits some days!


I have started taking Sophie to the library in the evenings after Davey is in bed because it's just too crazy if we all go together. He heard about our plan one night, though and said, "I wanna go library too, PLEEEASE" and I couldn't refuse. 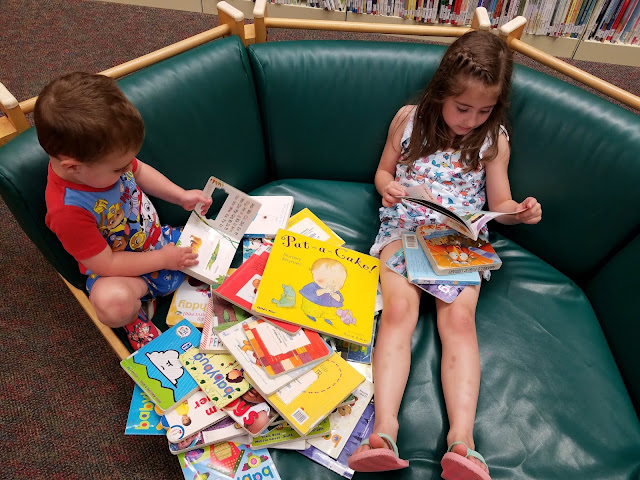 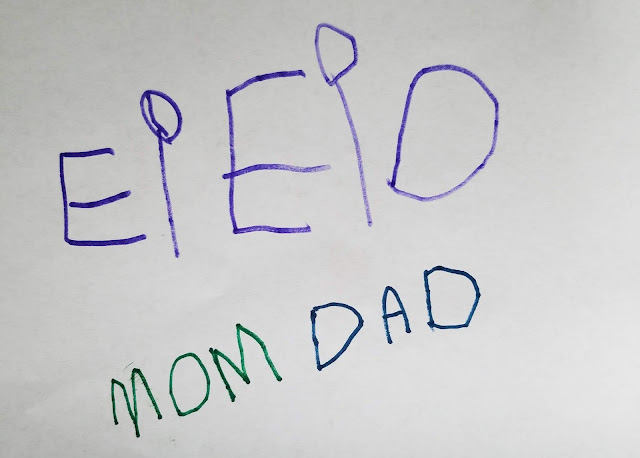 The kids always look forward to the first-Friday Discovery Center presentation. This time we got there late and there weren't enough seats, but Sophie scooted over and pulled Davey up to sit next to her ♥ 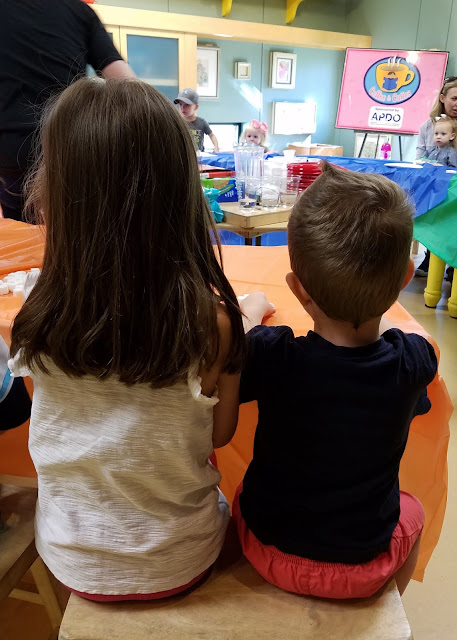 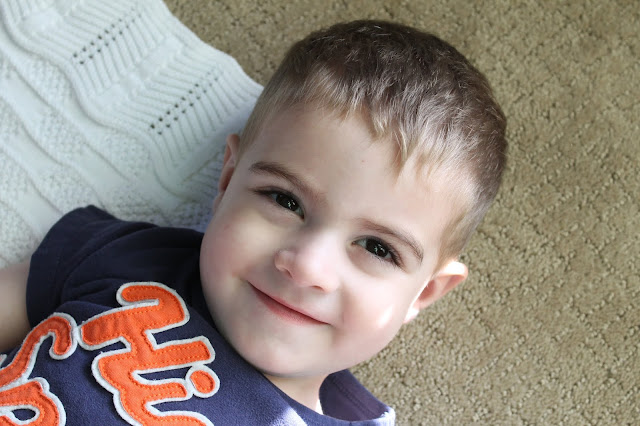 Sophie is a puzzle master! She loves the ones from the Dollar Tree that have all her favorite characters. 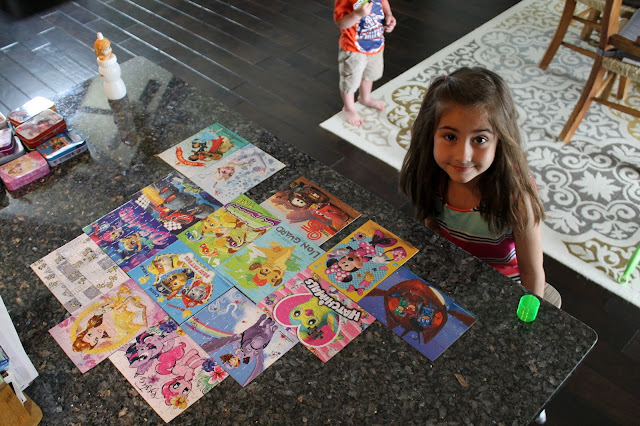 Watching shows on the coffee table, even though there is a perfectly good couch right behind them. 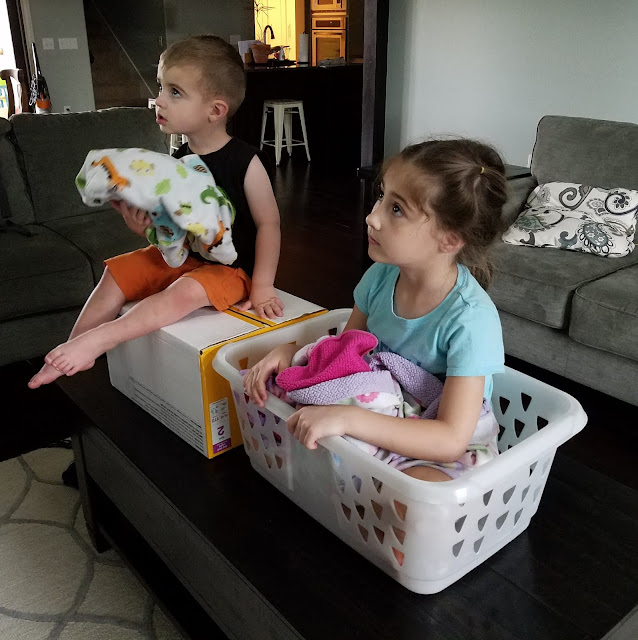 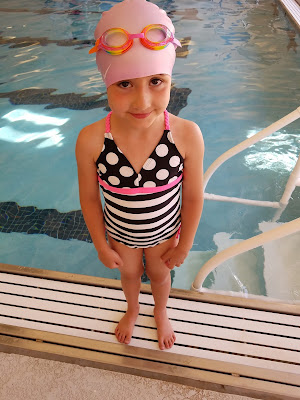 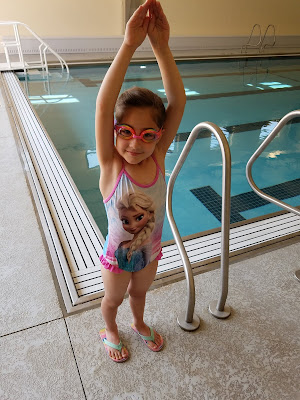 We borrowed a ladder and light pole from a neighbor and spent the day switching out all our traditional bulbs for LEDs. We spent over $100 on lights, but our house is so much BRIGHTER! and we hope to start seeing savings on our energy bill as well. Either way, it was worth it! 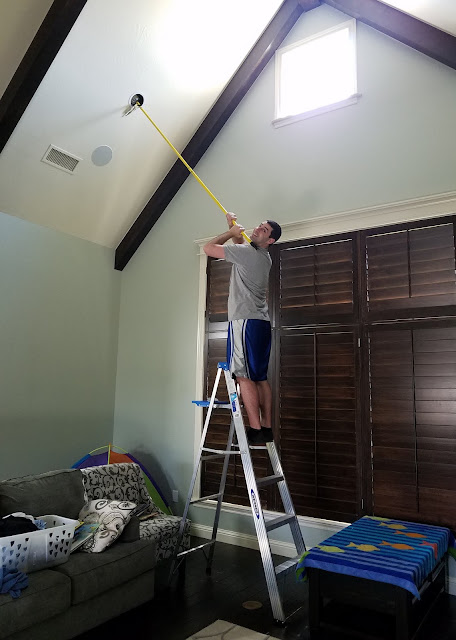 Let it be known that we have passed 2,000 levels of Candy Crush. Dave and I share an account on the iPad and this has been our go-to distraction over the last 5 years. This represents many, many hours of nursing for me :) 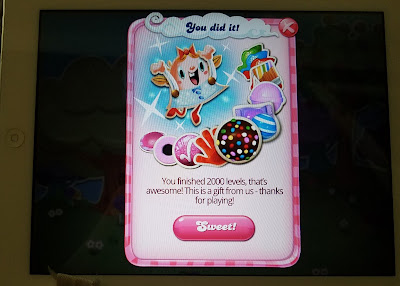 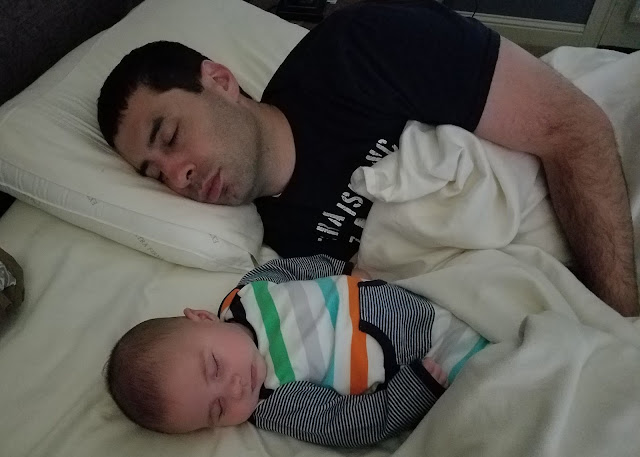 Sophie snuck out during quiet time one day and took this picture of me and Charlie. Then she brought my phone back to her room and took another 500 photos of her toys. 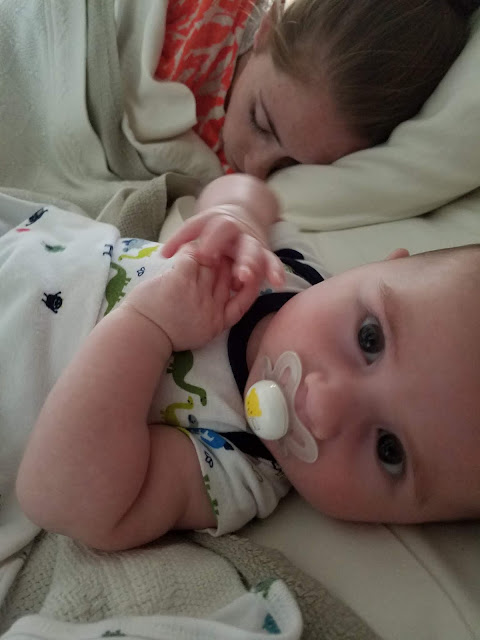 Charlie and I like to chase the sunset on our walks at night. We've had some pretty ones lately! 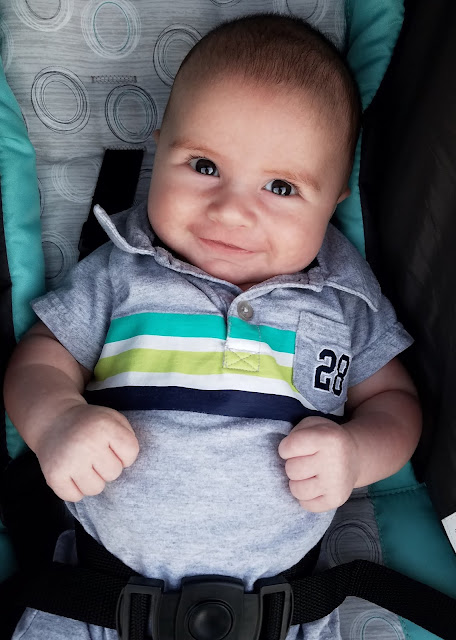 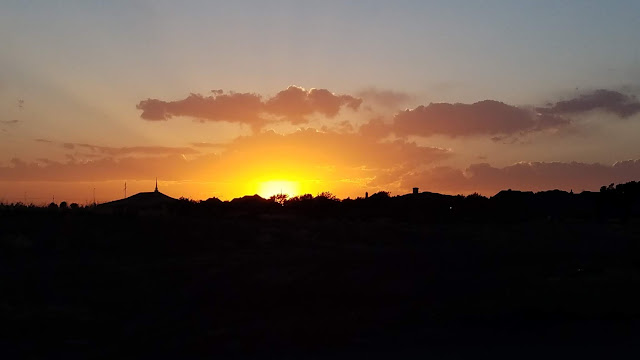 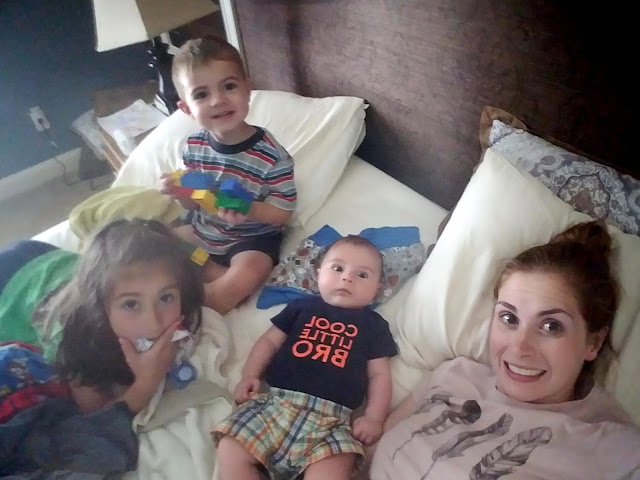 Two of the kids in their Memorial Day outfits. Davey was patriotic too, but didn't want to be in the photo. 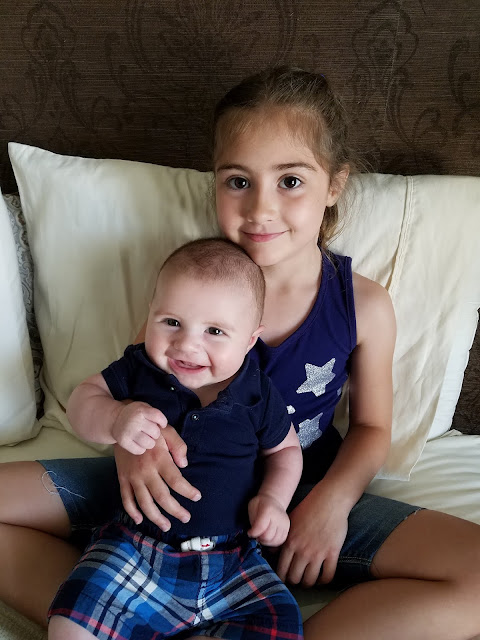 We were invited to a party with a group of friends on Memorial Day. Davey really went to town on the watermelon. He kept appearing with more slices and we finally realized he was taking the half-eaten ones out of the trash and finishing them off. 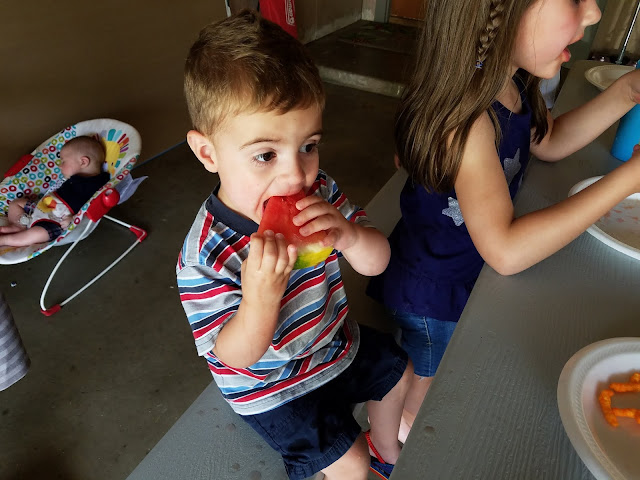 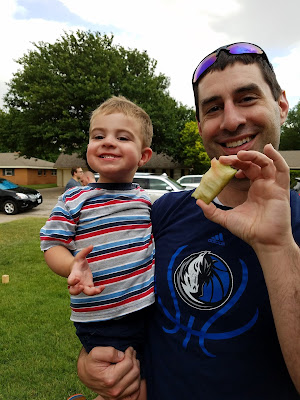 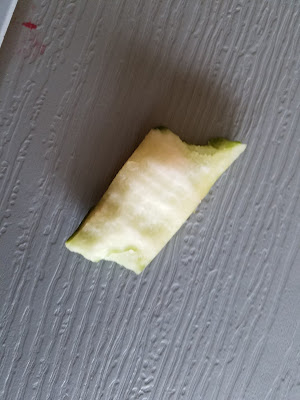 Amarillo doesn't have much nature, but I do try to get outdoors with the kids from time to time. We went to Wildcat Bluff one morning, before it got too hot, to walk around and dig in the sand. Davey seems to have developed a serious fear of ants, however, and spent most of our outing clinging to my leg and crying. 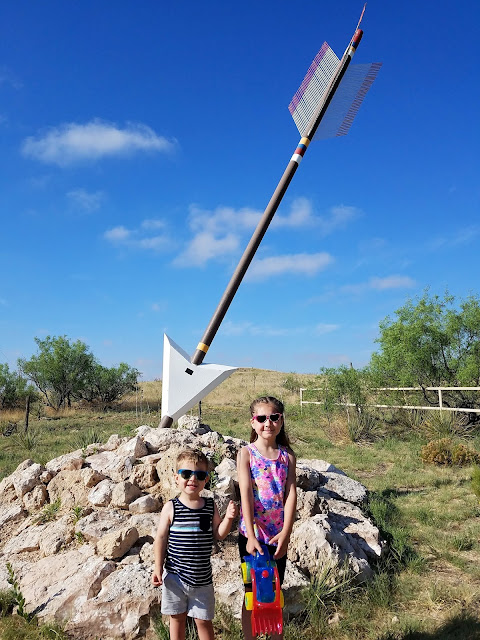 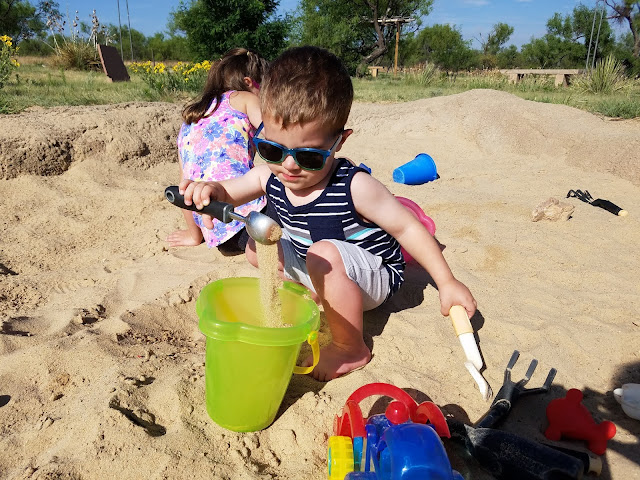 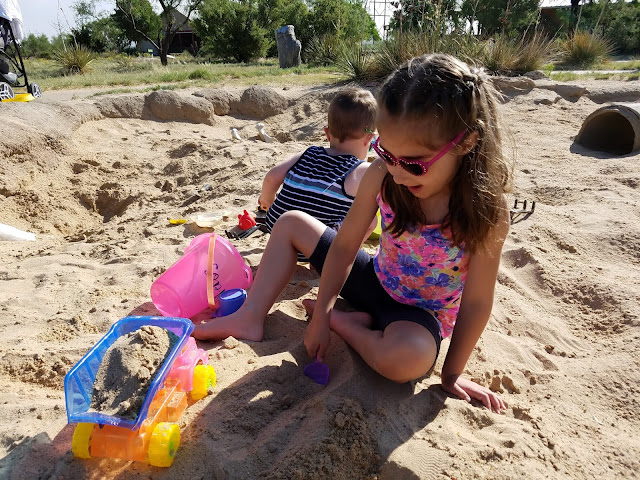 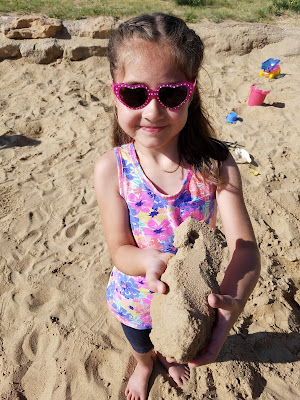 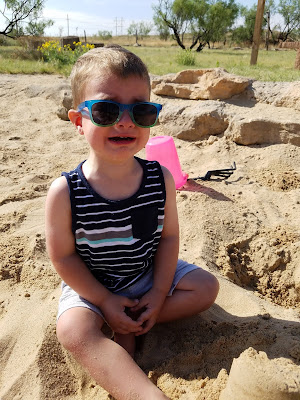 The boys watching Paw Patrol together 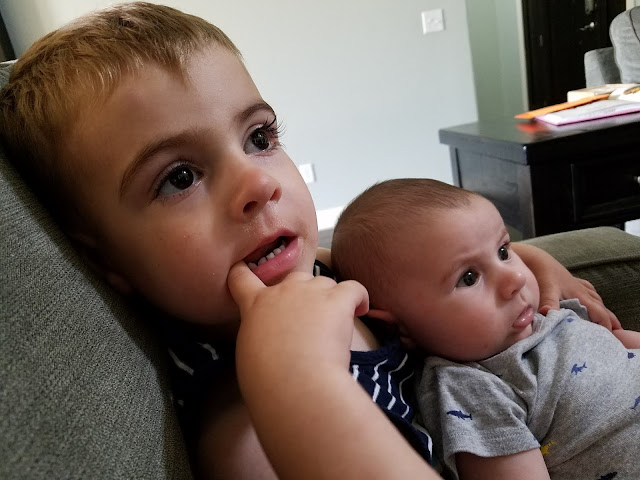 Davey is still figuring out how to sleep with a pillow. We're pretty sure he's part puppy :) 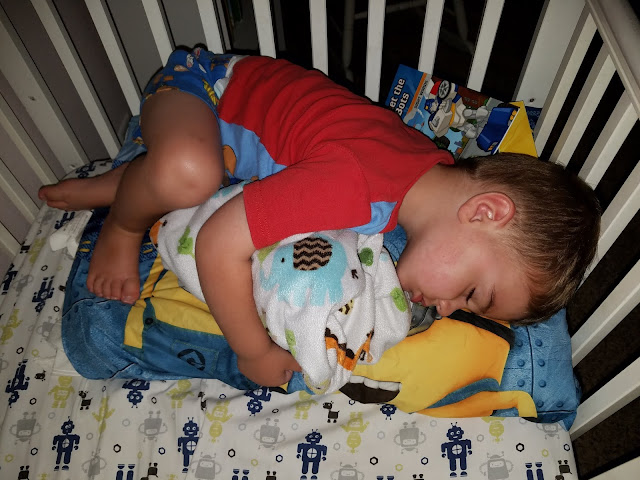 I always enjoy reading your posts and seeing pictures of your new cute house and super cute kids. Have a great summer!