Amarillo is not a hot spot for entertainment, but we do get a few interesting things that pass through our city every now and then. The latest was "Circus Saurus, where the big top is transformed into a time machine for the adventure of a lifetime!" It didn't look like anything spectacular, but we thought the kids would have fun, so we got tickets through a Groupon.

We've been to a few lower-level circuses before, and figured this would be just like the others, but with dinosaurs, and we were mostly right. The real surprise of the night was the venue. We were expecting it would be in the air conditioned exhibition center like before, but instead we were in an actual tent in the exhibition center parking lot. It was a hot day (high-80s) and we all got pretty sweaty, but the kids handled it well and the intimacy made it more fun. We got seats on the front row bleachers so we were super close to the action, and the dinosaurs!


Our circus crew. It was a surprise for the kids and they had a great time. Charlie slept through most of the show, although when he did wake up, he was pretty surprised by everything happening around him. 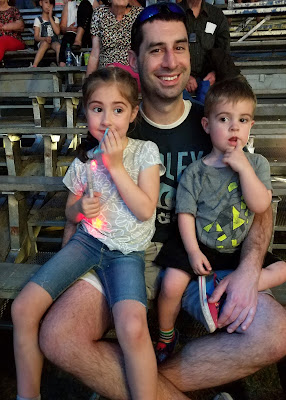 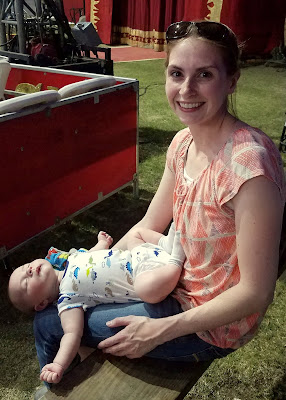 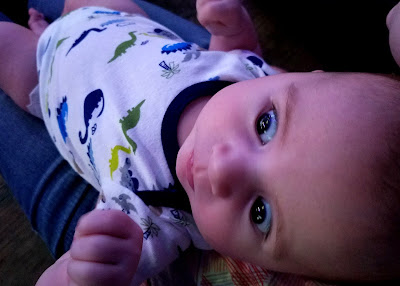 From previous experience, we've learned to get our own glow wands at the Dollar Store beforehand. They are just as fun as the ones vendors try to sell for much, much more. 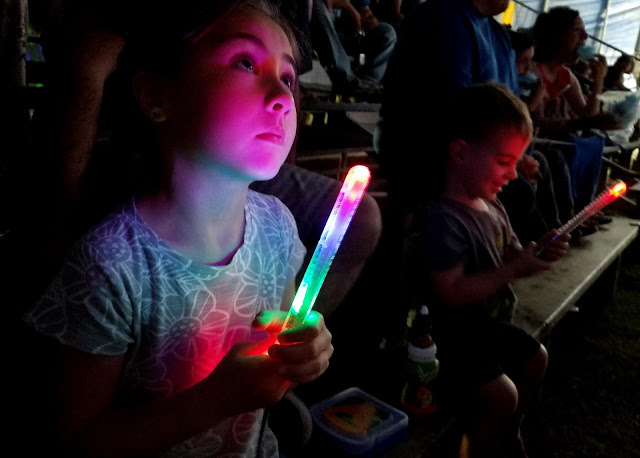 The dinosaurs were hilarious. In the dark they looked pretty good, but when the lights came on you could clearly see the performers legs walking around. Sophie is old enough to know dinosaurs are extinct, but Davey was pretty mesmerized and thought they were the real deal. 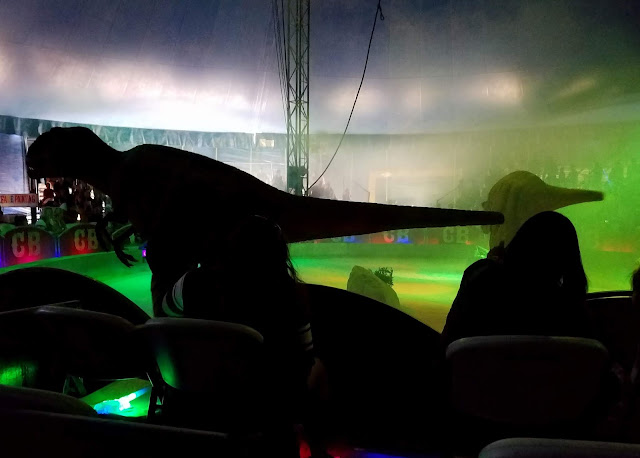 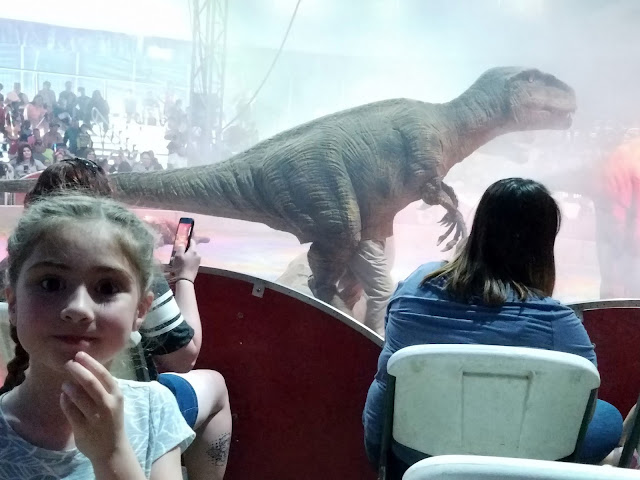 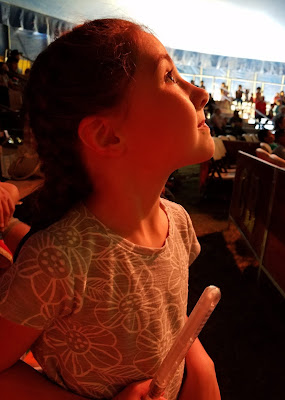 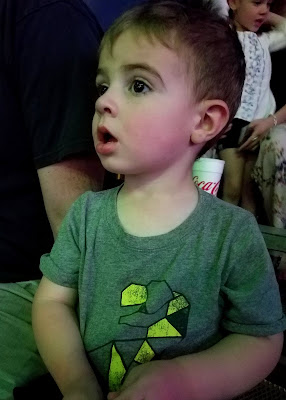 They also had an elephant dressed up like a mammoth, and some cavemen who came out to juggle flaming torches. It was all a bit cheesy, but fun. 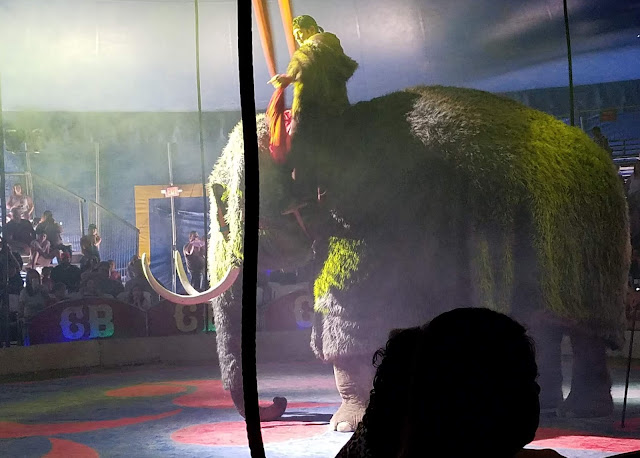 In addition to the dinosaurs, they had several traditional acts like aerialists, clowns, animals, and more. 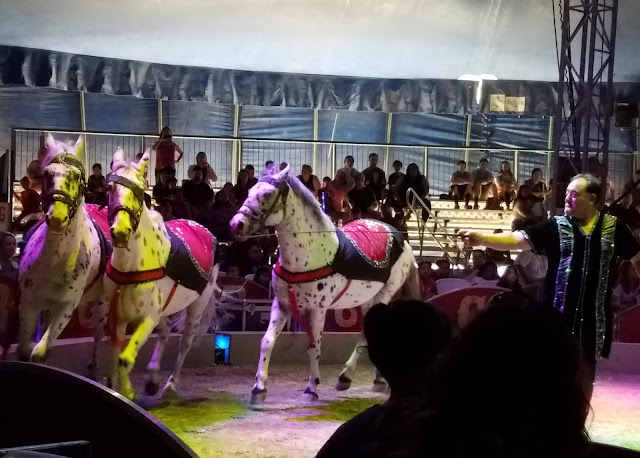 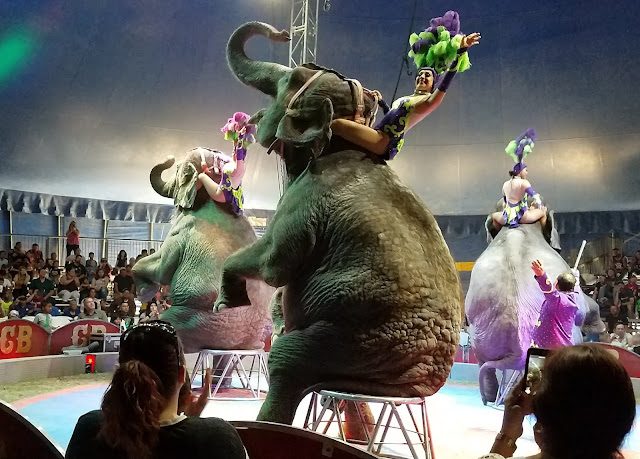 Video: The dinosaurs and the elephants