Charlie's second month flew by! His major accomplishments from the last month were perfecting his smile and growing eyebrows! He was born without any brows, and then after a few days of flaky skin on his forehead, cute little hairs just popped in. The hair on top of his head is also coming in thicker, although it doesn't seem to have grown any longer. Sophie loves to pet him and one day told me he felt "just like a powdered donut."
Charlie smiles all the time and really only cries if it's been a long time since his last meal, or if he gets attacked by one of his siblings, which seems to happen no matter how hard I try to protect him. Luckily he is growing fast and getting stronger every day. It looks like he's on track to be a big, healthy boy, just like Davey was. I'm already struggling to carry him around in the front pack or the car seat, but I love looking at those chubby cheeks and chunky thighs! 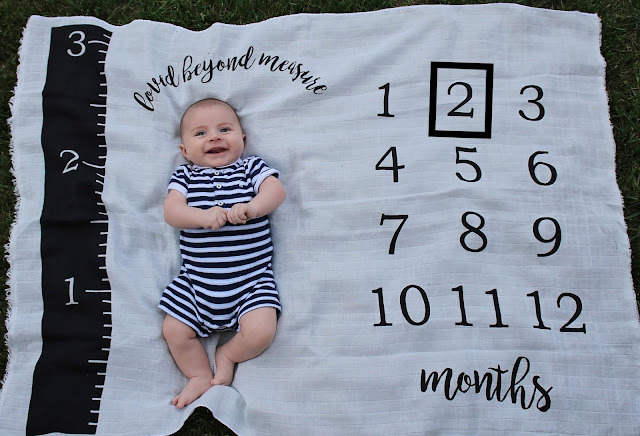 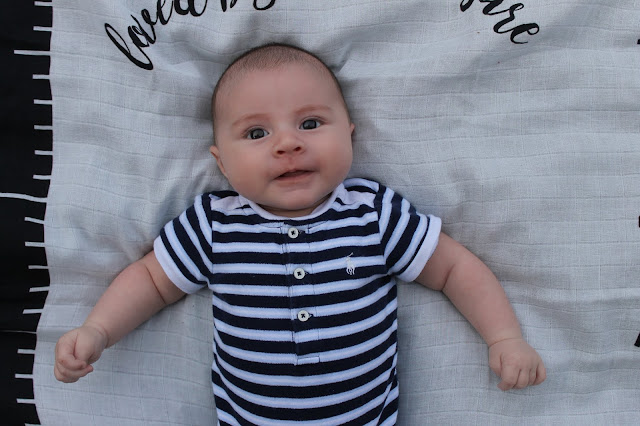 I feel a little sentimental every time I put away clothes that have gotten too small, but it's also so much fun to get out the new stuff! These are some of the first 6 month outfits that Charlie wore after I switched out his wardrobe. 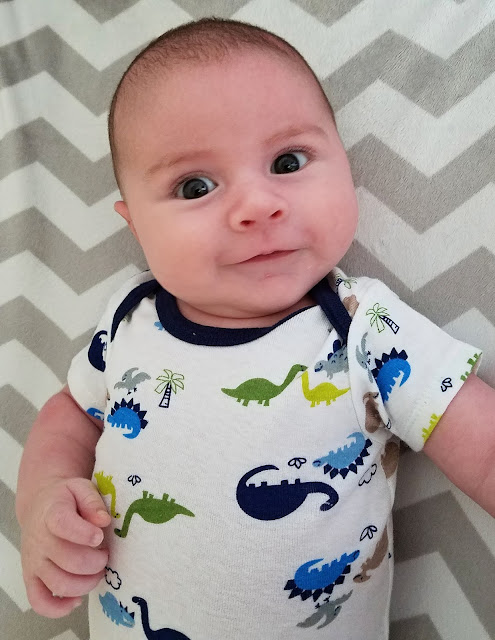 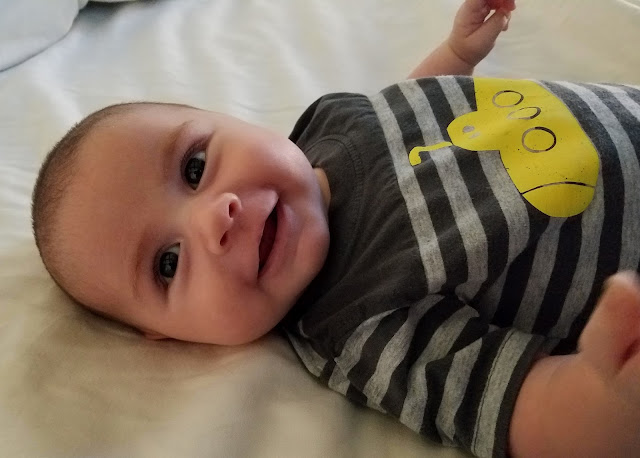 Feeling sad after the 2 month immunizations 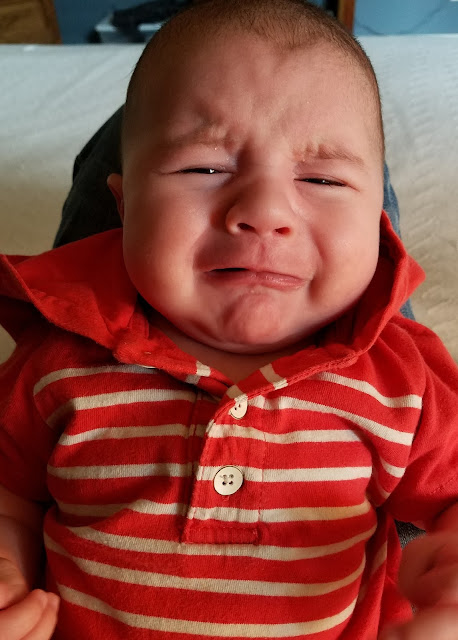 He's still a bit of a bobble head, but getting stronger every day. He's been trying so hard to hold up his head and look around. 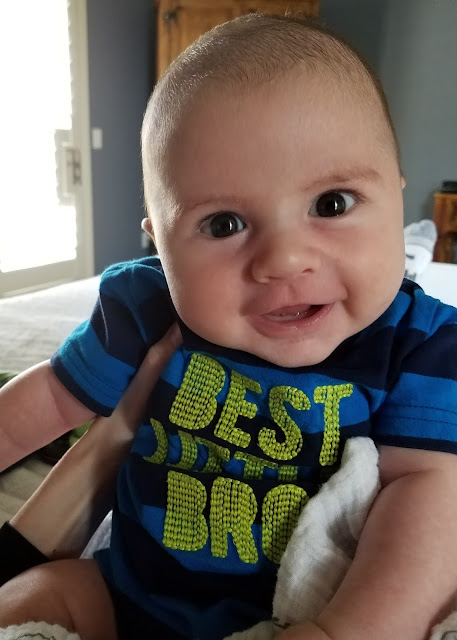 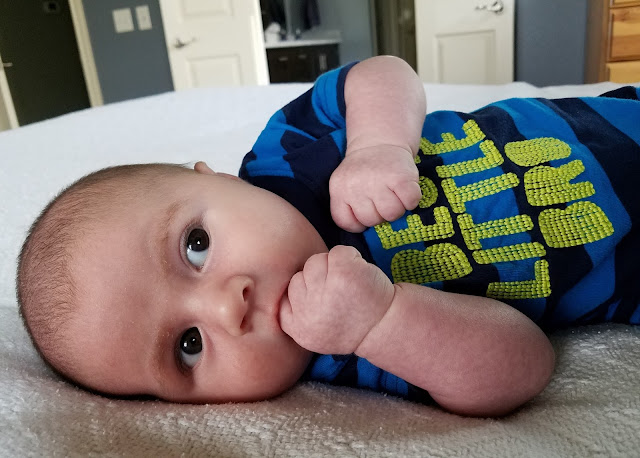 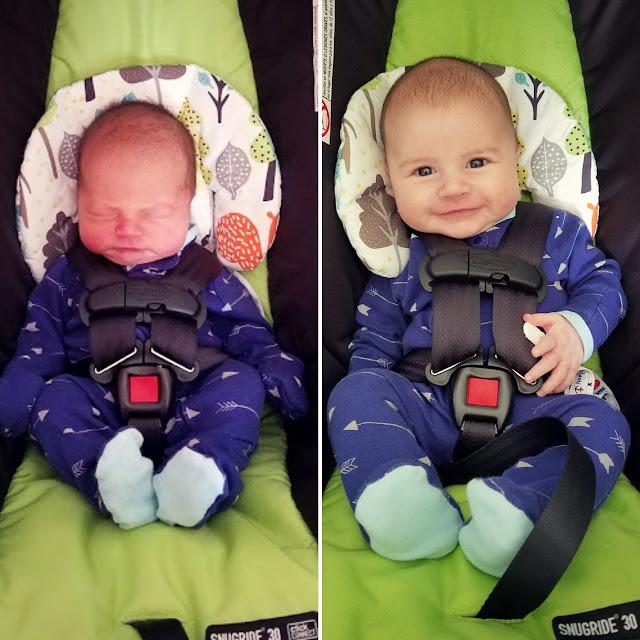