This year Easter fell on Conference Weekend. We were luckily enough to have the Howes (mom, dad, and Liz) join us, even though they were just here the weekend before. The kids were so excited to have them come back and it's always fun to have family around for holiday celebrations.

On Saturday, grandma and grandpa took the kids to Home Depot to make an Easter craft, and then in the afternoon we all went to an Easter party & egg hunt at a nearby park. The event was organized by friends of ours from the ward who own a party company. There was a great turn out and so many fun things for the kids to do - egg hunt, small animal petting area, glitter tattoos, bounce houses, characters, the Easter Bunny and more! 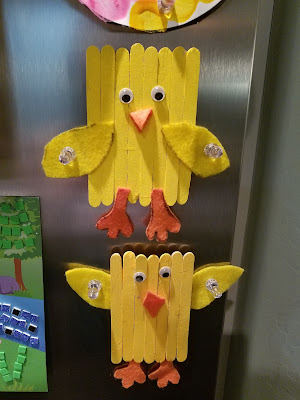 Davey enjoyed the egg hunt. Each child was allowed 12 eggs and he was surprisingly compliant when we told him "all done" and walked him to the exit. We passed several eggs on our way out and he just went right by. I thought I'd have to restrain him and carry him off the field kicking and screaming. 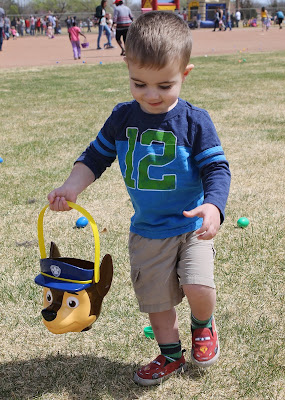 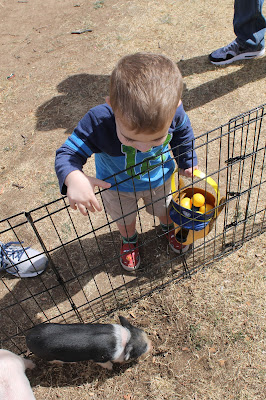 Sophie also hunted for eggs, but parents weren't allowed to go on the field for her age group so I didn't get any pictures. I did snap a few photos of her with Ariel and Moana, who we ran into after the hunt. 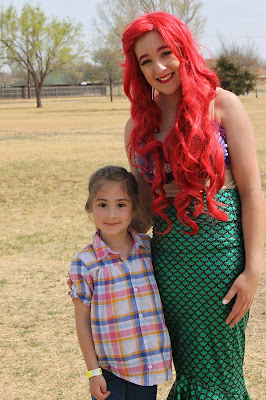 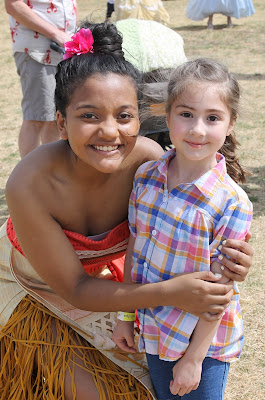 Davey was too afraid to say hello to Batman and Spiderman and I knew there was no way he would willingly sit with the Easter Bunny, so we didn't even try. We opted for a "family photo" instead and I held Charlie while Dave held Davey. He still wasn't sure about the whole thing, but at least he wasn't crying. 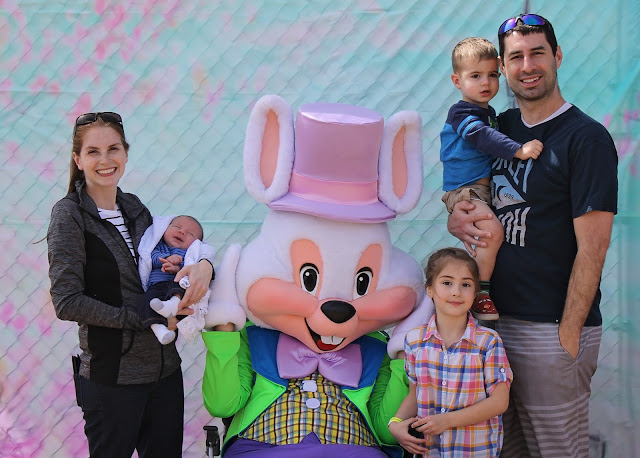 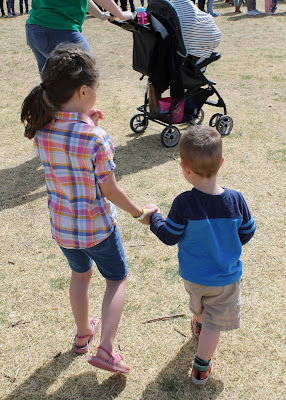 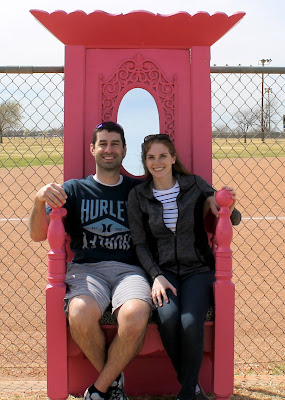 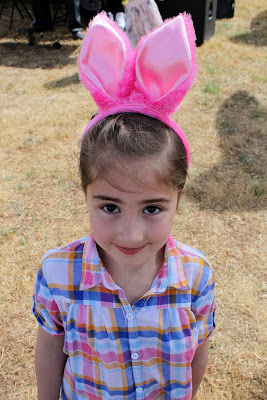 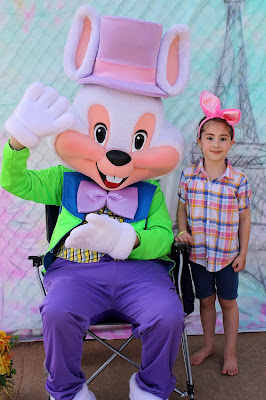 That night I dyed eggs with Sophie. This was the first time I let her do everything by herself. She was so careful and did such a great job! (Video below). We managed to keep our little party secret for about 3 minutes before Davey realized something was going on and came over to join us. After that, things got a bit chaotic, as he wanted to dye eggs with his hands. I let him do two eggs and then hurried to clean everything up before we ended up with spilled dye cups all over the kitchen. 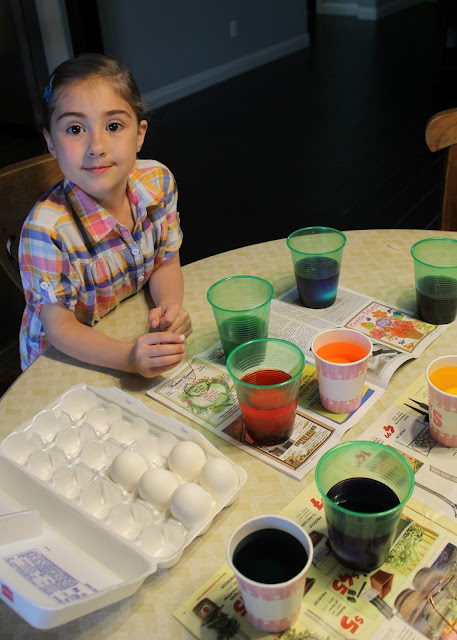 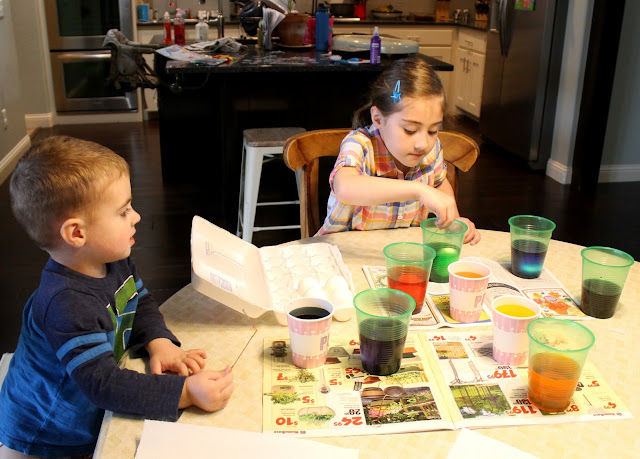 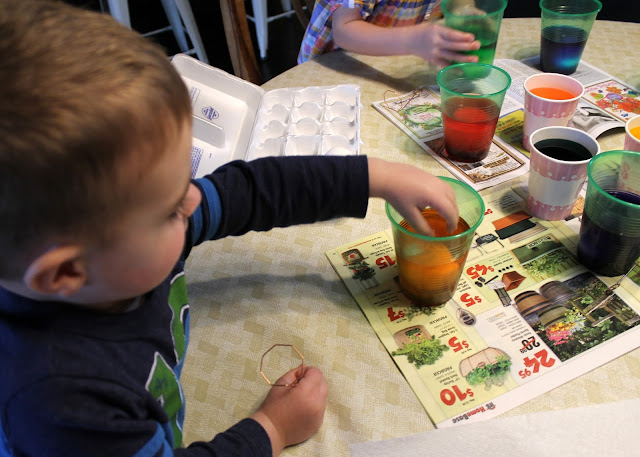 On Easter morning the kids searched for their baskets inside, and then we went out in the backyard for an egg hunt (videos below). It was a cold morning (36 degrees, brrr!), quite different from the 75 degrees we had the day before. The kids, fueled by the thought of eggs and candy, didn't seem to mind though and ran all over to collect as fast as they could. Poor Sophie ran too fast at one point and tripped, spilling all her eggs and cutting her hand. After a couple band aids, however, she recovered and went back out to finish the hunt. Brave girl! 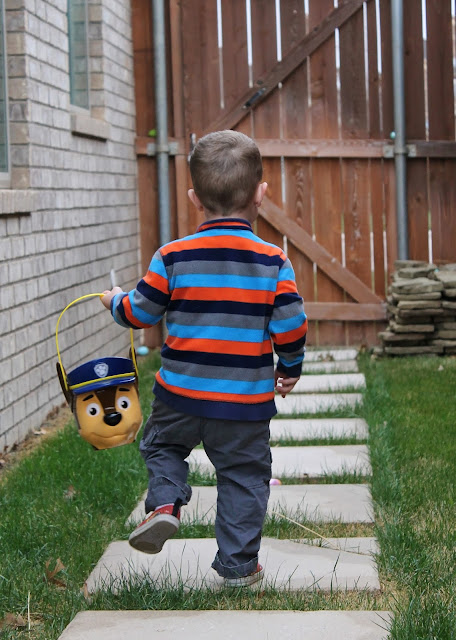 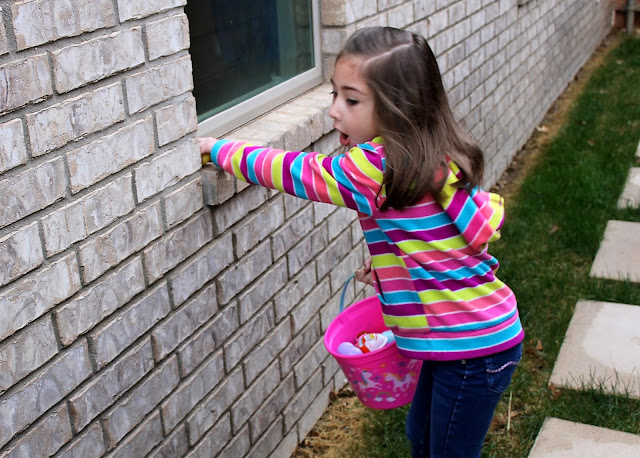 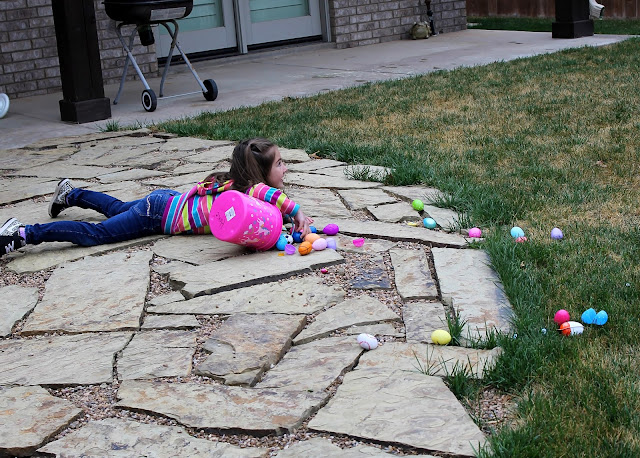 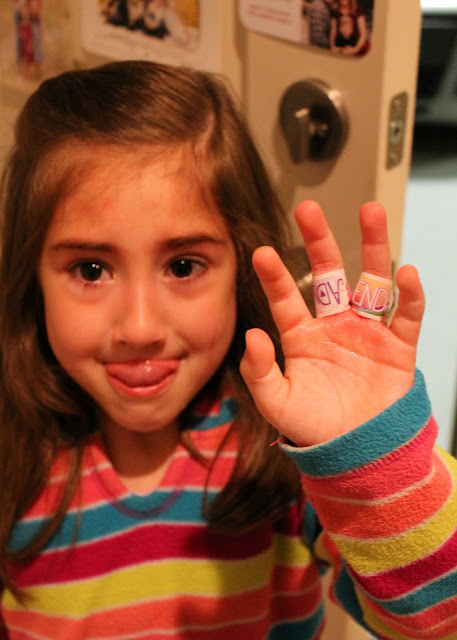 We had an Easter lunch so we could eat with the Howes before they had to start their drive back to Dallas. Our main dishes were Dave's special macaroni and some ham, accompanied by rolls, fruit, salad and jello eggs. It was a delicious feast and we were so glad to have family here to enjoy it with! 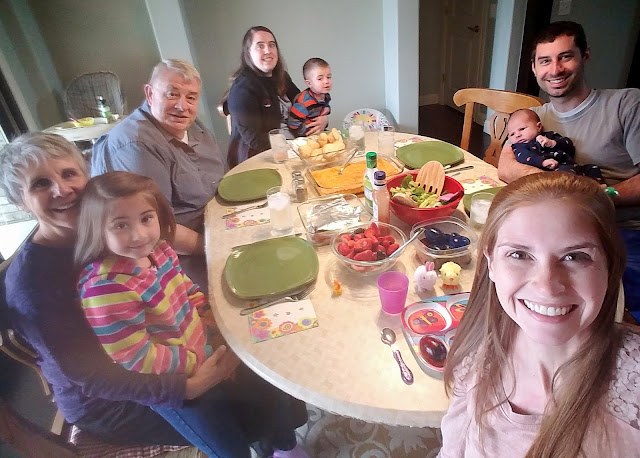 And last, but not least, my little Charlie Bunny. He didn't participate much this year, but I wanted to make sure I got a festive photo of him, and he even smiled for the camera! 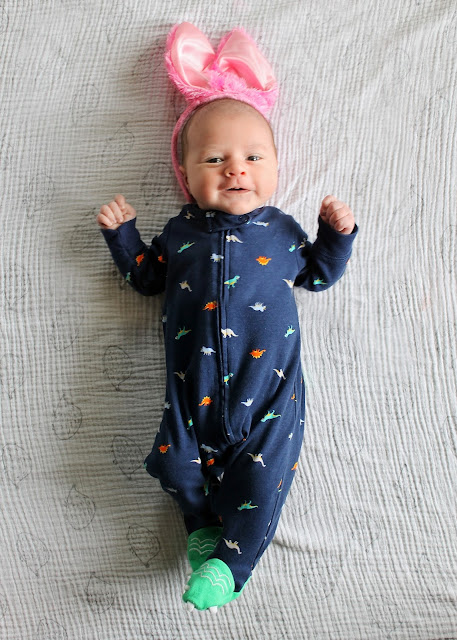 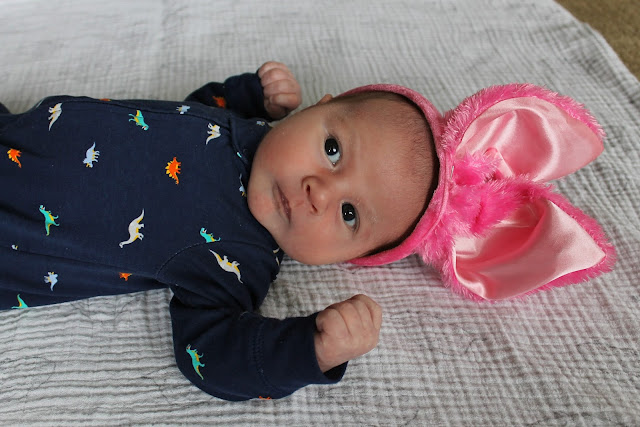 Video: The Easter Egg Wipe Out

What a fun mom you. Keep up the great work.