This was an interesting Conference with the new prophet and all the announcements. I'm excited about the changes! With the kids I was only able to catch a fraction of the talks, but still felt the spirit of the messages. It was a nice way to spend the Easter holiday and I'm glad we had family here to watch it with us. I didn't take too many photos, but here are a few things that happened over the weekend:


Working the traditional Conference puzzle. This one was 1000 pieces and we were able to get it done in just a few hours thanks to all the help! 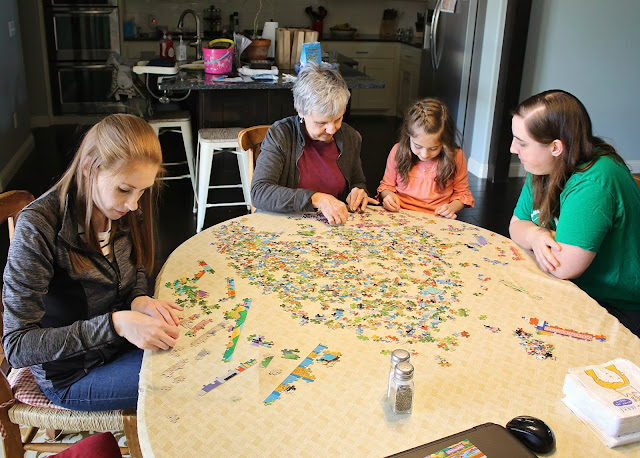 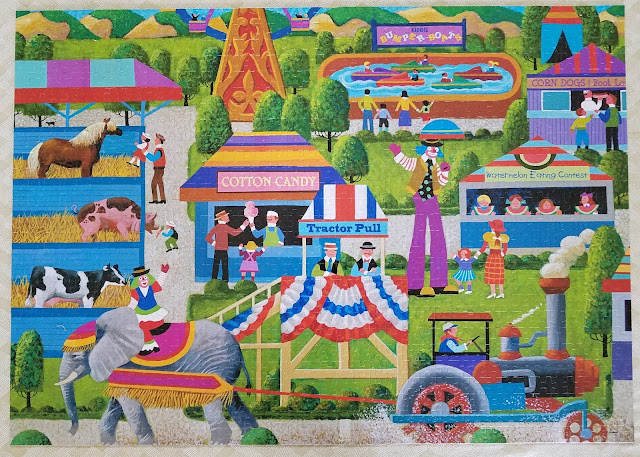 Sophie had a soccer game between the Saturday sessions. Her team got killed, but the girls said they still had fun. We had to wake Davey up from nap to go to the game and it took him awhile to come out of his funk. 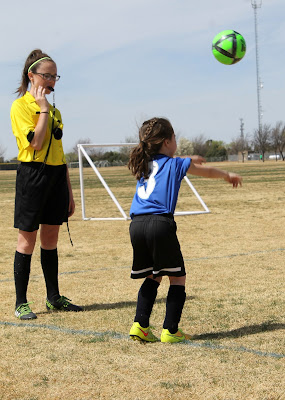 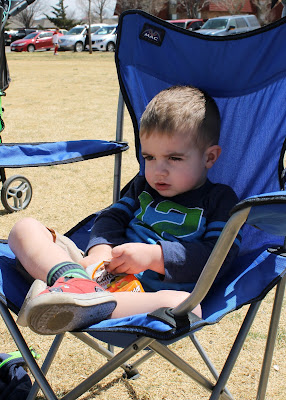 Charlie was really spoiled this weekend. With all the family here, he got passed around from person to person and was rarely set down. I only ended up with him for a short part of the afternoon session. 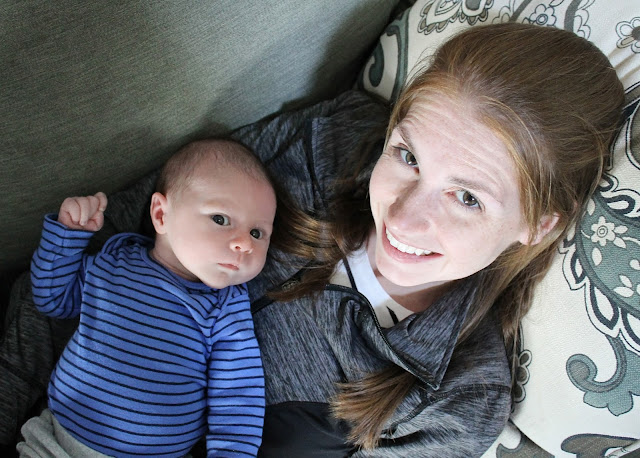 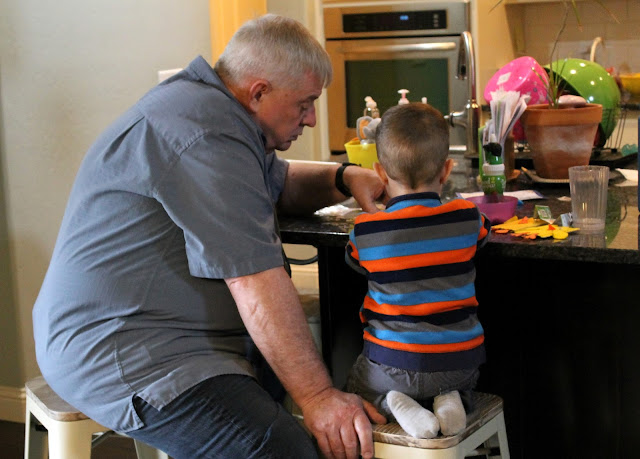 And Sophie took every minute Grandma had to spare. They spent a lot of time playing with her Hatchimals, coloring, and doing puzzles. 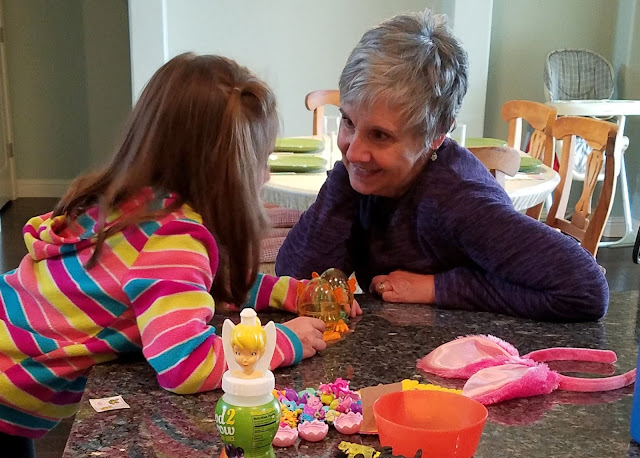 At one point Davey randomly ran up to me and said "cheese!" I wasn't ready to take a picture so it's a little out of focus, but he still looks cute! 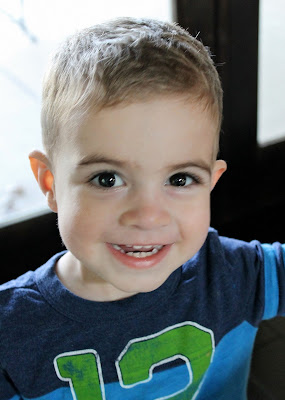 Saying goodbye is always hard. Sophie cried at the window as they pulled away. I remember doing the same thing every time we had to leave my grandma's house when I was little. I'm glad she loves her family so much, and that we will get to see them again soon when we drive down to Dallas in May. 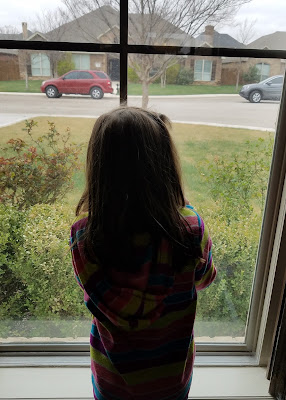