We like to keep our new babies home for a short time before bringing them to church, partly because we know too many kids that have ended up in the hospital with RSV, and because just I like having some one-on-one time with my baby while they are still tiny. At six weeks, though, Charlie made his church debut and he was a hit! Our ward has had very few babies born in the last year and there was no shortage of people willing/wanting to hold him. And who wouldn't want him?? Charlie is so squishy and cute :) I think over the entire month I've only held him for a few minutes of each sacrament meeting, and during our trips to the mother's lounge.

Unfortunately our going back to church also coincided with Dave being called as the new Elder's Quorum President, which has made getting ready to leave a bit chaotic since I now have a newborn, and no help getting everybody bathed and dressed for church in the morning. Thank goodness we are on the 11:00 schedule right now instead of 9:00, or we would be late every week!


The boys in their Sunday sweaters 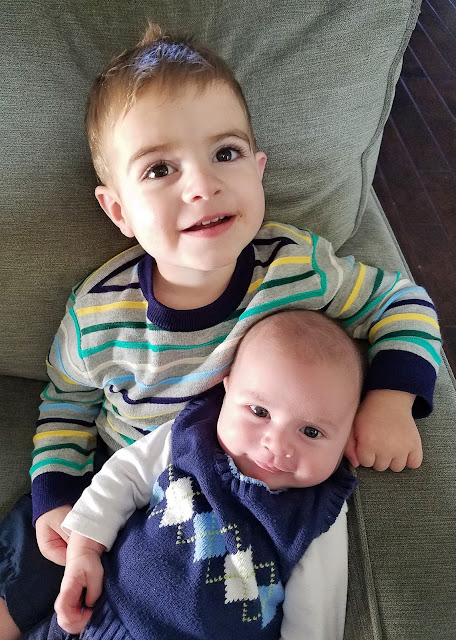 Charlie all dressed up for his first three Sundays 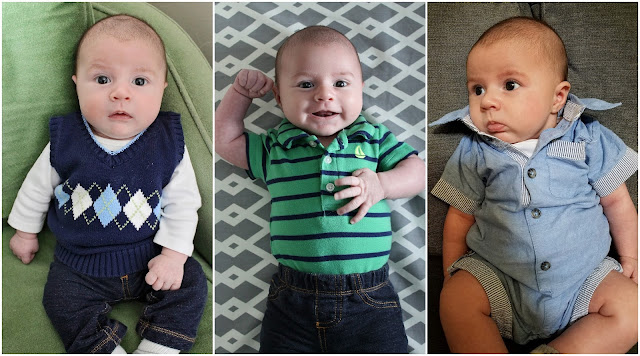