Charlie is one month old! I have really loved having a newborn again. Charlie has been very easy so far, or maybe it's just perspective as Davey entered the "Terrible Twos" and tests me every moment of every day...  Either way, he is very loved and it's been so fun having him in our family. His days are a mixture of too much attention, or no attention at all, but he is a good, patient baby who tolerates both ends of the spectrum very well. At night I try to give him some extra cuddles as a reward for putting up with so much during the day.

Going from two to three kids has been an adjustment, but so far things are going better than I expected. We started making trips out of the house when Charlie was a couple weeks old and are getting a little more adventurous each day. I still haven't figured out the best way to fit everyone plus groceries into a cart, or how balance the needs/wants of each child, but so far everyone is fed, clothed, and hopefully feeling loved.


I used the month stickers for the other kids, but for Charlie I have this cute blanket made by my sister and it will be fun to do something new. 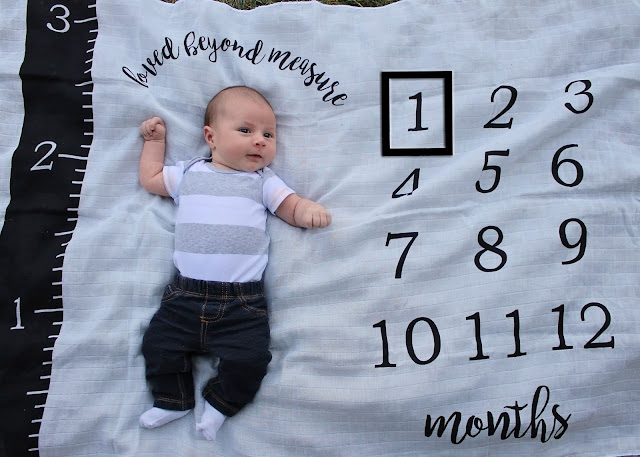 
My first attempt was interrupted by a photobomber. Davey really doesn't like to be left out :) 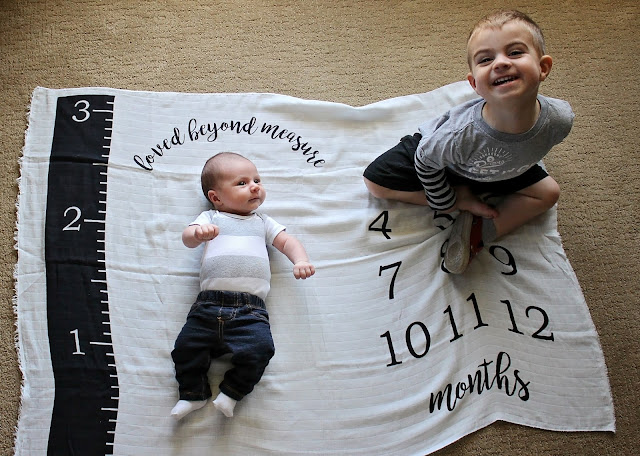 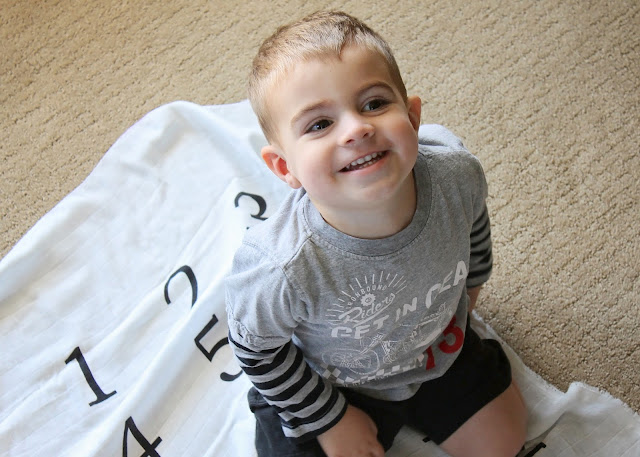 Our other kids lived in the bouncy seat, but I rarely use it with Charlie because the moment I put him in there he becomes a sitting duck. Davey loves to come up behind, grab the back, and then catapult the seat while saying "bouncy, bouncy!" 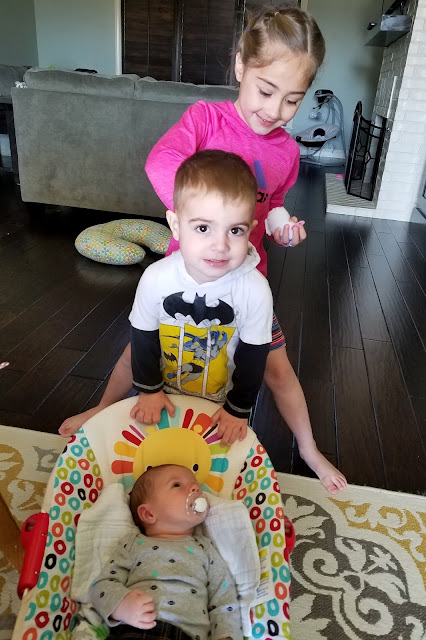 Charlie is our baldest baby so far, but what he lacks in hair, he makes up for in cheeks. 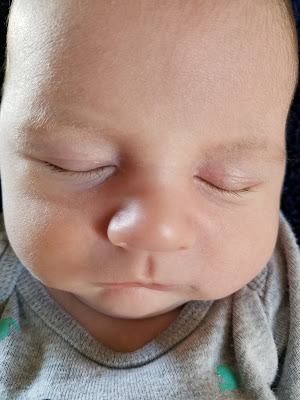 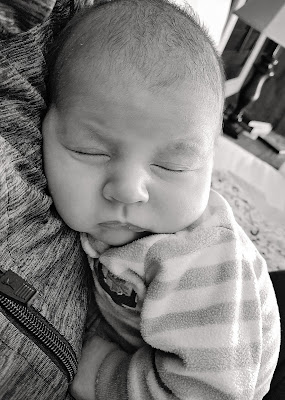 The big smiles are still a couple weeks off, but he has been giving us little grins for a while now. 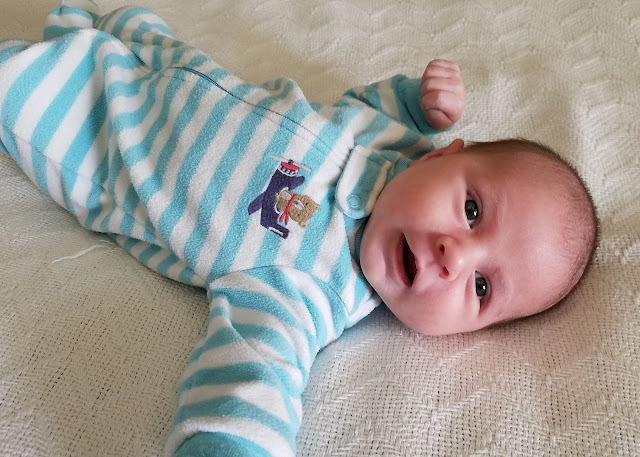 He loves it when he can find his fingers to suck on. We didn't have to use scratch mitts with Charlie because he never really clawed at his face like the other kids did. 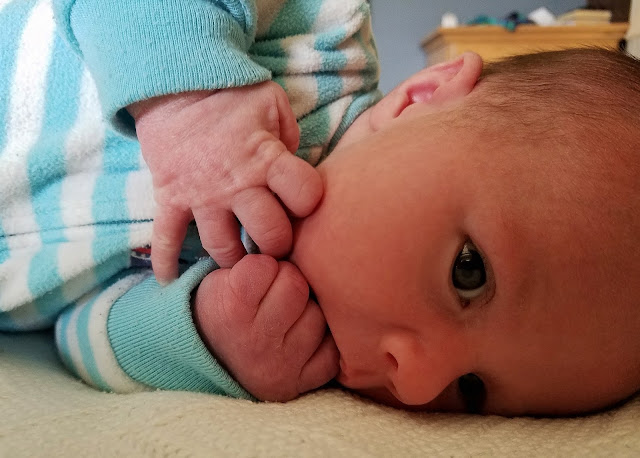 Davey and Charlie at the same age in the same outfit. There are some similarities, but I don't think they look that much alike. Davey was a square, and Charlie is more round. 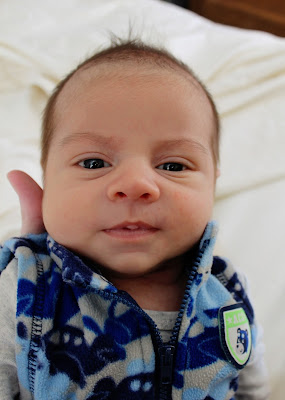 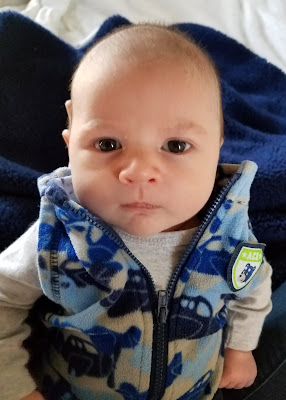 At his 1 Month Well Child visit - he is growing great! 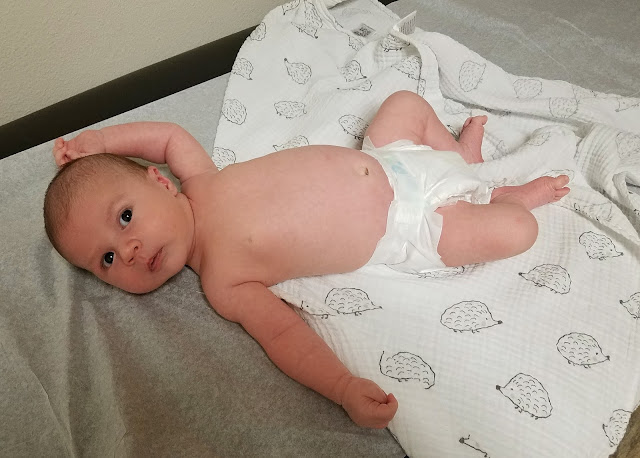 The other kids didn't want him to feel lonely on the exam table while we were waiting for the doctor. 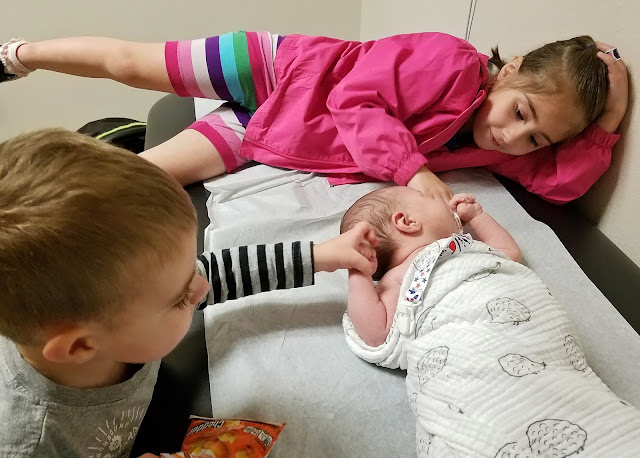 One of our first purchases after he was born was a car seat cover. We call it his "wind bubble." In the past I had just used a blanket to keep my babies covered, but on our first outing, the wind blew it right off so I needed to find something more secure. He likes it in there. 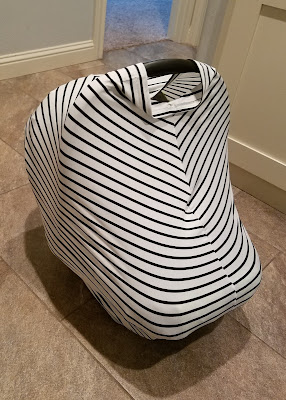 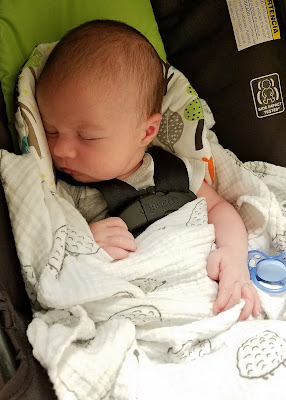 We had our first "no cry" bath the other day. I think his favorite part was getting out at the end, but at least he's starting to get used to the water and relax a little bit. 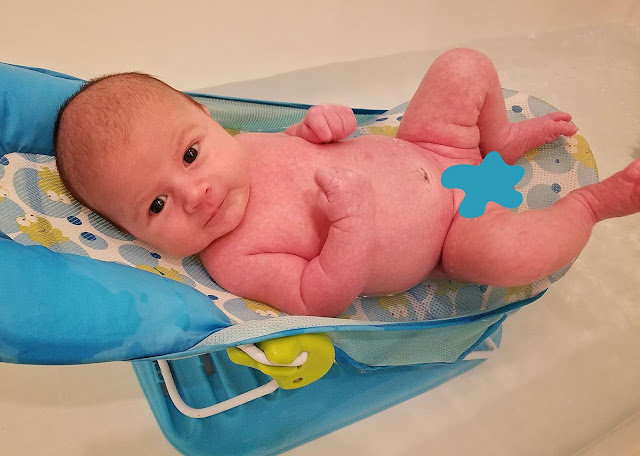 Those eyes are definitely brown 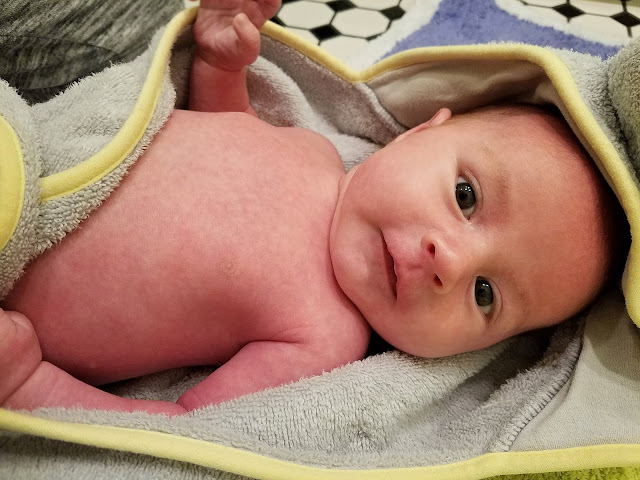 At night we swaddle him and put him in his own bed, but in the day his favorite place to sleep is in the middle of our bed. It's big, soft, and away from the chaos of the rest of the house. He's had some great 2-3 hour naps there. 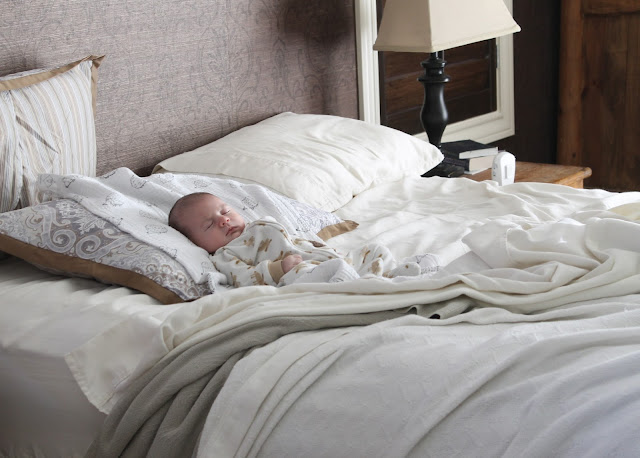 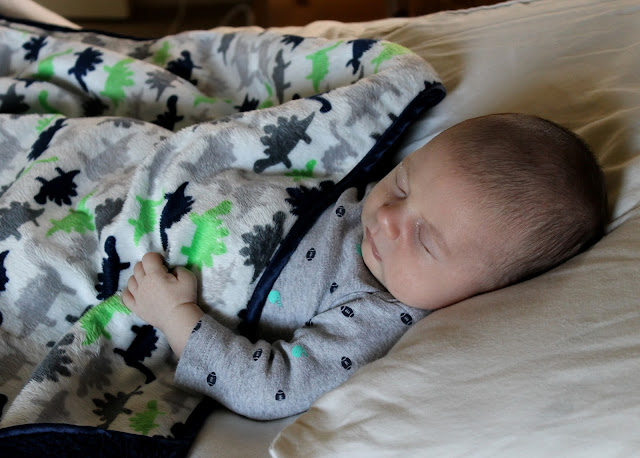 We love you baby brother! 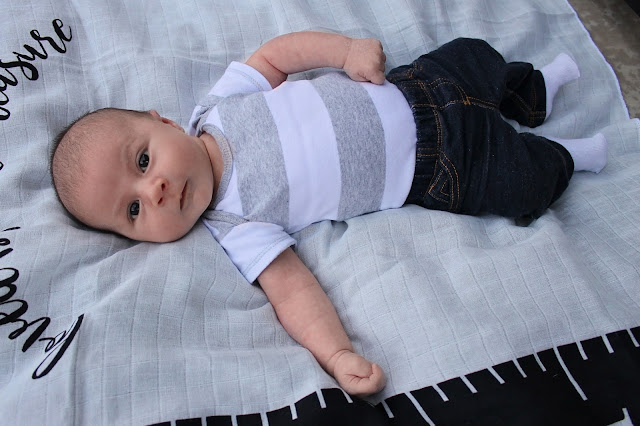