Davey turned 2! This boy sure has grown in the past year, and even though he can be quite the rascal at times, his sweet side always comes through to get him out of trouble in the end. I call him my "puppy" because he bounces around and gets into everything, but is also so loving and will come over to lay in your lap while you rub his head or his back. He thrives on physical contact and always loves a good snuggle. I often hear "hold you" throughout the day, which means he wants you to hold him.

Davey is all boy and loves robots, dinosaurs, vehicles, super heroes, and projectiles. His favorite toys are the ones that shoot something and he will often run up to you and say "pew pew!" He also likes to throw things and hit, usually as a part of playing, but it's still something we are working on. The other day he went through each member of the family and asked if it was ok to hit that person, and of course we said no. Silly kid.

Sophie is his favorite person and he loves to play with her anytime she will let him. When he wakes up in the morning we have to repeatedly steer him away from her room, because he just can't wait to see her. They love to run around like crazy animals and make all sorts of messes together. It will be a hard transition next year when she goes off to all day kindergarten and isn't around to play with anymore.


He is a cute kid, but you can see the mischief in that smile :) 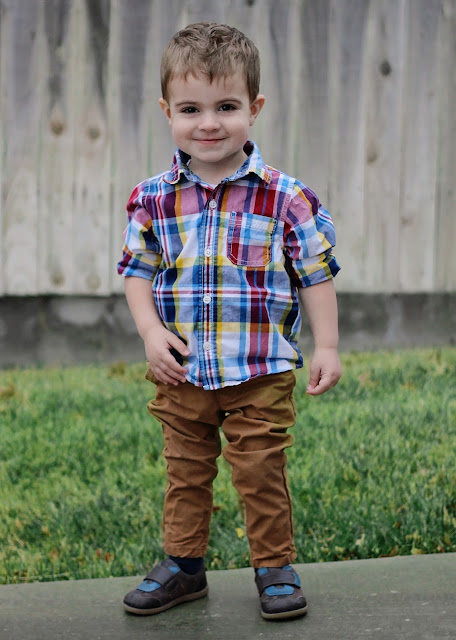 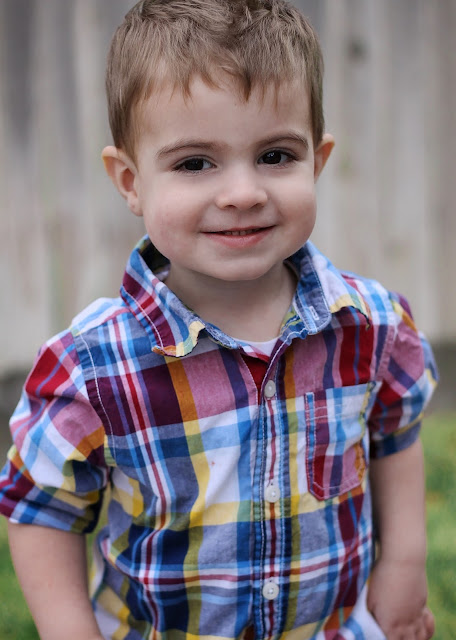 Video: Singing his version of the ABCs and counting

Last time going to bed as a 1-year-old 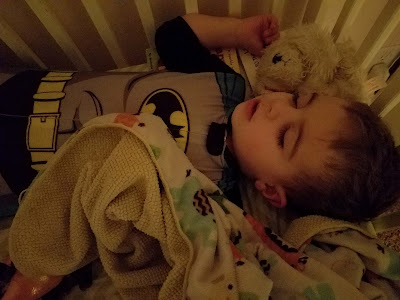 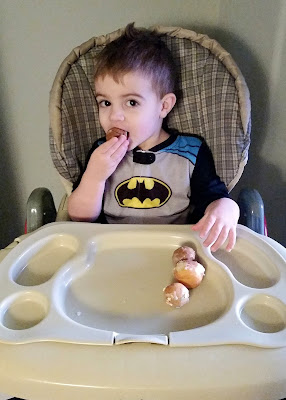 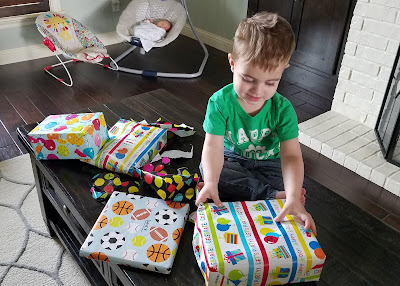 Video: The robot scared him at first, but after Captain America defeated it a few times, he decided it was safe for playing.

We waited a couple days to do cake and singing so he and Sophie could celebrate together. He was obviously tired of waiting, even for a quick photo :) 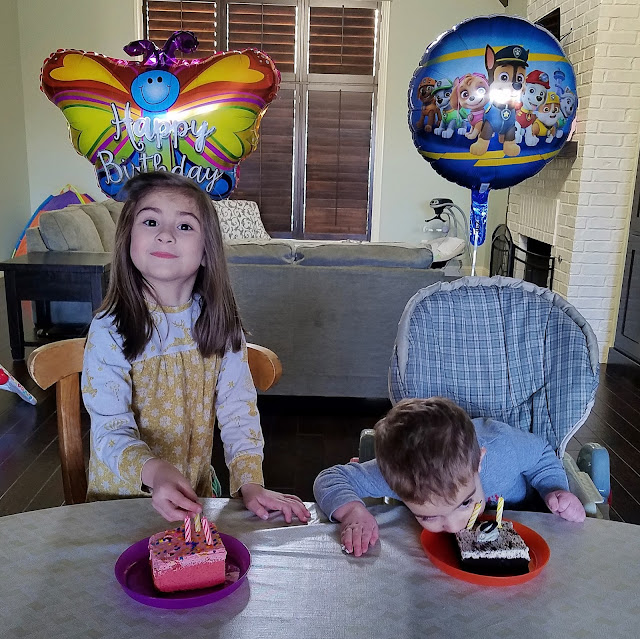