The first weeks at home with a newborn are always a bit crazy as you figure out how to settle into a new routine, but so far Charlie has made things pretty easy for us. I keep holding my breath for things to change, but so far he is just a sweet, mellow little boy and I'll take it as long as I can get it. He doesn't mind being set down, which is essential for a 3rd child. He's a fast eater, never spits up, and rarely cries. He doesn't mind his car seat, and normally falls asleep within minutes of getting buckled in, which is great because we are always going somewhere.

He also is our best sleeper, which was't hard to accomplish because the others set the bar pretty low. Sophie was nocturnal for the first 6 weeks and all I remember from that time was sitting awake with her for hours each night, walking, singing, bouncing and swaying. Davey was always hungry and would wake up 4-5 times a night to eat. No wonder he was such an enormous baby! Charlie will wake 1-2 times, and almost always goes right back down to sleep after. Winner, winner!

Here are some photos from his first few weeks: 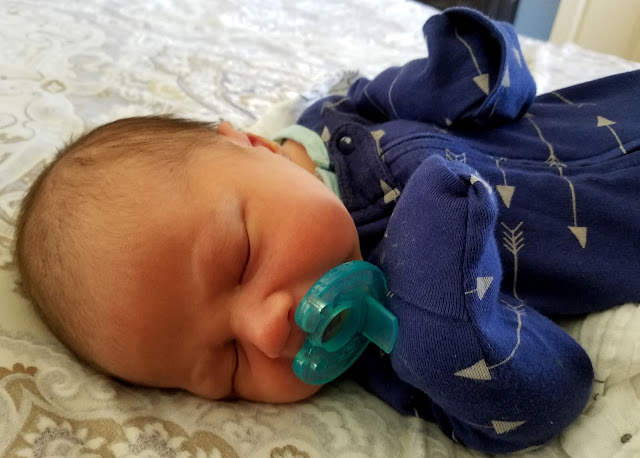 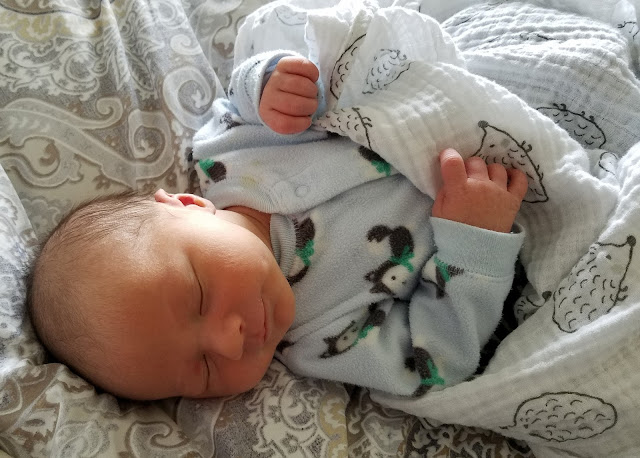 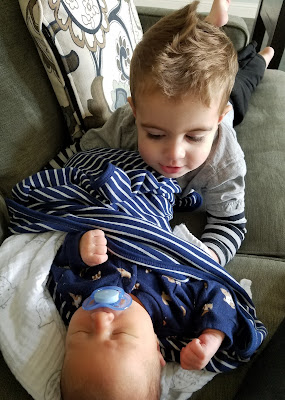 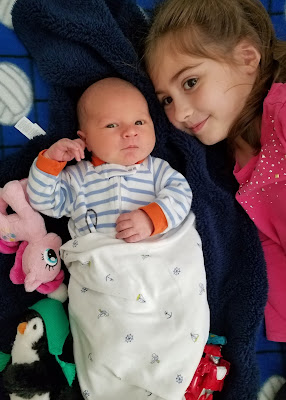 Video: 5 Days Old - Charlie gets hiccups every single night around the same time. He used to get them while I was pregnant each night too :)
6 and 7 Days Old  - starting to see his eyes more, and the face he always makes when we first give him a binky. He actually does like it, but has to reject it a few times before he'll latch. 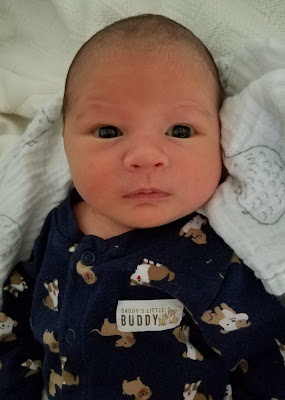 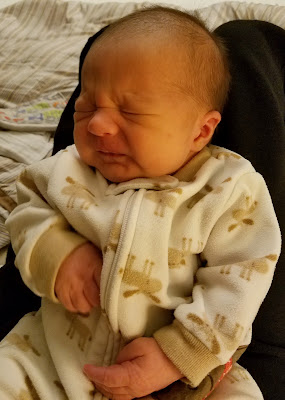 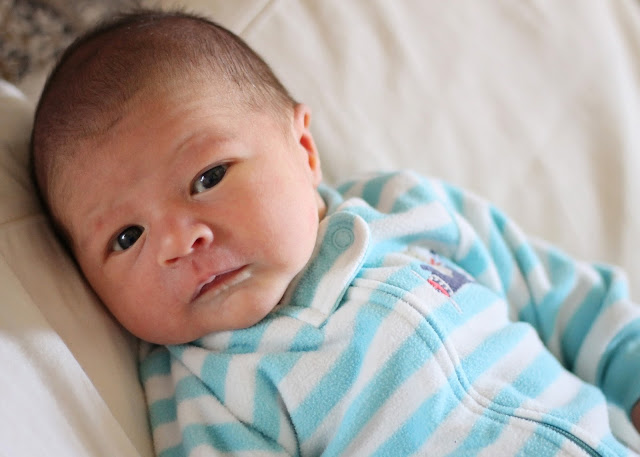 Passed out cold around 9 pm. We try to keep him awake in the evening so he sleeps better at night, but this time we failed. Luckily he still had a pretty good night. 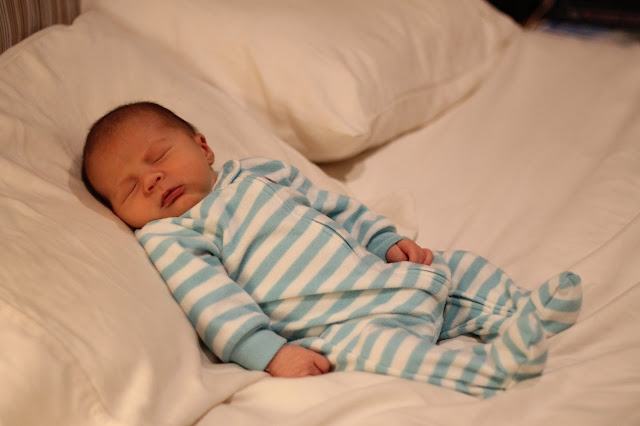 10 Days Old - Charlie gets ignored for a good portion of the day while wrangle the other two kiddos, but during nap/quiet time and the evenings he gets me all to himself. 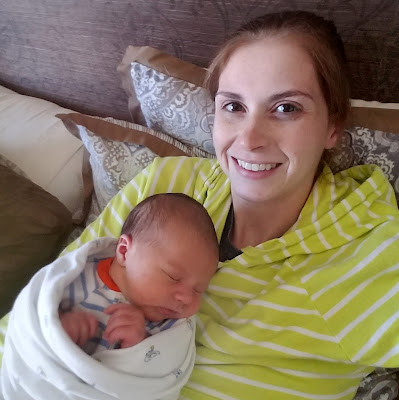 2 Weeks Old - first time wearing real clothes. He spent both days and nights in pajamas until his cord stump fell off. 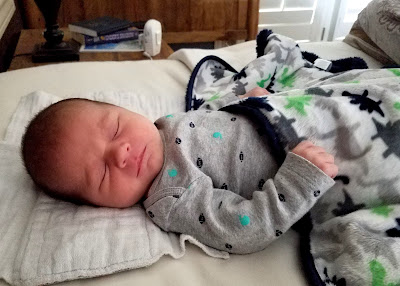 Once his stump fell off he could start taking real baths, which he didn't like very much. Each time is getting a little better though, which is good because I love the smell and softness of a freshly bathed baby. 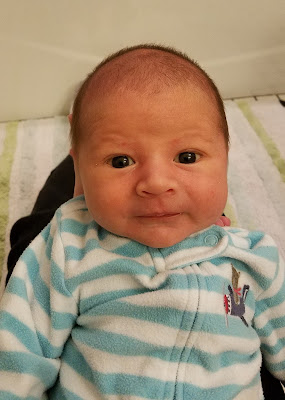 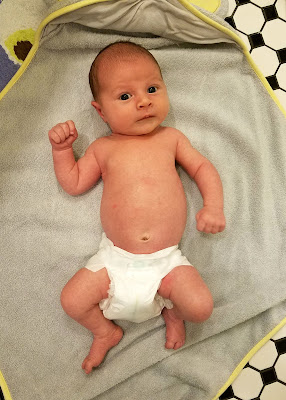 Sophie heard him crying and ran into my bedroom to help. She loves to hold him and put the binky back in when it falls out. 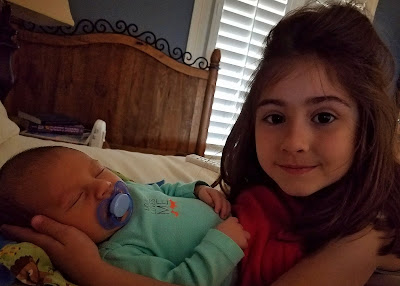 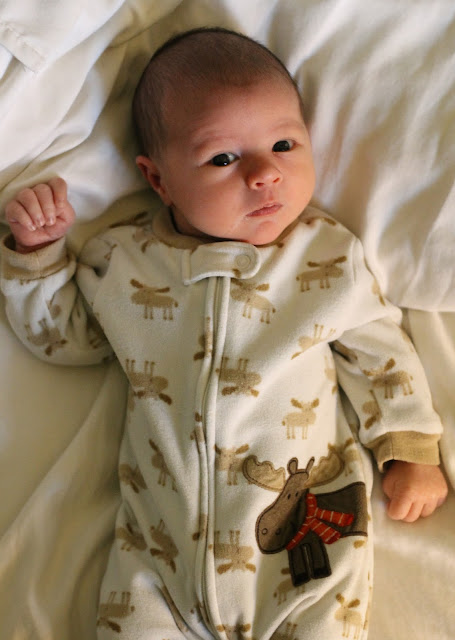 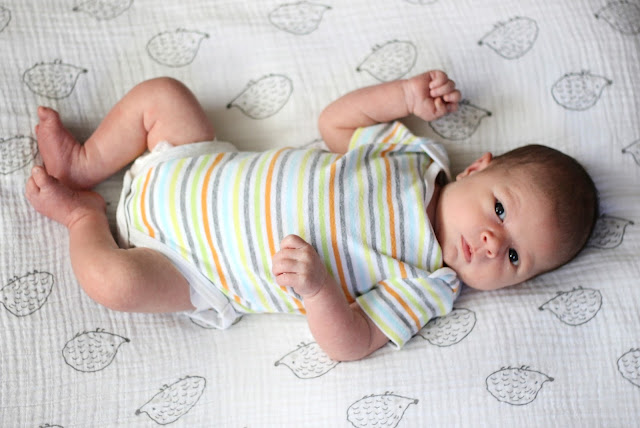 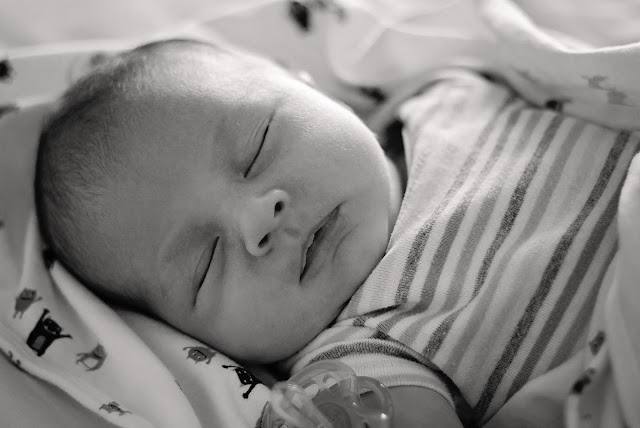 His angry resting face at 4 days old, and 3 weeks old. Dave says his eyebrows look like they were burned off in the womb, but little hairs are starting to grow in. 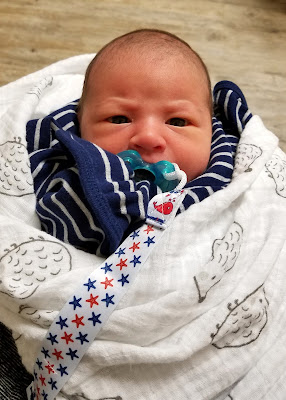 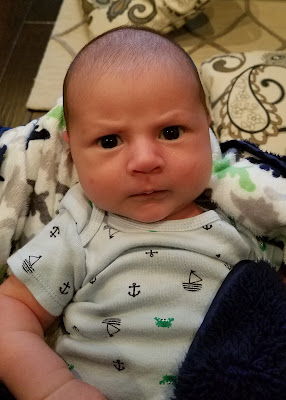 Not one of Charlie's cutest faces, but this photo makes both my kids laugh uncontrollable every time they see it :) 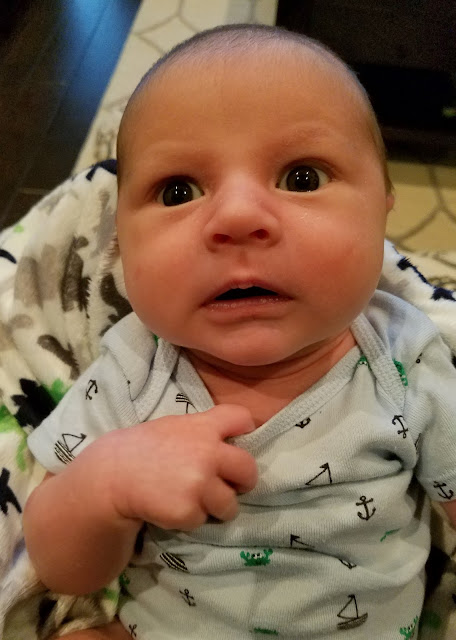