The Rest of the Dallas Christmas Trip

It's strange because every time we used to talk about visiting Dave's parents we would call it "going to Texas," but now we live in Texas so that doesn't really make sense anymore. It's been an adjustment and Sophie has a hard time understand how both our family and grandma's family can live in Texas, but be so far apart. At least we're closer than we used to be.

For this trip we arrived just a few days before Christmas, but then were able to stay well into January (one of the perks of being a professor!) The long break was nice and the kids really enjoyed spending time with their grandparents and Liz, and Dave and I even managed to get away a few times by ourselves. We also fit in a few nights with friends, including New Year's Eve, although our full group could never get together because the Dallas area was hit pretty hard with the flu and different families were always getting sick. Luckily we were spared and made it through the entire visit without any illness.

Here are some of the photos from our stay:


Davey found these leftover cake balls the morning after Christmas and thought they made an excellent breakfast. 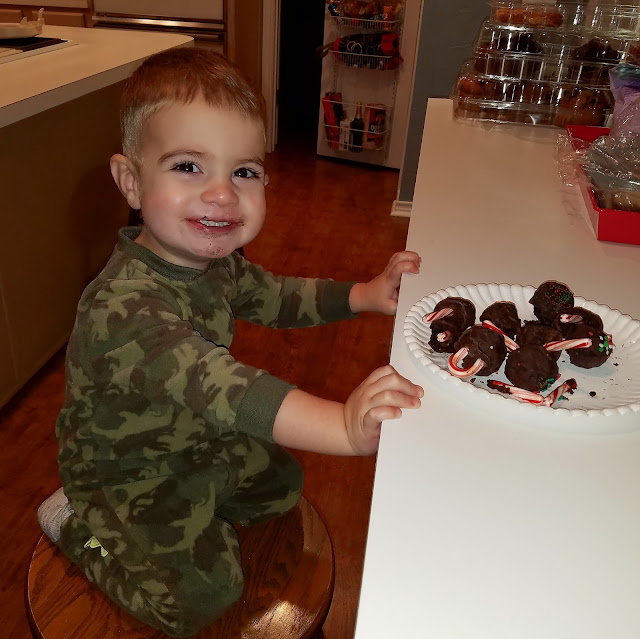 Sophie made "Jiggly Jugglers" for the first time with grandma and thought they were the most amazing thing ever. She cut them into shapes of stars and the state of Texas. 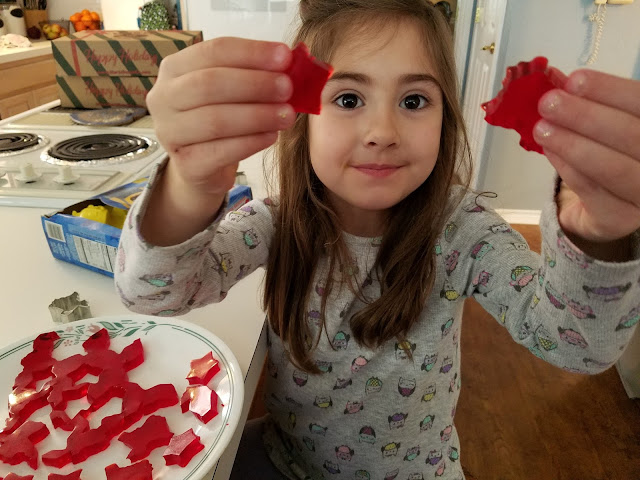 I had lots of time to work on puzzles and finished this one of "99 beautiful places in the world" that was really fun, and a set of Thomas Kincade Disney puzzles that were actually much harder than they looked. 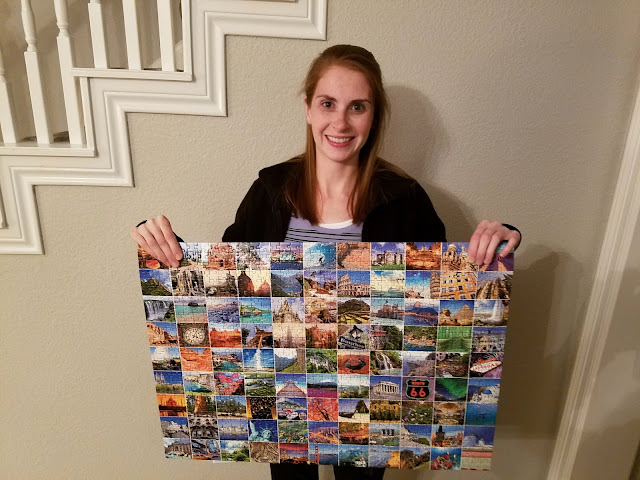 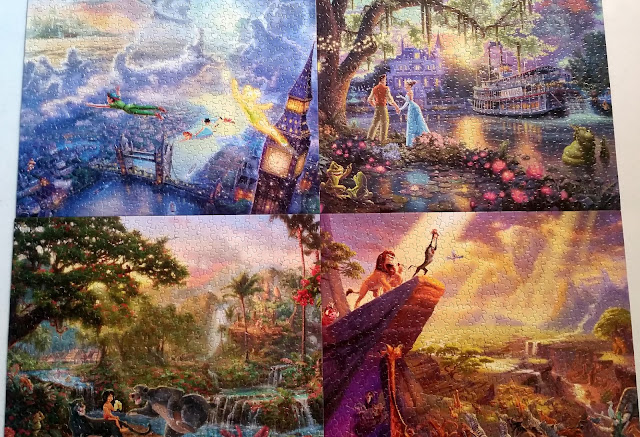 On New Year's Eve we had some friends over for food and games. I had put Sophie to bed because I didn't think there would be any kids coming, but then the Palmer clan all showed up so we got her back up to play with them. She thought it was the most amazing night ever! We did a mini celebration with all the kids at 9 pm, and then put them down so the adults could chat and play Code Names until midnight. 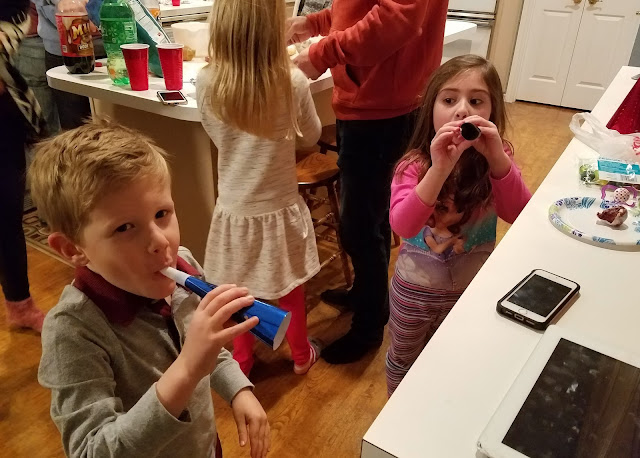 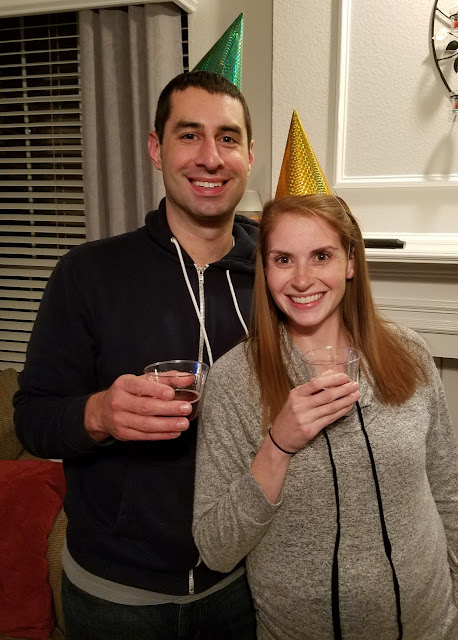 On New Year's Day Sophie went on a special date with grandma to see Coco, eat at Arby's, and then to the Lego store to pick out a surprise. While she was gone, Davey spent a lot of time hanging out with Papa, which left me with some rare time to myself, which I used to sit by the fire and work on a puzzle I got for Christmas. 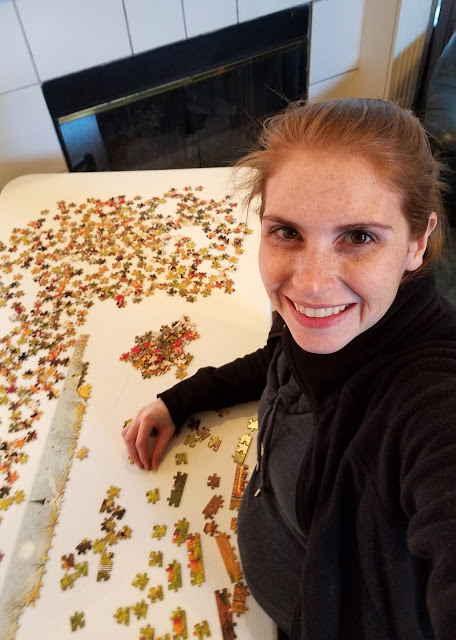 Sophie picked out a cute Lego cabin with Grandma and I helped her build it the next day while Davey watched PJ Masks on Papa's lap. 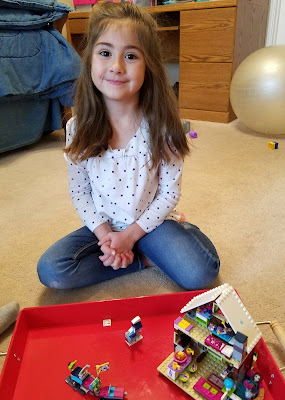 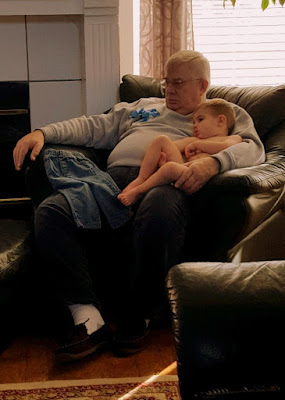 We used our museum pass to visit the Perot downtown one morning. Our last visit was when Davey was just a baby, so it was fun to go back. Every time the kids are able to do a little bit more as they get older. Sophie loved that Dave was able to come with us, since normally he's at work when we go places.

Video: The Cheetah Race that didn't go so well for either kid 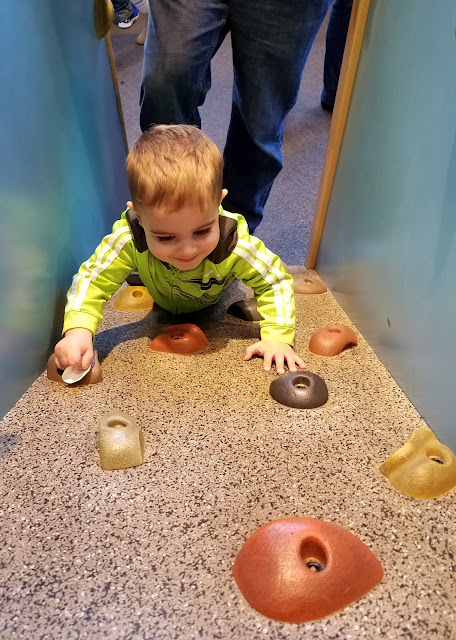 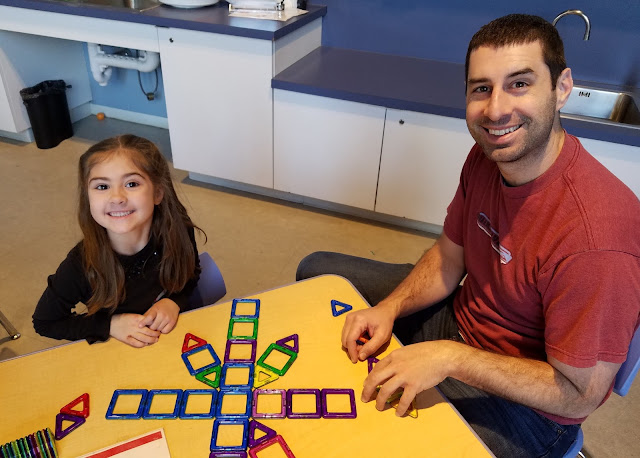 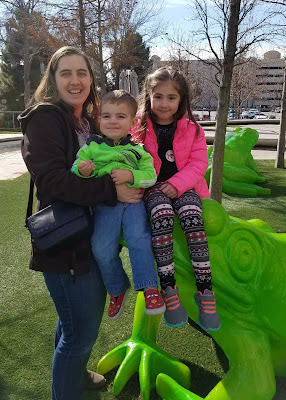 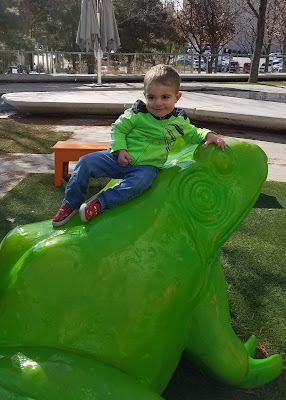 We also met Greg for lunch one day at a fancy food court. I got a waffle to share with the kids, and they dug right in! Dave chose some sort of Asian dish that only turned out to be so-so. 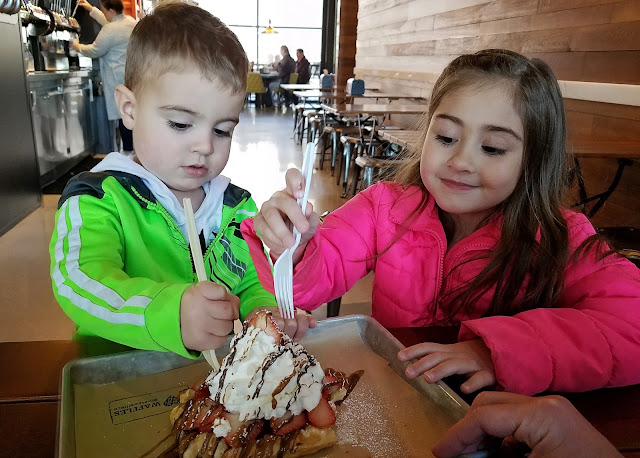 Afterwards we went for a walk through the shopping area since the weather was so nice. It was actually quite cold during our visit and it felt good to be out in the sunshine again after so much time indoors. 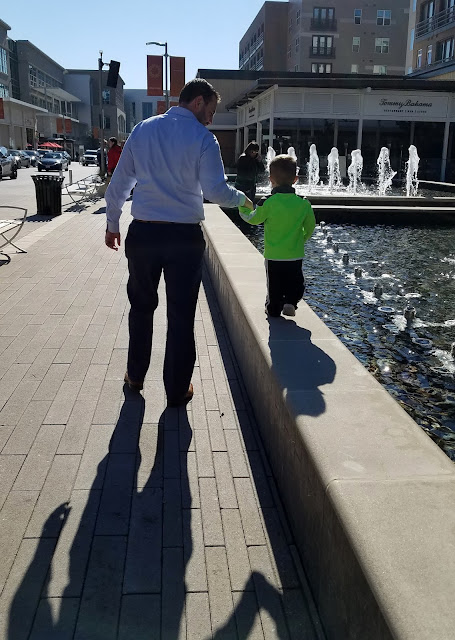 Video: We finished our afternoon by trying out the Sprinkles Cupcake ATM. Sophie selected a chocolate & vanilla cupcake and thought it was the most amazing thing ever to have it appear in the little door!

One of the highlights of the trip was a "Ladies Night" that will hopefully turn into a "Ladies Trip" at some point :) The dads watched the eight kids at the Palmer's house while we went and got pedicures, had dinner, saw the Greatest Showman, and then enjoyed dessert. It was a great night out! 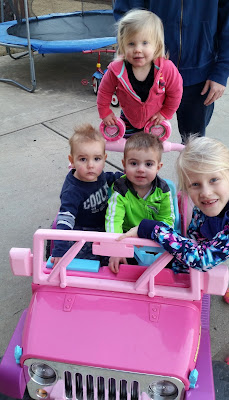 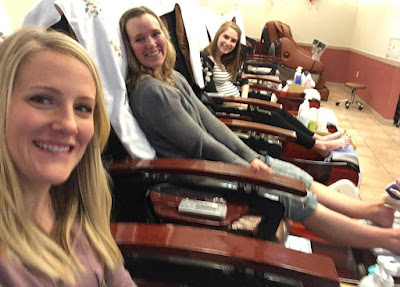 Bedtime stories with Grandpa on our last night 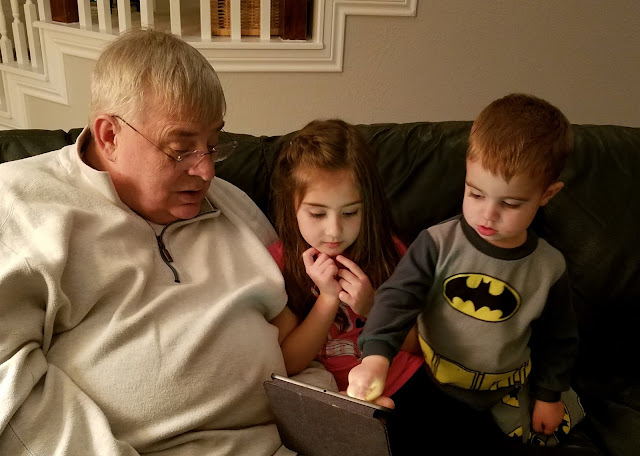 Video: Sophie helped Grandma and Liz work on this Lego carousel so we could get it finished before having to leave. It was pretty amazing when it was done!