We purchased a Groupon for mini golf at the nearby mall and used the MLK holiday to redeem it. In addition to our two kids, there was also an 8-year-old boy's birthday party, so things were a bit chaotic, but not enough to spoil the day.

It took a few holes for Sophie to figure out how to hold the club the right way, but towards the end she actually had some really good tee shots that went right near the hole. She really had a fun time and we had to keep making her slow down and wait so she wouldn't get too far ahead. We didn't pay for Davey, so he spent most of his time trying to take the club or ball of whoever would share with him.


Sophie loved the black lights, especially since we had matching shoes! 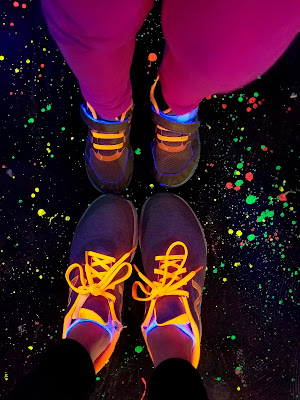 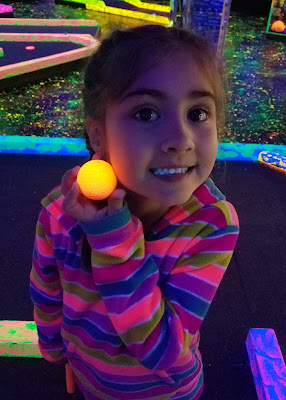 Dave had a handicap on a few of the holes, although when we looked back at his scores he was actually played better during the "one-arm" Davey holding phase than later one. 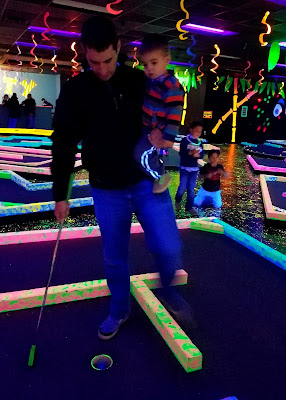 Video: Some footage of our little golf prodigies

I got a hole-in-one on the last hole and won a free game card! When I explained what had happened to Sophie, she said, "Oh, well I got a hole-in-lots! That was good too!" 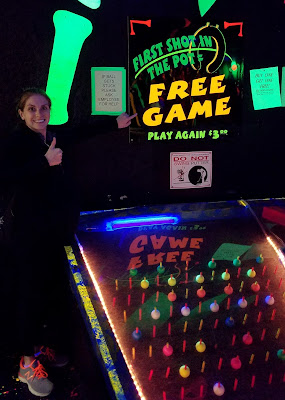 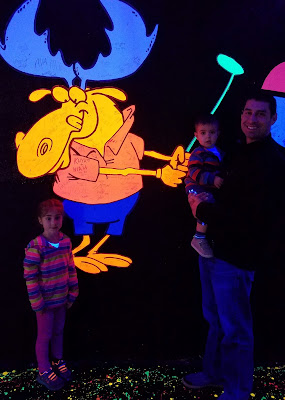 Dave and I were pretty much tied going into the 18th hole, but then I got the hole-in-one, which gave me the victory for the round! 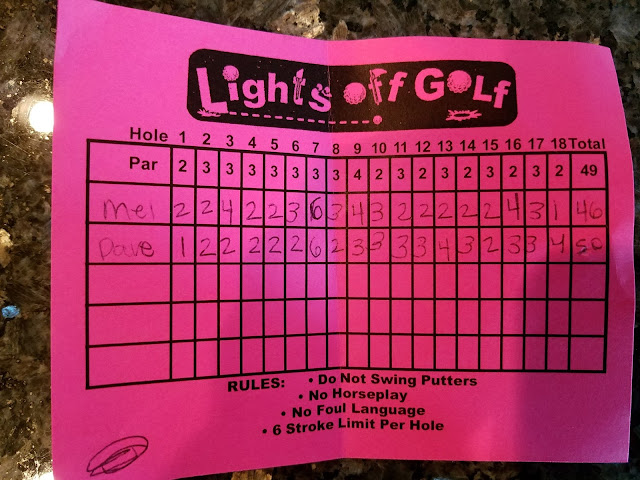