January has come to and end.... Overall it was a busy, but not especially exciting month. We survived all our Christmas travel and have now settled back into the regular routine, that will get disrupted again in just a few more weeks when baby boy arrives. Here are some notes and photos of things that happened:

Davey normally doesn't last long in the bath, but one time I turned the tap on to a very slow drip and that little bit of water kept him happy for a loooong time. 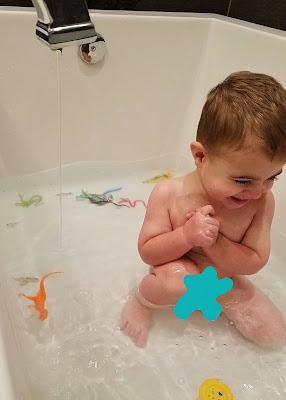 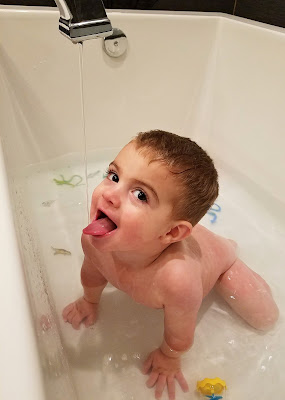 Davey and I went to shop the Target toy clearance (gotta keep up with all Sophie's birthday party invites) and he saw a bunch of robot transformers on the shelf and insisted that they go in our cart. I may have bought a couple to put away for later :) 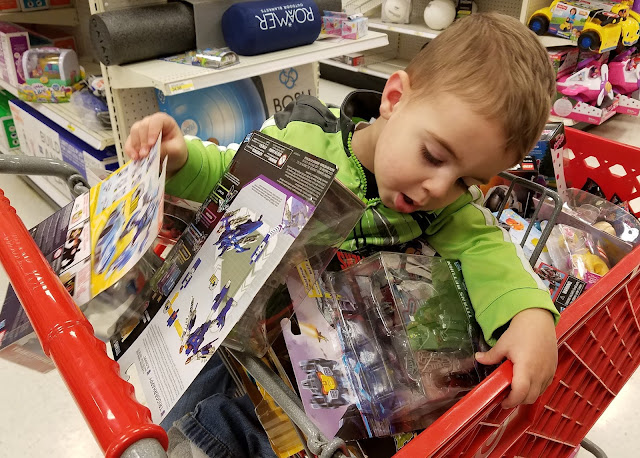 One afternoon I couldn't find Sophie after her quiet time. I didn't see her in her room when I opened the door, so then I started to search the house. After not finding her anywhere, I went back to her room and found that she had made a bed in the big box we got a diaper shipment in and fallen fast asleep inside. 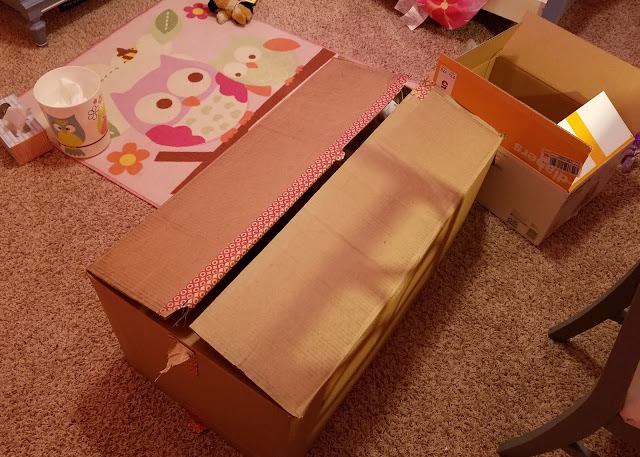 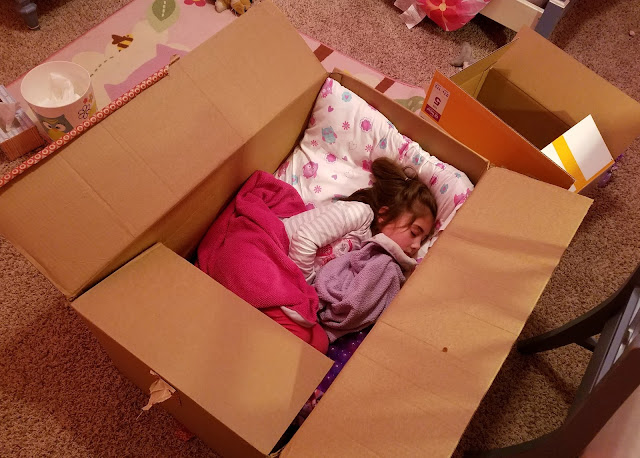 I have loved January because the Christmas gifts the kids received are still fun and new. Sophie has loved making creations with the magformer blocks and Davey is fascinated with Sophie's marble run. He still has to learn, however, that destroying it ends the fun. 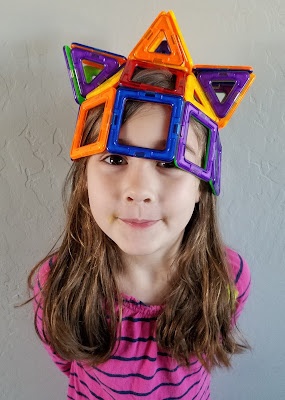 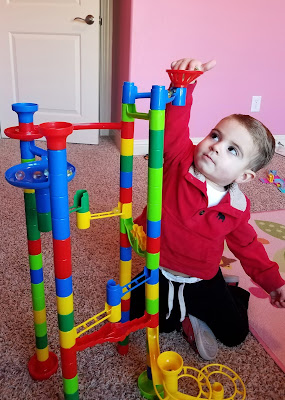 We found a couple new places to play this month! The Baptist church near our house has a big indoor play area that is FREE! I took Davey over and he was happy there for two hours. They have a couple play structures, and then a big open area with blocks, a tunnel, and play house. There is also a bigger playground upstairs that we go to when Sophie comes along with us. 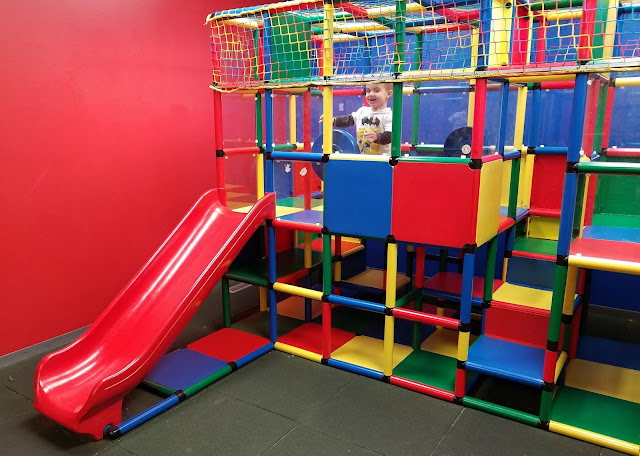 Luv 2 Play, an indoor play gym, also opened really close to our house this month. It's a bit pricey, but they started a $5 Mondays/Wednesdays deal that we went to try. The facility was really nice and clean, but the kids spent more time playing with the arcade games (that we didn't get tokens for) than playing on the playground. I'm sure we'll go again sometime, but it won't be part of our regular routine. 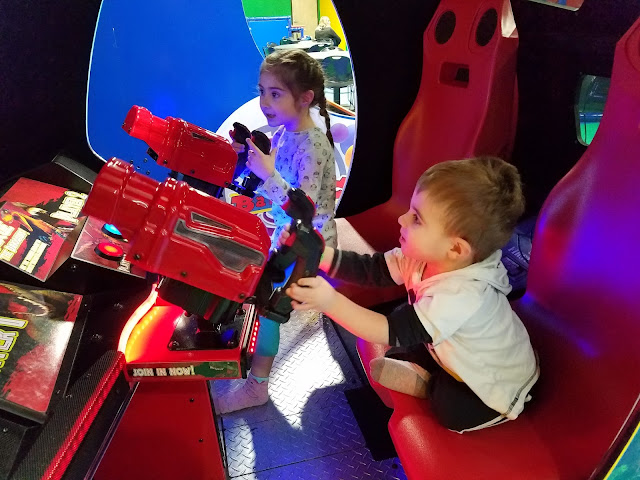 My sleepy boy, who only has four weeks left of being the baby of the family 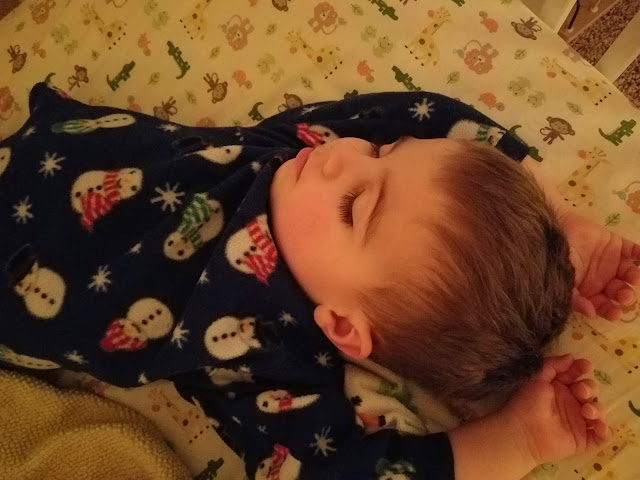 Sophie made this at preschool with marshmallows, and Davey found it... He didn't  seem to mind the taste of not-quite-dry glue. 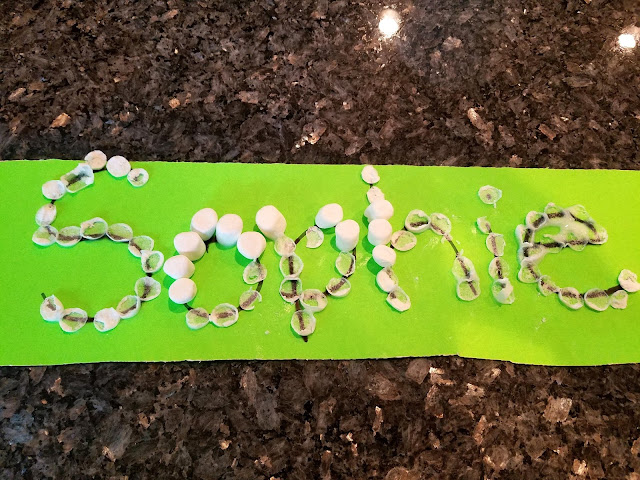 We finally gave up on the idea of finding used bar stools for a deal and ordered some online. It has been great to have another place where the kids can eat snacks, color, build Legos, etc... instead of the kitchen table. Eventually we will stain the tops to match the darker wood in our house. 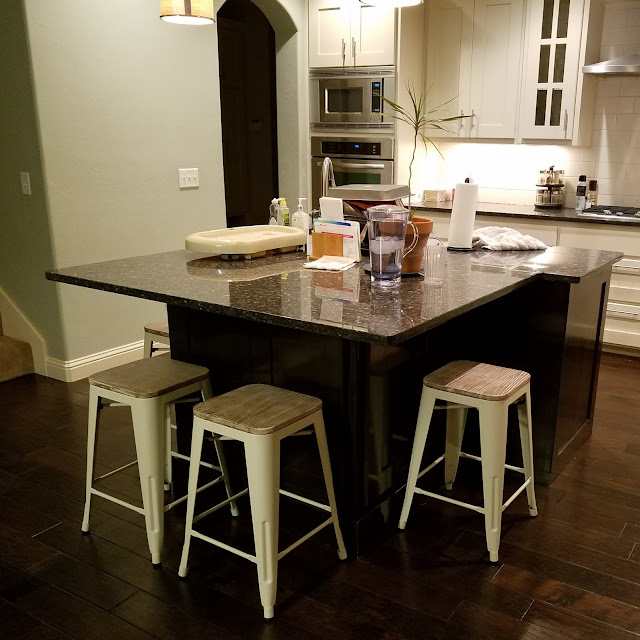 On a really nice Saturday we made a trip to the zoo. It was Dave's first time joining us. We got there right as the animals were receiving breakfast, so it was fun to watch them all wake up and come out to eat. Sophie, of course, loved the turtles the best. 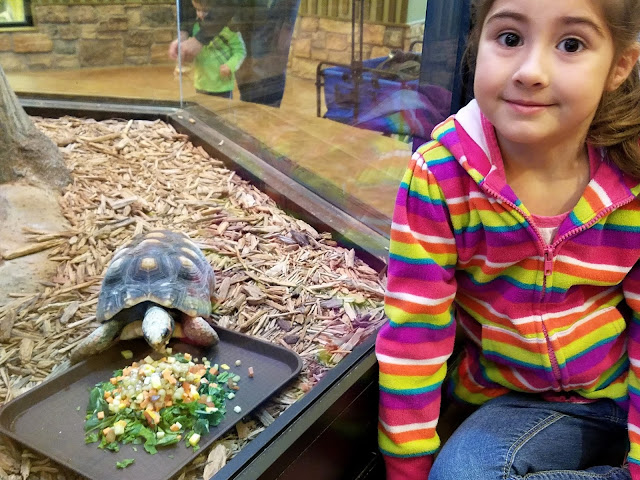 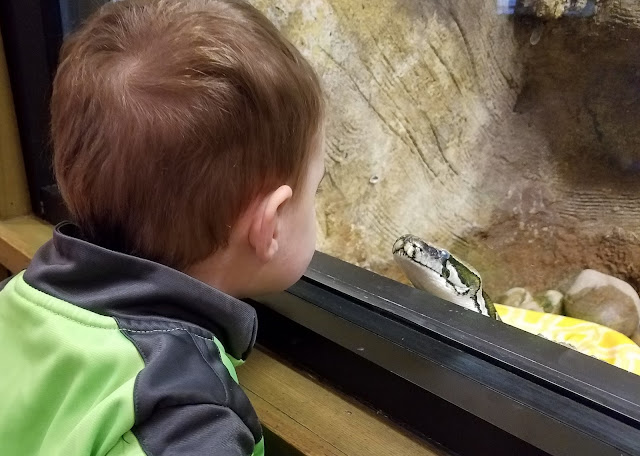 We almost never see the porcupines during our visits. They are always hiding in their den, but Davey dropped an apple slice near their fence and they both smelled it and came running over! They started digging and biting at the fence to try and get it, so Dave took pity and pushed it closer with a stick. Their exhibit sign said they eat fruit, so hopefully we didn't make them sick! 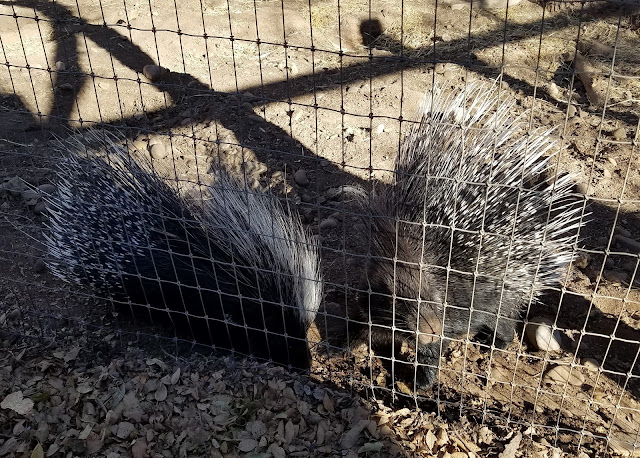 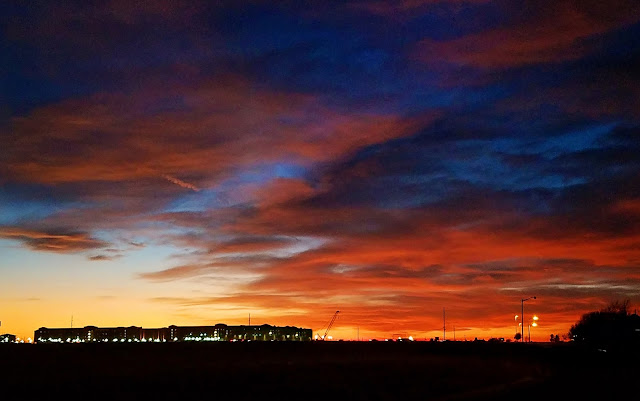 Video: Just a couple clips of the kids from the month