December really is the most wonderful time of the year! It was so nice to visit family for the holidays and we were also able to celebrate Dave's birthday this month, which was extra special because five of his friends drove up for the weekend to surprise him! I'm still a bit amazed that it all worked out, and am grateful to the wives that let their husbands go off an party while they held down the fort at home.

On a less exciting note, I also had major computer trouble this month, which is why the blog once again fell behind.... A Windows update caused my laptop to crash, killing the operating system. We took it to the repair shop, where after THREE weeks, they were able to recover my data and get things running again. Unfortunately the repair wasn't finished until a few hours after we left on our road trip, so I wasn't able to pick it up until January when we got back, but at least it is now fixed!

Here are some other photos from the month that didn't make it elsewhere:


December means pomegranate season! I still haven't found the perfect way to extract the seeds, but the end product is always worth the mess. Yum! 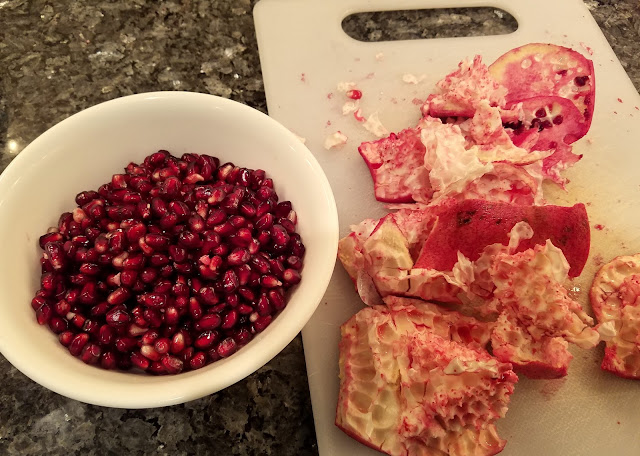 No trip to the grocery store is complete without a cookie! 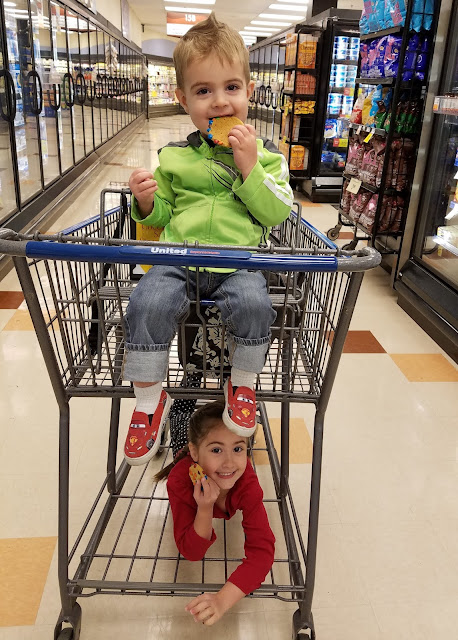 The new UPS distribution plan during the holiday season! There was a storage container in the parking lot of Sophie's preschool where packages would be dropped each day, and then this guy would deliver them around the neighborhood in his golf cart. I bet he got much better gas mileage than the regular truck! 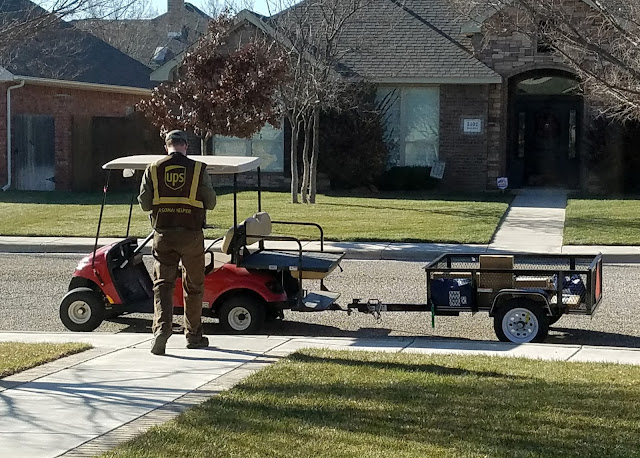 I love this goofy boy :) 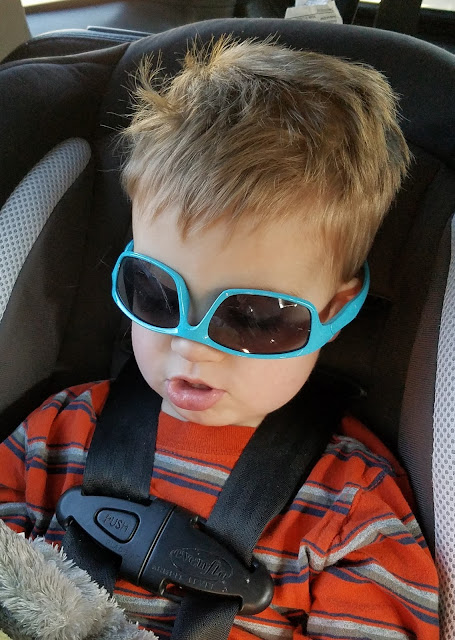 The only photos we took of Dave's birthday weekend. I kept asking him to take a picture with his friends, but he kept forgetting. The boys arrived on Friday night for XBOX and food (thank you Christie for sending them with this dessert). On Saturday they had a late breakfast, played more XBOX, then went to lunch while Dave had to attend a graduation, then went to play basketball, went out to dinner, and finally saw the new Star Wars to finish the evening. On Sunday morning they drove back to their families, and the kids and I did our own celebration. 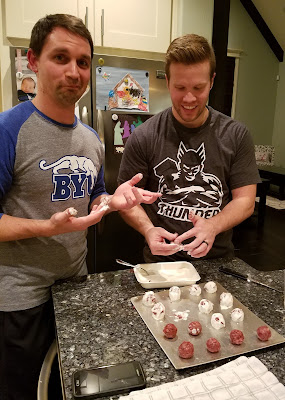 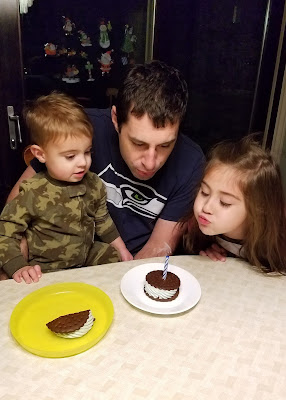 Every month our neighborhood sends out a magazine and when I was flipping through the December issue I saw that our kids had won the Halloween Costume Contest! We had never been notified so it was a complete surprise! Our prize was a jump pass to the trampoline center that Sophie will redeem with Dave sometime this spring. 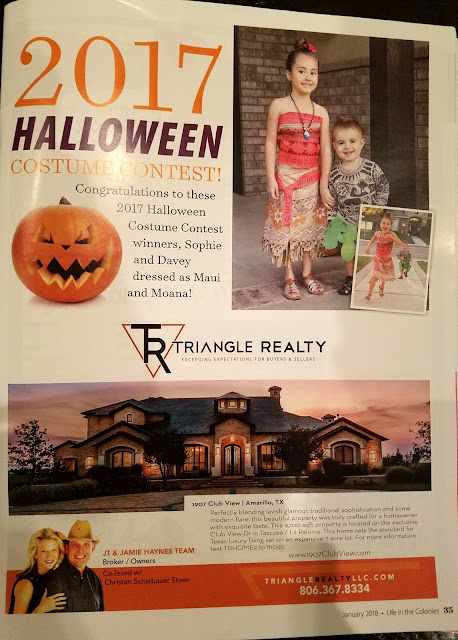