Christmas morning was wonderful! I'm pretty sure Sophie was up around 5 am, but Santa has delivered her stocking to her room and the little treasures inside kept her plenty busy until we came down at 7 am to see her. She showed us everything she got (chapstick, nail polish, a toothbrush, activity book, Pez dispenser, bandaids and some Pet Shop ponies) and then we went to get Davey.

He, of course, had no idea what was going on, but was thrilled with all the gifts and didn't even know what to look at first. Each present opened was his new favorite thing ever. From us Davey got some magformer blocks and a building plane/boat/car toy, and Sophie gave him a Rescue Bot Transformer. From us Sophie got some Palace Pet Legos and the Mini Mixie aquarium, and Davey gave her a bonus pack of Mini Mixie girls. Hopefully we didn't spoil them too much since they also received lots from both grandparents and cousins!

After looking at Santa gifts, we opened presents to each other, and then let the kids play with all their new stuff until cousins came over later that afternoon. Once they arrived we had had one more round of presents before digging in to a delicious prime rib Christmas feast. It was a very, Merry Christmas indeed!


In addition to their stockings, Santa brought them each the toy they had asked for (Hatchimals & Batman), a new Christmas book, and a surprise! 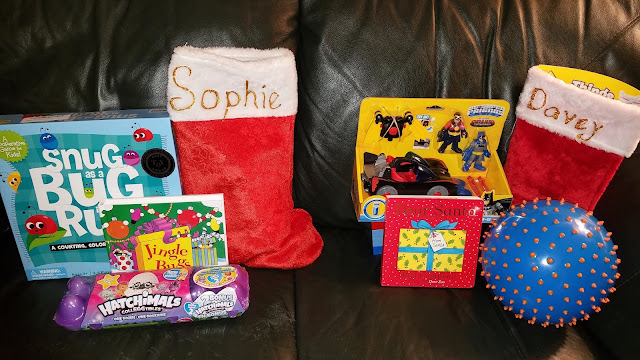 Sophie kept telling us how thrilled she was with the Hatchimals because she was expecting only 10, and Santa brought her 14 instead! She immediately started breaking them out of their eggs by stomping on them because she didn't have the patience to warm them in her hand. Davey was also excited to see that Batman came with a jet pack that shot little projectiles. He went around shooting people all morning, saying "Pew Pew!" 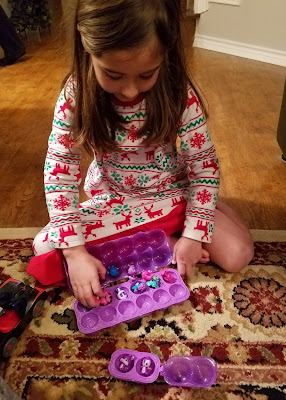 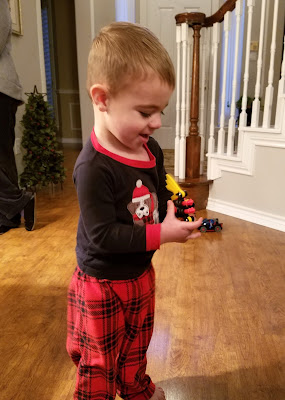 I sat by the fire most of the morning and it was wonderful. I tried to get a picture with the kids, but they wanted to get back to their toys. Can't blame them! 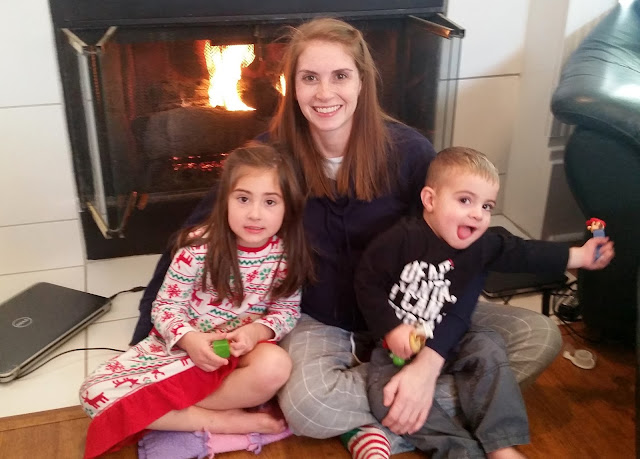 Davey snuggling with Aunt Liz after all the presents were opened. He really loves her and finally started saying her name on this trip instead of "no" or "bee." 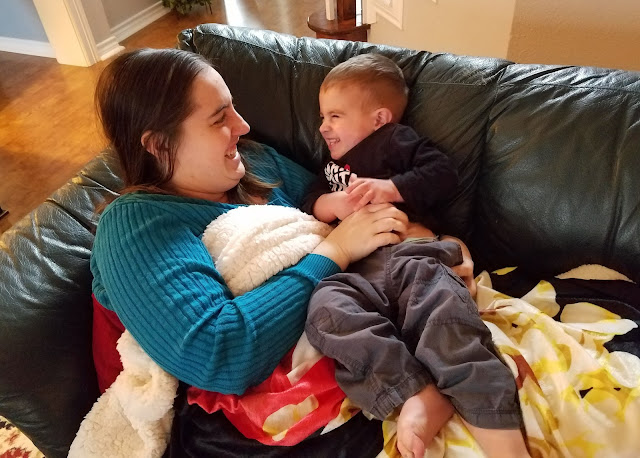 Video: The Kids on Christmas Morning