NATURE CENTER: We found out that the Nature Center near us has a program for little kids on the first Friday of every month. For November the activity was making bird feeders from apples, followed by a walk and then time in the dig pit. Sophie accidentally poured in a little too much bird seed in the bowl when we were making ours so we had enough filling to make, not one, but six bird feeders! We left four there and brought two home to tie on our trees. 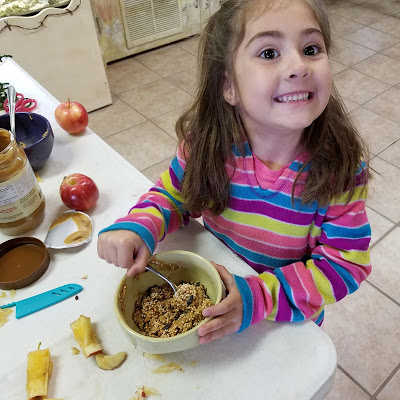 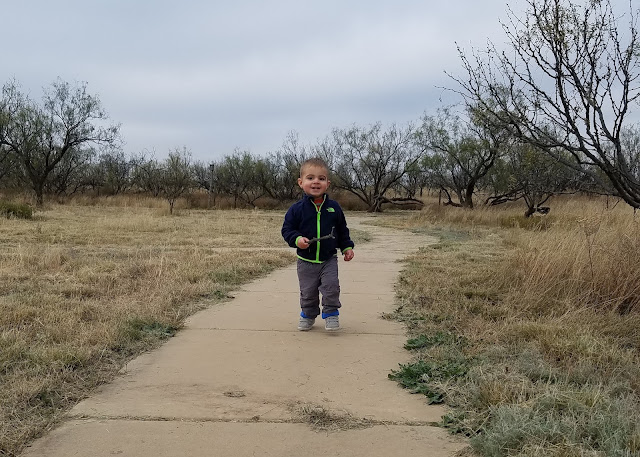 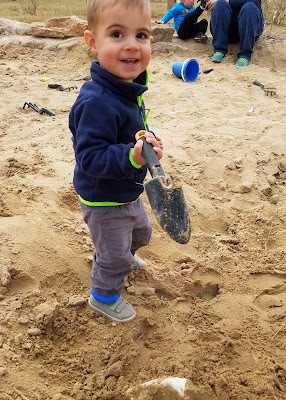 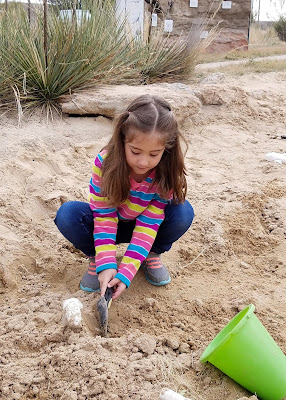 CARDEN SPECTACULAR CIRCUS: We discovered 2-for-1 admission tickets to the circus while picking up our pizza one night, and decided to go! It wasn't all that spectacular, but still a fun night out. We last went to the circus about a year ago when Sophie was three, and this time came prepared with our own popcorn, cotton candy, drinks, and glow wands for the kids, which really helped to lessen the impact of saying "no" to everything the vendors were selling.

Some of the highlights included elephants, dogs, tigers (Sophie's favorite), a trapeze group, jugglers, and the human cannonball. We were planning to leave at intermission because it was already past bedtime, but the cannon didn't come until the very end and Sophie desperately wanted to see that part and convinced us to stick around. When the big moment finally happened, she was so tired and emotionally fragile that the whole thing scared her and made her cry. 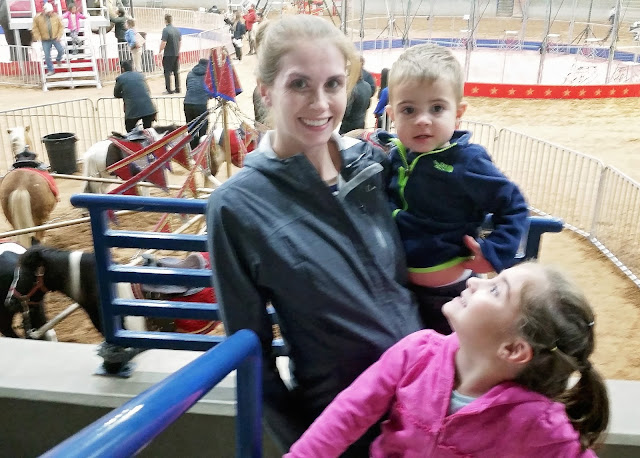 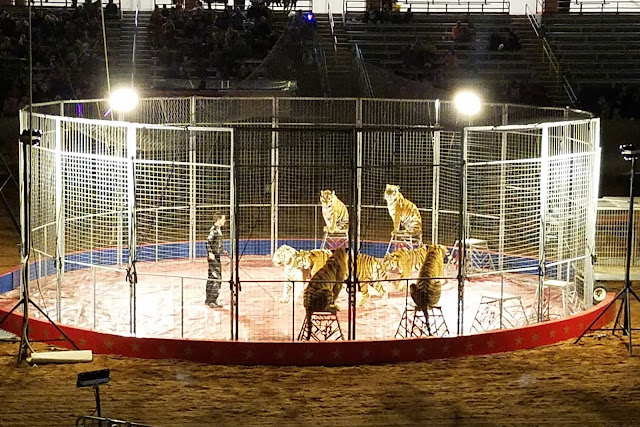 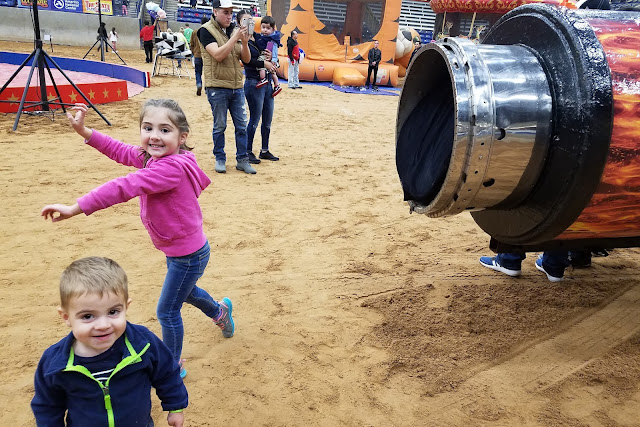 AMARILLO ZOO: The zoo used to have free admission on Mondays, but they finally decided to start charging so we ended up buying a family pass for only $35, and now we can visit any day we want! We went this last Friday, on what turned out to be an absolutely beautiful day. It was cool in the morning when we arrived, but warmed up nicely and we were able to ditch our coats and just play in t-shirts by the end.

The kids normally spend about half the time looking at animals, and the other half playing in the sand pit. As a bonus, this time they were in the process of setting up "Zoo Lights" while we were there and Sophie loved seeing all the decorations spread out, waiting to be placed. We will have to go back once the event begins to see everything all lit up. 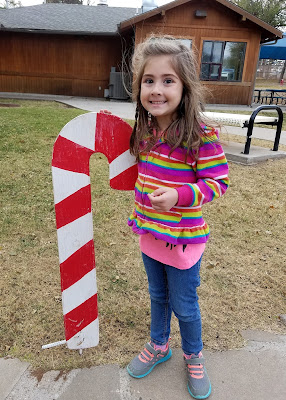 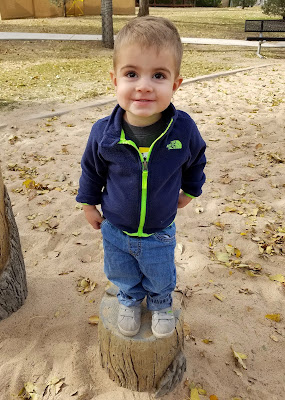 This lion stands up and roars about once every 30 minutes, but we always seem to miss it. This time we waited and watched for awhile, and then of course we heard him from the other side of the zoo about 3 minutes after we left. 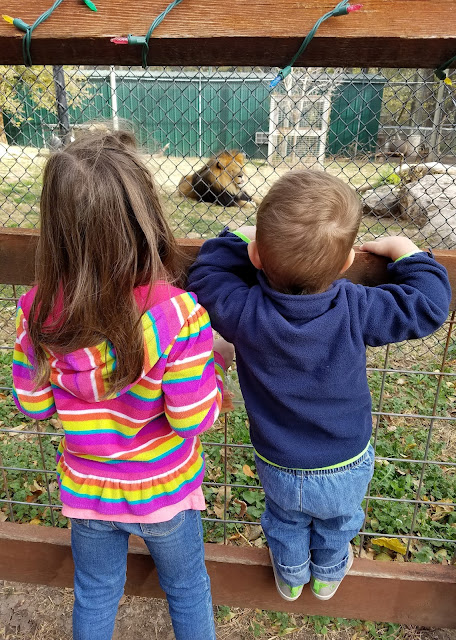