I feel like I say this every time, but November was another busy month! We fit in a lot of activities, in addition to our Thanksgiving trip. The weather here in Amarillo has still be really nice, but it's finally starting to look like winter could be around the corner and soon it will be time to put away the shorts. Here are some notes and photos of some things that happened:

On a walk with my buddy while Sophie is at school. We miss her, but it's nice to have some time together twice a week before baby brother joins us. 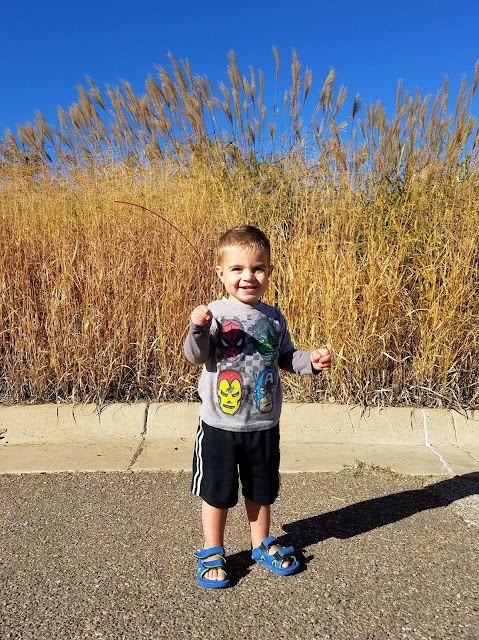 Sophie was super excited to bring home the proofs from her preschool picture day. There were four photos, and this was the best one. I didn't have the heart to tell her I wasn't ordering any, but I did take a picture with my phone for remembrance sake. 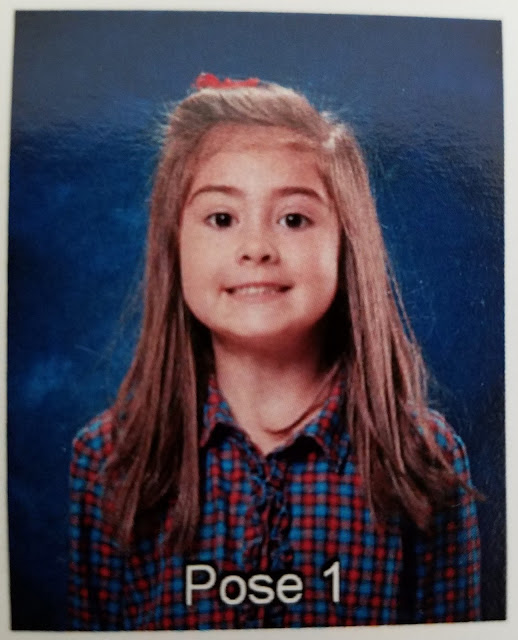 This is how he shows us that he is thirsty and would like a drink. We actually don't even use the fridge dispenser because we have a separate filter instead, but he seemed to know what it was for anyway. 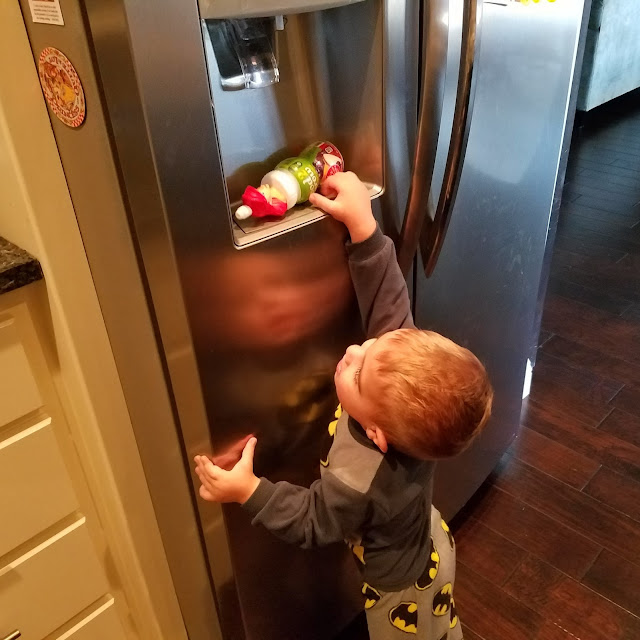 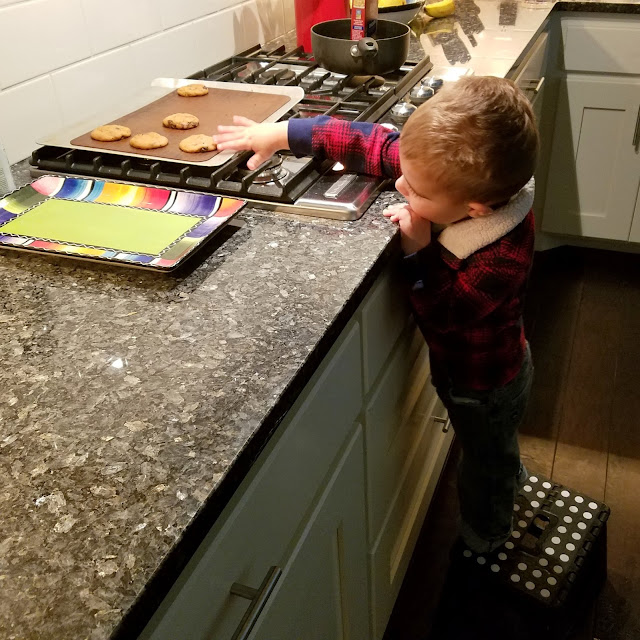 I thought we were past the age of blowouts, but he had a major one at Walmart and had to finish our shopping trip without pants. 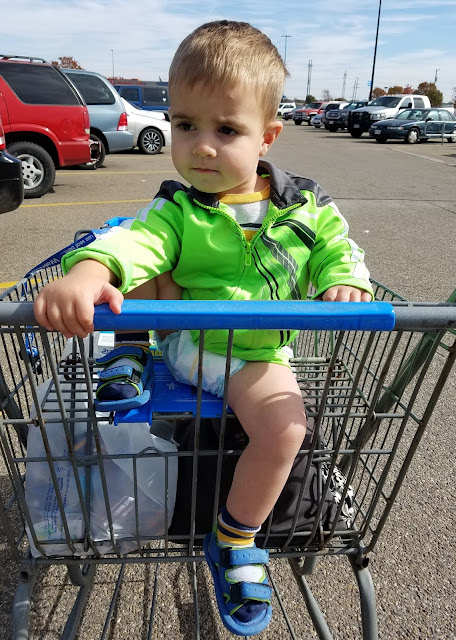 Trip to the library - the new wagon from grandma has been very handy! 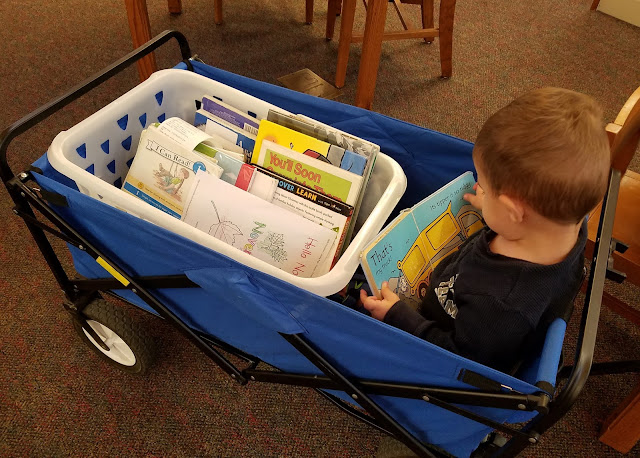 I have no idea where this photo is from. I found it on Dave's phone and thought it was cute though. 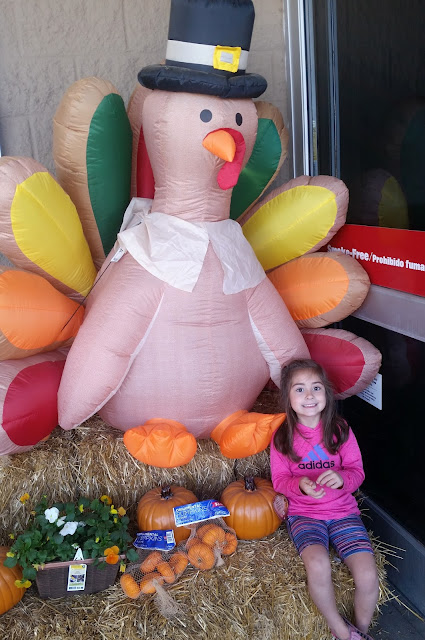 Someone has been waking up too early lately... 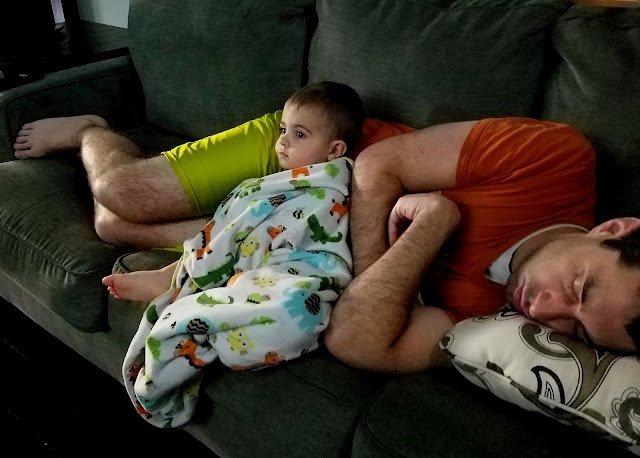 Candy Land has been one of Sophie's favorite games lately, especially since Dave introduced the element that the winner gets a real candy at the end. 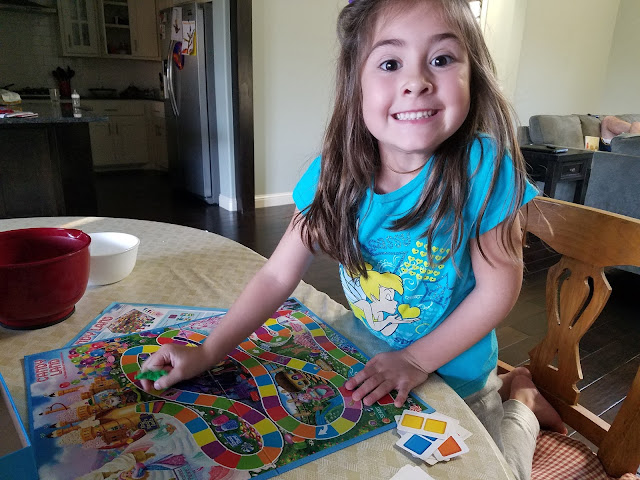 I got this cute advent tree of Amazon on Black Friday and the kids have had a great time with it. We started putting the ornaments on in November as a countdown to leaving for Grandma's house instead of counting to Christmas Day. 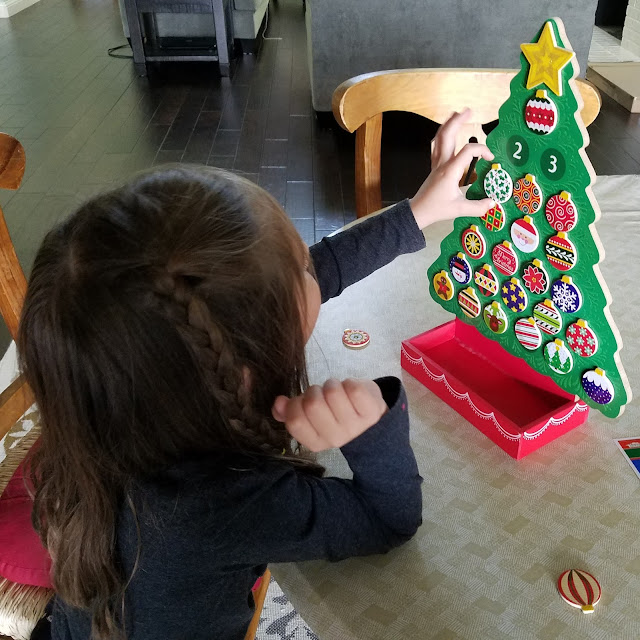 Another Black Friday find...We were actually not planning on getting a tree at all this year, but it seemed very Grinch-like to have nothing so I got this little 6 ft tree at Target for $30 and we'll upgrade some other year. Davey quickly started removing ornaments and even broke a couple that I thought were kid proof, so I put most of our good ones straight back into storage where they will probably stay for many years until we're out of the toddler phase. 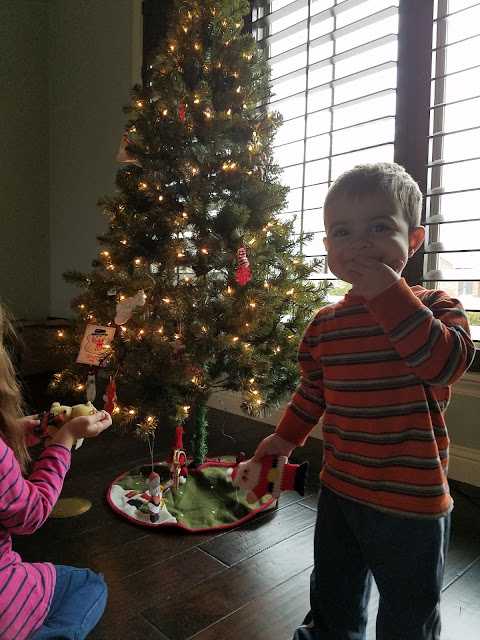